The NVIDIA GeForce 24GB RTX 3090 Ti Mining Hashrate Is About To Destroy Your Wallet! 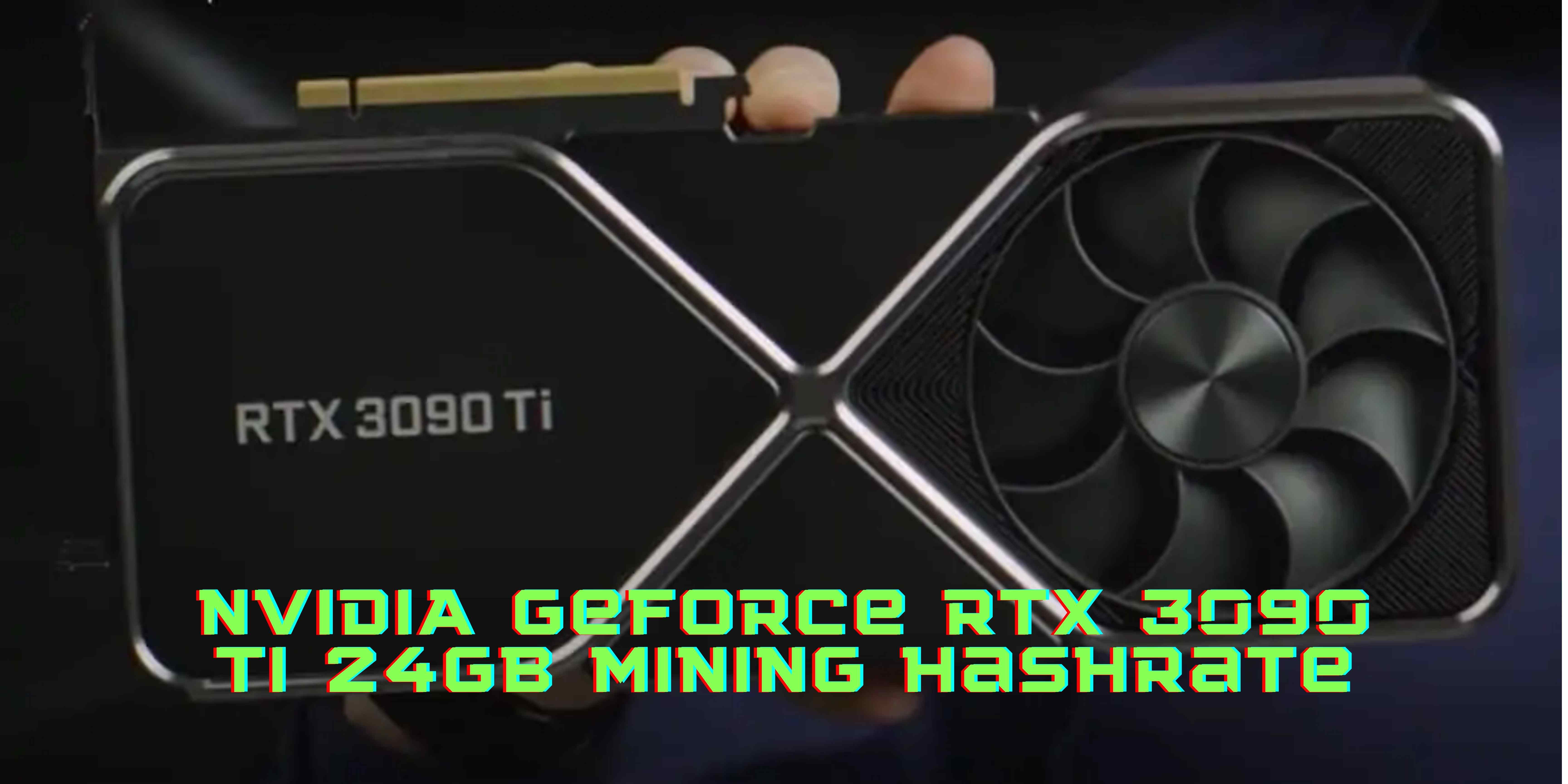 Nvidia recently unveiled the RTX 3090 Ti, the RTX 3090's improved version. Although the complete specifications have not been announced, the RTX 3090 Ti is likely to include quicker memory, larger memory modules, and a 10% faster clock speed than the RTX 3090. Continue reading to learn more about the 24GB RTX 3090 Ti mining hashrate and projected features.

The card should outperform its predecessors in terms of graphics performance and power consumption, despite carrying a higher price tag and using more power.

Due to the fact that the card is not yet available, there is no information on its power consumption or hashrates for various algorithms.

While the anticipated hashrates appear to be promising, it is possible that Nvidia may label the RTX 3090 Ti cards as "Lite Hash Rate" (LHR), similar to the RTX 3080, RTX 3070, and RTX 3060 Ti cards. The LHR identifier indicates that the card's hashrate has been lowered, resulting in reduced mining performance. On a more positive note, Nvidia has not yet announced if the RTX 3090 Ti will arrive with the hashrate cap.

Given that the current generation of the RTX 3090 is still in development a little over a year after this new card was revealed at CES, no release date has been set. The RTX 3090, on the other hand, was released on September 17, 2020.

Given the same timeline, it's reasonable to assume that this card will be available by Christmas 2022, just in time for gamers and miners to reward themselves with an upgrade.

If you're seeking the industry's most powerful GPU for mining, this appears to be your best bet.

However, if you're interested in purchasing one, there will be incredibly limited availability, and it's likely that it won't even make it to the retail market. If it does, make haste!