Rounders: History of the Game 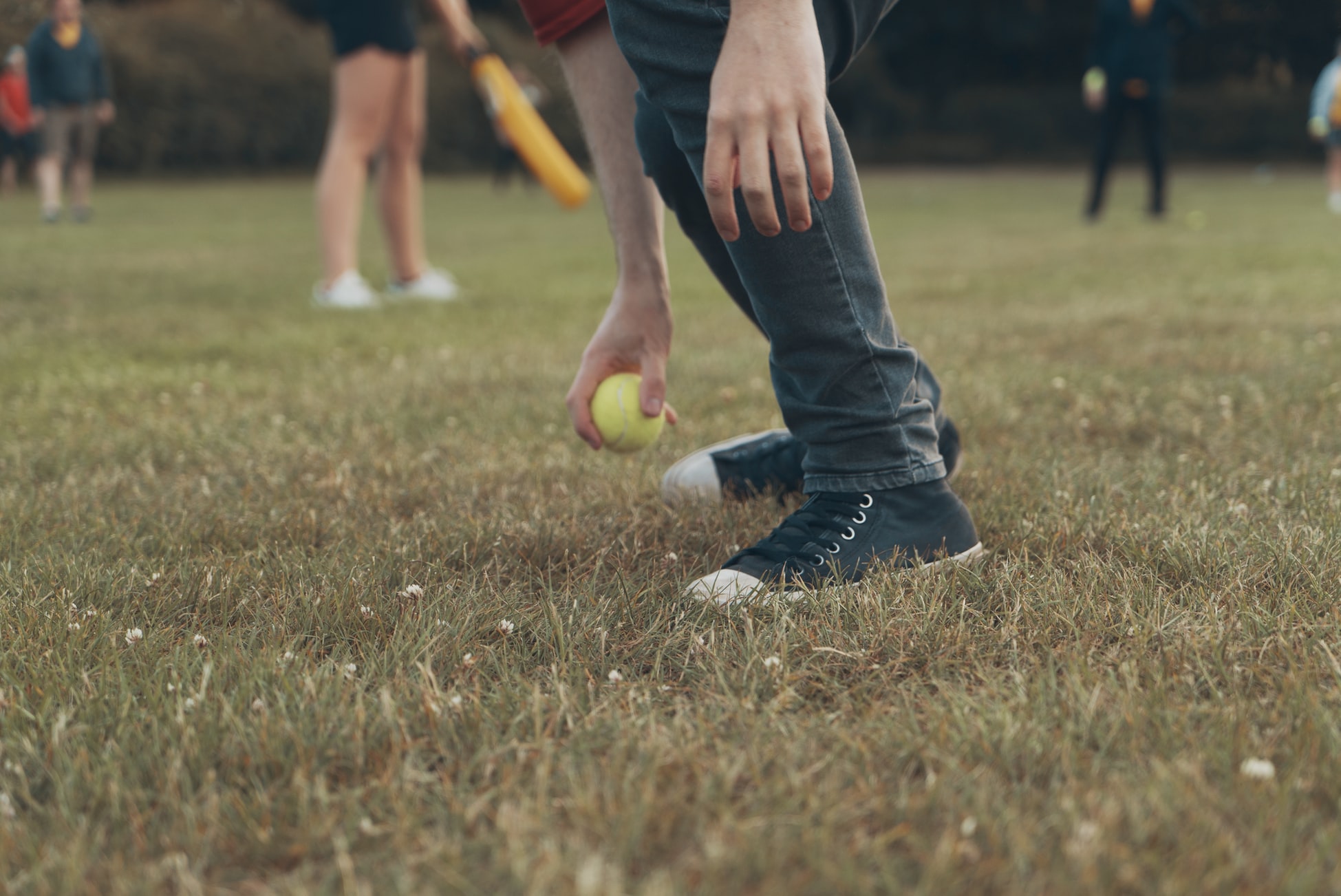 According to Qweetly, the history of rounders is as follows:

Rounders is played by boys and girls, men and women in every county, at different levels, from friendly games to International matches.

It is a striking and fielding team game, which involves hitting a small hard leather cased ball with a round wooden or metal bat and then running around 4 bases or posts in order to score a rounder.

Bowlers can bowl at over 60mph and batters can hit the ball at more than that.

Rounders is supported by Sport England and has media support to various degrees from local newspapers and radio stations and has featured on TV in local news items.

The rules are revised every 3 years by the members of the Association, the last review was in 2004 and the new rules appear in the current rule book 2005 - 2007.

The game of rounders has been played in England since Tudor times, with the earliest reference being in 1744 in "A Little Pretty Pocketbook" where it is called baseball. This explains why the two games are similar, and in fact, many students of baseball accept that their sport is derived from Rounders. This is the name used by Jane Austen in "Northanger Abbey". "The Boy's Own Book" of 1828 devoted a chapter to Rounders and in 1889 the Liverpool and Scottish Rounders Association was formed. The first official rules did away with the practice of putting a running batter out by hitting them with a thrown ball.

In 1943 the Women’s Team Games Board decided the range and scope of the sport were such as to make it necessary to form a National Rounders Association. It was to be responsible for the rules of the game and for arranging National tests for the Umpires and Coaches. Its aims were to foster in every way the development of the game. Rounders remained mainly a game for school children but played by adults on a beach or in the parks although leagues did exist and flourish in places such as St. Helens and Sheffield where they were based on works sports clubs. Then in 1968, the Sheffield Works Sports Association affiliated with the NRA. The association had been formed in 1919 and a Rounders section had been started in 1961 although St Helens was the first post-war league to be formed.

Rhyl was the next adult association to affiliate with the NRA and they hosted the first National Tournament in 1976. Much to their surprise, they found the greatest demand for entries came from the mixed adult clubs.

A Sheffield Club won the first tournament There are now various tournaments at different levels A national ladies league has operated for 3 years with all member leagues being eligible to enter, Sheffield is the current champions. Sheffield club Mixtures are the current Ladies club champions and the South Yorkshire League are the Representative Champions at Ladies, Under 21 and Veteran levels.

It was Rhyl and Sheffield who organized the first Representative match between England and Wales in 1977. Matches are now played at Senior and Under 21 levels on a home and away basis. In 1982 the England Squad visited America to introduce our game of Rounders to Softball teams in Florida.

Predictably the Americans won at Softball and the English won at Rounders. When Dublin celebrated its millennium in 1988 England teams were invited to take part in some matches against Irish Rounders teams. The Irish game is very similar to Softball.

A mixed Irish team has since visited England to take part in the National Tournaments. Since 1997 the number of International teams has increased and matches are played against Ireland, Scotland and Wales at all levels from under 13 upwards.

An international team visited Bequia in the West Indies to play matches against their representative teams and came home undefeated. In addition, two teams from Sheffield and St Helens travelled to Rome to demonstrate the game to Italian sports professionals.

In 2001 England Under 18 team travelled to Toronto to introduce rounders to softball clubs there.

In 2005 the England Senior team competed in the Gary Kelly Cup in Ireland, and junior teams toured the Isle of Man and the Channel Islands.

The structure of the National Rounders Association is gradually changing to cater to the increase of interest. In 1984 Leicestershire were the first to form a County Association. South Yorkshire, Northamptonshire, Dorset and the North West have since also formed County Associations. The Women's Army Rounders Teams play in various parts of the world and travel many miles for their Cup Competitions. There are Rounders Roadshows featuring International players at various parts of the country to demonstrate the sport, and International trials are held each year.

The funding given to rounders in recent years by Sport England has helped leagues start-up in several areas of the country so that there are now over 40 adult leagues in various parts of the country. Contact has been made with clubs and leagues in The Virgin Islands, Nigeria and schools playing rounders in Kenya, one of which toured England playing a number of schools. Several schools in the USA in Texas, California, New York and Seattle have purchased rounders equipment from one of the NRA’s approved suppliers to introduce the game there.