Romanian Culture on its Radical Changes and Modernization 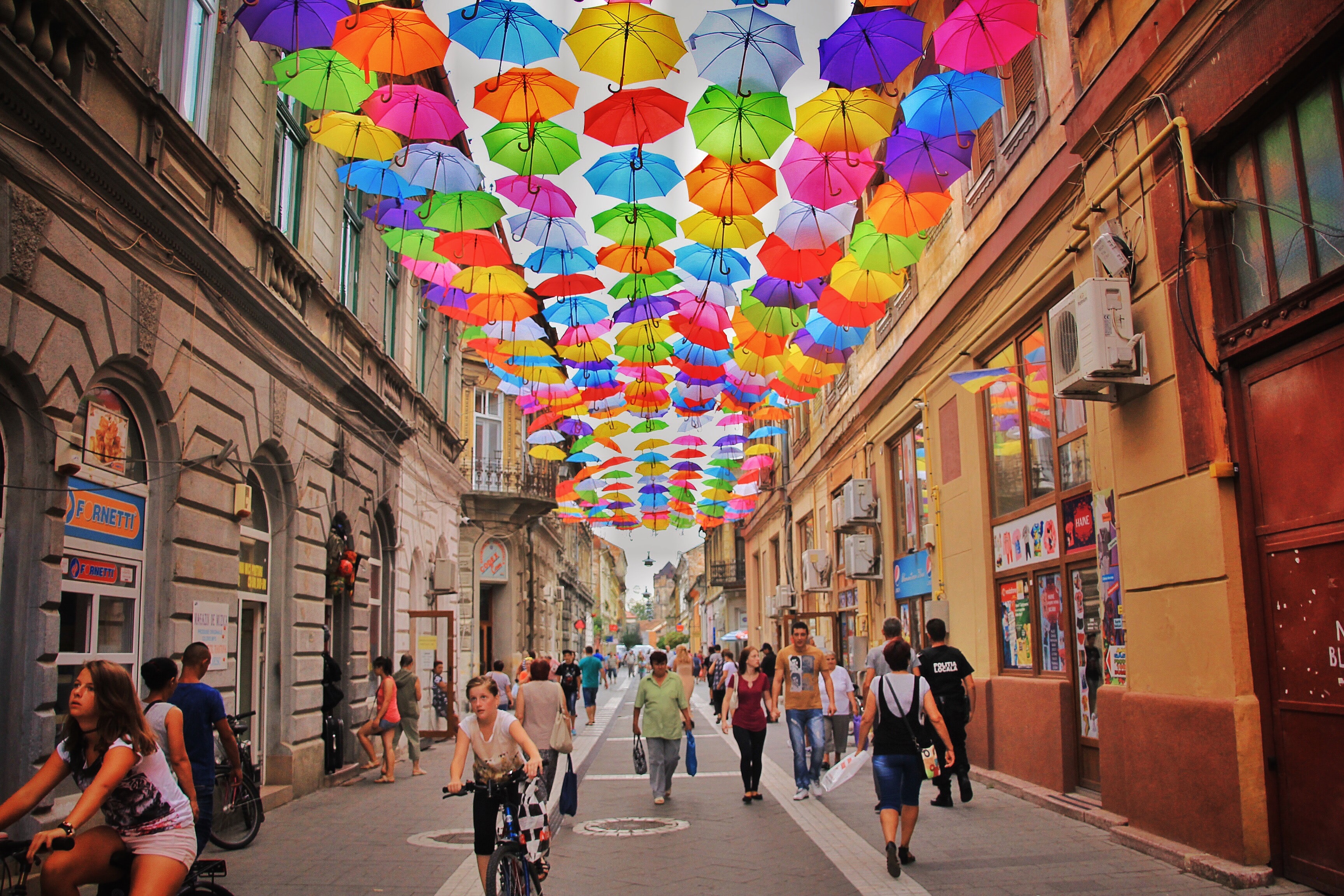 Romanian culture has its own ethos, generated by the geographical and historical framework of its evolutions. Trends belonging to distinct cultural areas and traditions have, simultaneously or successfully, intermingled in this context. The sole Christian Orthodox believers among the Latin peoples and the sole Latin people in the Eastern Orthodox space, Romanian tenaciously preserved their Roman roots and tried hard to harmonize it with their Orthodoxy, to turn their ethnic "insularity" into a fecund dialogue with other cultures.

From the first forms of state organization down to the 18th century, Romanian culture and civilization knew two coexisting, alternating or intermingling trends: one European and the other Oriental. Their relation depended on the region, on the specific cultural domain (architecture is a sphere of coexistence and confluence of both trends, while painting, linked more closely to religious cannons, is integrated into the great Byzantine tradition), on epoch (in Moldavia and Wallachia the Phanariot rule was an age of maximum Oriental influence, felt more specifically in towns, while rural civilization preserved its traditional forms).

In 1508 Prince Radu cel Mare of Wallachia ordered monk Macarie to print a prayer book. That was the first book printed in Slavonic on the Romanian territory. The Romanian language was late to be adopted in written literature, the first book in Romanian being printed in 1544. In Church and chancellery writs Slavonic resisted as late as the 17th century.

Another feature of Romanian culture is the special relationship between folklore and enlightened culture, determined by two factors. First, the rural character of the Romanian communities imprinted unusual vitality to the folk culture. Second, until the 18th century, learned culture consisted mainly of historical, juridical, moral or religious works and developed around the courts of princes and boyars, as well as in monasteries. An outstanding personality was Prince Dimitrie Cantemir (1673-1723), a member of the Academy of Berlin, whose work on the Ottoman Empire won European fame. Folk creations (well-known in this sense is The Ewe Lamb / Miorita, a ballad symbolic for the Romanians' submission to fate) were both a source of inspiration for cultivated creators and a structural model. In a political history full of rebounds, the more culturally dynamic proved the epochs of stability when stages were stepped up or even stepped over, when one witnessed a synchronization with contemporary European Culture. This stands true for the years just before and after the abolishment of the Phanariot rule when, in a favourable historical context, Romanians chose the Western way of life, mainly the French model, which they pursued steadily and at a fantastic fast pace.

Since the end of the 18th and beginning of the 19th century, the cultural élite of the Romanian Principalities, had studied in Paris and French would become (and stay so until the communist years) a genuine language of culture. The modeling role of French culture (especially in the domain of political ideal, administration and law) was paralleled, from the mid-19th century down to World War I, by German culture, particularly in Moldavia, where many intellectuals studied in Berlin. In Transylvania and the Banat, the Habsburg rule and the presence of the Transylvanian Saxons and of the Swabians in the local communities triggered constant relationships with the German world not only at a cultural level - the Transylvanian élite's principal educational centres were both Vienna and Rome - but in daily life as well. The influence of the German space was felt especially in the humanities (poetry, philosophy, logics, philology) and technical sciences.The period of radical changes and modernization of Romanian culture coincided with the creation of the national state, upon the union of Moldavia and Wallachia, in 1859. The national identity was thus defined in relation to the European model. Later on, the few decades of peace of the interwar period, after the completion of all the Romanians' union into one state in 1918, were devoted to the synchronization with European culture. In both processes, not devoid of polemics, of confrontations between conservatives and the advocates of progress, the assimilation of Western culture and the capitalizations of local tradition proved highly beneficial. The outcome was the emergence in the Romanian literature of the greatest classics: Mihai Eminescu (1850-1889), Ion Luca Caragiale (1852-1012) and Ion Creanga (1837-1889). During the interwar period, the most telling example in this sense is Constantin Brancusi (1876-1957), the innovator of word sculpture by immersion in the primordial sources of folk creation. The interwar cultural life was in full effervescence. The overwhelming personality of the historian Nicolae Iorga (1871-1940) brought into European debate both the Romanian historiography and the Romanians' history. Defining collective identity through the relationship between traditional and West European trends was a hot subject. The debates and polemics were joined by outstanding names, such as Nae Ionescu (1890-1940), Mircea Vulcanescu (1904-1952) and Lucian Blaga (1895-1961) who insisted on the traditional component, and others, like Eugen Lovinescu (1881-1943) who militated for a European approach.

After the enthronement of communism freedom of creation was constantly restricted by forms differing in various stages: an attempt to build up a new cultural identity on the basis of socialist realism and lend legitimacy to the new order by rejecting traditional values (the Sovietization period); relaxation of dogmatism and ideological control in the '60s; pressures to impose a showy nationalism during the two decades of Ceausescu's dictatorship. The attitude of power towards the men of culture varied along the time from purges and interdictions (mass wide in the '50s) to their being lured into the trap of privileges.

The split between official and genuine culture would gape wide under communist rule. On the one hand, against the authorities' intentions, the outstanding works were perceived as a realm of moral truths and the genuine men of culture formed the object of a real cult. On the other hand, the slogans disseminated nationwide through the forms of official culture helped the widespread of simplistic views, of pseudo-truths among some ranks of the population. The tension between these two directions is still alive and it can be perceived at the level of society as a whole.

Another aftermath of the communist attitude towards the élites, in general, was the creation, for the first time in Romania's history, of a real diaspora including great personalities of the scientific and cultural life: George Emil Palade, Nobel Prize winner in biology; philosopher Stephan Lupasco; Mircea Eliade (1907-1986), the renowned historian of religious; Eugen Ionescu (1909-1994), the playwriter of the absurd; Emil Cioran (1911-1996), "the greatest French-writing master of style after Pascal"; Vintila Horia (1915-1992), a novelist who preserved the Romanian space as a constant of his writings.

Specific to the communist rule in Romania was the permanent repudiation of the members of the diaspora, labeled as traitors of the motherland. So, neither Mircea Eliade, nor Eugen Ionescu or Emil Cioran, whose works would be published in this country sporadically after 1960, could see their native land again. It was only after 1989 that the process of regaining the values of the diaspora and of reintegrating its personalities into this country's culture could be started, a process marked in its turn by tension and disagreement. The fall of communism in 1989 elated the cultural world, but the embarkment on the free market economy and the rigors of the transition period faces it with a tough experience.

On the one hand, the elimination of state political control brought about the long dreamt freedom of creation, but along with it culture stopped being state-subsidized and the relationships with society are governed by the free market economy, all this hindering an adequate cultural activity. On the other hand, culture and, first of all, Romanian literature, have to cope with the competition of a surging wave of imported culture and with a mutation in the population's interest towards other zones of the public discourse (the press, television). The search for a new cultural policy seems to prevail now, beyond the tension implied by the very problems of creation itself.