Experience The Arcade With A Rod Hockey Game 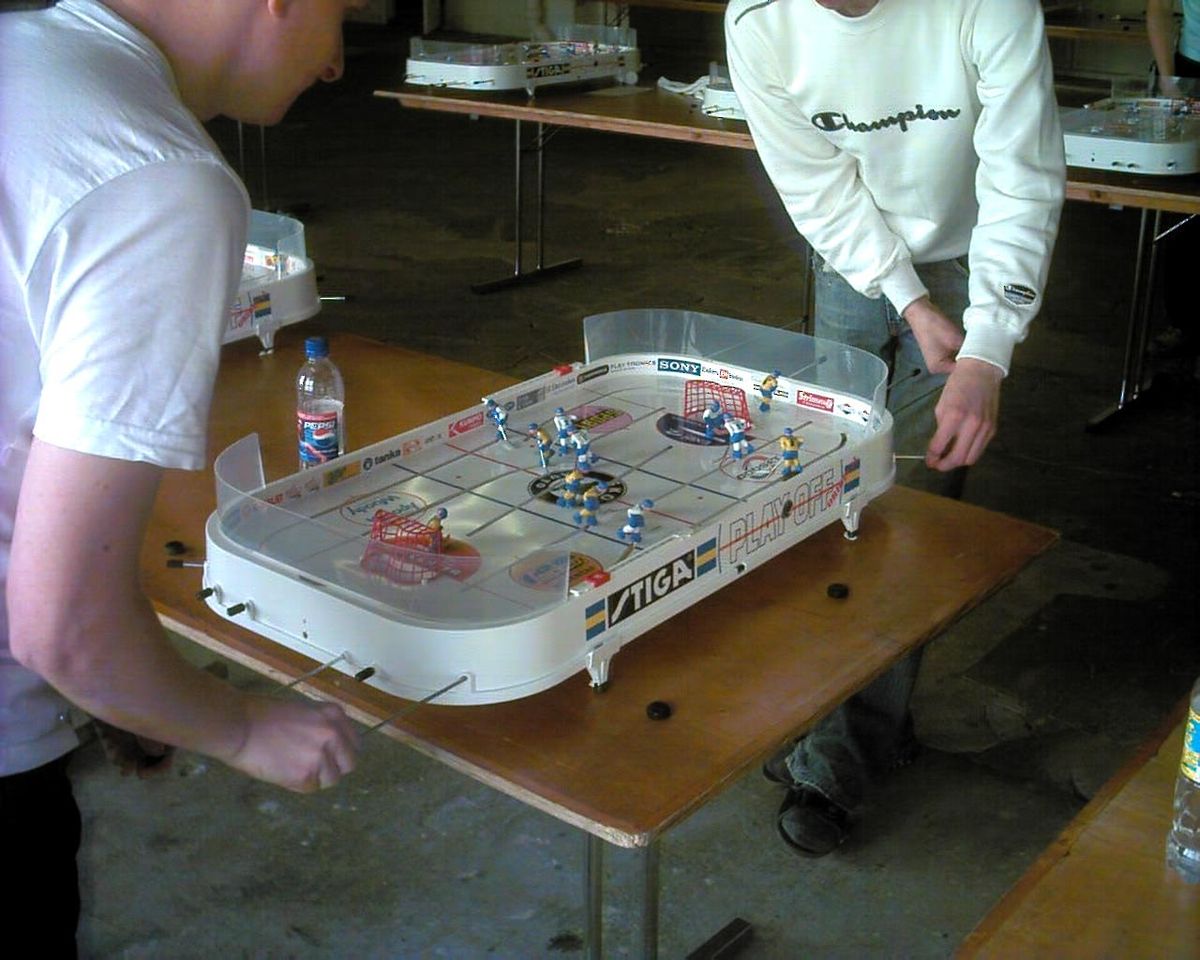 A table hockey game, alternatively referred to as rod hockey, stick hockey, bubble hockey, or board hockey, is a two-player game derived from ice hockey. The game is played on a miniature hockey rink; players score goals by launching a small puck into the opposing "net" using cutout figures representing hockey players.

The figures are manipulated by rods beneath the "ice": when the player pushes or pulls on the rod, each one slides forward and back along its own narrow slot, or rotates (around a vertical axis) to shoot or stickhandle the puck when the player spins the rod. While table hockey games are conceptually similar to air hockey (commonly referred to as "glide hockey"), they are more of a simulation of the sport of ice hockey, whereas air hockey is more abstract.

Who Invented The Rod Hockey Game? 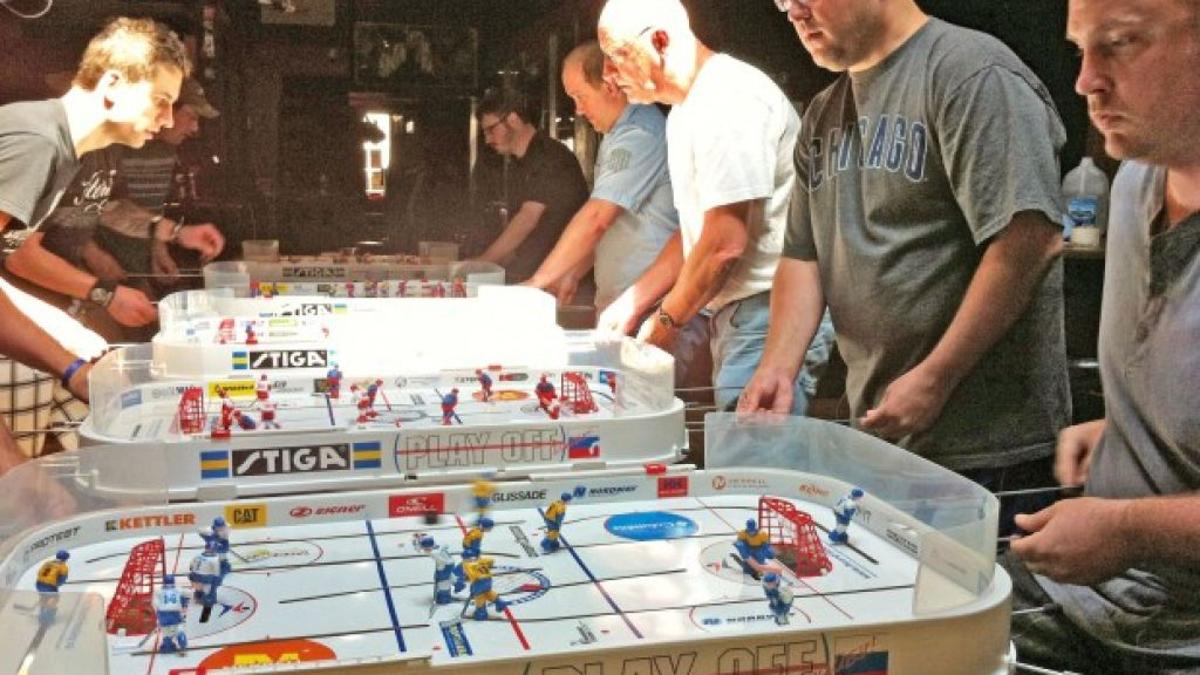 Table hockey was invented in 1932 in Toronto by Canadian Donald H. Munro Sr. Don, like many other Canadians during the depression, was strapped for cash for Christmas presents. He was married and had three small children. That year, the entire family chipped in to create the world's first table hockey game.

This mechanical game was constructed entirely out of scrap wood and metal, including coat hanger wire, butcher's twine, clock springs, and coal bin lumber. Unlike modern games, this one resembled an early pinball machine, with one significant exception: it was a two-player game. The playing surface was crowned in the center and slanted downward toward the ends.

The goalie was controlled by levers, while the players were controlled by flippers. According to the story, a traveling salesman noticed the game and encouraged Don to bring it down to the neighborhood Eaton's department store. Don accomplished precisely that. The first game was purchased on consignment. By the time Mr. Munro returned home, the game had been sold and additional orders had been placed.

Since the 1920s, the game has also been played in North America on a variety of commercial boards. Since the 1980s, Rick Benej of Greenwich, New York, has been building table hockey games. Over the years, his model has undergone three distinct design iterations and refinements.

For many years, the most popular board was manufactured by the now-defunct Coleco company, and the majority of boards sold in North America (such as those manufactured by The Carrom Company and Irwin Toys) are variants of this model. However, the Stiga board has begun to penetrate the North American market, despite the continued introduction of new boards.

Another table hockey game, Do-To-Ho, is quite distinct from the others mentioned here. The play figures are not attached to bars and are free to move throughout the playing field. Their bases, like the puck's, contain a ball bearing, which allows them to glide across the board like ice skate runners.

If the aggressor misses the puck or collides with an opposing play figure, possession of the puck changes. Do-To-Ho was created in Germany and first appeared in 1994.

Stiga also makes a board similar to this one with a football theme.

There is nothing that compares to a good game of hockey. However, if you lack the time—or access—to a real hockey rink, the next best option for enjoying your favorite game of puck is a rod hockey tabletop game.