Primitive Moneys And Bitcoin - The Island Of Rai Stone Money 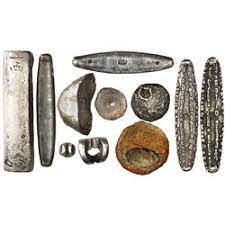 Large round disks with a hole in the centre weighing up to four metric tons were used as currency by the Rai people. All of Yap's stones were brought in from nearby Palau or Guam and were not indigenous to the island. These stones were highly sought after in Yap due to their beauty and rarity, but obtaining them was very difficult due to the lengthy process of quarrying and delivering them via rafts and canoes.

Hundreds of people were needed to carry some of these boulders, and they were then put in a prominent area on Yap so that everyone could view them. All that would happen if the stone were to be used as a payment method is for the owner to proclaim to everyone in town that the stone's ownership has now transferred to the receiver. The receiver might use the stone to make a payment anytime he liked since the whole community would know who had it. Because everyone knew who owned the stone, taking it was impossible.

The Yapese used this monetary system for decades, maybe millennia. As long as the stones remained stationary, they could be used as currency everywhere on the island. The capacity to pay with fractions of a single stone, as well as the varying sizes of the stones, gave some degree of salability between scales. While it was difficult to find fresh stones in Yap and transporting them from Palau was time-consuming and expensive, this ensured the stones' long-term value.

As a result of the high expense of acquiring new stones in Yap, it made sense to take them as payment since the current supply was always more than the new supply that could be generated at any one moment. Furthermore, even while Rai stones were highly sought for, it was difficult for anybody to increase the supply of stones by importing additional rocks, no matter how desired they were. In 1871, an Irish-American captain named David O'Keefe was shipwrecked off the coast of Yap and rescued by the natives.

Though he recognized a chance to profit from the island's coconuts, which he could sell to coconut oil makers, O'Keefe couldn't persuade its residents to work for him since they were happy in their tropical paradise and had no need for any money he could give them.

As a last resort, O'Keefe made his way to Hong Kong and purchased a large boat and explosives, which he then used on the island of Palau, where he used the explosives and modern tools to excavate several large Rai stones, which he then brought back to Yap and presented to the locals as payment for their coconuts. However, the villagers were not interested in receiving O'Keefe's stones, and the village leader forbade his people from laboring for them, declaring that the stones were of little value since they were so readily obtained. Only stones mined in the traditional manner by Yapese laborers would be acceptable in Yap.

O'Keefe was able to get the coconuts he needed from the island's residents despite their disagreement. There was turmoil on the island as a consequence of this, and eventually the end of Rai stones as currency. On the island now, the stones have a more ceremonial and cultural purpose, while contemporary government money is the most regularly utilized monetary form. 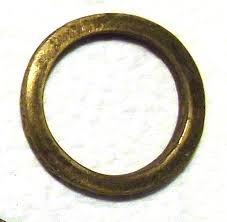 A circle of primitive money on a white background

History Of Beads In Western Africa

Aggry beads, which were used as money in Western Africa for millennia, had a similar fate. Beads created from meteorite stones or handed down from Egyptian and Phoenician merchants are among the theories about their origin in western Africa. A high stock-to-flow ratio made them valuable over time in an environment where glassmaking equipment was costly and not widely available.

Beads, being little and precious, could be joined into chains, necklaces, or bracelets; nevertheless, this was far from ideal since there were many distinct types of beads instead of one standard unit. Easy to transport, they might easily be sold around the globe. Since a result, glass beads were cheap and had no monetary value in Europe, as their makers could easily flood the market with them—in other words, their stock-to-flow ratio was low. Consequently, glass beads were not used as currency in Europe.

They began importing large numbers of these beads from Europe after realizing their great monetary worth. What happened next was quite similar to O'Keefe's account, but since the beads were so little and the population was so much greater, the process was more gradual, more hidden, and ultimately more devastating.

In exchange for the beads they had bought for so little back home, Europeans were able to slowly but surely acquire many of Africa's priceless resources. By importing beads from Europe, Europeans made it easier for the Africans who owned them to gain their riches, making them poorer and weakening their buying power over time as their wealth was transferred to the Europeans who could readily purchase beads.

Artifacts like this were soon superseded by human-made money as technology improved, notably in the field of metallurgy. Compared to seashells, stones, beads, livestock and salt, these metals proved to be a superior medium of trade because they could be produced into uniform and highly valued little units that could be transported about more quickly.