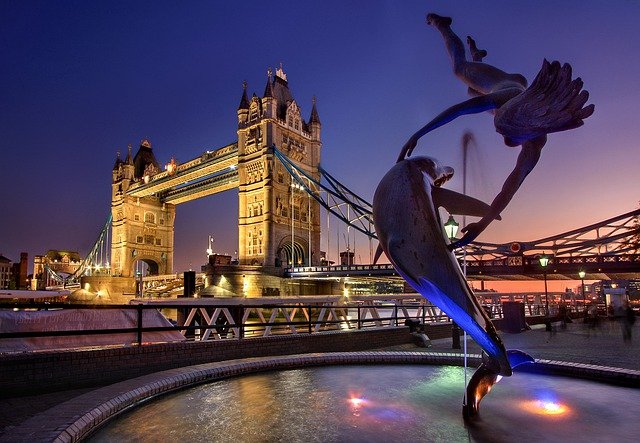 Some quirky London facts not only add to the city’s charm but serve as reminders about the colorful past of the city.

For one, do you know where in London can you find what was infamously referred to by Londoners before as “The Great Stink?”

Continue reading to know about these quirky London facts that you may have not yet known before.

Let’s begin the list of quirky London facts with the place you should go to if you want to experience a one-of-a-kind view of the city.

We’re talking about the Monument to the Great Fire of London.

It is 202 feet tall. Why? For the reason that it’s located 202 feet from where the Great Fire of London, which happened in 1666, started. The house of one baker in Pudding Lane initially caught fire.

Make sure you’ve got a strong stamina because you need to climb 311 steps to reach the top of the monument.

An iconic landmark, the white Marble Arch appears to be out of place from its present location in Hyde Park. Why is it there? It was meant to be the entryway of Buckingham Palace, but was never used for that purpose. There’s a small room inside it that once served as a police station office.

The popular Covent Garden should be spelled as “convent garden” but the misspelling has never been corrected all these years.

The Savoy Theatre was the first theater in London to experience electricity. It all happened in 1881.

A couple of quirky London facts concern the historic Tower of London. It once became a zoo of sorts after it sheltered different kinds of animals. Were there lions? Yes, they were! In 1843, they drained the water off its moat.

In 1858, “The Great Stink” was the ugly nickname given to the River Thames, a.k.a. River Isis, because of how polluted it was before. Its stench was overwhelming.

The Shaftesbury Memorial Fountain in Piccadilly Circus is sometimes referred to as the Statue of Eros/Anteros but it shouldn’t be. It’s not dedicated to the Greek god of love.

The Crown and the ultra-rich Grosvenor family own large pieces of land in London. Great portions of land in Mayfair & Belgravia are owned by the Grosvenors.

Perhaps we can include in the list of quirky London facts the reality of how expensive the city could be.

According to the travel website The World Was Here First, managed by a London-based couple, London continues to be “one of the most expensive cities in the world” as of 2022.

How Old Is London?

Another addition to the list of quirky London facts is how old the city is.

At Quora, estimated London to be 2,000 years old, according to Judith Watson, who used to work at the University of Brighton.

Watson wrote that London was founded in 43 A.D. She also clarified that London can either be “Greater London” or the “City of London” (the old Roman city).

These quirky London facts are both amusing and educational.

What more if you visit the numerous museums and galleries found in the city, where you’ll discover more about London.

For more quirky London facts, you might as well take a tour of the city to see for yourself it's wonderful peculiarities.