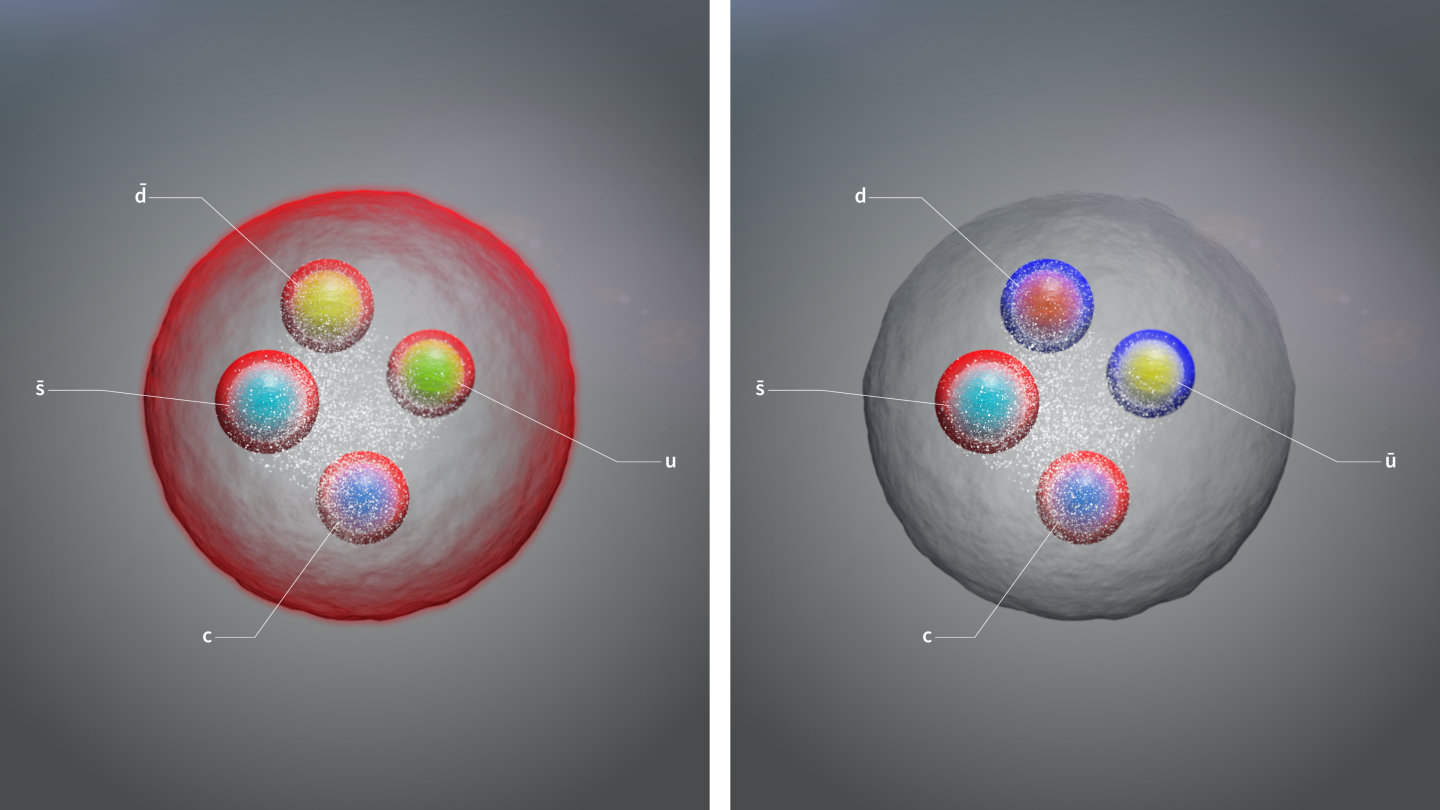 For the first time, physicists from a research organization in Switzerland discovered some quarks found to be “exotic.”

On July 5, 2022, CERN, or the Conseil Européen pour la Recherche Nucléaire (European Council for Nuclear Research), broke the news on its website.

That same day, too, CERN conducted an hour-long seminar via videoconference and webcast to discuss the discovery.

The words “particle zoo” in the seminar title is an actual scientific term, which basically refers to particles smaller than atoms. In this case, to quarks.

The “2.0” was likely added after it to emphasize the uniqueness of the particles discovered.

“Tetraquarks” and “pentaquarks” are subatomic particles.

What makes the recently discovered quarks “exotic” based on reports and according to the scientists themselves?

The scientific community can now add another triumph in their book when news of the discovery of exotic particles or quarks broke out early this month.

Elementary particles are the subatomic particles in the universe. Two examples are leptons and quarks.

Quarks, according to CERN, “come in six flavors,” namely:

In addition, a particle can be a:

What the scientists at the LHCb experiment discovered were “new kinds of exotic hadrons.” Here they are:

This one is made up of the following:

It’s the “first-ever pair” of its kind, according to CERN, and described as a “doubly electrically charged tetraquark.”

They’re made up of:

Note: CERN placed the two terms inside quotation marks because of them being a “new kind” of quarks, or, in the description from the LHCb website, “strange.”

According to CERN, with the said exotic particles discovered:

They will help physicists better understand how quarks bind together into these composite particles.

The findings concerning these unique quarks will be shared and discussed at the 2022 International Conference on High Energy Physics (ICHEP) in Bologna, Italy.

Established in 1954, there are, as of this writing, 23 countries (called “Member States”) running CERN.

Except for Israel, all of them are European states, including Austria, Germany, Poland, Spain, and the U.K.

CERN granted what it calls “Observer status” to Japan and the U.S. The same status was extended to the European Union and the United Nations Educational, Scientific and Cultural Organization (UNESCO).

According to its website, below is CERN’s principal mission:

Our work helps to uncover what the universe is made of and how it works.

CERN created a Scientific Policy Committee composed of scientists to assess the “scientific merit of [its] activities.”

It already declared and clarified on its website the safety of its research projects and that of the Large Hadron Collider (LHC).

Specifically, CERN stated that LHC will not create “any dangerous black holes.”

LHCb, the one that heralded the discovery of the unique quarks, is only one of CERN’s “four large experiments.”

The discovery of the unique particles or quarks would have not been possible without the joint labors of different minds and bodies.

CERN’s Large Hadron Collider beauty (LHCb) experiment paved the way for it, too.

LHCb is an experiment set up to explore what happened after the Big Bang that allowed matter to survive and build the Universe we inhabit today.

If that’s too “heavy” to absorb, let’s get another explanation, this time, from the LHCb spokesperson, Christopher Parkes.

Parkes, who also happens to be an experimental particle physicist and a physics professor at the University of Manchester, said:

A branch of physics, particle physics focuses on the particles (e.g., quarks) that make up the components of matter and radiation. It studies their properties and how they interact.

At CERN, according to Parkes, they investigate, through LHCb, particle physics by using detectors that help them observe proton collisions.

These detectors are at CERN’s 27-kilometer-long (17 miles) Large Hadron Collider (LHC), the largest particle accelerator in the world.

When protons – the particles found at the center of an atom – bump into each other, the collision produces energy.

Yes, they’re creating quarks back at the CERN lab.

Composed of an alliance of scientists and scholars from around the world, LHCb is essentially a collaborative experiment of massive degree.

It’s the collaboration of different minds from different fields of science that fuels LHCb.

The CERN Research Board, according to Scholarpedia, approved the LHCb experiment in September 1998.

Ten years later, in September 2008, all the needed elements of the experiment were put into place at CERN’s underground laboratory.

All these years, different kinds of engineers, scientists, and technicians have been working together for CERN’s LHCb experiment.

In 2015, Scholarpedia mentioned that there were an estimated 1,100 of them, who came from 68 labs and learning institutions across the globe.

They hailed from the following places:

1. Asia – China, Russia (note: some parts of the country are in European territory)

The quarks seminar alone regarding the latest discovery from CERN involved some of the key people behind the LHCb experiment.

One of the two presenters, Chen Chen, is a professor at the Department of Chemistry at Tsinghua University in Beijing.

The other one, Elisabetta Spadaro Norella, is from Università degli Studi di Milano (University of Milan). Here, she’s pursuing a Ph.D. at the Department of Physics.

The University of Milan works in partnership with Istituto Nazionale di Fisica Nucleare (INFN; National Institute of Nuclear Physics), which is also in Milan.

Spadaro Norella received the first prize for her thesis during the 104th SIF National Congress held in the University of Calabria in Italy in 2018, according to INFN.

Her long list of research work makes her a valuable contributor to CERN, particularly to the LHCb experiment.

The LHCb is about teamwork on an international level.

As for the organizers of the quark seminar, Monica Pepe Altarelli works at CERN’s Experimental Physics Department.

Per INFN, Altarelli has been with CERN since 1983.

For the LHCb experiment, she supervised a team of 60 physicists and later served as its deputy spokesperson from 2014 to 2017.

Before CERN took him in, Mangano worked as a researcher at the INFN and Princeton University.

In addition, he was one of those whose efforts led to the discovery of the top quark. It happened in 1994 during an experiment conducted at Fermi National Accelerator Laboratory (Fermilab) in Illinois.

Particles Of The Future

Will more exotic particles or quarks be discovered in the near future?

No worry, though, as CERN already approved the construction of “a more powerful” collider, which will start in 2038.

For the meantime, scientists at CERN will continue what they’re doing to explore quarks further, with the hopes of discovering more exotic particles.