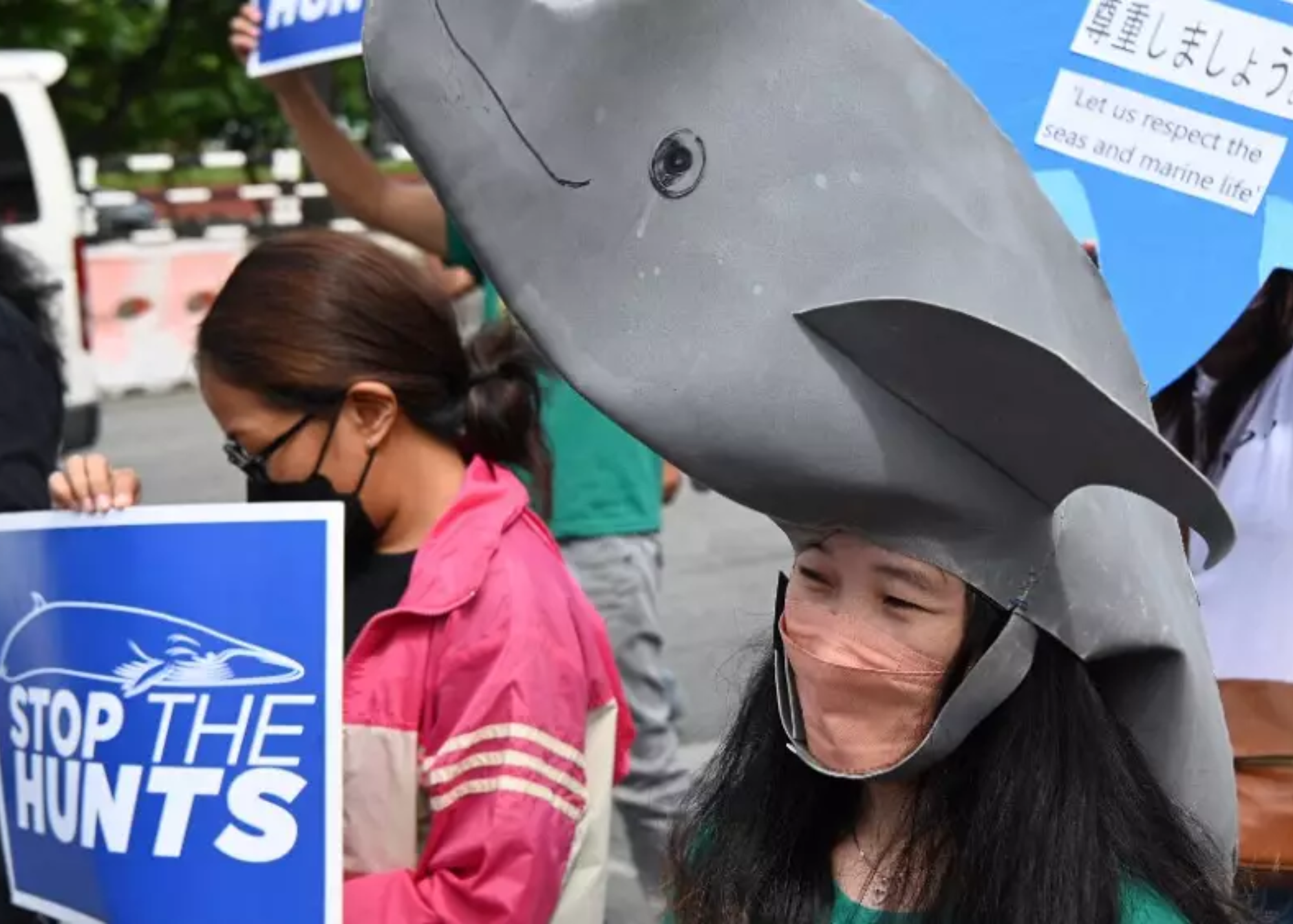 On Thursday, numerous protesters urged the Japanese embassy to stop killing dolphins. Their goal is to protest the return of the annual drive fisheries in Japan, in which hundreds of dolphins are caught and killed.

Protesters called on the Japanese government to end the six-month Taiji dolphin hunt, which begins on September 1 and continues until March 1. This annual event has been going on for decades. The Philippine Animal Welfare Society and the Earth Island Institute's Asia Pacific Regional Director, Trixie Concepcion, reportedly recreated a scene from the popular Korean drama during a demonstration in front of the Japanese embassy.

The main character in this drama, Atty. Woo Young Woo, was seen protesting with her boyfriend to stop dolphin shows in an ocean park in South Korea. The drama is called "Extraordinary Attorney Woo."

"We recreated her look in our protest where we have an Atty. Woo impersonator," Concepcion said in an interview. According to Concepcion, the hunting that takes place in Taiji, Japan, permits the slaughter of at least 1,849 dolphins. She added that this constitutes the largest killing of marine mammals in the world.

The Taiji dolphin drive hunt involves driving dolphins and other small cetaceans into a small bay, where they can be killed or captured for their meat and sold to dolphinariums. Japan's whaling history goes back a long way to Taiji.

The hunt got a lot of attention around the world after the documentary film The Cove came out in 2009. Drive hunting is still done on a large scale in Taiji, which is the only town in Japan. The annual hunt of dolphins is authorized because Japanese culture holds the belief that dolphins should be viewed as pests to be eliminated.

Here is the shocking video footage of fishermen that was caught trapping hundreds of dolphins:

JapanToday reader identified himself as tokyo_m and posted a comment where it reads:

Might have been worth mentioning in the caption that the reason the demonstration was held yesterday is because the dolphin hunt season begins each year on September the 1st (and ends on March 1st), and so the day is marked as Japan's Dolphin Day, with the whole of September known as Dolphin Defender Month.

"The brutality of the events in Taiji are well known. What is less well known is that most of the money made there doesn't come from killing these poor animals, but capturing them to sell to aquariums all over the world. By simply refusing to go to see captive dolphins, we can do something to reduce the demand and so help stop this terrible cruelty."

"No wonder why this country has so many disasters happen because you're not hurting fellow world...everyone loves their own lives too!"

Lastly, Starre Labelle express her dissapointment about the killings where she said:

"There are so many things to eat without having to kill intelligent animals. I can understand if people are truly hungry. This method of killing is brutal."

In the video below, you may see a dozen of protester marching in the Japanese embassy in Manila, Philippines:

"We raised our voices in protest of the Taiji dolphin hunt which starts in September. September 1 is not just the start of the merry "ber" months for us, but also a day calling for the end of dolphin slaughter and captivity."

Meanwhile, the Asia-Pacific Regional Director of the Earth Island Institute expressed her opinion on the dolphin's status as a pest in Japanese culture. She said:

"There is no scientific evidence that the dolphins are pests, that is why this very cruel, very inhumane killing of dolphins should stop, We have yet to hear a scientist saying that dolphins are pests. Instead of killing them, this mammal should be protected."