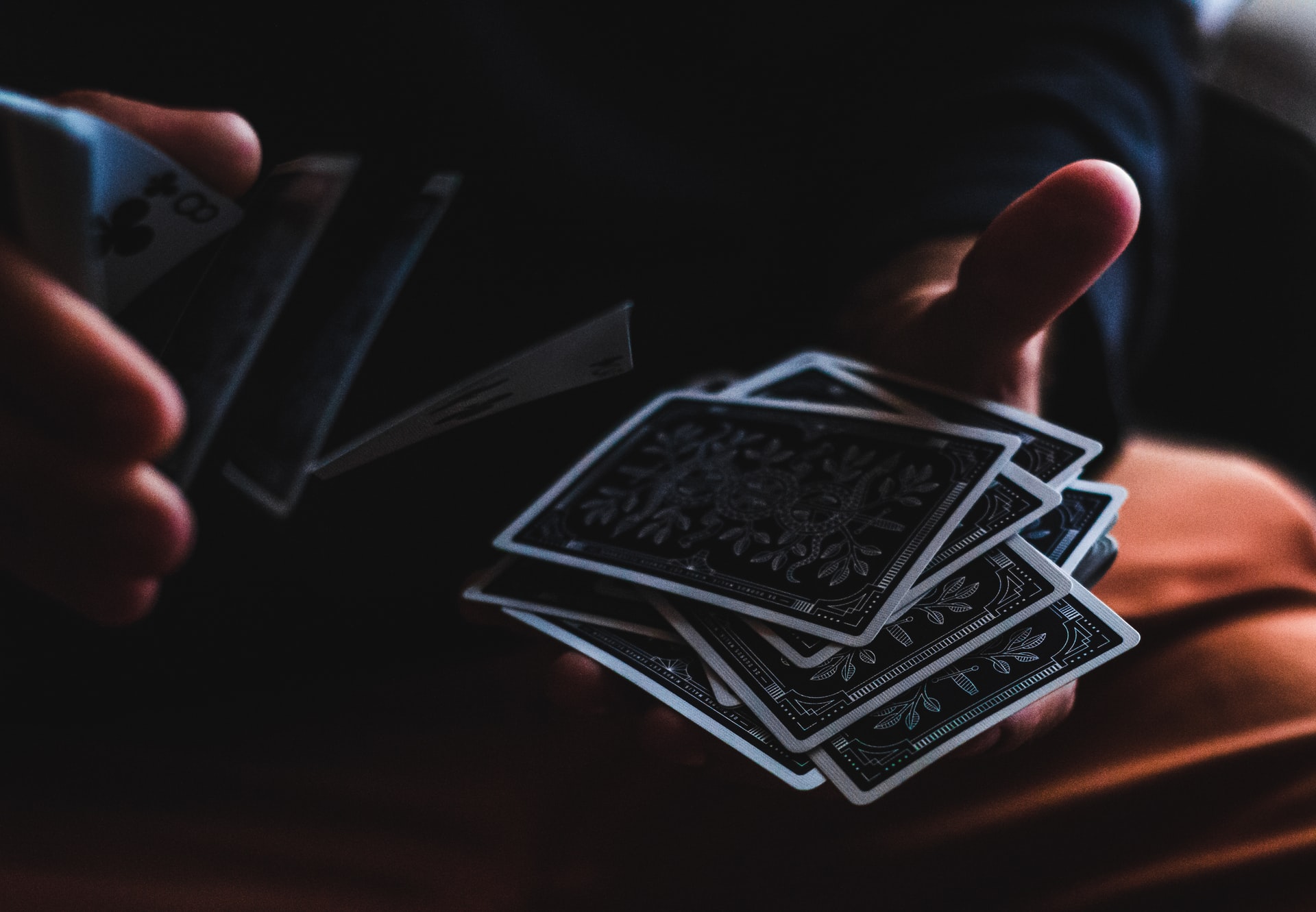 After six years off the air, Poker After Dark is making a triumphant return to television. According to Hidden Remote, the previously canceled NBC television program is being resurrected on PokerGo. The one-hour program, which took place in Las Vegas, offered an in-depth look into poker games, with notable professionals in the industry participating.

The series aired on NBC from 2007 until 2011, when it was cancelled by the network. Poker After Dark will be returning this summer, so mark your calendars now.

The relaunch will be broadcast exclusively on the subscription service PokerGo and will include live games and tournaments throughout the year. On August 7th, Poker After Dark will return with all-new episodes.

Bringing the spectators into an intimate environment where they could get up close and personal with the professionals, Poker After Dark produced some of the most stunning moments in poker history.

Bringing Poker After Dark back to PokerGO is a no-brainer, and we look forward to bringing back the same atmosphere that made it such a success in the first place.

Broadcasting Of Poker After Dark

Many NBC affiliates, including those owned by Post-Newsweek Stations, Barrington Broadcasting, some Raycom Media stations, WBBH-TV in Fort Myers, Florida, and the LDS Church-owned KSL-TV in Salt Lake City, refused to air the show due to management or locality objections to gambling-related programming (the Post-Newsweek stations also refused to air Face the Ace in August 2009), while others, including NBC affiliates owned by. Due to the severe gambling regulations in the state of Texas, it was not broadcast in its entirety in that state.

On September 23, 2011, NBC abruptly halted the broadcast of Poker After Dark, just a few days after Preet Bharara, the United States Attorney for the Southern District of New York, issued a statement alleging that production underwriter Full Tilt Poker had engaged in a Ponzi scheme against its customers.

With the show's cancellation, an encore broadcast of the fourth hour of Today with Hoda Kotb and Kathie Lee Gifford was aired, as was the second episode of In Wine Country from NBC station KNTV in the San Francisco Bay Area on weekends.

Since then, NBC Sports has completely deleted their poker section from their website, and past episodes of the show have been pulled from Hulu.

A formal comment from NBC has not yet been issued about the scheduling change or the future of the show, although NBC Sports Senior Director of Communications Adam Freifeld has indicated that the network would "continue to review our poker programming" as a result of the move.

Since 2017, Poker After Dark has broadcast live on PokerGO once a month on the first Friday of every month. Full replays as well as highlight recaps of each episode are also available on demand after the show has concluded.

Brief Detail About Poker After Dark

Poker After Dark is a television series that attempts to show at-home viewers how a single table plays out over the course of a week, but the episodes are frequently recorded all at once and then edited to make it seem as if the table is active for the whole week.

Each season of Poker After Dark is composed of between seven and sixteen "weeks," each of which provides a different kind of game to play or a different topic to explore.

While the show began with No Limit Texas Hold'em, it has evolved to include no-limit cash games and other formats. However, the weekly prize of $120,000 (six players with a buy-in of $20,000) has remained constant, with only one alternate prize ever won by a player: Jam Up Week of Season 3, when a player bought back in and raised the total to $140,000.

The First Episode Of The Program Aired In 2007

Poker After Dark premiered on January 2, 2007, and rapidly rose to become one of the most recognizable names in the world of poker television.

Over the course of seven seasons, the show, which features a series of mini-tournaments in which poker pros compete against one another for a $120,000 prize pool, has achieved remarkable success. This has been attributed in part to the show's excellent production and deep-pocketed sponsors, as well as to the incredibly large amount of talent that appears on the show on an incredibly regular basis.

Throughout the course of the show's run, it has featured a variety of themed weeks, including: "Dream Team," in which the winner of a contest sponsored by Full Tilt Poker was given the opportunity to choose the opponents against whom they wished to play; "Love at First Raise," which took place during Season 3 and featured three pairs of poker professionals who were in a relationship at the time of filming; and "Close but No Ci" (Close but No Ci is a phrase that refers

Concepts And Ideas Are Both Important

Because Poker After Dark was a novel concept in the world of poker television, a great deal of the show's development was the product of trial and error.

During Season 1, a rule was established stating that players could request silence at the table while they attempted to make a decision (but that until the player requests silence, table talk may continue unabated); this was prompted by a situation in which Phil Hellmuth was attempting to decide whether or not to go all-in and the other players continued to talk during his decision-making process.

Season 6 included new visuals, including an indicator of who is holding the button, as well as more in-depth player data, most likely in an effort to retain the show's appeal among serious poker players who watch from home.

Season 3 saw the introduction of the "Dream Team" games, which were made possible by Full Tilt Poker's sponsorship and ambition to make money off of the program. Throughout the year and throughout the seasons.

Gus Hansen, Daniel Negreanu, Johnny Chan, Phil Ivey, Phil Laak, Howard Lederer, Chris Ferguson, Jennifer Harman, John Juanda, and Clonie Gowen were the champions of Season 1 of Poker After Dark. Season 2 of Poker After Dark will air in the fall (in order by week in the series).

Several of the same players (Clonie Gowen in week 7, Phil Ivey in week 10, and Howard Lederer in week 5), as well as some newcomers (Joe Hachem in week 1, Patrik Antonius in week 2, Gabe Kaplan in week 3, Doyle Brunson in week 4, Shawn Sheikhan in week 6, Allen Cunningham in week 8, and Mike Sexton in week 9), took home victories in Season 2.

Season 3 saw the return of Phil Hellmuth and Johnny Chan, both of whom won twice (Hellmuth in weeks 1 and 3 and Chan in weeks 4 and 6), as well as the introduction of new talent: Gavin Smith defeated Phil Ivey head-on in week 2, and Gabe Kaplan eliminated both Doyle Brunson and Chris Ferguson in week 5.

Weeks seven through ten were taken by David Williams, Vanessa Rousso, David Benyamine, and Mark Gregorich, in that order of priority.

Since then, Poker After Dark has had almost twice as many games as the number of episodes that have been shown, although the results are still accessible on the show's website.

Poker After Dark On Television Has Come To An End

Unfortunately, owing to gambling laws in the United States, Poker After Dark is another aspect of the poker industry that may be changed or eliminated in the near future.

Angry about how many online poker sites and players had found ways around the Unlawful Internet Gambling Enforcement Act (UIGEA) of 2006, officials from the United States Judicial System decided to take direct action against some of the most well-known names in online poker, including PokerStars and Full Tilt Poker, causing them to pull out of the United States market in April of 2011.

The Unlawful Internet Gambling Enforcement Act (UIGEA) imposed harsh limitations on US banks, making it illegal for them to finance accounts at online poker sites.

There were many workarounds, such as prepaid credit cards and money transfer websites, so the United States pushed its laws a step farther than it had before. The future of Poker After Dark is in doubt as a result of Full Tilt Poker's forced exit from the United States market.

While NBC has not stated that it intends to cancel Poker After Dark, the show is still facing legal challenges because the United States Department of Justice has charges of bank fraud, money laundering, and unlawful gambling against Full Tilt Poker, the show's primary sponsor, pending against the company.

Perhaps the show will relocate to a location other than the United States, or perhaps the show will secure additional funding, given the possibility that Full Tilt will be forced to withdraw due to the fact that the North American Poker Tour, previously sponsored by PokerStars.com, has been banned from broadcasting in the United States as a result of the new, oppressive legislation.

Unique Elements Of Poker After Dark

A unique element of the Poker After Dark format was an "intimate look at one table as it evolves over the course of a week." Blinds start at $100/$200 and gradually increase in price.

The commentary provided by Ali Nejad is minimal, enabling spectators to hear most of the table discussion among the players, all of whom are microphoned, in the background.

A week-long No Limit Texas hold 'em mini-tournament for six of the world's best poker players was initially planned as part of the original framework of the series.

Each week, the participants competed for a share of a $120,000 winner-takes-all prize pool, with each player contributing $20,000 to the pot. It is decided who will be the winner by the conclusion of the fifth episode.

During the sixth performance, the audience was treated to a "director's cut," which included snippets of the action from the previous five days, mixed with talking heads' comments from the participants.

The producers started experimenting with various formats in Season 4, including no-limit cash games and a double-elimination Heads-Up fight between the first four winners of the National Heads-Up Poker Championship, which debuted in Season 5. In addition, Seasons 3, 4, and 5 included a "Dream Table," which pitted one amateur against five professionals.