Phoebe Adele Gates: Inside the Life of a Teen Millionaire 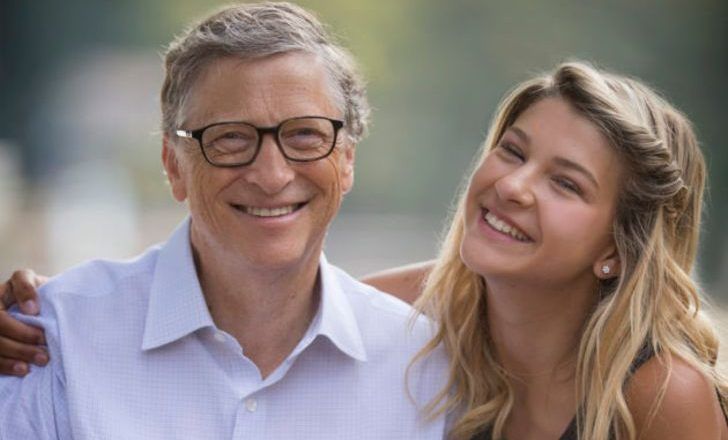 There are two kinds of wealthy people – those who work for it and those born with it. Being wealthy can open lots of opportunities to any industry. Being rich is a privilege that only a few can get. But to be rich is always a choice.

Born into an affluent and influential family, the youngest child of Bill Gates sure has an advantage. Not only is she able to live a comfortable and extravagant life, but she is sure to have a bright future ahead.

But life for her isn’t what one might think. Although they have the means to get what they want, they have lived a humble disposition.

Phoebe Adele Gates is the youngest daughter of Bill Gates and Melinda Gates. She was born on September 14, 2002, in Seattle, Washington, USA. She is now 18 years old. Her father is the billionaire co-founder of Microsoft, and her mother is an author and philanthropist.

As the youngest, she currently lives with her parents in Medina, Washington. The Gates family resides at an expensive mansion called “Xanadu 2.0,” which is worth $124 million. Her two siblings, Jennifer Katharine and Rory John, no longer live with them in the mansion.

Phoebe ranked 10th place in the “World’s Ten Most Powerful Kid” under 12 by Wonderlist.

How Are The Gates Children Raised

Many people think of superbly wealthy kids as spoiled brats who don’t appreciate the small things in life. But the Gates are different. Phoebe’s father had a humble beginning and founding Microsoft has its share of ups and downs. Although Microsoft became a big success and brought unending wealth to the Gates family, Bill Gates never forgot his humble beginnings.

With that, Phoebe became famous because of her roots. Carrying the name Gates will surely make any head turn. But that did not make any difference in how the Gates’ children were disciplined. Contrary to most of the youngest children, Phoebe was never spoiled, even during childhood. Phoebe has been to different developing countries as a young child and was given a firsthand experience of what life is like outside their beautiful mansion. Because of that, Phoebe has a soft heart for the people and loves participating in her parents’ charity events. Young as she is, Phoebe is a philanthropist at heart, just like her parents and older siblings.

Although Phoebe could have anything she wanted, her father did not allow them to use mobile phones until they reached 13. They weren’t also entitled to have any social media accounts until recently. Despite having an Instagram account, Phoebe still has her account private, and it is only accessible by her close friends and relatives.

With her father’s protection, Phoebe was able to stay away from the media spotlight. This kind of discipline shows how strict their parents are and how that shaped their mindset and character today.

So instead of socializing online, Phoebe focused on building her future. Just like her father, she has a heart for learning. And instead of using her father’s name to get what she wants, Phoebe decided to make a name of her own. The same goes for her two older siblings, who chose a path far from their parents’ career. Jennifer is currently pursuing a degree in Biology at Stanford University, whereas Rory is in the showbiz industry.

Even though Phoebe took a liking to computers like her father, she is more inclined to arts and music. It is still uncertain whether she’ll follow her father’s career path or if she will pave her own. It won’t be surprising to find her in the showbiz industry or music industry as she is interested in arts. Phoebe started her education at Professional Children’s School in New York City, quite a preparation for her future. But her education is not limited to that one school. Young as she is, Phoebe is quite a busy girl with a vision in mind.

Having a passion for ballet, Phoebe took classes and training at the Lincoln Center for the Performing Arts in New York City. She attended Art Courses in Ballet in the two famous ballet schools – New York School of American Ballet and The Juilliard School.

Phoebe is currently studying at Lakeside School. It is a private school and the alma mater of her father and two siblings. Although Lakeside School isn’t an Ivy-League School like Harvard or Yale, it is an elite school where famous personalities came from. Phoebe’s annual expenses in Lakeside School amounts to $33,000.

Phoebe is an athletic person. She loves paragliding and hiking – activities that are considered dangerous. For that, she is known as a risk-taker, just like her father. Aside from that, she also loves writing. Not only is she inclined to arts and music, but also literature. Moreover, she loves helping people and doing charitable works. A trait she inherited from both her parents.

The Youngest Gates’ Net Worth

Phoebe belongs to the world’s top ten youngest teen millionaires. It isn’t surprising considering her parents. Phoebe holds a net worth of $10 million, and the same goes for her older siblings. Although Bill Gates has a net worth of more than $90 billion, he purposely gave out only $10 million for each of his children. With his undeniable philanthropic nature, Bill Gates announced that he would donate most of his wealth to charity. He also mentioned that he would only give 1% of all his billions of fortunes to his children. Bill Gates’ desire is for his children to start something on their own. To make a name of their own. To make a significant mark in their life and not just depend on what he can give to them. His children are well aware of their father’s decision and desire, and they willingly accepted it.

Some may say that Phoebe and her siblings would be wasting a significant opportunity to make their life better and secure. Even though they can lie down all day without worries of primary needs, they don’t want to get things the easy way. They are firm believers of the aphorism “If you want it, you work for it.” Bill and Melinda Gates raised each of them to work for things they love. Aside from that, they give significance to the little things.

The Downside Of A Shielded Upbringing

The way Phoebe was raised is a huge factor in what she is now and how she sees the world outside. Although her upbringing has a positive impact on her life, it has also caused confusion on the internet about her appearance. Many media outlets and bloggers had used a photo of American actress Rachael Leigh Cook to represent both the Gates’ sisters. There is some resemblance, but the fact that she isn’t the actual Gates’ sisters makes it absurd. And even though it was already pointed out, some websites still use Rachael’s photo.

Phoebe Adele Gates lives a luxurious life, and she could have anything a person could ever wish for. But the privilege of being born with a silver spoon is not a waste in the Gates’ household. Despite having millions and billions in their pockets, the Gates family doesn’t stop working. For them being rich isn’t always a privilege but hard work. The word ‘lazy’ is not in their vocabulary. With that kind of character and attitude their parents have engraved in their lives, they will likely come out successful whatever path they choose.