Peru's Crisis Is A Story To Learn For Democracies 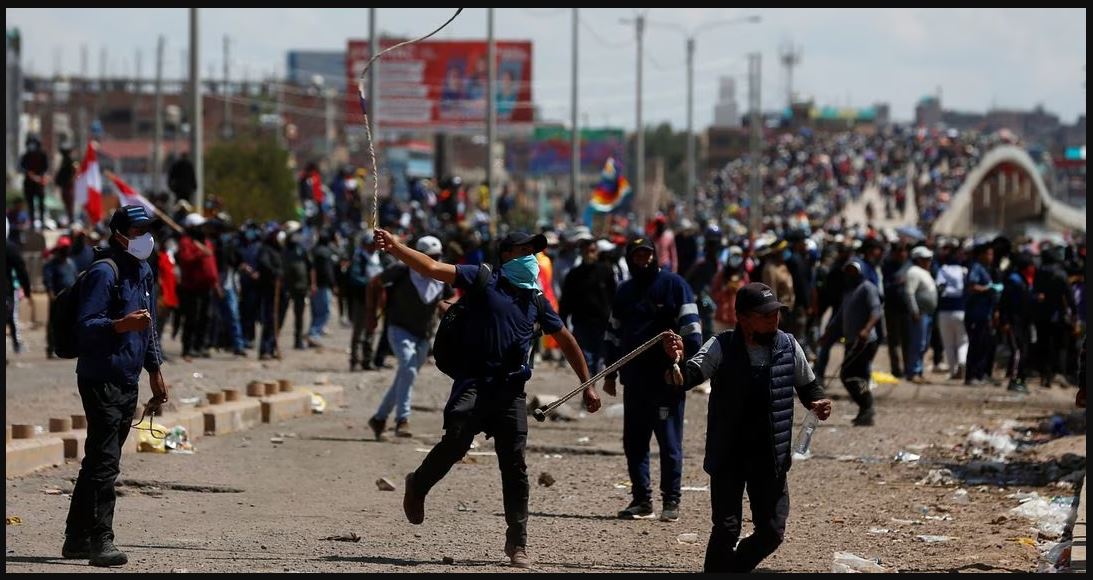 Peru's crisis is a story to learn for democracies as it is currently going through some of the worst political violence it has seen in decades, but protesters' complaints aren't new. They come from a system that hasn't worked for over twenty years.

Some of Peru's most violent protests have happened in the south of the country, where dozens of people have been killed in violent clashes with security forces over the past few weeks. These protests began when former President Pedro Castillo was removed from office last month.

This area is one of the poorest in Peru. It is near the Andes Mountains and is over ten thousand feet above sea level. It is also home to some of Peru's most famous archaeological sites, like Machu Picchu and the city of Cusco.

In recent days, protesters from this and other rural parts of Peru have been making long trips to the capital, Lima, to tell the country's leaders what they don't like and ask the current president, Dina Boluarte, to step down.

Their anger shows that there is a much deeper problem with democracy. After years of political chaos, Peru has lost interest in democracy. Both the presidency and congress are seen as corrupt and have lost the trust of most people.

LABOP, a survey research lab at Vanderbilt University, did a poll in 2021 and found that only 21% of Peruvians are happy with democratic rule. This is the lowest percentage of any country in Latin America and the Caribbean, except for Haiti.

Worryingly, more than half of the Peruvians who took part in that poll said that a high level of corruption would make it okay for the military to take over the country.

At the heart of the crisis are people's demands for better living conditions that haven't been met in the 20 years since democracy was brought back to the country. Peru is one of the youngest democracies in the Americas. After right-wing leader Alberto Fujimori was kicked out of power in 2001, free and fair elections were brought back.

Under Fujimori and in the years after democracy was restored, Peru's economy grew faster than almost any other in the area, thanks to strong exports of raw materials and healthy foreign investments. The system of free-market policies that Peruvian elites pushed to fuel the economic boom was called the Lima Consensus, after the country's capital.

But while the economy was doing well, a philosophy of government that kept the government from getting involved as much as possible made state institutions weaker.

Professor Steven Levitsky of Harvard University pointed out a strange thing about Peru as early as 2014: In most democracies, public opinion reflects the state of the economy. However, during the 2000s, Peru's president's approval ratings always went down, even though the economy was doing better than ever, he wrote in the Revista journal.

Levitsky pointed out that Peru's governments have been consistently bad at providing security, justice, education, and other basic services. He said that this makes it hard for the young democracy to last.

Security, justice, education and other basic services continue to be under-provided, resulting in widespread perceptions of government corruption, unfairness, ineffectiveness and neglect. This is a major source of public discontent. Where such perceptions persist, across successive governments, public trust in democratic institutions is likely to erode.

This is something that seems to have come true.

The Covid-19 pandemic only made this fundamental flaw in Peruvian society worse. Many countries grew their social safety nets to make up for the damage lockdowns did to their economies, but Peru had nothing to fall back on.

The UN says that during the Covid-19 pandemic, when the virus spread around the country, more than half of the people in Peru didn't have enough to eat. Johns Hopkins University data also show that Peru had the most deaths from coronavirus per person of any country in the world.

After the shock of the pandemic, the country's economy is back on track. In 2021, Peru's GDP grew by an amazing 13.3%, but public trust in democratic institutions has broken down, just as Levitsky said it would.

IEP did a poll in September 2022, and the results showed that 84% of Peruvians did not like how Congress was doing. People think that lawmakers not only look out for themselves in Congress but also take advantage of their power.

The fact that the country has had so many presidents over the years shows how frustrated people are. This is the sixth president of the country in less than five years.

In the general elections of 2021, Castillo's predecessor won power by presenting himself as a man of the people who would give the country a fresh start. But polarization and the chaos that surrounded his presidency, like allegations of corruption and multiple attempts by Congress to impeach him, which Castillo said were politically motivated, only made tensions worse.

Peru’s crisis is a cautionary tale for democracies

Story To Learn From

Most of the protesters who talked to CNN on Wednesday said the country needs a new start and called for new elections everywhere to give public institutions a sense of legitimacy again.

But Bolivar and the lawmakers have so far ignored calls for early elections. On Sunday, the president declared a state of emergency in the parts of the country where the protests have caused the most trouble, which includes Lima. The measure is supposed to last until the middle of February, but that hasn't stopped more people from going out on the streets.

In the meantime, Peru's Attorney General has started an investigation into how Boluarte dealt with the protests. But even if the current leaders left and another politician was put in charge, the problems in Peru would still be caused by the same things.

As in many other parts of Latin America, fixing these problems will require structural changes to improve social and economic equality, deal with the rising cost of living, and fight corruption.

The pandemic has been a wake-up call for the whole region after years of economic and social growth under democratic governments gave the impression that Latin America had finally left the days of coups, dictatorships, and rebellions behind. Today's Peru could be a lesson for any democracy that doesn't help its people and starts to turn in on itself.