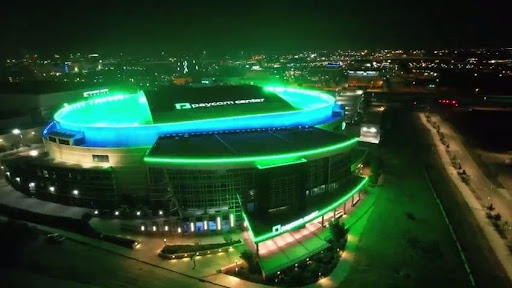 Paycom Center, home of NBA basketball team Oklahoma City Thunder (100 W. Reno Ave., Oklahoma City, OK 73102), is located just off Interstate 40 in downtown Oklahoma City. The facility is owned by the City of Oklahoma City and managed by ASM Global and entertains over one million guests each year at NBA games, live concerts, and other world-class events.

Construction began on the facility in 1999 and was funded by Oklahoma City's MAPS initiative, a capital improvement program that uses a one-cent sales tax to finance new and upgraded sports, entertainment, cultural, and convention facilities. Costing a total of $89.2 million, the center was completed in 2002, and doors opened on June 8 of that year at a Grand Opening Celebration. This celebration included an "Open House" event for the community and a dedication ceremony led by former Oklahoma City Mayor Kirk Humphreys.

Upon opening, the facility was known as the Ford Center. It retained this name until October 21, 2010, when it became known as Oklahoma City Arena until a new sponsorship deal was reached. The facility then became known as the Chesapeake Energy Arena. However, after they filed for bankruptcy in 2020, another sponsor was needed.

On July 27, 2021, it was announced that Paycom, under CEO Chad Richison, were the new sponsors, and the arena would now be known as ‘Paycom Center’. 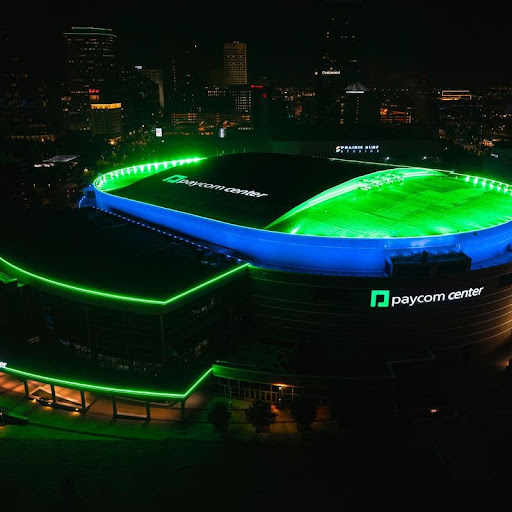 The facility has served as home for several sports teams since its opening. Hockey team Oklahoma City Blazers played there from 2002 until they folded in 2009 and football team Oklahoma City Yard Dawgz from 2004 until their move to the Cox Convention Center in 2009.

Since the 2008 - 2009 NBA Season, the arena has been home to the Oklahoma City Thunder. Originally known as the Seattle Supersonics, established as an expansion team that joined the NBA for the 1967–68 season, the team relocated to Oklahoma City in 2008. The move was difficult as the existing lease at KeyArena in Seattle was disputed, and the issue had to be settled via a lawsuit. 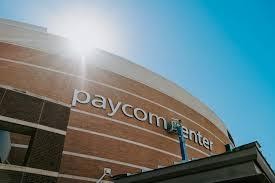 The team name, logo and colors were announced to fans in Oklahoma City on September 3, 2008, and their first match was played against the Minnesota Timberwolves on October 8 in Billings, Montana. Unfortunately, this pre-season match ended in a 88--92 loss. Their first home game took place on October 14 against the Los Angeles Clippers.

After a shaky start to the season, the Thunder's performance improved steadily, and they finished with a record of 23--59. Ticket sales were also looking good. 100% of available tickets were being sold, compared to just 78% in their final season in Seattle. 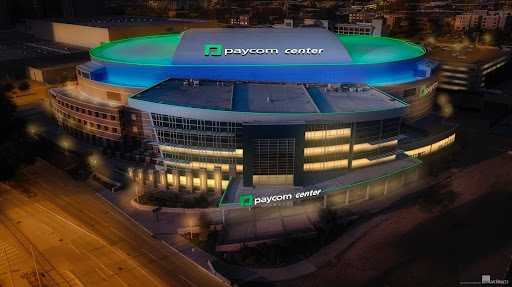 After many adjustments to the team in the first season in their new home, the Thunder became a cohesive force. Their fortunes steadily increased from 2009-2012, under the growing leadership of Kevin Durant and future MVPs Russell Westbrook and James Harden. This built up to the team's first NBA finals appearance in 2012. After convincing wins in the playoffs, they, unfortunately, lost the finals against Miami Heat 4-1.

This proved to be the Thunder's last appearance in the NBA finals to date, although they remained strong contenders right through to Kevin Durant's departure in 2016. Durant himself was NBA MVP in 2014. Russell Westbrook, who had been a fantastic support for Durant, having joined the team in 2008, came strongly to the fore at this point and, in his turn, became NBA MVP in 2017. 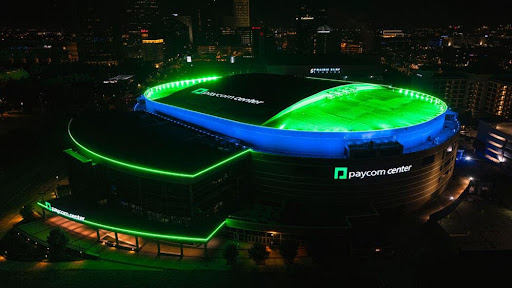 In 2017, as part of a rebuild following Durant's departure, the Thunder also acquired four-time All-Star forward Paul George, and, alongside Westbrook, he became a vital part of the team. Unfortunately, the pair departed in 2019, and the Thunder has since been rebuilding again.

In the 2020-2021 season, the Thunder had a poor run and did not qualify for the NBA playoffs for the first time since the 2008--2009 season. The current season is also not looking so good, with some record losses and the team currently languishing in 13th place in the Western Conference. 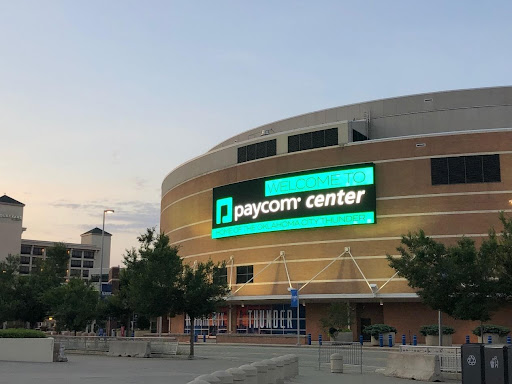