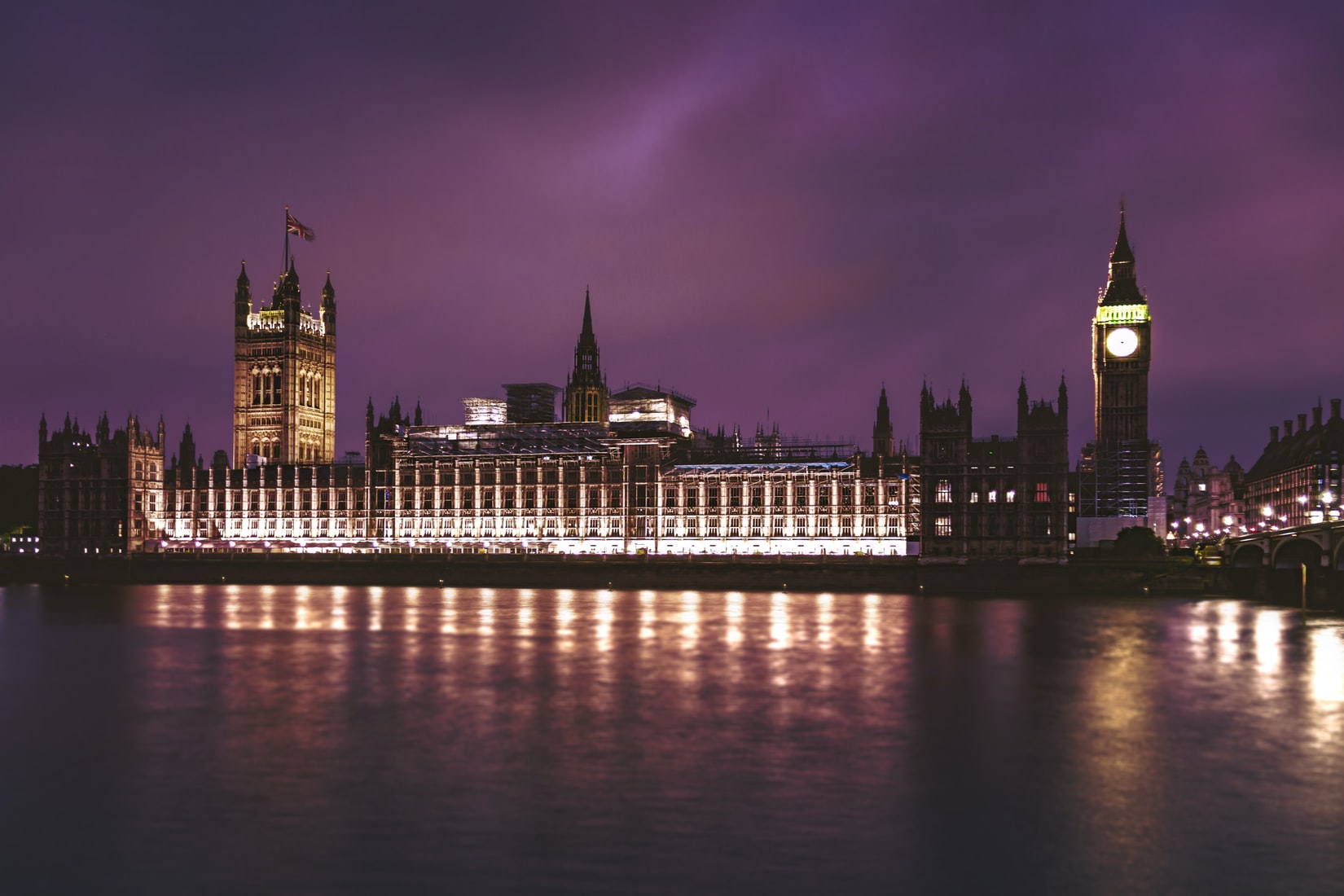 According to London Black Taxi Tours, the following are:

Where Parliament now stands has been a centre of authority for over a thousand years. Once the home of the royal family, and still officially a royal palace, the buildings that now make up the modern Houses of Parliament have developed through design, accident and attack.

The first known royal palace to occupy Parliament’s site was Edward the Confessor’s (c1065). Parliament officially remains a royal palace and is still referred to as the ‘Palace of Westminster’. The site was used as a royal residence until Henry VIII moved the royal family out in 1512 following a fire.

Westminster Hall is the oldest part of Parliament. The walls were built in 1097 and the hall is one of Europe’s largest medieval halls with an unsupported roof. It was extensively rebuilt during the 14th century.

Once used as a law court, the hall has held several notable trials, including that of Sir William Wallace (1305), the Gunpowder Plot conspirators (1606) and King Charles I (1649).

Today the hall is often used for important State occasions such as the Queen’s Golden Jubilee and the lying-in-State of the late Queen Elizabeth the Queen Mother, both in 2002.

The 1834 Fire And Rebuilding

The Palace almost completely burnt down in a fire on 16 October 1834, which destroyed everything except Westminster Hall, the crypt of St Stephen’s Chapel and the Jewel Tower.

The Houses of Parliament, as we know them today, was rebuilt after the fire. The process, which incorporated Westminster Hall and the remains of St Stephen’s Chapel, took just over 30 years. The rebuilding was completely finished by 1870.

Architect Charles Barry won an open competition for a new design with his gothic vision. Barry was assisted by Augustus Welby Pugin, especially in the details, fittings and furniture.

During the Second World War, on 10 May 1941, a bombing raid destroyed the House of Commons chamber. Architect Sir Giles Gilbert Scott designed a new, five-floor block (with two floors occupied by the chamber). It was used for the first time on 26 October 1950.