Online Habits Of Children – When Kids Explore The Web 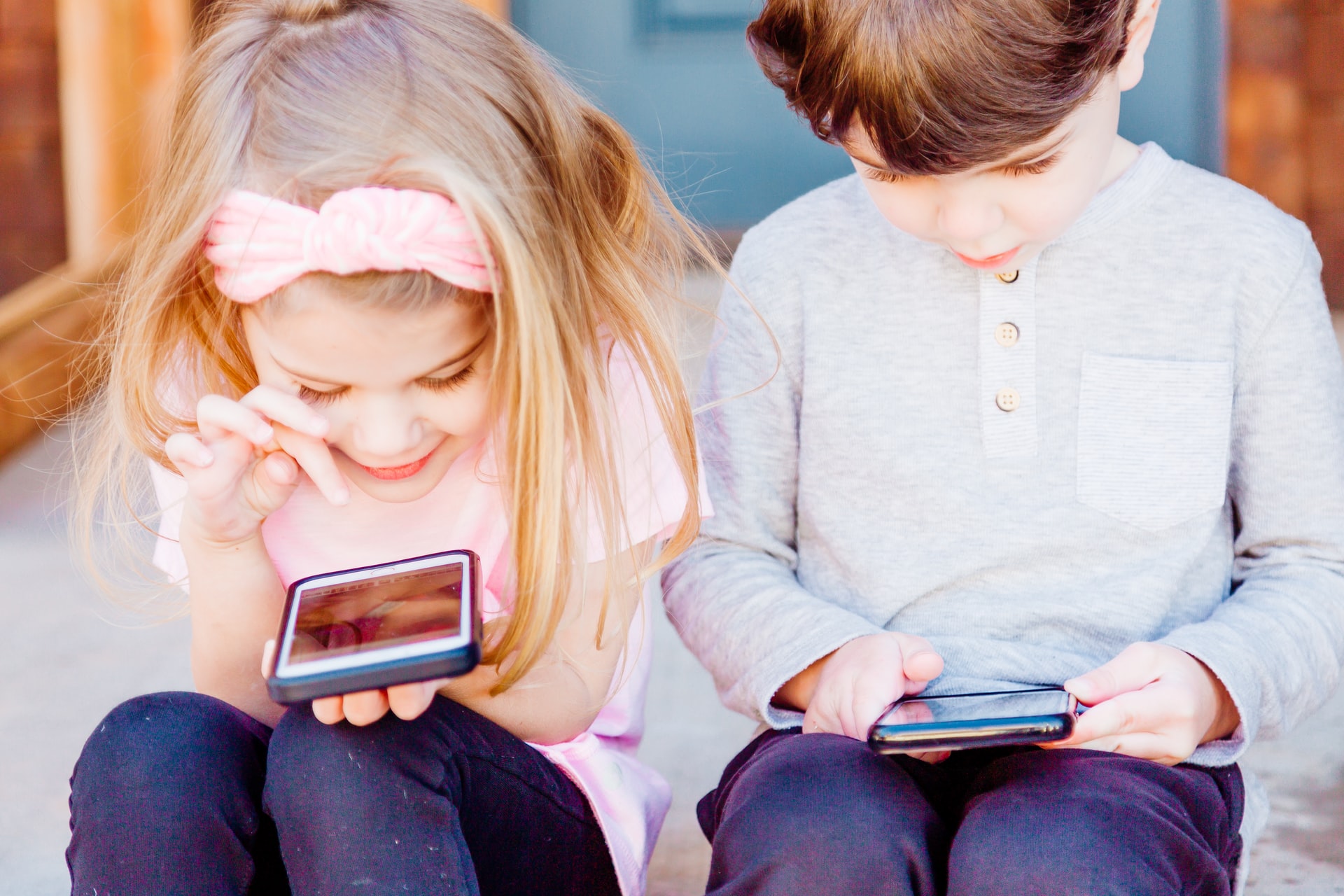 Perhaps discussing children’s online habits has never been timelier and more crucial than in this digital age of ours.

In 2019, according to the American Community Survey of the U.S. Census Bureau, approximately 95 percent of people aged 3 to 18 had internet access at home.

In particular, 88 percent of them browse the web through a personal computer, with 6 percent using a smartphone.

The health blog of the University of Michigan (UM) mentioned a national poll in the U.S. conducted in April 2022. This time, it’s in relation to the steps taken by parents to safeguard the eye health of their children.

Our findings suggest that some parents may have inaccurate perceptions of activities that affect their child’s eye health and vision and how to minimize risks.

Prolonged screen time – the time people spend in front of a screen (e.g., TV and computer screens) – can cause poor vision.

While some of these parents in the U.S. lack awareness (in terms of the effects of online habits on children’s vision), others are not.

Those in India specifically show mindfulness when it comes to their children and cybersecurity.

The Economic Times reported this month that out of ten Indian parents, almost eight of them agree that they should inform their children about online safety measures.

The Harris Poll, a market research company from Chicago, conducted the survey, which Norton, a California-based anti-virus software company, cited in its report.

Eighty-six percent of those who participated in the poll underscored the importance of educating children on how to use the internet safely.

In South Korea, there’s another health concern among children that could be connected to their online habits.

This month also, Korea Biomedical Review (KBR) revealed that based on a government report, 19.5 percent of elementary students in Seoul were obese in 2021.

“One in four first and one in three fourth-graders were either overweight or obese,” wrote KBR.

Dr. Hyun-young Shin, a representative from the Democratic Party of Korea (DPK), identified “online learning” and “minimization of physical activity” as among the reasons.

The government should take measures to help students maintain a healthy lifestyle and increase physical activity.

If “it takes a village to raise a child,” as one popular proverb goes, then it may take the collective efforts of the government and parents on this issue.

Read further for concerns about the online habits of children.

Studies confirm that online habits can influence the way children think and behave.

They can impact children’s academic performance as well as their psychological and social development.

That’s according to a 2003 research work published online by the American Psychological Association (APA).

Now that seems to be a long time ago but the results it indicated still ring true to this day.

Children disconnect from the people around them (e.g., family, friends, schoolmates) and from the real world when they connect to the virtual world.

As mentioned in the research:

However, according to the said research, the impact of the online habits of children turned out to be fine.

Still, the three researchers concurred that “more research is needed.”

And they were right.

A world-renowned expert on internet addiction, Dr. Young said that people should realize and look into the “potential downside” of children’s online habits.

For Dr. Young, such realization acts as the key to knowing how to address the problems that may rise.

How Does Technology Affect Children's Behavior?

It took a while for a mother of two from Brisbane to find the key that Dr. Young was talking about.

Bianca Pevreal told 60 Minutes Australia that she resorted to technology to make her two children not to disturb her when she’s doing something important.

That would be what she referred to as her “peace in a pocket.”

She would allow her sons, Owen, 9, and Adam, 7, to play online games, such as their favorite video game Minecraft.

Eventually, that kind of peace was fleeting. Soon, it became a disaster.

Pevreal disclosed that the online habits of her sons resulted in the following:

So, she finally set up some house rules and enabled a security code on the devices her children use.

The code limits the amount of time they can use them.

When asked how long he would play online if there’s no security code placed, Owen unabashedly said:

Until my arms hurt.

See? That’s why parents should curb their child’s online habits.

Charles Nechtem & Associates (CNA), a social services organization in Florida, enumerated some of the ways how the internet affects children.

Here are some of the positive ones:

As for the negative ones, they include:

Therefore, generally speaking, a child’s online habits can be both helpful and harmful.

For the reason that this article focuses on the online habits of children, the examples will not dwell on passwords, two-factor authentication, and public Wi-Fi.

Well, the discussion could go into that area – which is more on the internet habits of adult people – later.

But, from the college magazine Study Break, these examples of online habits are more relevant for children:

To make online habits favorable to children and parents alike, the latter should be in control of the situation.

As one commenter (username: PragmaticPulp) at Hacker News wrote in a forum about what parents should do regarding their child’s internet habits:

It’s the parents’ job to gradually scale up the freedom as the child matures rather than letting them swim straight into the deep end right away.

The same as what Dr. Kimberly S. Young emphasized: the involvement of the parents.

Education Destination Asia listed the following as good online habits that parents can teach to their child:

1. To set a screen time limit

As parents should know, anything excessive can be dangerous.

One rule to enforce (as mentioned by the site) can be this: no more devices an hour before bedtime.

2. To browse the web safely

Parents should know a lot about cyber safety for kids.

Create strong passwords for them, tell them not to go online using public Wi-Fi, and ask them never to post very personal things on social media.

Those are just some of the safety measures parents can do concerning their children’s online habits.

Parents should respect their children’s privacy, but they should encourage them to be honest and open about their online activities.

4. To talk about good manners pertaining to the use of a device

Parents, explain to your children some actions involving the use of their device that are considered bad manners.

For example, tell them not to use a device while having breakfast/lunch/dinner with other people.

5. To engage in critical thinking

Parents must guide children when posting anything online. They should help them evaluate the reaction or comment they want to give, for example.

For Dungan, they should read Glow Kids: How Screen Addiction is Hijacking Our Kids – and How to Break the Trance (2016) by psychologist Dr. Nicholas Kardaras.

Bad Online Habits Can Be Easy To Break

Speaking of breaking something, it can be tough and challenging for children to break bad online habits.

But if Bianca Pevreal can do it to her two children, other mothers and parents can give it a try, too.

Let children go online but throw in some rules. No ifs, no buts.

For the American Academy of Pediatrics (AAP), preventing or breaking bad online habits depends on the age children are permitted to use a device.

The AAP suggests that such permission be given in accordance to the child’s age, according to KidsHealth.org:

Though it could be hard to present an exact figure, one research, published by the Kaiser Family Foundation in 2010, identified internet users as:

What Happens If You Spend Too Much Time Online?

Arizona-based psychologist Dr. Lisa Strohman said on her eponymous website that one can have physical and/or mental health problems.

One can suffer from poor vision, gain weight, or get stricken with anxiety.

What Do You Mean By Internet Addiction?

Yes, there’s such a thing as Internet Addiction Disorder (IAD).

The Students Health and Counseling Services of the University of California, Davis, defines IAD as:

An unhealthy behavior that interferes with and causes stress in one’s personal, school, and/or work life.

What Are The Effects Of Internet Addiction?

According to 60 Minutes Australia, a Chinese study discovered that IAD affects how the brain functions in terms of making decisions, processing emotions, and exhibiting self-control.

According to CNA, a 2019 national poll by Common Sense Media showed that before children in the U.S. celebrate their 11th birthday, 53 percent of them already own a smartphone.

For parents, it’s another thing to worry about.

It will take a strong will coupled with some sensible disciplinary measures on the part of parents to mitigate the online habits of children.