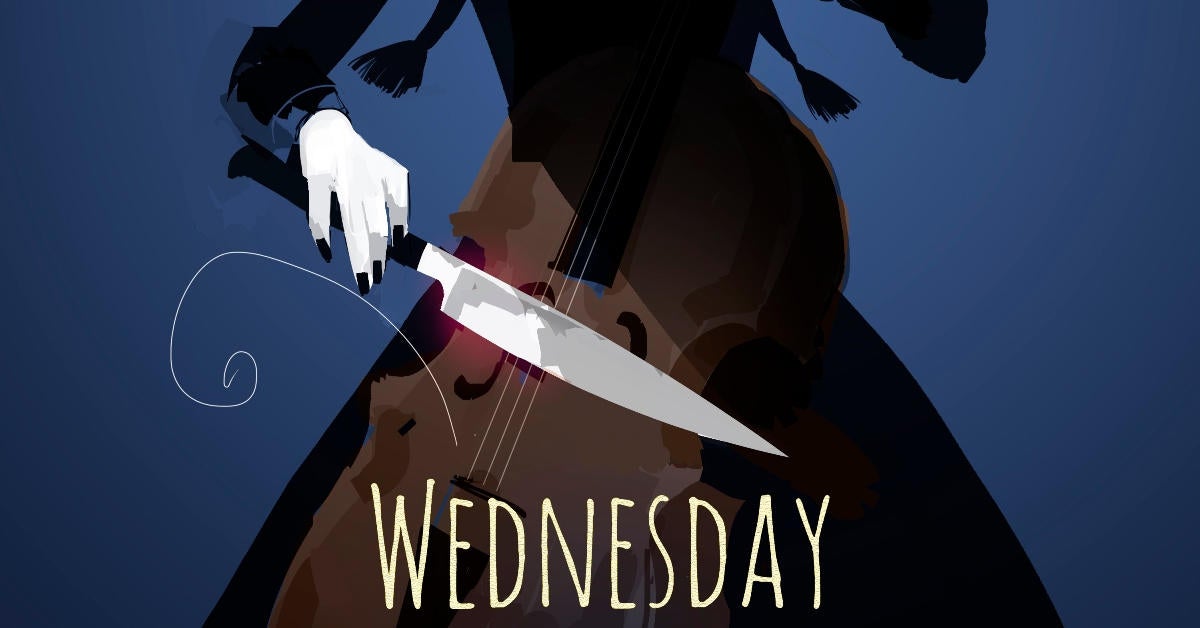 Netflix revealed the first glimpse of the new Addams family from the ‘Wednesday’ series.

Netflix posted a picture of the Addams Family in black and white to Instagram with the remark, "Say hello to Netflix's Addams Family."

In the black-and-white family photo, the spooky aristocracy is wearing the black clothes they always wear. 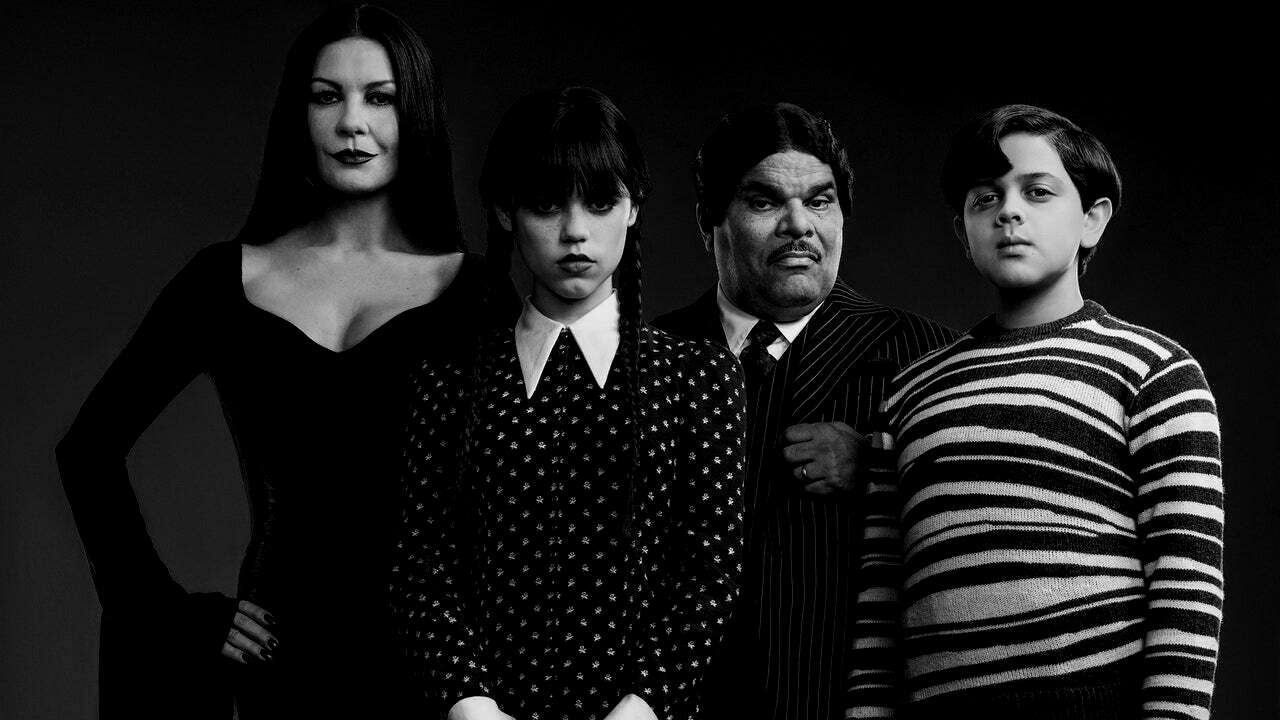 Black and white portrait of the Addams Family from the Wednesday

In the new Netflix series Wednesday, Wednesday Addams is no longer the pinnacle goth youngster.

Instead, she is now a teenage girl trying to find her place in the world and solve a murder mystery that has existed for many years.

One of the main ideas of the first season of Wednesday is that the main character, Wednesday, needs to find her own identity outside of being Morticia's beautiful daughter.

If she weren't enrolled in the same boarding school where her mother and father first met, it would be much simpler to do.

In the end, the plot will center on a mother and daughter negotiating those challenging teen years, even if the show will be full of strange animals and eerie locales.

According to the co-creator of the show, Alfred Gough, "The relationship that kind of hangs over the season is really Wednesday’s relationship with Morticia."

"How do you step out of the shadow of a mother as glamorous as Morticia?"

Catherine Zeta-Jones takes over for Anjelica Huston as Morticia, the family matriarch.

Luis Guzmán takes over for Raul Julia as Gomez in the 1991 movie.

A tweet from the Con Todo Netflix account gave viewers a deeper look at Guzmán's persona and referred to him as a "national treasure" for "his humor, charisma, talent, and eclectic 40-year acting résumé."

Jenny Ortega (Scream, X) plays the scary title character Wednesday, who is known for her pigtail braids and sharp-collared dress.

Pugsley, Wednesday's brother, is played by Isaac Ordonez (A Wrinkle in Time).

Netflix revealed the first glimpse of the new Addams family from the ‘Wednesday’ series, and this series is reportedly described as a detective-driven, supernaturally tinged mystery that follows Wednesday Addams' years as a student at Nevermore Academy.

Wednesday tries to get a handle on her growing psychic ability while dealing with her new, very complicated connections at Nevermore.

She also tries to stop a horrible killing spree that has destroyed the neighborhood and figure out what happened to her parents 25 years ago.

Wednesday is a coming-of-age dark comedy series directed by Tim Horton and written by Al Gough and Milles Millar. 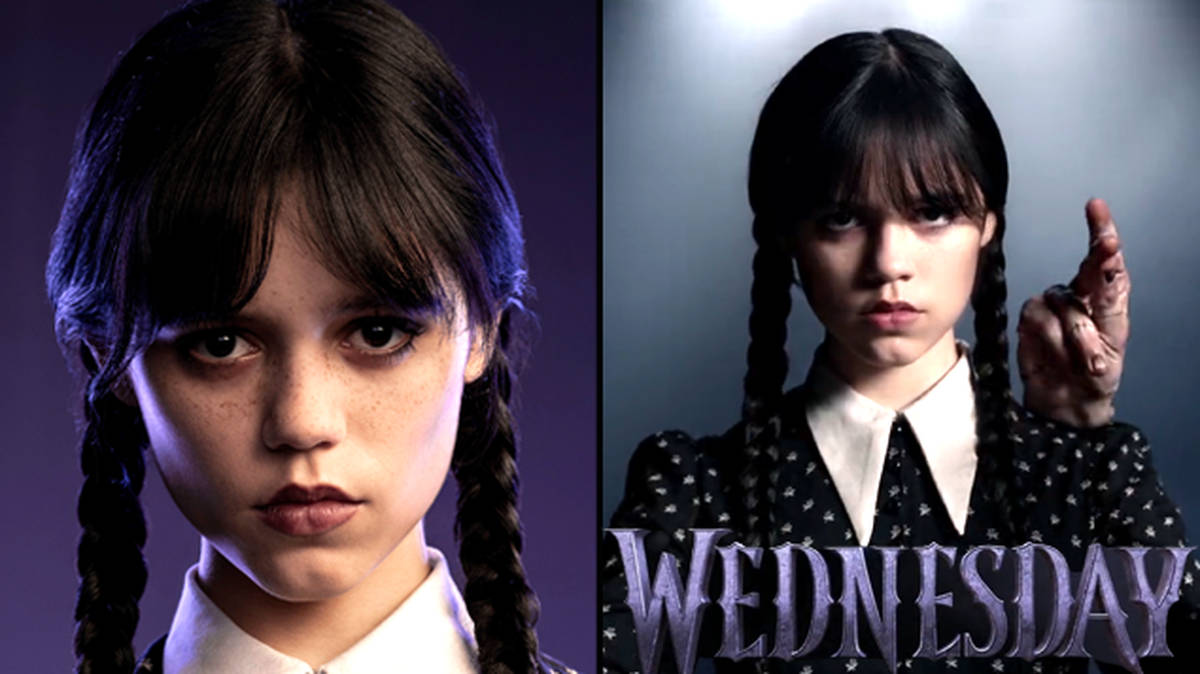 Christina Ricci, who played Wednesday in "The Addams Family" in 1991, will make a cameo appearance with an unnamed character.

Along with the portrait of Morticia and Gomez as a couple, Vanity Fair also released an exclusive still of Wednesday and Pugsley in a school's lockers. 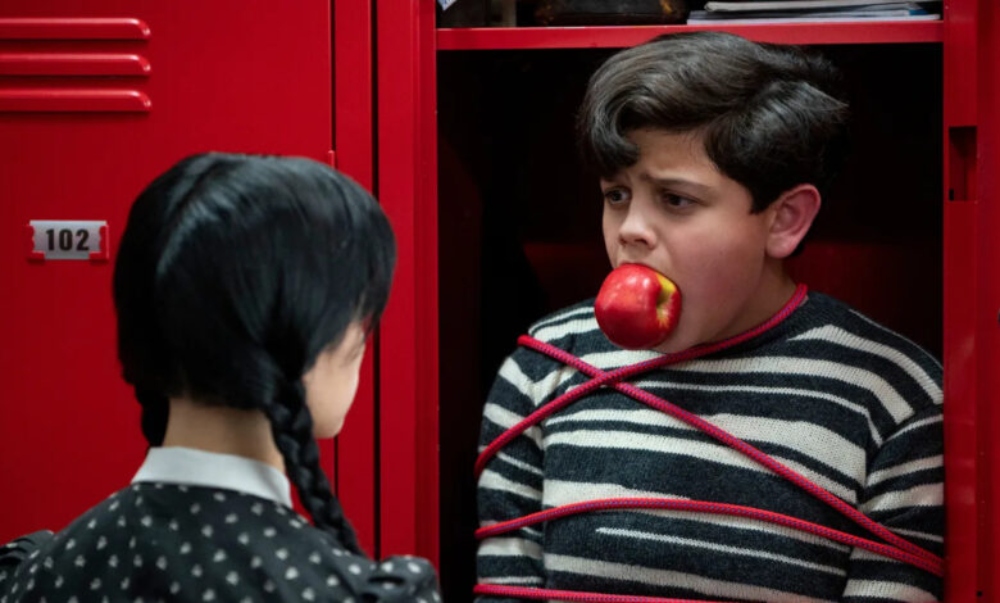 As of this writing, there are no hints as to who would play Fester Addams, Gomez's brother.

It has also been said that Christina Ricci, who played Wednesday in the movies of the 1990s, will have a role in the show that hasn't been defined yet.

It is still not known when the Wednesday premiere will take place.

The trailer is given below.

The trailer opens with a voiceover saying, "Miss Addams, you certainly had a very interesting educational journey", followed by the phrase "Eight schools in five years."

"Little did I know that I’d be stepping into a nightmare.

"Full of mystery, mayhem, and murder. I think I’m going to love it here."

One of the new pictures, which Netflix shared on social media in black and white, shows how different Morticia (Catherine Zeta-Jones) and Wednesday (Jenna Ortega) are from each other. 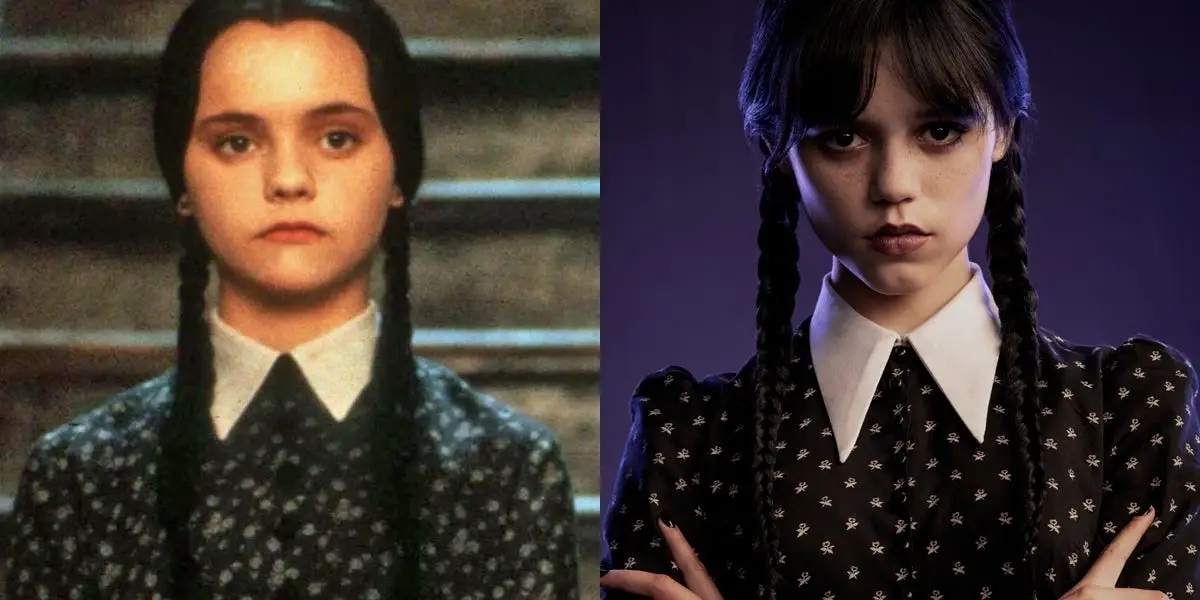 Morticia smiles sweetly and looks sure of herself in the family picture, while Wednesday frowns and clasps her hands in front of her.

In spite of the fact that everyone in the Addams family enjoys the macabre, it is obvious that the oldest Addams child is unique from the others.

Gough told the publication that Wednesday, like most children, finds her parents' propensity for PDA embarrassing.

Wednesday is afraid of emotion, he said, not of sharks or nasty crawlies or anything else.

"Their overt displays of affection drive Wednesday crazy."

Let's learn about what is The Addams family movie about so that you can learn the basic difference between The Addams Family and the Wednesday series.

The Addams Family, which is based on the 1960s television sitcom, is hilarious.

The story is about a shady lawyer who comes up with a plan to scam the strange and creepy Addams Family by pretending to be their long-lost uncle Fester.

The performances by Anjelica Huston, Christopher Lloyd, and Christina Ricci are outstanding, especially Huston, who does an outstanding job of delivering the dry, dark humor.

The comedy is actually very cleverly crafted and has a ton of outrageous sight gags.

The Addams Family is an absurdly entertaining and hilarious family movie that provides plenty of chuckles.

The Addams family is overjoyed when a man (Christopher Lloyd) who claims to be Fester, Gomez Addams' (Raul Julia) lost brother, shows up at their house.

Morticia (Anjelica Huston) starts to wonder if the man is telling the truth because he can't remember specifics about Fester's life.

With the aid of attorney Tully Alford (Dan Hedaya), Fester succeeds in having the Addams family removed from their residence.

Gomez understands that he must confront Fester since the two men are working together to steal the Addams' riches.

The series is not a continuation of the Addams Family movies from the 1990s, despite the fact that Wednesday Addams is no longer a small girl.

In its place, Charles Addams' characters from a run of comic strips that made their debut in The New Yorker in 1938 are being reimagined.

The new show, which was made by the people who made Smallville, Miles Millar, and Alfred Gough, is directed by the well-known Tim Burton.

Is Wednesday Addams On Netflix?

Yes, the series Wednesday Addams will be available on Netflix this fall (2022).

Jenna Ortega plays Wednesday, the weird teenage daughter of Morticia and Gomez Addams. The show was made by Tim Burton.

How Old Is Wednesday Addams?

Wednesday Addams is a 13-year-old who has an obsession with killing people.

Netflix revealed the first glimpse of the new Addams family from the ‘Wednesday’ series on August 17, 2022.

Burton is the show's director and executive producer, and Colleen Atwood, who has won four Oscars, is in charge of the costumes.