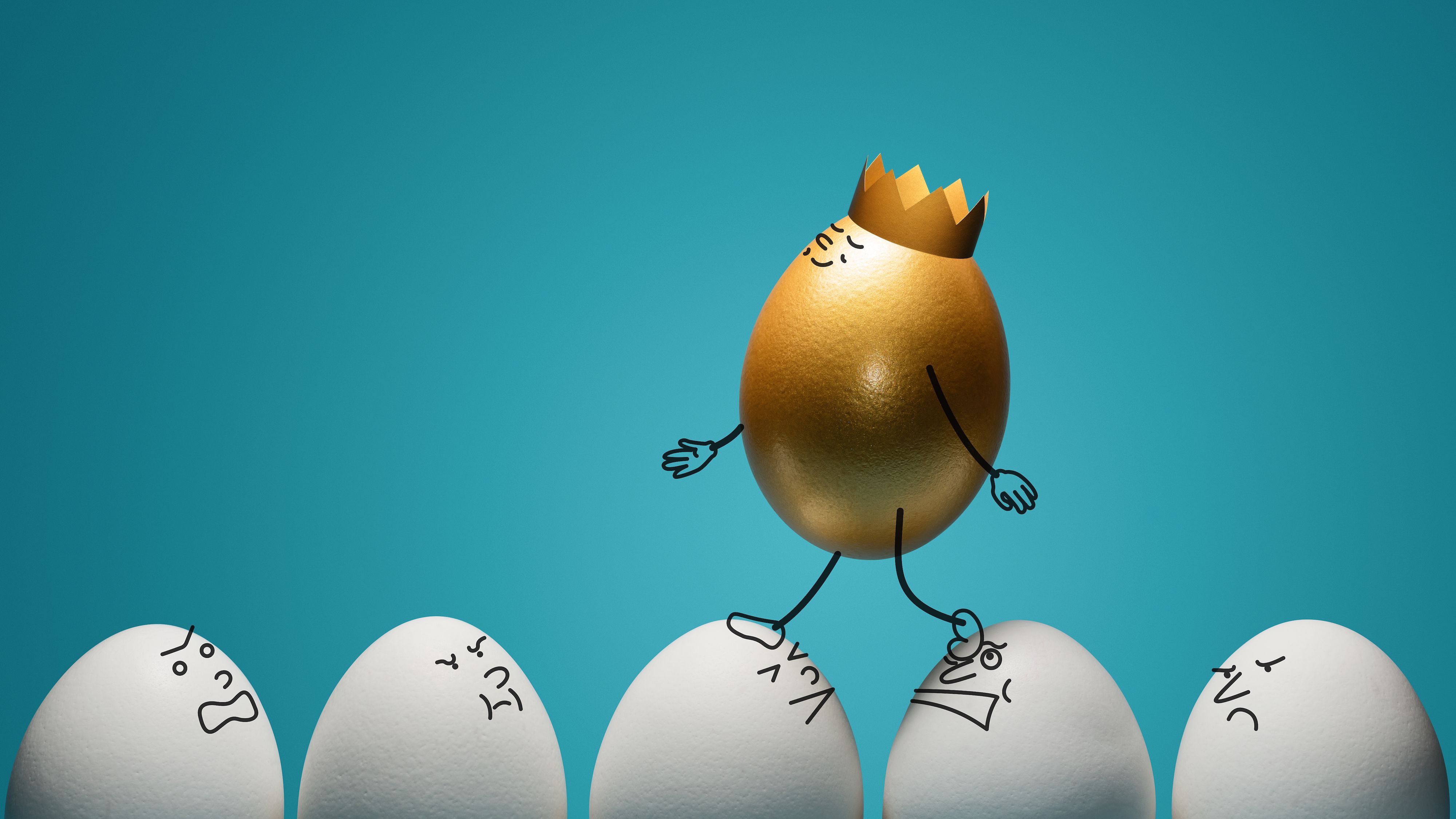 Narcissism is characterized by a preoccupation with one's own desires to the exclusion of those of others.

True narcissists often don't care about what other people want or how they feel, which is a trait shared by most people.

And they have no clue how their actions affect those around them.

Even though narcissism is a character flaw, it can also be a symptom of a more serious personality problem.

Since narcissism is a spectrum disorder, not all narcissists experience Narcissistic Personality Disorder (NPD).

People who show the most extreme forms of narcissism are diagnosed with NPD, while those who show less severe but still noticeable signs of NPD may be placed further down the scale.

Narcissistic people can exude an air of charisma and charm.

Narcissists frequently seek out the company of someone who will stroke their ego.

They form relationships, however shallow, in order to bolster their self-perception.

Narcissistic personality disorder is a type of mental illness in which a person has an inflated sense of how important they are, a strong need for attention and admiration, hard relationships, and a lack of empathy for other people.

But beyond this veneer of unwavering self-assurance lurks a delicate sense of self-worth that is easily damaged by even the mildest kind of criticism.

A narcissistic personality disorder can manifest itself in a number of negative ways in a person's life, including their relationships, careers, academic performance, and financial situations.

People who suffer from narcissistic personality disorder are likely to have feelings of general unhappiness and disappointment when they are not accorded the particular treatment or adoration they feel they are entitled to.

They might not get what they want out of their relationships, and those around them might not find them appealing.

In spite of the fact that they have certain similarities, it's possible that their childhoods were very different from one another.

How people act in romantic relationships is based on their personality types, which can be further divided into two different groups.

People who act in this way were probably spoken to and treated as if they were better than others when they were young.

These expectations may still be placed on them once they reach adulthood. They are prone to boasting and have an aristocratic attitude.

People with grandiose narcissism are rude, bossy, and think a lot more of themselves than they should.

They have a lot of confidence in themselves and aren't easily hurt.

This behavior is typically the outcome of either neglect or abuse in the child's formative years.

People that behave in this manner are significantly more sensitive.

When they act in a narcissistic way, they are better able to keep feelings of inadequacy at bay.

Even though they frequently experience feelings of superiority and inferiority in comparison to others, they are easily insulted and become anxious when others do not treat them as though they are unique.

Because many people who suffer from NPD, both narcissists and others, do not seek treatment, research and investigation into narcissism are ongoing and never-ending processes.

On the other hand, there are a number of traits that are typical of people who display narcissistic behavior, and you might be able to recognize some of these traits in yourself.

Having A Sense Of Entitlement

Those who subscribe to this school of thought are of the opinion that others should cater to their whims and that the rules do not pertain to them in any way.

Narcissism is also linked to the desire to control or manipulate other people.

Someone who is narcissistic may at first make an effort to fulfill and impress you, but in the end, their own needs and desires will always take precedence over those of others.

In order to maintain their sense of power and control over the situation, narcissists will, wherever it's possible to do so, strive to put some distance between themselves and other people.

They might even be willing to take advantage of other people in order to advance their own interests.

People who do this have a strong need for external validation, so they often brag about or exaggerate their achievements to get attention.

The inability to feel empathy for other people is another symptom of narcissistic personality disorder.

Because of this, it will be much harder for people to take responsibility for their own actions and decisions.

People who exhibit narcissistic behavior already believe that they are better than other people, and when they do not get the respect that they believe they deserve, they may become unpleasant or hostile toward other people.

Narcissists believe that they deserve respect because they are better than other people.

They may say or behave disrespectfully toward those who they feel to be inferior, despite the fact that they consider themselves to be on a higher social rung than those people.

How To Deal With Narcissism

If they receive the right therapy, people who have NPD or high levels of narcissism may be able to learn how to recognize their own behavior.

This might help them enhance both their own lives and the lives of those around them.

Therapy has historically been avoided by narcissists because it conflicts with the way they see themselves.

They could require a loved one's support to persuade them to seek expert help.

Knowing that you're married to an unreliable partner may help you change the dynamics of the relationship and encourage your spouse to change how they view you and your union.

You might make yourself and your partner look better and help lessen some of the bad effects of narcissistic behavior.

By recognizing your narcissism, you might be able to start to change your self-esteem into self-compassion.

In other words, you should love yourself more than you compare yourself to others.

You can give up trying to compare yourself to others, which would lessen your future need for praise and recognition.

There is a lack of understanding of the factors that lead to narcissistic personality disorder.

It's likely that narcissistic personality disorder is caused by a complex mix of things, just like personality development and other mental health problems.

There may be a connection between narcissistic personality disorder and the following:

Can Narcissism Be Diagnosed?

An individual must exhibit five out of the following nine characteristics in order to receive a diagnosis of narcissistic personality disorder.

Narcissistic personality disorder affects more men than women, and it usually shows up when a person is in their teens or early 20s.

Remember that even though some young children may exhibit narcissistic features, this may simply be a function of their age and does not necessarily portend the development of a narcissistic personality disorder.

Although the exact cause of narcissistic personality disorder is unknown, some experts believe that overprotective or neglectful parenting behaviors may have an effect on physiologically vulnerable children. 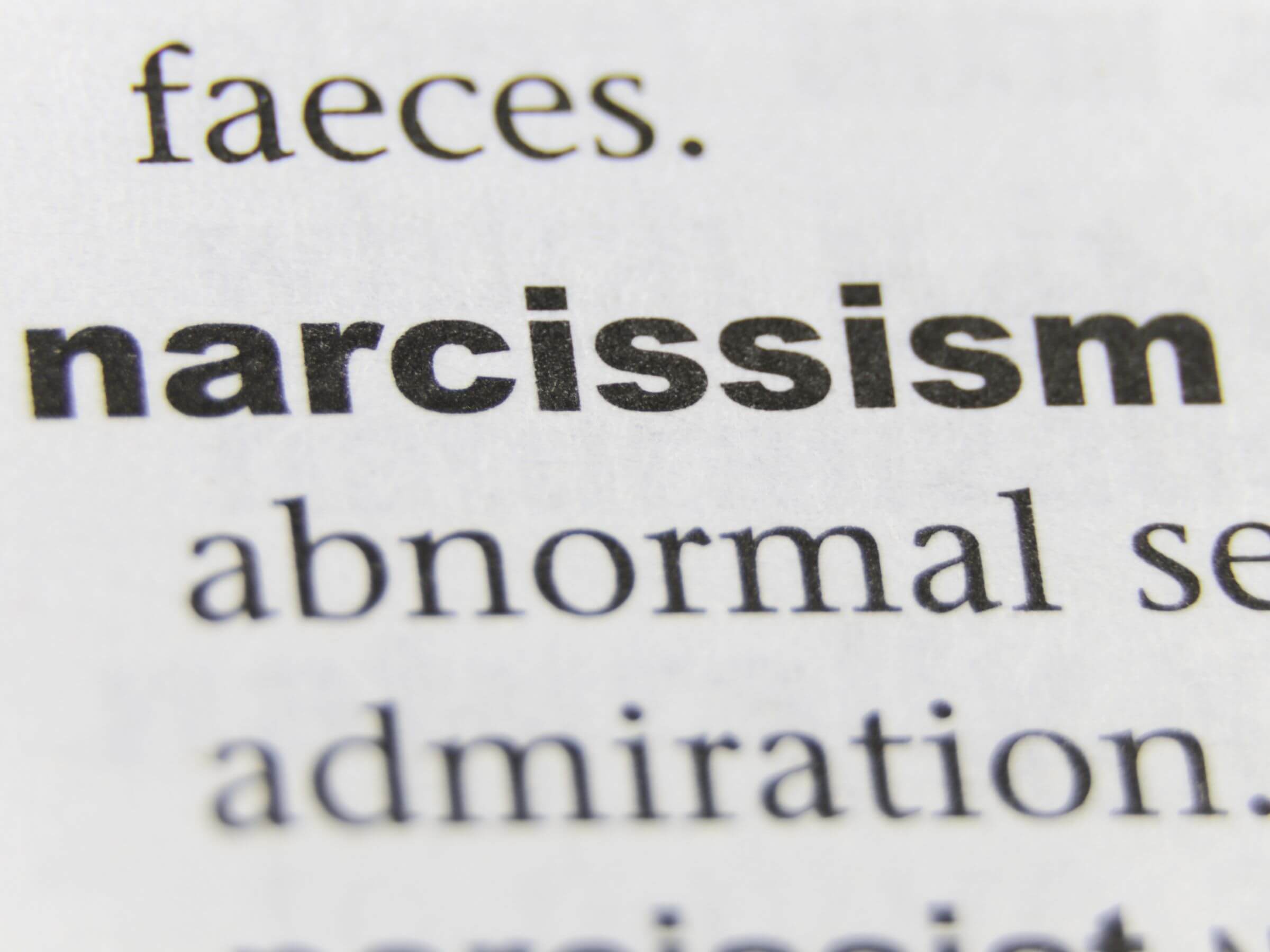 The word narcissism written in black surrounded by other words

Complications can arise, including but not limited to the following, in addition to narcissistic personality disorder and other disorders that may be associated with it:

No one knows how to keep from getting narcissistic personality disorder because no one knows what causes it.

If your child has a mental health issue, seek help as soon as you can.

Family counseling can help you learn how to talk to your family in a healthy way and how to deal with fights and feelings of sadness.

If you need to, sign up for parenting classes and talk to therapists or social workers if you need help.

What Is An Example Of Narcissism?

You might consider someone to be a narcissist if they have an excessive number of selfies on their social media accounts or if they spend the entire first date talking about how great they are.

But someone who suffers from narcissistic personality disorder can be considered a real narcissist.

Do Those With Narcissism Apologize?

If you've ever heard the statement, "Narcissists never apologize," you should know that it's not entirely accurate.

Narcissism has many traits, such as a sense of entitlement, elitism, and arrogance, that make it unlikely that someone with these traits will choose to apologize.

However, apologies are sometimes offered with the intention of covering up something else.

Can A Narcissist Love?

Narcissistic personality disorder, or narcissism, is a mental condition that is marked by a sense of self-importance (grandiosity), a constant need for admiration and attention, and a lack of empathy for other people.

Because they can't understand how other people feel, narcissists can't really love you.

Can A Narcissist Be A Good Person?

The self-congratulatory narcissist believes they are a good person.

They frequently give off the impression of being steady and good-natured.

They are highly known and have a positive reputation.

When more is demanded of them than they are willing to provide, that is when problems start to occur.

Because narcissistic people may not want to consider that anything might be wrong, they may be less likely to seek help.

The symptoms of depression, drug or alcohol use, or another mental health issue are more likely to be the reason people seek therapy if they do.

But if you feel like you've been treated unfairly, it might be hard to accept and stick to treatment.

Consider consulting a reputable physician or mental health professional if you notice personality traits that are typical of a narcissistic personality disorder in yourself or if you're experiencing overwhelming sadness.

Correct medical care can improve your quality of life and make it more meaningful.