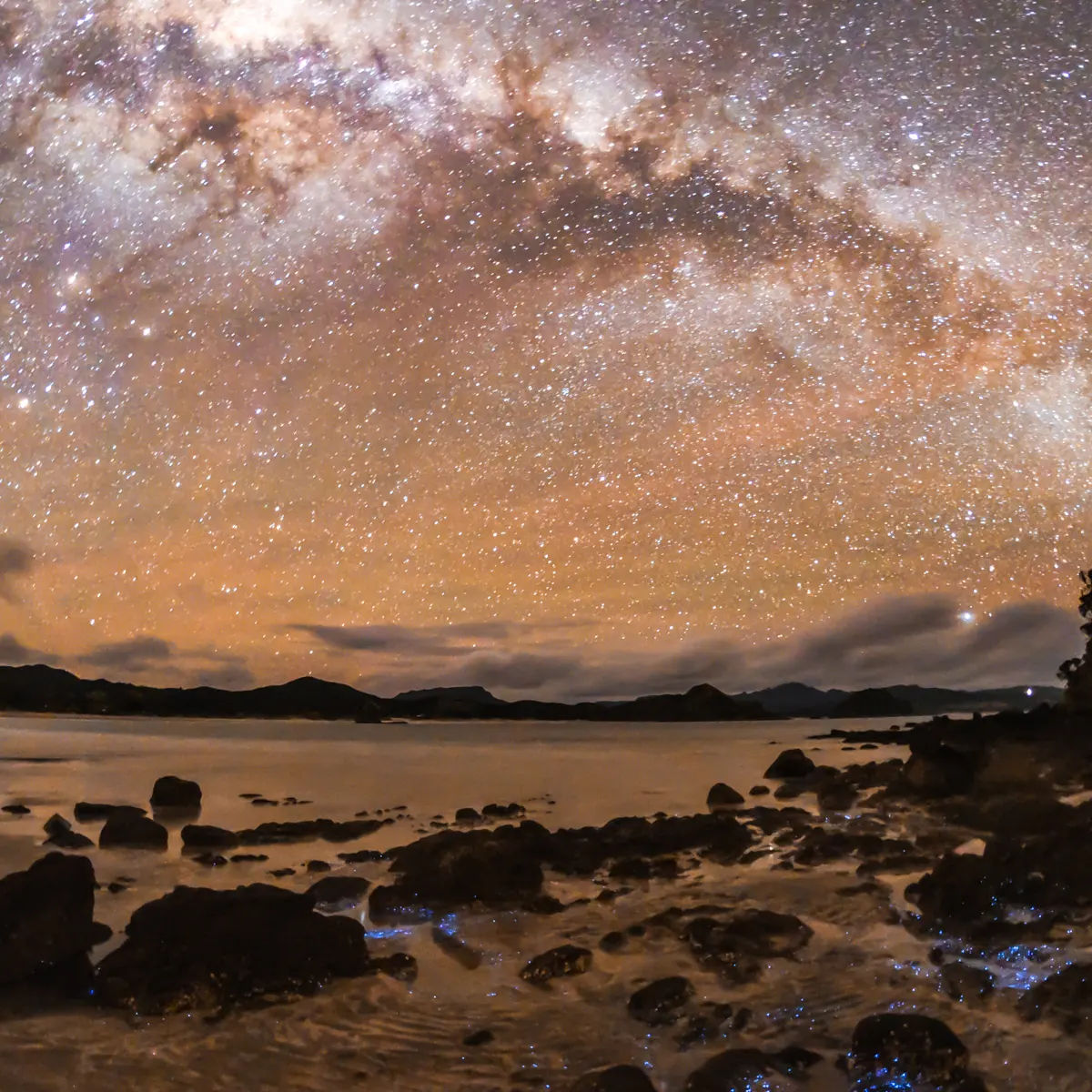 If you think you already know all the amazing places in this world, then wait till you see this list of the most unknown paradises in the world to visit in 2022.

Various individuals will have different ideas of what paradise is, but for us, it's a wonderfully magnificent place with a touch of isolation. So, obviously, not all of them are tropical islands; a mountain or a forest could be just as lovely.

If you want to surprise your friends with something unique, off the beaten path, read on. Keep reading for a tour of the world's top hidden getaways.

You would think this is an unusual choice for a list of the best hidden paradises in the world, but the Isle of Anglesey is about as hidden as it gets in the UK. Wales' largest island, located on its northern tip, is a favorite of the Royal Family as a private retreat. 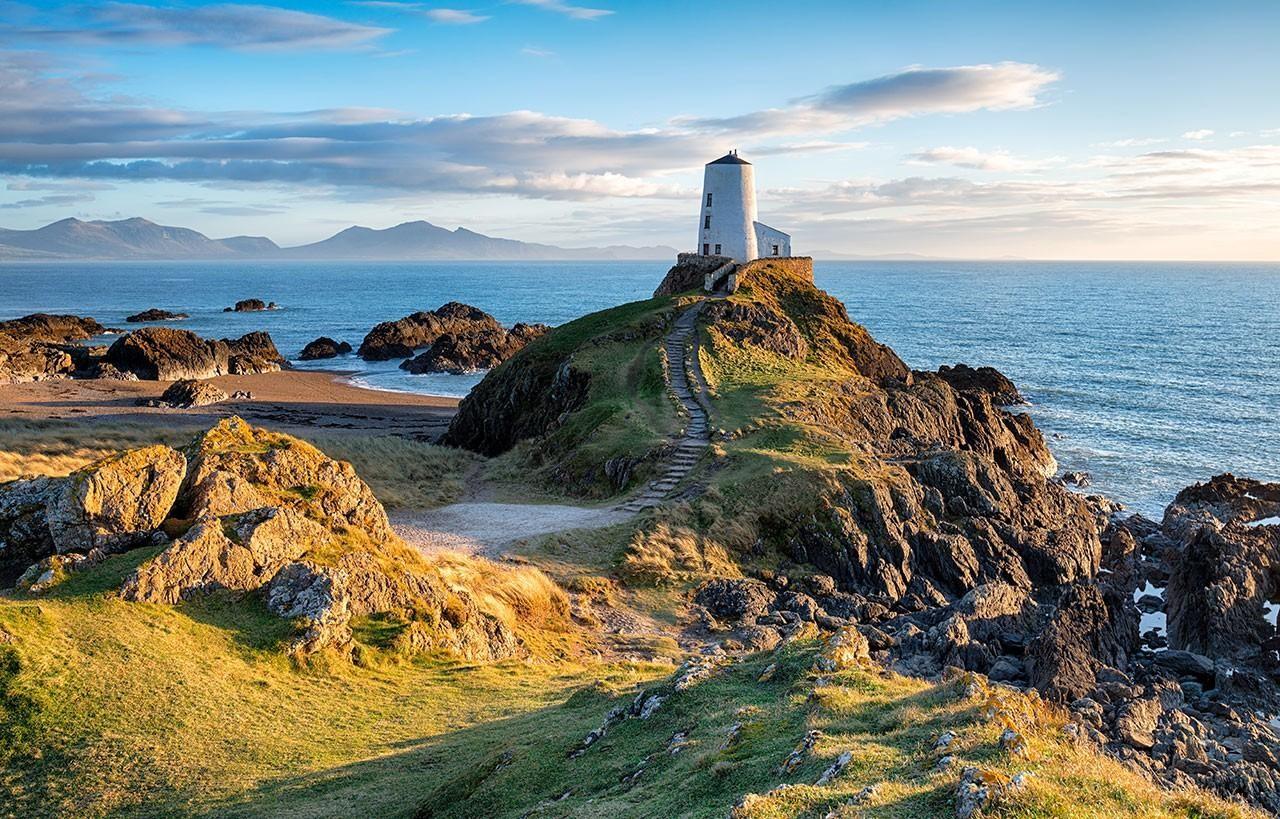 A stunning view of Isle of Anglesey

Miles of spectacular coastline, empty beaches, and significant historical monuments await you. The Isle of Anglesey is also deep in history, with Celtic mythology claiming that the Roman invaders in 60AD were chased away by the island's Celtic druids.

Visit the wrecked chapel on Llanddwyn Island, which was formerly home to Saint Dwynwen, or Wales' final built castle, which, despite not being completed, is an extraordinary accomplishment of human ingenuity.

Ladakh, India's last frontier, is progressively attracting travelers. This sanctuary, however, stays hidden, thanks in part to the beautiful rocky peaks that surround it. 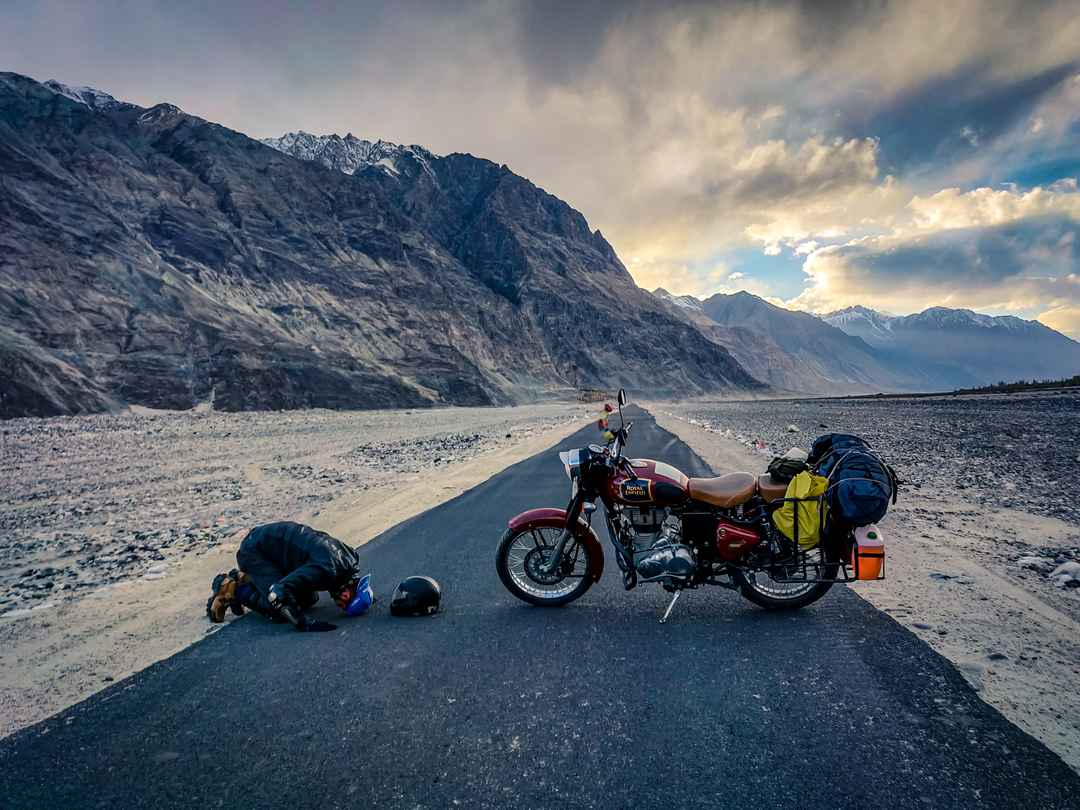 A man bowing on the ground in Ladakh

The 'Land of High Passes' is located in one of the most stunning sections of the Himalayas, sandwiched between Pakistan, Tibet, and Xinjiang Province - this undiscovered hidden gem boasts snow-capped peaks, pure air, and mountain monasteries.

Under the huge blue sky, you'll see red-robed monks and Buddhist prayer flags. Escape the modern rat race by living in a community that values self-sufficiency and environmental sustainability. You can't expect to move quickly here; it takes at least a week to adjust to the altitude and manage the scary roads.

Most tourists flock to Mexico's Caribbean coast, but they're losing out. As the world's second-longest peninsula, Baja California features sections of pristine shoreline - it's the ideal hidden spot to catch waves without people.

Because of a lack of public transit and tourist infrastructure, this region of the world remains largely unexplored, therefore choosing for the slow life here.

Drive the historic Highway 1 to the northern point to find uninhabited beaches and peaceful fishing communities. If you want to swim in peace, we recommend Baha Concepción. But don't tell anyone else.

Enter a murky and misty area of Instagram and you'll find a plethora of Faroe Islands photos. These islands, however, manage to remain a secret doorway because they are rather difficult to get - the effort, however, is well worth it.

A view of a cliff in Faroe Islands

Because the islands are part of the Kingdom of Denmark, the best way to get to them is through Copenhagen. If you're seeking for seclusion, isolation, and stunning beauty, the Faroe Islands are the place to be.

Torshavn, the capital, has a population of just over 20,000 people, thus trekking in the highlands is guaranteed to be lonely. However, because the weather in this area is unpredictable, it's always wise to notify folks when you're going out (better safe than sorry, right?).

There's nothing more enthralling than towering cliffs, circling seabirds, and falling waterfalls into the ocean on these islands.

If you happened across Sardinia by chance, you'd be startled to learn that it's located in the Mediterranean Sea - this is as near to a hidden island paradise as Europe gets. If you want to be stranded on an island for a week, this is the perfect option. 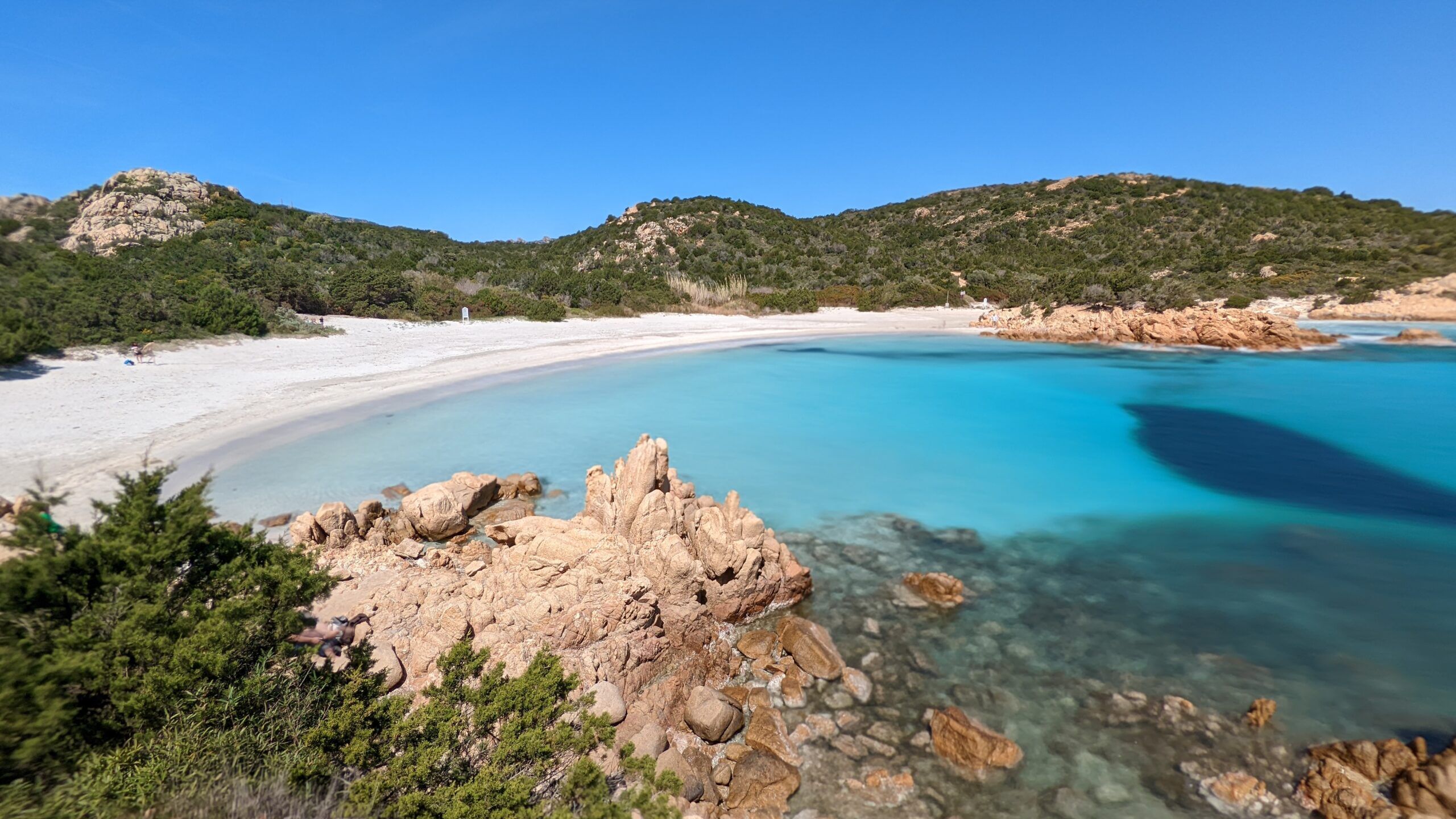 A stunning view of the beach in Sardinia

Sardinia offers the most beautiful white-sand beaches, blue waters, and rocky coves, but it lacks the throng of other Mediterranean resorts. If you want to enjoy topless sunbathing with no one nearby, head to the island's lengthy southern beaches.

The Amazon Rainforest frequently overshadows the Congo Basin. Nonetheless, being the world's most important wilderness area, it unquestionably makes our list of favorite isolated paradises. 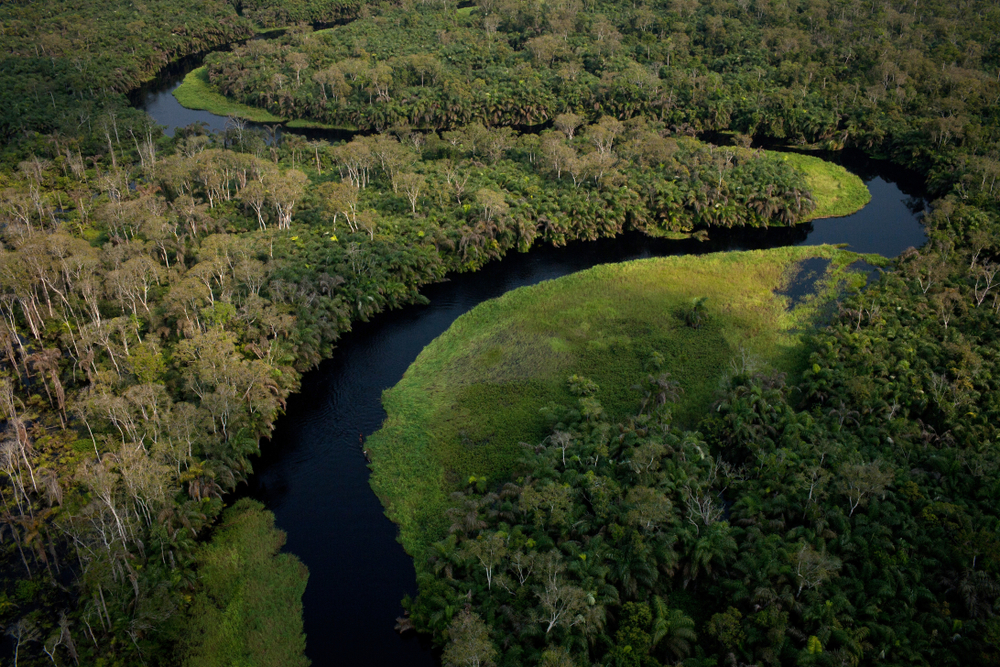 An aerial view of The Congo Basin

From Tanzania to Cameroon, this biodiverse rainforest encompasses nine countries. Visit this hidden gem to see endangered animals such as the world's largest gorillas, chimps, and forest elephants.

Odzala National Park, one of Africa's oldest, is a terrific unknown area to base yourself - this park preserves 13,600 square kilometers of woodland, with habitats including forests, marshes, rivers, and swamps.

Portugal is without a doubt one of the world's most popular tourist destinations. While the less discriminating traveler would fly to The Algarve for sun, sand, and sea, or Lisbon for culture, we're going to Setubal Bay.

The bay is part of a National Ecological Reserve and is home to some rare wildlife habitats, including the River Sado Estuary, one of Portugal's most important wetlands. The cove also has a bottlenose dolphin colony, which is a sight to witness.

The lovely Praia dos Galapinhos has been awarded one of Europe's Best Beaches, but we don't want it to lose its secret status.

Havelock Island is the perfect place to find a hidden passageway. This tropical island offers it all, from white-sand beaches to lush forests and turquoise waterways. 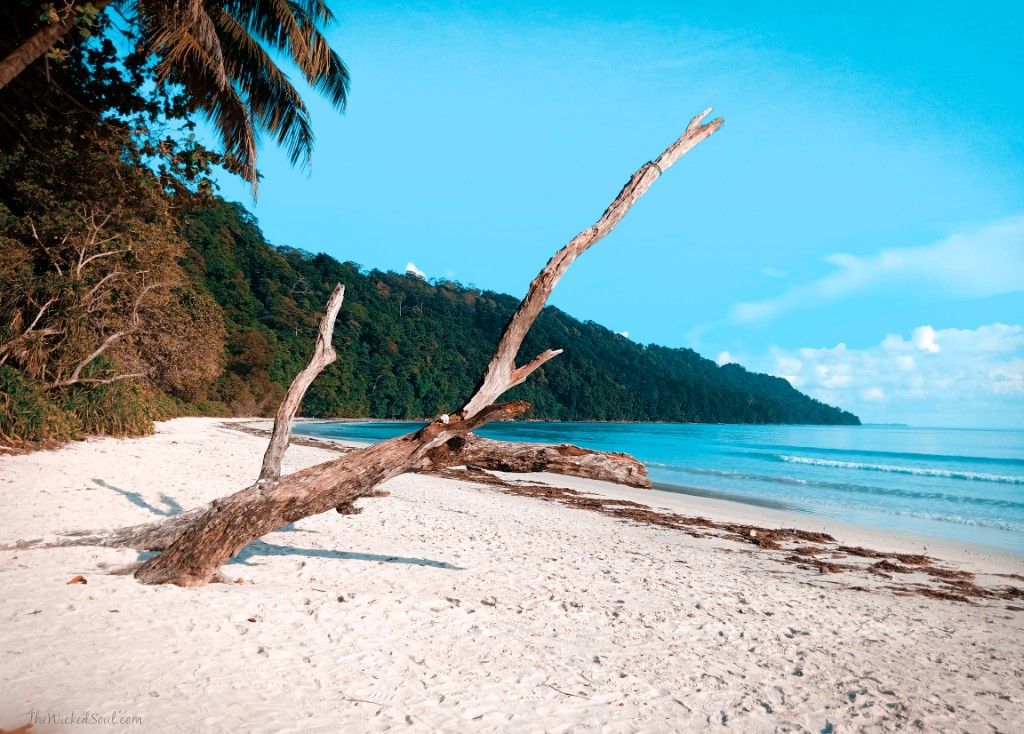 Despite the fact that resorts have replaced the bamboo beach huts, most of the island remains unspoilt - so much so that you may find yourself sharing the beach with a huge and unexpected guest (guess how Elephant Beach earned its name).

This beach is great for snorkeling, but if you go there early enough in the morning, you'll see elephants splashing off the night's shenanigans in the water. While Havelock Island offers some of Asia's best beaches, don't miss out on seeing the wild interior on a trekking excursion.

We would be foolish not to include Finland in our list of the top 10 secret paradises of the globe, as it has the world's largest archipelago, with tens of thousands of islands to select from. 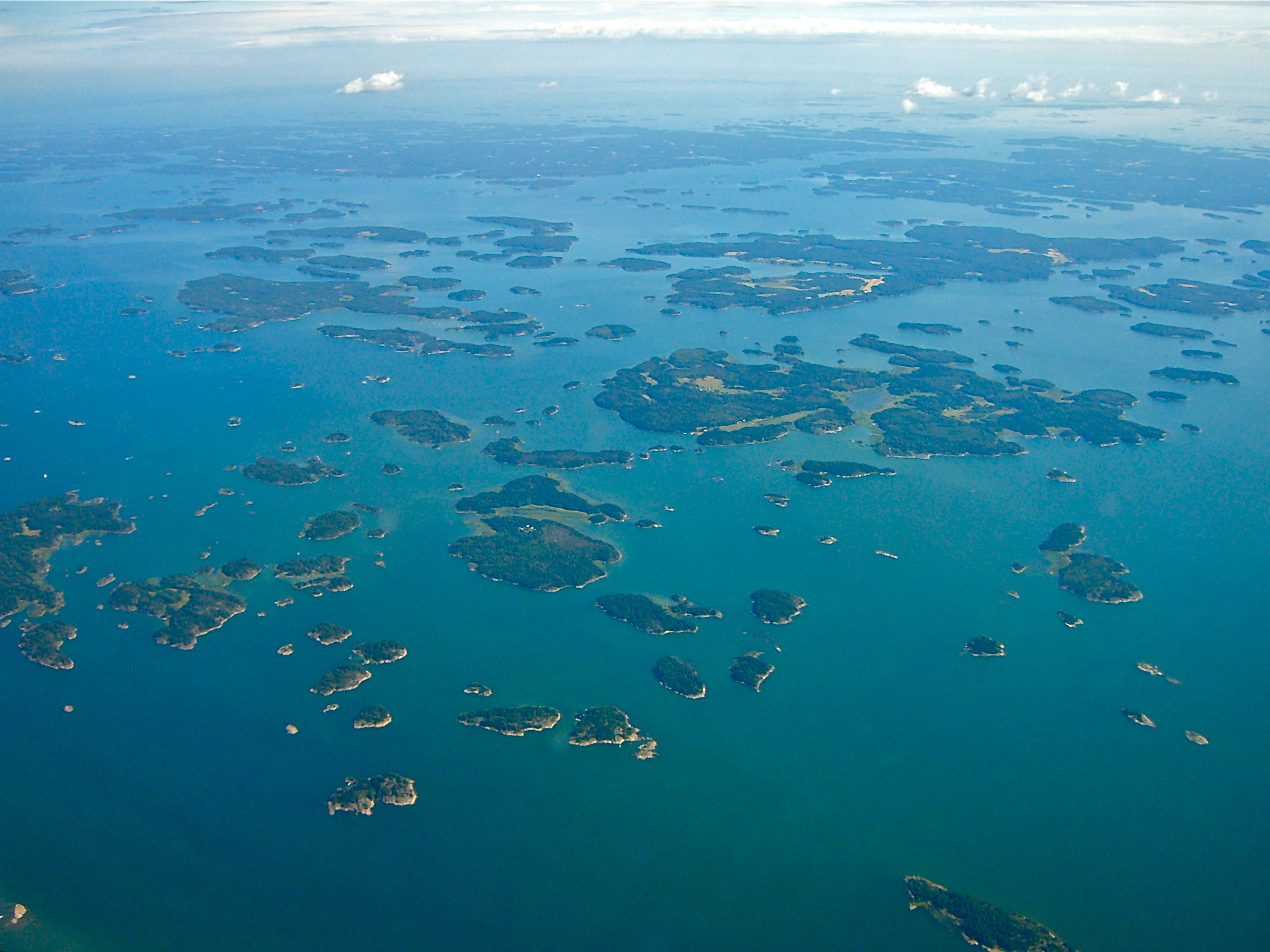 The Finnish Archipelago spreads across western and southwest Finland, containing wild and unruly forested islands, isolated inlets, and charming settlements. Explore this paradise in the style of Huckleberry Finn by sailing or kayaking.

Forage for food by harvesting berries or capturing fresh fish; you may even come across an unclaimed island.

If living off-grid and hiding in nature is your idea of bliss, Great Barrier Island is the place to be. The island's 1000 residents rely on renewable energy resources and the collection of freshwater to subsist.

This island is around 4.5 hours by ferry from Aukland City and seems like the perfect quiet getaway. Over 60% of the island is a protected conservation area, so getting lost in the wilderness is easy.

The island is covered in virgin forest, with natural hot springs, deserted sandy bays, and rare plant and bird species.

What Are Some Unknown Places?

Are There Hidden Places On Earth?

There are numerous hidden places around the world, but the Svalbard Global Seed Vault in northern Norway is one of the most well-known. What are some cool hidden spots? There are plenty amazing secret locations on Earth. For example, in Cuba, there is a well-known secret location known as Cueva del Indio.

What Is The Most Unknown Place In The World?

Located on the Norwegian island of Spitsbergen in the remote Arctic Svalbard archipelago, 1,300 kilometers from the North Pole, the Svalbard Global Seed Vault is the safest seed bank in the world. It is housed 120 meters underground in a sandstone mountain.

There will probably always be spots throughout the world that are overlooked by tourists, and in 2022, these are the locations that are expected to fly under the radar. If you get the chance, pack your bags and head out to one of these amazing places as soon as you can.