Primary Function Of Money As A Medium Exchange 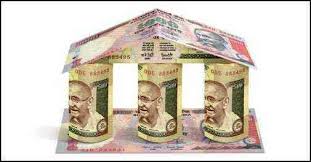 When money is used as a medium of trade, it serves as a tool for economic calculation and planning. It becomes more difficult for people to make production, consumption, and trading choices if they lack a reference point to which they may compare the worth of other goods and services.

Money's third role after serving as a medium of exchange and a store of value is as a unit of account. This property's importance in an economic system may be better understood by looking at the work of Austrian economists who have passed away.

The Use Of Knowledge In Society By Friedrich Hayek

"The most significant economic study in history." This paper's 11 pages have been read widely 70 years after its publication and have had a lasting impact on the lives and businesses of many people around the world, perhaps none as significant as its role in the foundation of one of Internet's most important websites and the largest single body of knowledge gathered in human history. Unlike highly theoretical, insignificant, and esoteric modern academic research that is read by nobody, This paper by Hayek and his definition of knowledge inspired Wikipedia's founder, Jimmy Wales, to begin the project.

It is not only about distributing resources or goods, but rather about allocating them using information that is not supplied in its whole to any one people or organization, according to Hayek's explanation of the economic dilemma. It's impossible for a single entity to have a complete understanding of economic circumstances, factors of production, and consumer preferences since none of these things are objective.

Prices Are Knowledge And Information In A Free Market Economy

Prices are the signals that transmit information in a free market economy. The prices of the items involved are the sole way for an individual to make a choice since they reduce all market circumstances and realities into one actionable variable for that person. Each person's choices will have an impact on the final pricing. There will never be a centralized authority that can both absorb and replace all of the information that goes into determining a price.

Take, for example, the earthquake that devastated Chile's copper infrastructure in 2010, a nation that is one of the world's greatest producers of commodities. The earthquake damaged copper mines and the ports from where they are shipped when it struck a location with a lot of copper deposits. This resulted in a 6.2% increase in the price of copper due to a decrease in copper supply on global markets.

There is no need for anybody working in the copper market to know anything about the earthquake, Chile, or the current market circumstances in order to make a decision. They have all the information they need right there in the price increase. There is an immediate incentive for all enterprises requiring copper to reduce their demands, defer acquisitions that are not urgently required, and seek alternatives.

Learn How Pricing May Be Used To Communicate Information

Imagine if on the day before the earthquake, the whole world copper industry was taken over by a specialized agency, which means that output is assigned without regard to the market price at all.. In the wake of the earthquake, how would such an organization respond? What criteria would they use to choose which of the numerous copper producers across the globe should raise output, and by how much?

To determine the most cost-effective new level of production, the management of each company in a pricing system will examine the copper price and the costs of all inputs. Using pricing, many specialists labor for decades in a company to arrive at these answers, and they know their own business considerably better than central planners, who are unable to use prices.

Prices Are The Sole Mechanism For Trade And Specialization

There is no use in dividing labor and specialization beyond a very elementary level without the use of pricing. Through the specialization of the items they have a comparative advantage over—i.e., the goods they can manufacture at a lower relative cost—trade helps producers raise their quality of living. As long as prices are stated using a common currency, consumers may recognize their comparative advantage and focus on it.

Specialization, aided by price signals, will lead to more efficient production of these items by producers learning by doing and building capital particular to the production of these goods via experience. Because of this, even if there were no inherent differences in relative costs, specialization would allow each producer to accumulate capital relevant to its production and thus increase their marginal productivity in it, allowing them to lower their marginal cost of production and trade with those who accumulate capital to specialize in other goods.