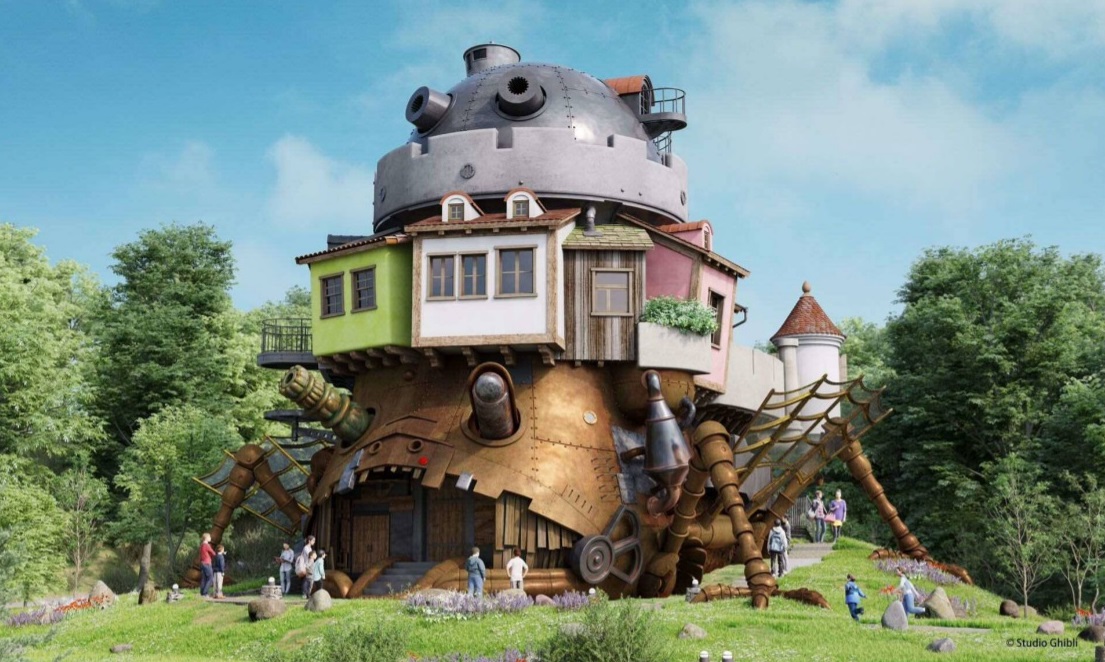 A train for cats? That is indeed how it should be read.

This brand-new - and extremely brief - a piece of animation from famed director Hayao Miyazaki animates the Studio Ghibli Theme Park trailer and blends felines and another method of transportation.

If being spirited away to the cutest spot on earth is at the top of your must-do list, then you've probably been counting down the days until November 1.

On that day, you'll be able to go on your dream vacation.

After years of anticipation, that is the day that Studio Ghibli's very own theme park would finally open its doors to the public.

And everything seems to be taking on a rather enchanted air.

My Neighbor Totoro has a cat bus, but this new animation only lasts a few seconds.

We'll keep our fingers crossed that the Studio Ghibli theme park will expand on that concept or show a longer version of it.

The Japanese animation studio has been posting images of the park on its Twitter page, and it truly does look like the company's exquisite frames in real life - just like the Studio Ghibli museum in Mitaka, which is located in a city that is on the western suburbs of Tokyo.

Another item that is definitely delightful is a trailer for the new park that was directed by Hayao Miyazaki.

The trailer is meant to increase ticket sales, and it has an extremely adorable cat train.

If the new trailer for the park in Nagoya's Aichi Prefecture got you excited, you'll feel like you're in one of Studio Ghibli's movies when you get there.

It's about three hours by train from Tokyo, covers 200 hectares, and was first talked about in 2017.

There's already a replica of Satsuki and Mei's house from My Neighbor Totoro at the Aichi Prefecture Expo Park, and it's getting a lot more attractions as it turns into a full-fledged Studio Ghibli theme park.

The site was first called a My Neighbor Totoro site, so it makes sense that Totoro is a big part of it.

You can also see a life-size version of Howl's Moving Castle, the antique shop from Whisper of the Heart, Kiki's home from Kiki's Delivery Service, and a Princess Mononoke-themed village.

Also planned are references to the cat from Whisper of the Heart and The Cat Returns, buildings with design elements inspired by Laputa: Castle in the Sky, and a super-sized garden that will make you feel like one of the tiny characters from Arrietty.

You can expect more references to Ghibli's different works in the future, possibly even recreating parts of its most recent movie, Earwig and the Witch.

Fans are in for a treat if the final product is even half as amazing as the studio's museum.

There, you can also climb up to the building's rooftop garden to see a robot from Laputa: Castle in the Sky.

There's also a cute little theater where you can watch exclusive shorts, like a sequel to My Neighbor Totoro.

In fact, the museum is such a popular tourist spot that you have to buy tickets more than a month in advance.

Being in the crowded gift shop will make you feel like a susuwatari, which is what Totoro calls his beautiful little balls of floating soot.

When The Theme Park Will Open?

We can now look at a full map of the park and use it to help us plan if we get the chance to go.

According to Crunchyroll, Ghibli Park will open on November 1.

November may seem like a long way off. But it will be here before you know it, like a huge castle sweeping across the land.

The Studio Ghibli theme park will be built on land that is already a park.

It will have a lot of greenery and natural surroundings, which fits with the strong environmental messages in Ghibli's movies.

The draft concept outline says that the site will also encourage people to "enjoy walking" and will try to be "a one-of-a-kind park that more people love."

We don't think either one of them will be hard.

If the Miyazaki Animates Studio Ghibli Theme Park Trailer gets you excited.

It's no surprise that you're now planning a trip around Ghibli, you'll need to cross your fingers that Japan's border rules change before November.

At the moment, the only way for foreigners to visit the country is as part of a tour group.