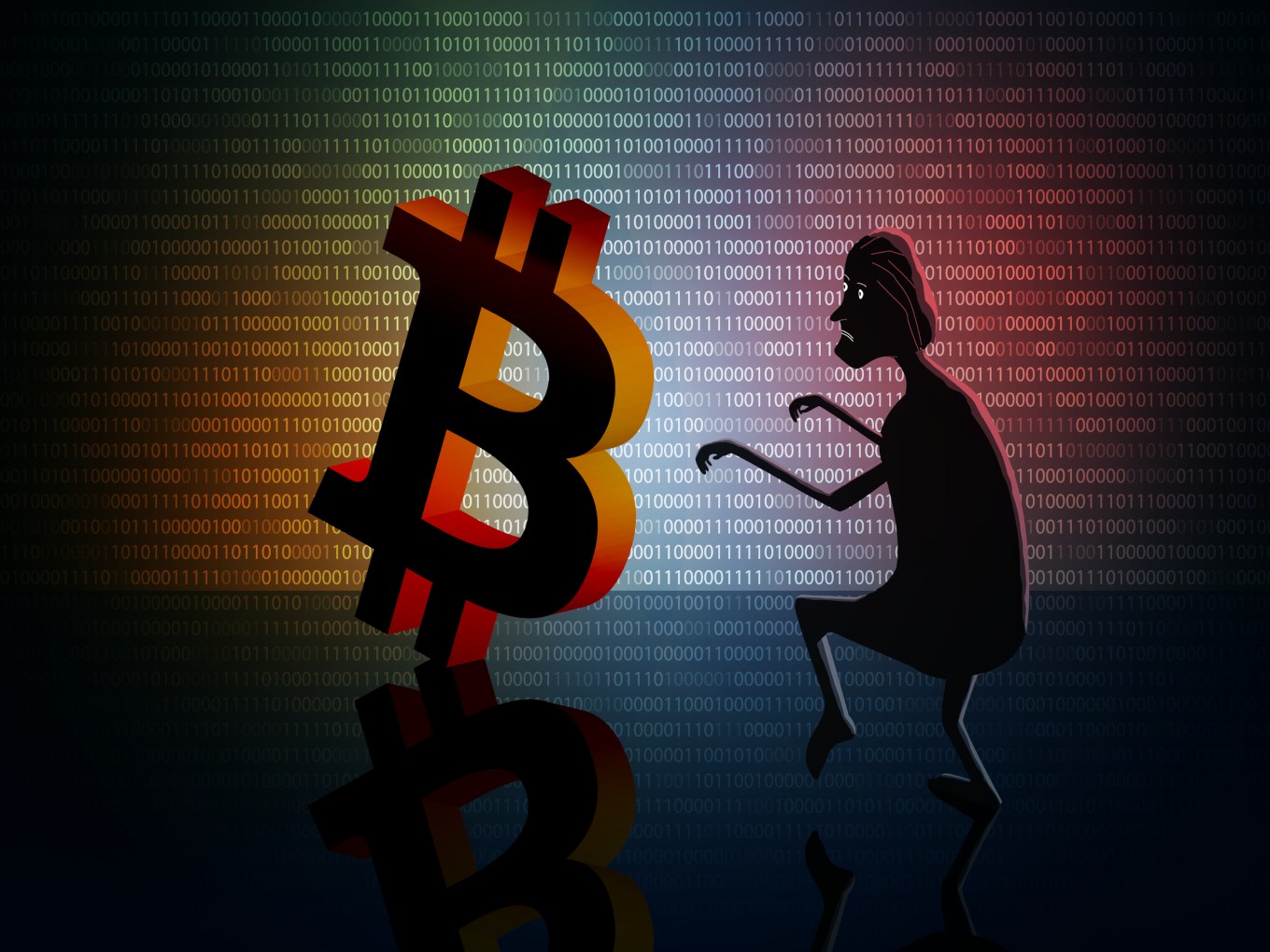 If you are considering jumping the bandwagon, please consider there is a massive scam alert in cryptocurrency. We will discuss major massive scams in this article along with how you can avoid these scams. It is important to know what steps you can take to protect your investment. Keep reading for cryptocurrency scams and their ins and outs.

The largest SCAM in cryptocurrency history is currently taking place, and the criminals are using Telegram, YouTube, and PR to commit the crime. Look for Mehracki on Google and read some of their articles. Search any project from boostx.finance after that (they are all scams).

People who believe there is a "pre-sale" for a phony token contribute money, the fake token is released but no one can cash it out, and users' cryptocurrency wallets are then completely erased.

More people fall victim to fraud when they operate longer. Everyone should file complaints with the FTC, icann.org, Telegram, YouTube, and any other places they can, and they should not link their wallets to any of those.

Now that we have laid out major scams, it is time to deep dive into cryptocurrency and the scams associated with it. We also need to address what the future looks like and are these scams temporary or will they stay. We also need to analyze how these scams work to better understand the whole ecosystem.

Because cryptocurrencies are still relatively uncontrolled and new, many investors are leery of them. There are "a lot of good projects and decent individuals" working on digital asset goods, says Merav Ozair, blockchain expert and fintech professor at Rutgers Business School, even though unscrupulous actors and scams may damage the reputation of the entire ecosystem.

But according to Jonathan Wykes, managing director at cryptocurrency exchange CEX.io, "the nature of being decentralized means that a bank, regulator, or law enforcement agency has no control over the network or crypto assets," adding that "unless your crypto was scammed by another user on a centralized exchange, getting stolen crypto back is nearly impossible."

Even seasoned investors find it challenging to manage risks in a new, largely opaque industry where there is a lot of money to be gained, according to Alma Angotti, a partner in financial services at management consulting firm Guidehouse.

According to a recent estimate, scammers stole $14 billion worth of cryptocurrency in 2021, setting a record for cryptocurrency theft. According to the "2022 Crypto Crime Report," which was published on January 6 by blockchain data firm Chainalysis, it is almost twice as much as the $7.8 billion that fraudsters stole in 2020.

It is understandable that "Olympic-level scammers" have seen new prospects for illegal behavior given the surge in interest in cryptocurrencies over the past year, said William E. Quigley, a well-known investor, and co-founder of the WAX blockchain.

Consider the recent "Squid Game" hoax, in which investors claim that a new cryptocurrency token called SQUID and an associated immersive online game were nothing more than a sophisticated con.

Investors assert that the developers vanished after the value of the currency soared and allegedly cashed out with more than $3 million. Whether people like it or not, cryptocurrency investors are putting themselves in increased danger of fraud and scams.

The Federal Trade Commission (FTC), based on scam reports submitted in the U.S., estimates that from October 2020 to March 2021, about 7,000 persons in the U.S. lost upwards of $80 million in cryptocurrency scams.

Compared to the 570 bitcoin investment scams and $7.5 million in losses in the same months the year prior, this is a significant increase. There are some common patterns that one needs to be aware of and we will discuss those aspects in the following paragraphs.

It is probably a scam if a person or business that appears trustworthy says they only accept Bitcoin or Ethereum as payment. Since bitcoin and other cryptocurrencies are a growing asset class, analysts claim that reputable institutions will not take cryptocurrencies without simultaneously accepting U.S. dollars via conventional payment methods including wire transfers, cheques, credit and debit card purchases, and cash.

In general, anyone who requests payment in Bitcoin may be seeking to hoard it and profit from its rapidly rising value. Additionally, blockchain does not use standard know-your-customer (KYC) protocols as banks use. This indicates that wallets can be opened without the need for proper identity, a Social Security number, or an address and phone number.

Even though blockchain generates everlasting records with free access, con artists can still trick you and take your money.

It is common for a new cryptocurrency to be created, and when this happens, it is known as an initial coin offering (ICO). However, ICOs can also be targeted for fraud. A business or a person may claim to have a once-in-a-lifetime chance to invest in a novel kind of cryptocurrency with a certain 1,000% profit.

They might then exert pressure on you to add several additional coins to a compromised digital wallet or "pump and dump" by accumulating the coin and dumping it when its value soars.

Crypto frauds are prevalent on dating apps as well. The FTC reports that from October 2020 to March 2021, bitcoin accounted for nearly 20% of the money lost in romance scams.

These kinds of scams involve long-distance or digital connections where one side urges and persuades the other to buy or provide money for some new cryptocurrency while it is just a way to trick people out of their money.

This kind of fraud is as ancient as the internet, but there are some fresh consequences with cryptocurrency. Bad actors send emails to recipients to trick them into clicking links and entering their personal information, including their crypto wallet key information, just like a "regular" phishing attack would.

However, you only receive one private key for your blockchain wallets, unlike most passwords and usernames. This is a feature of blockchain technology's decentralized architecture, which ensures that one organization cannot control its information.

Sophisticated coders can now construct new games and entire fantasy worlds on the blockchain, as we saw with the "Squid Game" fraud. And to finish it as soon as the next Netflix show goes viral. Getting eager blockchain newcomers to purchase a particular type of freshly produced coin or game token is an easy way to con them.

If enough people increase the price due to supply and demand, the original con artists will have the chance to liquidate all their assets and vanish, a technique known as a "rug pull." On the blockchain, there is no such thing as fraud protection or FDIC insurance.

Measures To Protect Your Crypto

Even the most knowledgeable and passionate cryptocurrency experts are aware that there are now a lot of new and developing threats in the world of cryptocurrencies.

Some people have survived frauds on their own, including blockchain investor and entrepreneur Ian Balina, who claimed to have lost $2.5 million after someone broke into his Evernote account and stole the private wallet key information. Even for seasoned investors, Balina's tale illustrates the risk of loss and fraud when working with a brand-new, highly volatile asset class.

Cautious Use Of Digital Wallets

You must safeguard your digital wallets from hackers just like you would your physical wallet. Put big sums of digital money in a safe or FDIC-insured savings account to practice strong digital security habits like how you would manage large amounts of physical money.

Small-scale investors with a few hundred dollars worth of cryptocurrency are likely fine keeping it on a well-known exchange like Coinbase, according to experts. However, it makes more sense to include a wallet for added safekeeping if you acquire cryptocurrency valued at several thousand dollars.

There are two different kinds of cryptocurrency wallets, known as "hot wallets" and "cold wallets," respectively. Online servers hold or store hot wallets. They are safe, but more prone to hacking than cold storage, which is the offline hardware storage of cryptocurrency.

Imagine cold storage as being like a safe on a USB drive. Although it is more secure, you risk losing all access to your money if you forget your password or misplace the device.

Like cash in a bank, cryptocurrency held in hot wallets is not FDIC-insured. Therefore, you should ensure that whichever platform or wallet you use to store your cryptocurrency has high-security standards.

These security measures include private insurance policies, two-factor authentication, and using the cold wallet to store some portions.

Since there are massive scams, one needs to be aware of how these fraudulent activities are formally reported. There are several platforms where these could be reported apart from the FBI. These are as follows:

How Much Crypto Has Been Scammed?

In cryptocurrency scams between January 2021 and March 2022, victims lost more than $1 billion, according to a report published on Friday by the Federal Trade Commission. Since the start of 2021, over 46,000 people have lost money in cryptocurrency fraud, making it the most common type of payment scam.

Will Coinbase Refund If Hacked?

The good news is that Coinbase insures against crime and secures the bulk of its digital assets. If your account is compromised, you will receive a reimbursement. They may still credit your account even if you lost money carelessly or unintentionally.

Any kind of money that exists digitally or virtually and uses cryptography to safeguard transactions is known as cryptocurrency, also referred to as crypto-currency or crypto. Cryptocurrencies use a decentralized mechanism to track transactions and create new units rather than a central body to issue or regulate them.

Disclaimer: We do not promote or support piracy in any capacity. Piracy is considered wrongdoing and is viewed as a genuine offense under the Copyright Act of 1957. This page plans to inform the overall population about the robbery and urge them to be protected from such demonstrations. We also ask that you not be energized or participate in theft in any structure. We encourage you to avoid illicit content or pirated content and shield yourself from spam. Stay safe!