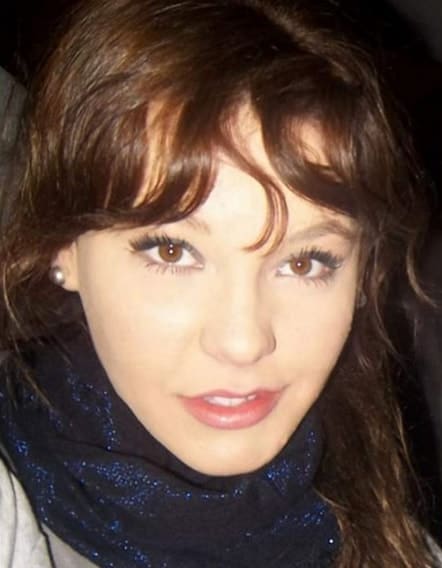 Infamously known as the only daughter of Pablo “King of Cocaine” Escobar, Manuela Escobar’s life is a real-life thriller movie.

Manuela’s childhood was a mix of rainbows and blood. And while she cannot escape from her past, her life now is nothing like that of her father.

Manuela Escobar was born on May 25, 1984, around the same time that Pablo Escobar was establishing himself as one of the largest and most powerful drug lords. Juan Pablo, Manuela's older brother, was born in 1977 and was Manuela's only sibling.

Manuela probably had no idea what her father did for a career when he became the "King of Cocaine" when she was a child. She did know, though, that her father would go to any length to tolerate all her whims and make her happy. Pablo Escobar had a cold murderous heart when it came to his business, but had a sweet tender heart for his princess. And with his Medellín Cartel that was earning as much as $70 million every day, he was more than capable of providing just about everything his princess desired.

One of Manuela’s birthday wishes as a kid is a unicorn. Pablo Escobar did not have the heart to tell his daughter that unicorns are not true, so the drug lord allegedly instructed his employees to buy a white horse and staple a "horn" on its head and "wings" on its back. The horse died after contracting a terrible infection.

When Pablo Escobar's criminal career caught up with him, he did everything he could to protect his daughter. He allegedly burned $2 million in cash to keep Manuela warm as the family was hiding from the authorities in the Colombian mountains in the early 1990s.

Manuela lived a happy, fairytale-like life until his father was killed in a shootout by the Columbian Police.

While there were certain advantages to being the child of a legendary Colombian drug lord, such as receiving all of the gifts you could ever want on your birthday, there were also numerous serious downsides, especially after Pablo Escobar was killed on December 2, 1993, shootout by the Colombian authorities.

The infamous drug lord’s death was the beginning of his family’s suffering. Manuela Escobar, her brother Juan Pablo, and her mother Maria Victoria Henao all fled Colombia shortly after the kingpin's death, knowing they would no longer be welcome.

The family escaped to Mozambique and then to Brazil to avoid the retaliation of her father's enemies. They moved from country to country in search of refuge, eventually settling in Buenos Aires, Argentina, on tourist visas and eventually as citizens in exile from Colombia.

Manuela Escobar began her new life in Argentina as Juana Manuela Marroquin Santos, alongside her mother and brother, who had also changed their identities. She began attending school with her brother in Argentina, as her mother grew into a successful real estate entrepreneur.

They were staying in an apartment complex called Jaramillo. Manuela Escobar's life was far from extravagant, despite reports that she and her brother were sitting on millions of dollars in stolen drug money. On the contrary, she struggled to be classified as middle-class.

As things began to settle down, one of her mother's business acquaintances uncovered her mother's true identity. Henao was apprehended and imprisoned for a year and a half while her finances were investigated. However, Henao was released because the investigators discovered no link between her finances and any illicit conduct.

This occurrence and the discovery of her family's identity had a negative impact on Manuela Escobar's life, and she locked herself in her room and refused to return to school. She had fallen into a severe depression.

What Happened To Manuela Escobar?

Manuela Escobar is the only member of the Escobar family who has never been charged with a crime or been implicated in one. When Pablo Escobar's father was killed, Manuela was just nine years old and most probably did not know what was happening. She has, for the most part, kept a low profile since then.

According to her brother, Juan Pablo (who still goes by the name Sebastián Marroquin), Manuela has suffered many depression episodes since 1999.

Her mental health has reportedly deteriorated, and she attempted suicide several times. For her own health and safety, she is currently said to be living with her brother and his wife.

Up to this date, she still lives in constant fear of being discovered. She believes that anyone who learns her true identity would link her with her father's crimes and that her loved ones will one day pay the price for his crimes with their own lives.

Manuela Escobar is now 37 years old, and would probably never break her silence and live a life away from the judgemental eyes of the public. We hope for her to live a happy and peaceful life.