Law Of Assumption - Manifesting Your Dreams Into Reality 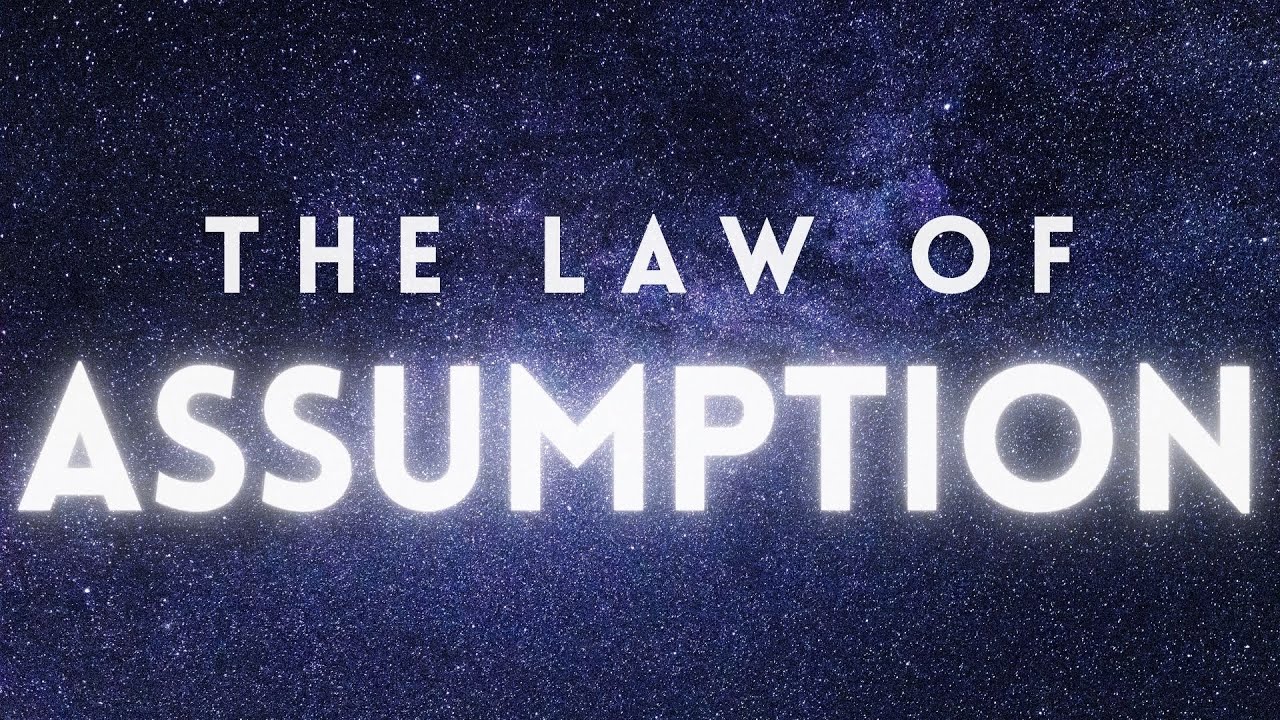 Have you ever felt as though something is meant to be for you because you desire it so badly? As if you were always destined to possess it?

The first stage in the manifestation process is wanting something, but sometimes just wanting something isn't enough to make it happen; you must also have faith, and this is where the Law of Assumption might be helpful.

The law of assumption is a potent weapon that you may use to improve your life by allowing your mental attitude to bring about your deepest aspirations. Neville Goddard, an American philosopher, made the suggestion.

To begin with, the law of assumption is not a topic of conventional law that is relevant in a court of law but rather a pseudoscience or spiritual law that is associated with Neville Goddard's teachings.

Author and philosopher Neville Lancelot Goddard was born on February 19, 1905, in Saint Michael, Barbados, and passed away on October 1, 1972, in Los Angeles, California.

The Law of Assumption must be understood and applied if you wish to advance your manifestation skills. Ultimately, it asserts that whatever you believe to be true will inevitably become a part of your reality.

So, how can we put the law of assumption into action? According to Neville Goddard, you should always proceed to the conclusion. You should consider your evidence first.

Let's imagine you're looking for a specific job. Continue to the end. Assume you have that job. How does it make you feel? What kind of personality do you have?

Bring this to life in your imagination as vividly as possible. It makes no difference whether your existing reality contradicts your vision.

Set aside your doubts and restrictive thoughts. Your imagination is a potent creative force. If you can keep imagining something, it will eventually become a reality. This is an example of the law of assumption in action.

This is distinct from the infamous "Law of Attraction" (close, but no cigar). For the past ten years, the Law of Attraction has supported the notion that your thoughts shape your world.

In other words, your thoughts will become reality, whether they are positive or negative. However, if you wind up allowing your negative thoughts to spread and manifest, the total effect of this mindset could be counterproductive.

According to the common understanding of the Law of Attraction, "like attracts like," which can make you believe that every negative thought you have will result in negative events.

You no longer have to be preoccupied with the way your thoughts are influencing your reality according to the Law of Assumption. The Law of Assumption is based on the notion that what you want is already predestined for you, so you can just enjoy the journey instead.

Who actually possesses evidence that it *isn't*? You can deal with life's disappointments by living your life with this assured sense of knowing that you are on the right path and that someday, everything you want will be yours in fact, it already is (even though it hasn't happened yet).

A motivational quote written on a blue background

The following must be followed in order to put the law into action and make it manifest.

A Mentally Open And Uncluttered State

Get rid of any negative ideas that can divert your attention. Self-limiting ideas are like smoke; they prevent you from seeing what you desire and might subtly make you wonder if you really deserve the beautiful things you're expecting to come into your life. Please keep in mind that, despite any imperfections, everyone is deserving of blessings.

You have to have a good attitude. Remove everything that emanates negative energy from your surroundings and your psyche. Clearing your mind and getting into a good meditative attitude can be accomplished by listening to soothing music.

Understand What You Desire

You must understand the intentions. You know what you want before you start. This is done to avoid competing hypotheses, which could prove distracting.

The law of assumption focuses on assuming the fulfillment of your desires and the emotion they arouse. You must therefore assume it and enter the emotional state of fulfillment.

Belief is the final element. Your presumptions must be supported by your faith and beliefs. If you worry that your requests won't be granted or that your wishes are too big to come true, it may be harder for you to make things happen.

How Does The Law Of Assumption Work?

The law of assumption states that if you act and feel as if your objectives and dreams have come true, they will come true.

How Do You Affirm The Law Of Assumption?

Affirmations based on the law of assumption are a terrific way to support your faith in the capacity of your mind. By repeatedly saying these affirmations, you develop a favorable mindset for manifestation.

What Is Self Concept Law Of Assumption?

The majority of people think that after they've accomplished their objectives and satisfied their dreams, they will be content and fulfilled. The law of assumption, on the other hand, says that if you act as if your goals have already been met, they will come true.

The law of assumption basically states that what you assume to be true will in fact be true. You always head toward the finish line because that is where you start. According to the law of assumption, everything that is now real was once only a thought.

For example, the chair you're sitting on was originally only a person's fantasy, but it has since "hardened into fact" and become a fact. Therefore, if one has the ability to conceive anything, one can make that concept come true.

Basically, imagination is the act of creating. If you have the ability to envision, feel, and sense something, then it will unavoidably come to pass.