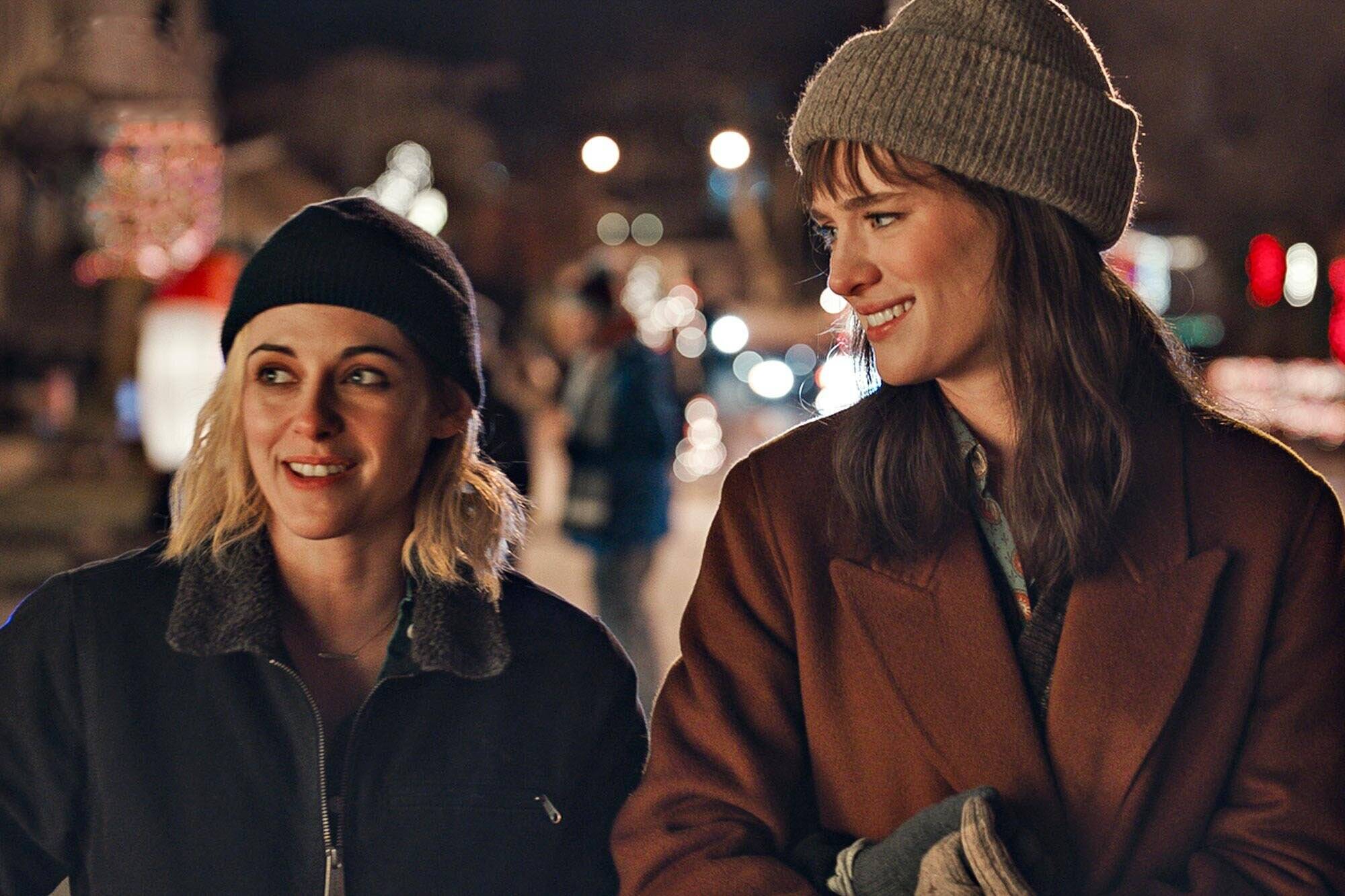 Kristen Jaymes Stewart (born April 9, 1990) is an actress and filmmaker from the United States. She received a BAFTA Honor, a César Award (making her the only American actress to win the award), and a Screen Actors Guild Award nomination in 2012, making her the highest-paid actress in the world.

Stewart was born and reared in Los Angeles to parents who both worked in the entertainment business. At the age of 12, she was nominated for a Young Artist Award for her performance as the daughter of Jodie Foster's character in David Fincher's thriller Panic Room (2002). She went on to appear in films such as Speak (2004), Catch That Kid (2004), Zathura: A Space Adventure (2005), and Into the Wild (2006). She subsequently came to fame as Bella Swan in the Twilight Saga film series (2008–2012), which earned over $3.3 billion worldwide; she received the BAFTA Rising Star Award in 2010 for her performance.

Stewart avoided jobs in big-budget films in favor of smaller projects in the years after appearing in the fairytale picture, Snow White and the Huntsman (2012). She appeared in 2014 plays Camp X-Ray and Still Alice, as well as the science fiction romance Equals (2016). She earned the César Award for Best Supporting Actress for her role in Olivier Assayas' drama film Clouds of Sils Maria, which she received in 2015. Stewart worked with Assayas again the following year in the spooky thriller Personal Shopper (2016), and in the short film Come, Swim, she made her directing debut (2017). With major parts in the action picture Charlie's Angels (2019) and the romantic comedy film Happiest Season (2019), she returned to mainstream Hollywood (2020).

After an agent watched her perform in her primary school's Christmas play, Stewart started acting at the age of eight. She landed her first role in the Disney Channel television film The Thirteenth Year, after auditioning for a year. Her second role was as the "ring toss girl" in The Flintstones' Viva Rock Vegas. In 2001, she played the tomboy daughter of a disturbed single mother in the indie film The Safety of Objects (Patricia Clarkson).

In David Fincher's thriller Panic Room (2002), Stewart portrayed a tomboy diabetic daughter of a divorced mother (Jodie Foster). Her performance earned her a nomination for a Young Artist Award. Following the success of Panic Room, Stewart was cast as the daughter of Dennis Quaid and Sharon Stone's characters in Cold Creek Manor (2003), another thriller. For her performance, she was once again nominated for a Young Artist Award. formal phrasing because of her inconsistent schedule at this time in her career, she started homeschooling.

Stewart's first major role was alongside Max Thieriot and Corbin Bleu in the children's action-comedy Catch That Kid (2004) when he was 14 years old. Stewart also appeared in the thriller Undertow that year, as Lila (2004). Stewart appeared in Speak (2004), a Lifetime/Showtime television film based on Laurie Halse Anderson's book of the same name. Stewart, who was 13 at the time of the shooting, portrayed Melinda Sordino, a high school freshman who, after being raped, had trouble communicating. "Ms. Stewart portrays a compelling figure full of sorrow and struggle," The New York Times said of her portrayal.

Stewart portrayed Lisa Budwig, the reckless elder sister of two young boys, in the fantasy-adventure film Zathura: A Space Adventure (2005). They transform their home into a spaceship while playing a board game, hurtling into space uncontrolled. Although reviewers applauded the picture, Stewart's performance received little notice in the media. For most of the film, her role remains motionless. Fierce People (2006), directed by Griffin Dunne, featured her as Maya the next year. She went on to play Jess Solomon in the eerie thriller The Messengers after that.

In the Land of Women (2007), Stewart starred with Meg Ryan and Adam Brody as an adolescent named Lucy Hardwicke. The movie got mixed reviews, as did Stewart's performance. Stewart also appeared in Into the Wild, directed by Sean Penn, in the same year. Stewart got mixed reviews for her performance as Tracy, an adolescent musician with a love for Emile Hirsch's youthful explorer Christopher McCandless. While Salon.com praised her performance as "sturdy, sympathetic," and the Chicago Tribune said she performed "vividly well with a sketch of a character," Variety's reviewer Dennis Harvey wrote, "It's unclear if Stewart intends to portray hippie-chick Tracy as vacuous, or whether it simply comes off that way."

The film earned a nomination for Outstanding Cast in a Motion Picture from the Screen Actors Guild. Stewart had a brief appearance in Jumper after Into the Wild and also featured in What Just Happened in October 2008. She was a co-star in The Cake Eaters, an indie film that was only shown at film festivals. Many people praised both the movie and Stewart's performance. Stewart "truly shines. She succeeds at all sides of the performance, giving Georgia a power that resists any kind of sympathy one would feel for her, without letting us forget her fragility," according to critic Bill Goodykoontz of The Arizona Republic.

At the age of 17, Stewart landed the lead part in Twilight (2008), a film based on Stephenie Meyer's book series of the same name. The novel had a large fanbase before the film's release, and fans were eager to see the vampire romance come to life. Stewart's portrayal of Bella continues in the sequels, The Twilight Saga: New Moon (2009) and The Twilight Saga: Eclipse (2010), for which she received the MTV Movie Award for Best Female Performance (2010). The last episodes of the series will begin shooting in late 2010.

Despite her meteoric rise to fame as a result of the Twilight films, she remained loyal to her origins by starring in a variety of independent films, including Adventureland (2009) (which was shot before the Twilight series) and Welcome to the Rileys (which was shot before the Twilight series) (2010). She also starred opposite Dakota Fanning in Floria Sigismondi's The Runaways (2010), in which she played hard rocker Joan Jett. Stewart earned critical acclaim for her acting and singing talents, and for Welcome to the Rileys, she won the 2010 BAFTA Rising Star Award and best actor at the Milan International Film Festival (2010).

Stewart takes center stage in her second collaboration with Oliver Assayas (the first being Clouds of Sils Maria). Stewart portrays the titular personal shopper, who refuses to leave Paris until she meets up with her twin brother, who died in Paris years before. It's scary, complex, and mysterious, and it's one of her most accomplished performances to date.

The feature film version of Into the Wild, based on the notorious real tale that you may or may not have had to read in high school, stars Emile Hirsch as a picture-perfect college graduate with everything to lose.

He gives up all of his money to charity and sets off into the wild. Stewart portrays an adolescent who falls in love with him for a short time, but her tiny role is enough to have an impact in the middle of her Twilight years.

"Jumper," based on Steven Gould's novel, follows David (Hayden Christensen), who joins an underground teleporter society. Stewart played David's half-sister Sophie in the film. "The disappointments and unexplained narrative twists continued to pile up until I eventually gave up and accepted it: This was simply a pretty clunker."

Raymond Saxx Jr. (Goran Visnjic) awakens in jail after a drug-induced coma in "K-11." He's been sent to a separate unit for prisoners who identify as members of the LGBT+ community. Stewart had a minor, unseen part in the film as Ray's secretary's voice.

Kristen Stewart appears alongside Juliette Binoche and Chloe Grace Moretz in this 2014 drama, but she is the one who shines the brightest among the three. Stewart portrays her assistant during her gradual slide into self-destruction as a film star (Binoche) tries to repeat her part in a production of the play that started her career.

Maddy (Stewart) is the mastermind behind a high-stakes robbery in "Catch That Kid." She persuades her pals (Corbin Bleu and Max Thieriot) to help her steal a bank in order to cover her father's medical expenses.

Stewart co-stars with Laura Dern and Michelle Williams as one of three women whose lives collide in a tiny American town. All three characters are trailblazers in their own right, and writer/director Kelly Reichardt makes sure that each of them shines because of it (but especially Stewart, who plays a young lawyer).

Still, Alice, based on a real tale, stars Julianne Moore as Alice Howard, a mother who begins to lose her memory at an early age. Stewart portrays her tormented and befuddled daughter, who is trying to come to grips with her mother's mental illness. She's fantastic in the part, and she's even been nominated for a couple of awards.

In "The Messengers," Jess (Stewart) is the eldest sibling of a family that moves into a haunted house in the middle of nowhere. Jess experiences major poltergeist activity, but her parents think she's making it all up out of a need for attention. Things take a turn for the worst, and the only one who can see ghosts is her baby brother, Ben (Evan Turner).

Why Is Kristen Stewart Famous?

Kristen Stewart began her career as a child actor before appearing in the critically acclaimed film "Panic Room." When she was cast as the character of Bella Swan in the Twilight movie, she became an instant adolescent star, and her popularity carried over to other films such as Snow White and the Huntsman.

Did Kristen Stewart Have A Baby?