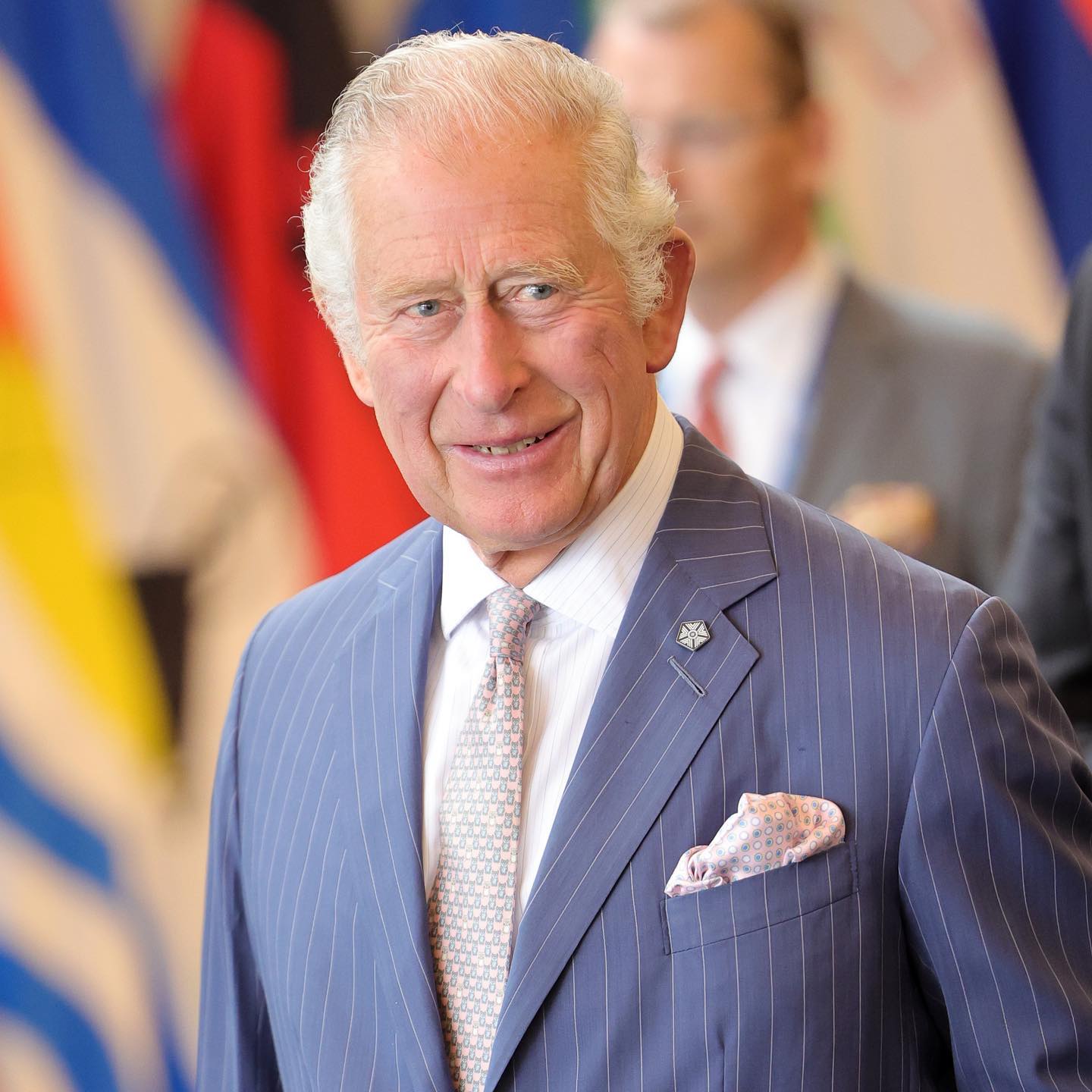 With the passing of Queen Elizabeth II, a spotlight has been cast on Her Majesty’s eldest child, who is now known as King Charles III.

The new King of the United Kingdom, who will turn 74 this November, opted to retain the name he used as Prince of Wales.

His mother likewise did the same thing.

The then-25-year-old Elizabeth (born Elizabeth Alexandra Mary) chose not to pick another name after her coronation in 1952.

Observers recalled that past royals did quite the opposite.

They forgo their “old name” and use one of their other birth names as soon as they assume a new title.

Before he got crowned in 1936 at the age of 40, he went around as Prince Albert, Duke of York.

Moving on from a seemingly mundane matter, observers express concern if Charles, as King, will also imitate the restraint his mother displayed as a monarch.

Queen Elizabeth II was known for being extra cautious when giving opinions, particularly on political matters.

Will the new British monarch be more outspoken? Will the Queen’s successor, who already got accused of influencing political affairs, be more interfering?

If King Charles III will be like that, how will the public react to it?

From Prince Of Wales To King Charles III

Also, while only nine, the other titles he acquired, as mentioned in The London Gazette on July 29, 1958, were the following:

Aside from English, King Charles III can speak French, German, and, of course, Welsh.

On July 1, 1969 at Caernarfon Castle in Wales, the then-21-year-old heir apparent was invested as Prince of Wales.

When interviewed about the investiture, the young prince shared the specific part in the ceremony that impacted him the most.

By far the most moving and meaningful moment came when I put my hands between Mummy’s and swore to be her liege man of life and limb.

That’s one of the revelations found on the 620-page Prince of Wales: A Biography (1994; 1st edition) by British author and historian Jonathan Dimbleby, according to Independent.

Charles was 45 when that authorized biography came out where, in the words of Fiammetta Rocco, who reviewed the book for her Independent article:

They portray this middle-aged man as an emotionally stunted little boy.

Based on Dimbleby’s biography, Prince Philip lacked affection and showed poor parenting skills. As for the Queen, she was too formal in her dealings with their first born.

During his growing up years, King Charles found Queen Elizabeth to be “physically and emotionally distant” as a mother.

The first time, when he was 32, was to someone he seemed to get compelled to marry. Though the marriage ended up in a divorce, it blessed them with two children.

The second time, when he was 56, was to someone that could be considered his true love. And, his one and only queen.

King Charles III was dating Lady Sarah Spencer, the older sister of Diana Spencer (1961-1997), when the future Princess of Wales met him for the first time. 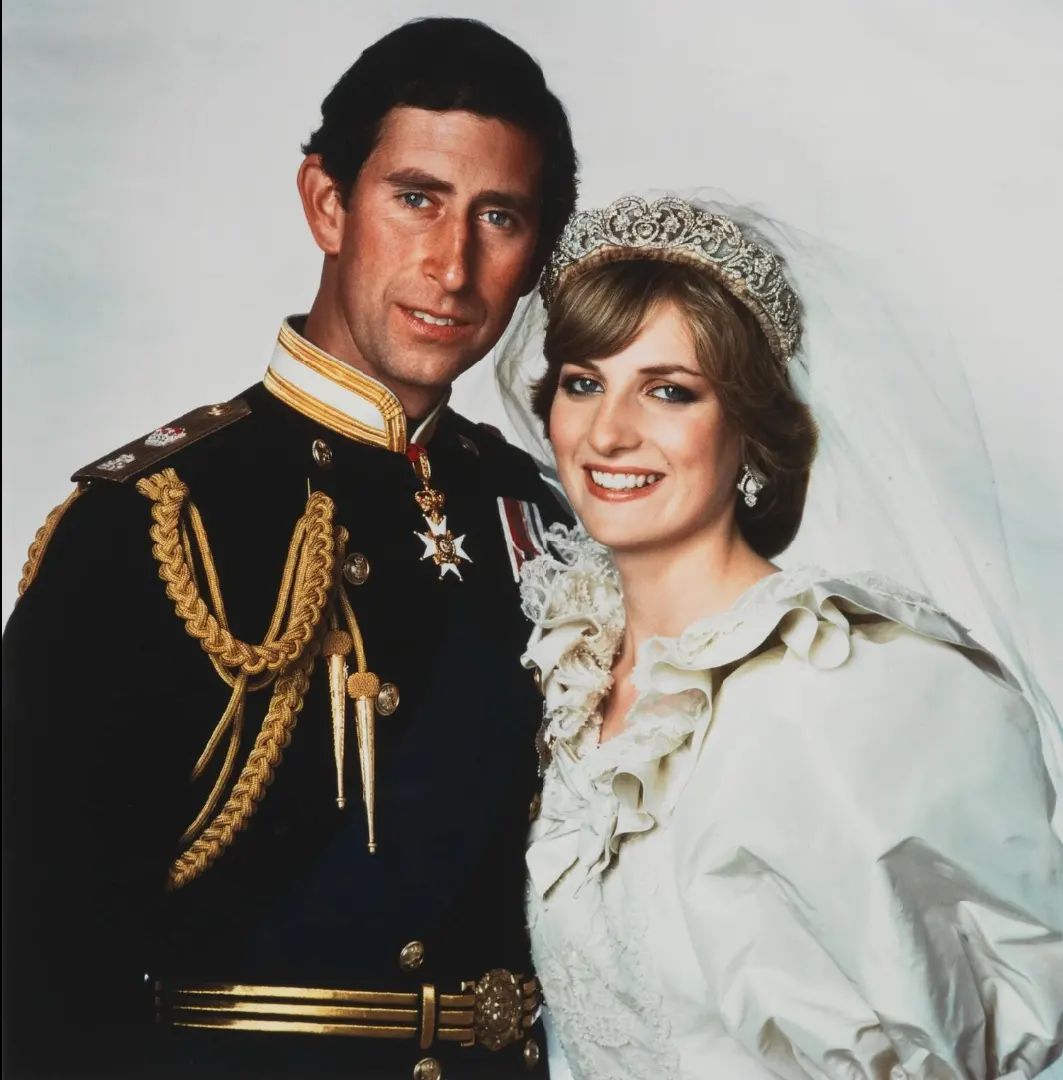 Charles and Diana split up in 1992. Their 15-year marriage officially ended in 1996, when the divorce was finalized.

Prince Philip, according to Prince of Wales: A Biography, asked him to marry Diana. Based on media reports, it was Queen Elizabeth II who told them to get a divorce.

In June 1994, King Charles III confessed in public that he cheated on Diana.

There were three of us in this marriage, so it was a bit crowded.

At age 36, the former Princess of Wales died from injuries she sustained from a car crash in a Paris tunnel in 1997. 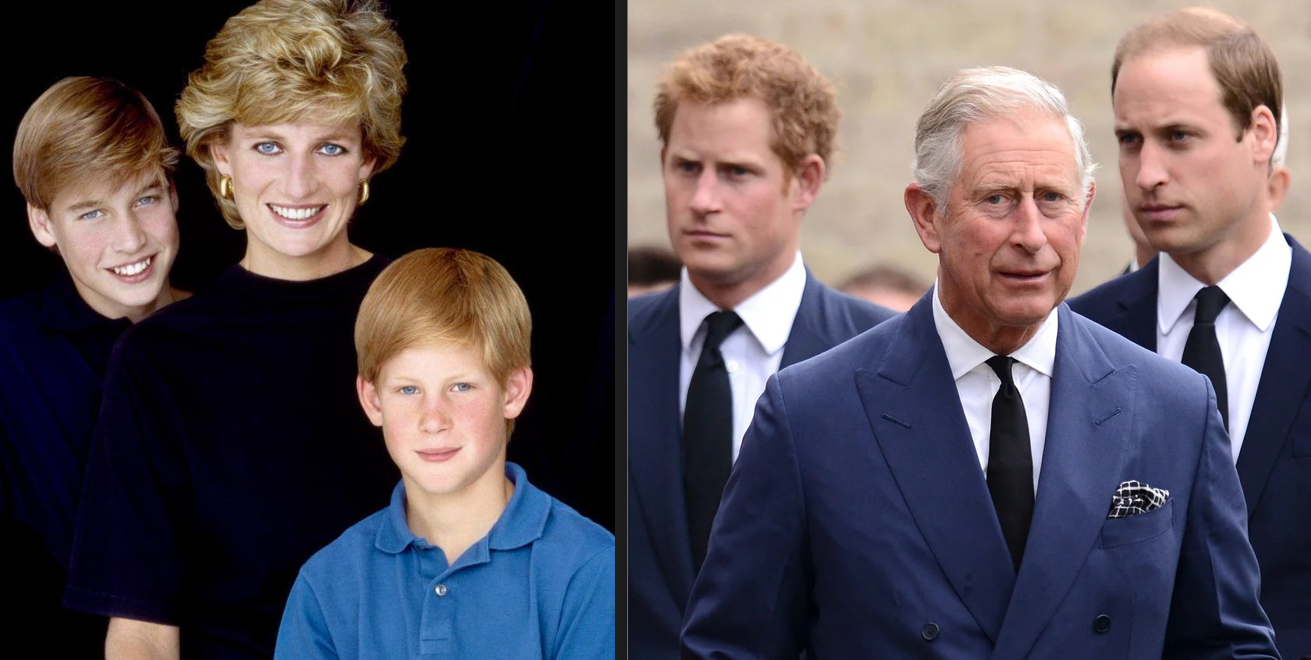 Charles and Camilla started dating in the 1970s. Their relationship was halted when he served the Royal Navy in 1972.

Even after her marriage to Brigadier Andrew Henry Parker Bowles, they continued being friends.

King Charles III is the godfather of Camilla’s first child with Parker Bowles, whom she married in 1973. 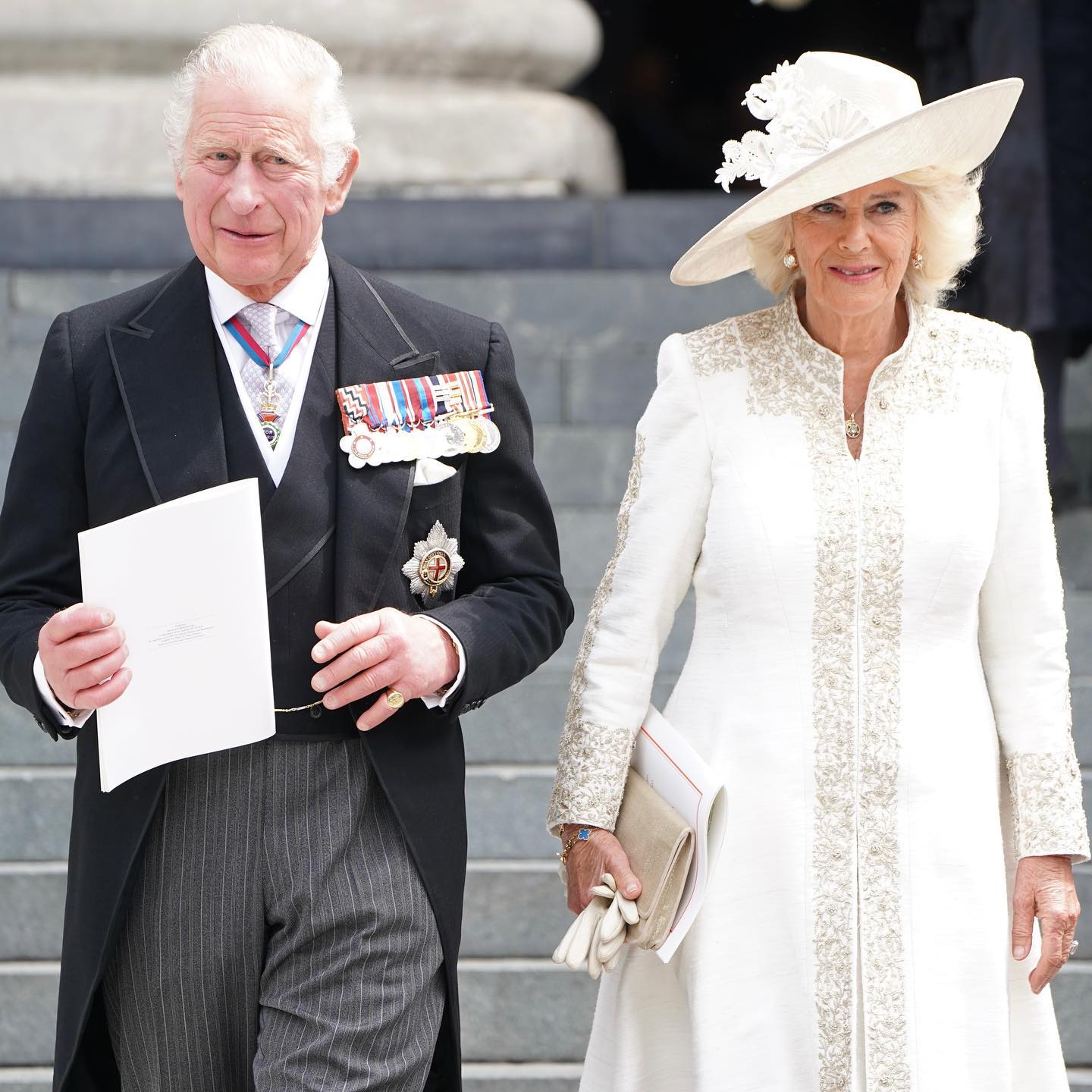 As heir apparent, the Prince of Wales ascended the throne and became King Charles III when Queen Elizabeth II died on September 8, 2022.

On September 10, the proclamation of His Majesty The King, Charles the Third took place at St. James’s Palace in London.

Per Voice of America (VOA), the Accession Council that witnessed it was composed of these people:

With one voice and consent of tongue and heart, publish and proclaim that the Prince Charles Philip Arthur George, is now . . . our only lawful and rightful liege Lord Charles III.

After the proclamation, at the Blue Drawing Room of Buckingham Palace, King Charles III made his first televised address.

In the 9-minute speech, on the part where Charles mentioned about her mother’s duties as the Queen, he said:

That promise of lifelong service I renew to all today.

Aside from the United Kingdom, King Charles III is also the king of 14 Commonwealth countries, including: 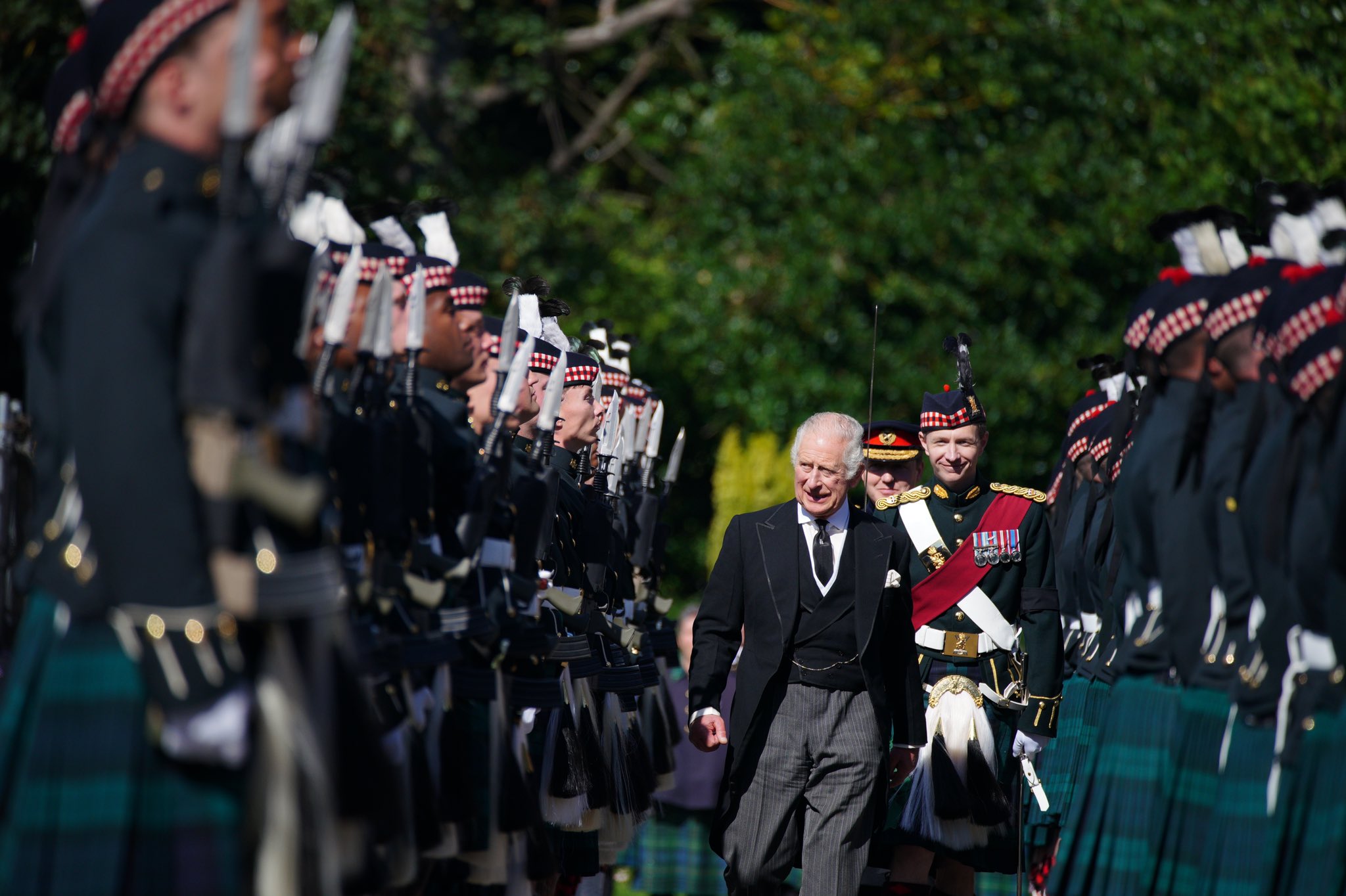 The coronation of King Charles III will probably be held in 2023 at Westminster Abbey.

Note that after Queen Elizabeth II’s accession, one year and four months passed before the coronation happened.

Those behind the coronation call the preparation as “Operation Golden Orb,” according to Marie Claire.

Justin Welby, the present archbishop of Canterbury, will lead the ceremony.

Charles will sit on the historic King Edward’s chair wearing St. Edward’s Crown and holding the Sovereign’s Scepter and the royal orb.

Expected to be in attendance are the following:

King Charles III reportedly wanted a guest list with no more than 2,000 attendees.

King Charles III apparently is no longer the heir apparent.

Next in line for the British throne is William, the newly declared Prince of Wales, who turned 40 this 2022.

Next to him will be his three children - in the order that they were born:

It’s a long list. The 30th person in line is Prince Richard, Duke of Gloucester, who, at the time of this writing, is 78 years old.

In his first address as King Charles III on September 10, he mentioned William and Kate as the new Prince and Princess of Wales.

Prince Harry and Meghan Markle remain as the Duke and the Duchess of Sussex.

Technically, now that their grandfather is the King, their two kids will now have the titles “prince” and “princess.”

Below is a table that shows the former and present titles of the royal family:

Who Will Be Next After King Charles III?

It will be his and the late Diana’s first-born child, Prince William.

Will Camilla Be The Next Queen?

No. Queen Consort Camilla will not be crowned as the Queen upon, for example, the death of King Charles III because she was not born into royalty.

She only acquired her title because of her marriage with Charles.

Is Harry Still In Line To The Throne?

As Queen Elizabeth’s grandchild and the child of the heir apparent and now the present King, yes, he is.

After his nephew, Prince Louis, Prince Harry is the fifth person in line to inherit the throne, just in case.

In 2012, King Charles III - as Prince of Wales - joked about being an heir apparent for such a long time already.

It happened in one informal interview a few days after he celebrated his 64th birthday.

In the video, uploaded in the official YouTube channel of The Royal Family, His Majesty said:

Impatient? Me? What a thing to suggest. Yes, of course I am. I’ll run out of time soon. I shall have snuffed it if I’m not careful.

Well, he made it.

The world awaits how King Charles III, known for his environmental crusades, will function. God save the King!