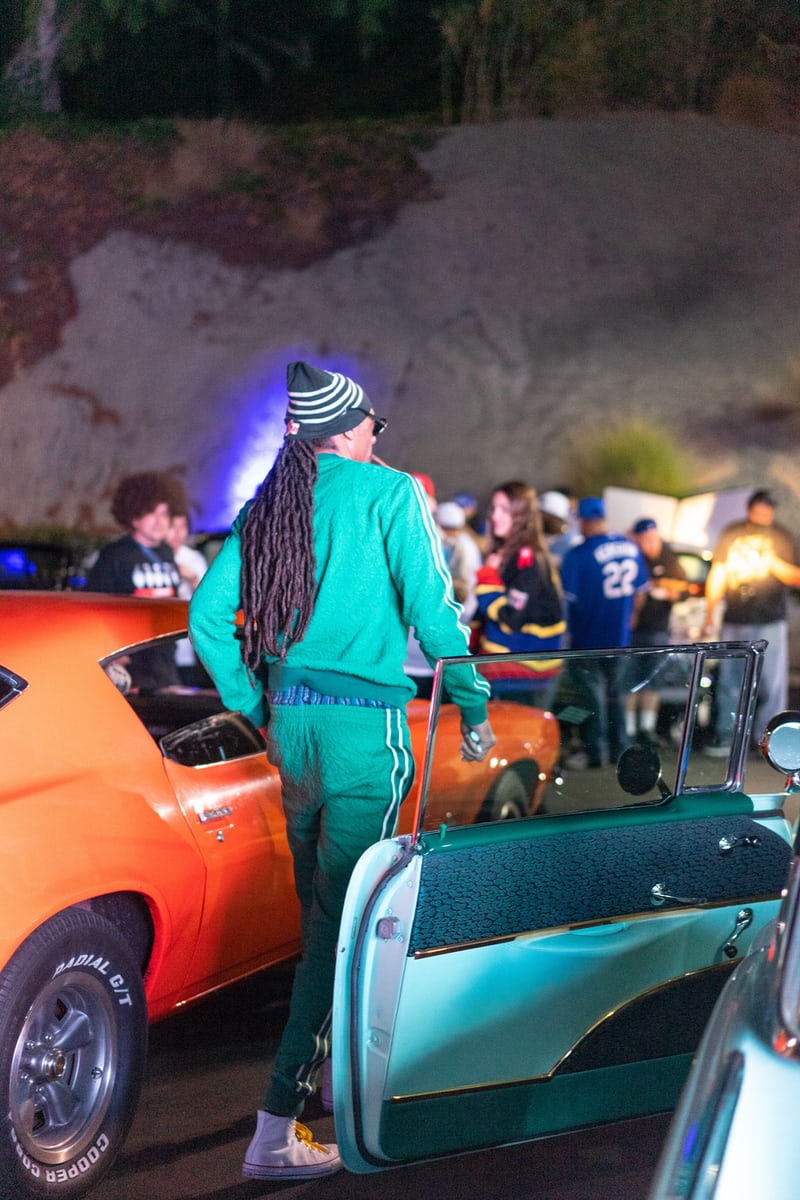 As many of you know, Snoop Dogg is a talented rapper. He was born on October 20, 1971, with the birth name: Calvin Cordozar Broadus Jr. His career immediately soared when he was featured on the song “Deep Cover” by Dr. Dre. Since then, Snoop Dogg is said to have sold 35 million albums around the world.

With all of these, Snoop Dogg has always been under the public eye and hasn't been able to escape it. It was quite the news when media outlets found out that the singer cheated on his wife, Shante Broadus. It came more of a shock when his mistress, Laurie Holdmond, was pregnant with Julian Corrie Broadus.

Given the circumstances, Snoop Dogg’s son, Julian, has been kept a mystery to the public. Even during the rapper’s reality show, Snoop Dogg’s Father Hood, Julian was not seen with his father and family. “I don’t want to be an actor; I want to be a basketball player. But I want to be on the show to get to know my family. It would be so nice for all of us to just hang out together. I hope we can do that one day.”, Julian opens up to Star magazine back when he was 9 years old.

Although his exact birthdate hasn’t been revealed, Julian is said to be born in the year 1998 to his mother, Laurie Holmond and father, Calvin Cordozar Broadus Jr., more known as Snoop Dogg.

Julian Corrie Broadus, Snoop’s fifth son, has not been formally introduced to the public until the famous rapper released a music video for one of his famous songs called Drop It Like It’s Hot. In the video, the rapper featured Pharrell along with his three sons, including Julian. Seeing his father in action inspired the young boy as he admitted in an interview with Nail Buzz that he is thinking of pursuing a career in music. Julian further explains that he stands out from a crowd through music. “When I was a basketball player, I could only do so much, and I couldn’t be unique. Everybody plays basketball, and this music stuff is what I love. I’m really glad God opened those doors for me.”

Julian Changed The Relationship Of Snoop Dogg And His Wife

Based on various reports, Snoop Dogg didn’t try to hide his cheating habits from Shante Broadus, his wife. The rapper even proposed to get a divorce back in 2004. Shante didn’t agree to this as she believed she could handle what was happening in this relationship. However, when she found out about Julian, the couple was said to have a tough time where Snoop tried to file for divorce again.

Today, two are still married and have three children. Although it has been reported that they are living separately and only come together when they need to.

According to sources, Julian didn’t meet his father until the age of nine. It was only until the story about Snoop Dogg and Laurie Holmond’s affair was made aware to the public. Laurie was Snoop Dogg’s ex-girlfriend before getting married to his now-wife, Shante Broadus. Laurie shared that after telling Snoop Dogg that she was pregnant, the rapper was shocked and distraught. He was anxious about telling his wife. Laurie further claimed that she had to bring their conversation to court in order to establish a paternity test that her baby was indeed Snoop Dogg’s.

After everything was settled, the rapper gave his consent to support his child. But financial help wasn’t the only thing Julian needed from his father. Julian has been open in telling people that he is not happy with the whole situation. He has said that life gets even more difficult not having his father as a guide. However, given that Julian has grown, he shares with Fameolous that he isn’t as hurt as he was before. He then reveals on Instagram that even though he doesn’t see eye to eye with his parents, he has endless love for both of them.

Where Is Julian Corrie Broadus Today?

Similar to his father, Julian was a student at the University of California and has a heart for music. He is also an avid social media user where he shares bits and pieces of his life separate from Snoop.

Well, based on his Instagram account, this 23 year old is currently working under a real estate group in Los Angeles. Agents of LA is a company and brand that is widely known for working with celebrities, and given that Julian is said to be living around the Long Beach area of LA, he must be closely working with the brand. “I am ready to make a name for myself and bring in the money, and I know the first person to call: Tai Savet.” Julian said to The Blast. Tai Savet is actually the founder and CEO of the company he is currently working for, Agents of LA.

Julian has also admitted to possibly pursuing a music career a few years back. In an interview with LA Talk, he shared how he used to put out music on the internet but has taken it down when he realized that it needed a lot more work. When asked about what kind of music he is looking into, he believes that a career in Pop or R&B is most likely the route he’ll take. “I’ve always known music was what my life was really about, but I pushed it away trying not to be like my father. But I got older and stopped pushing it away and I’ve never felt better or more passionate about something.”, Julian told Fameolous.

But if he does end up in the music industry, he shares that he doesn’t want to be compared to Snoop or even be given opportunities just because of his last name. “I don’t want people to go around telling me ‘Oh, you made it only because your dad was behind you and putting you in the right positions.’ It's not like that.”

Julian is very much aware of the pressure that comes with being Snoop Dogg’s son. He knows everything he says and does can affect his family that is why he is very careful with everything he does.

The famous rapper and his son reportedly haven’t been seen together for a long while, but Julian shares that he and Snoop Dogg still have a relationship and are currently working on it.

Based on his social media, Julian is seen to be with a lot of girls, therefore, it is quite hard to distinguish if he indeed has a girlfriend. Furthermore, he hasn’t explicitly shared any romantic relationship he has had in the past, or is currently having.

Many people believe that he prefers to keep most of his life private as he is already somewhat known to the public. With that said, no one can truly say anything about his love life unless he shares more about it.