There’s a need to mention the names of his celebrity stepsiblings before one can recognize Jake Olsen.

After one hears that his siblings are three famous Hollywood actresses, then comes the oh-I-see-so-that’s-him kind of line.

In 2014, the former actresses - now fashion designers and business moguls - Mary-Kate and Ashley Olsen promoted their perfume at the now defunct The Ellen DeGeneres Show.

Created for women, the famous Olsen twins called the fragrance Elizabeth and James Nirvana. Those names belong to their younger and older siblings, respectively.

Elizabeth Olsen, of course, is Wanda Maximoff, aka the Scarlet Witch, for Marvel fans, moviegoers, and the general public.

Now who is this Jake Olsen? Why carry the same surname? Is he a celebrity, too?

Several entertainment sites would identify his mother as “McKenzie Olsen.” Is it because “McKenzie” is Martha’s nickname?

His father worked as a mortgage banker and as a real estate developer. David and Martha once belonged in the same company, where she worked as his secretary.

Jake Olsen has an older sister named Courtney Scarlett (born May 10, 1997), who turned 25 this year.

David’s marriage to Martha was his second one. His first wife was Jarnette J. Fuller (born February 22, 1954).

A former ballet dancer, Jarnette married David on August 6, 1977 and divorced him in 1995. They have four children.

The stepsiblings of Courtney Scarlett and Jake Olsen are:

The public must not confuse Jake Olsen with Jake Olson (that’s clearly “Olson” with two “o’s” and not “Olsen”).

Olson is a Canadian football player, who plays for the University of Montana Grizzlies as tight end.

Unfortunately, many websites indicate Jake Olsen as Olson by saying that he is a football player. In addition, such sites would even state Olson’s birthday (February 19, 1989) and birthplace (Hartford, Wisconsin) as his.

As for his career, little is also known about it. The only information available online is that Jake Olsen had a print modeling stint more than five years ago.

In 2016, Runway Magazine signed up Jake Olsen as one of its models. Joe Simpson took the photos.

In relation to that, he got interviewed by Magzter, where he said:

I do like fashion and I do dress up a lot. I like to stand out and be different. I have my own personal style.

Check out the pictures Jake Olsen uploaded on his Instagram, and one would agree that he likes dressing up and posing for the camera.

Not one entertainment site even guessed the net worth of Jake Olsen. It could be hard to know since a lot of information about him is unavailable.

Well, his three stepsisters are worth millions of dollars, with several sites estimating the net worth of the twins to be half a billion dollars. 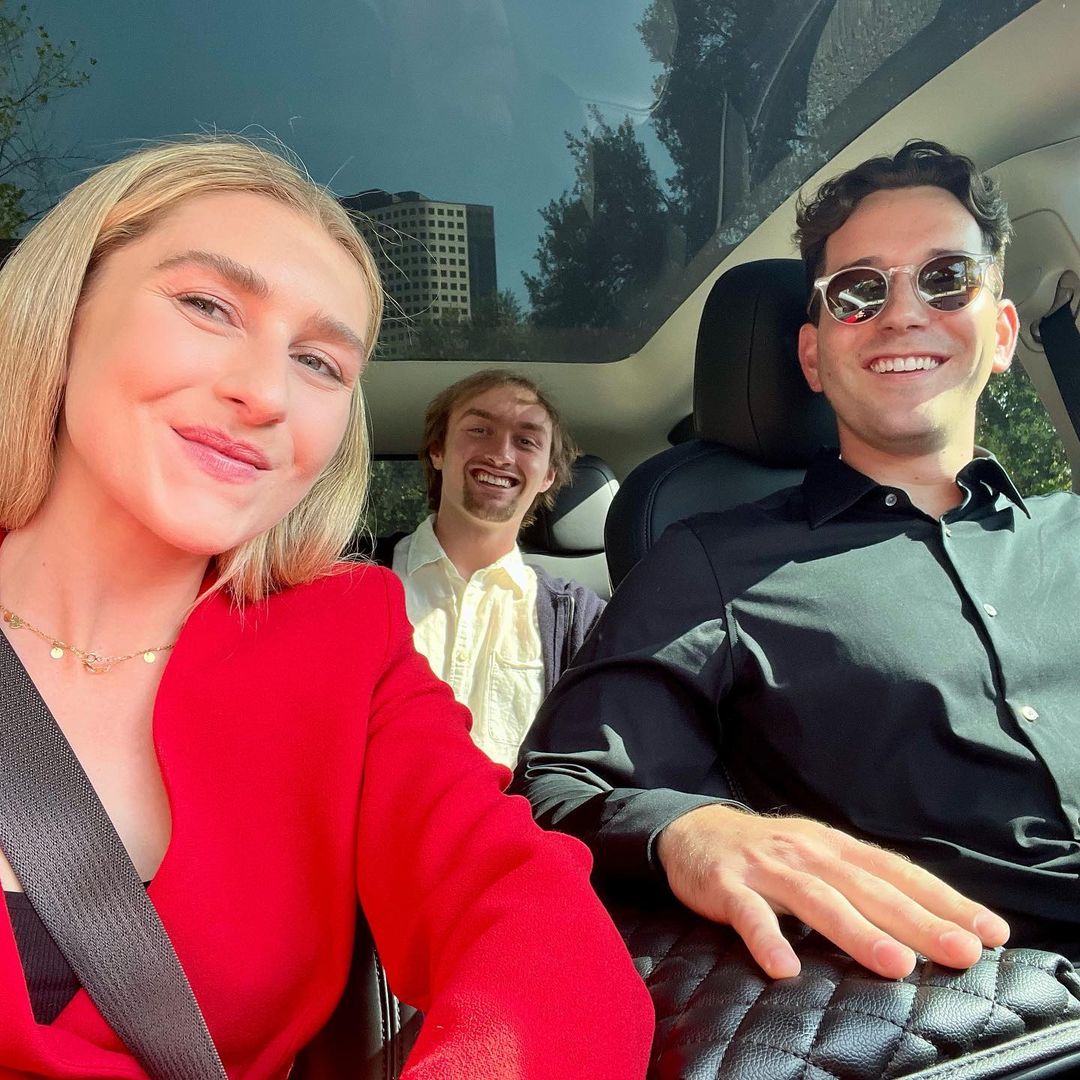 Jake Olsen at the backseat of car with a sunroof, with Courtney Olsen on the passenger seat beside a guy

Who Are All The Olsen Siblings?

There are six of them: four from the first marriage of their father, David, and two in his second marriage. Here they are (in order of birth):

Who Is The Most Popular Olsen Sibling?

That will be the fraternal twins Ashley (two minutes older) and Mary-Kate Olsen. They were the first in the Olsen family to bask in Hollywood spotlight.

Despite being inactive in the entertainment scene since 2014, they continue to make headlines for their fashion style and business ventures.

The next one will be Elizabeth Olsen, who rose to fame through the Marvel movies she appeared in.

What Made The Olsen Twins Famous?

Mary-Kate Olsen and Ashley Olsen starred in the American TV sitcom Full House, which ran for eight seasons. It was a top-rating program from 1987 to 1995.

The show made the twins a household name. 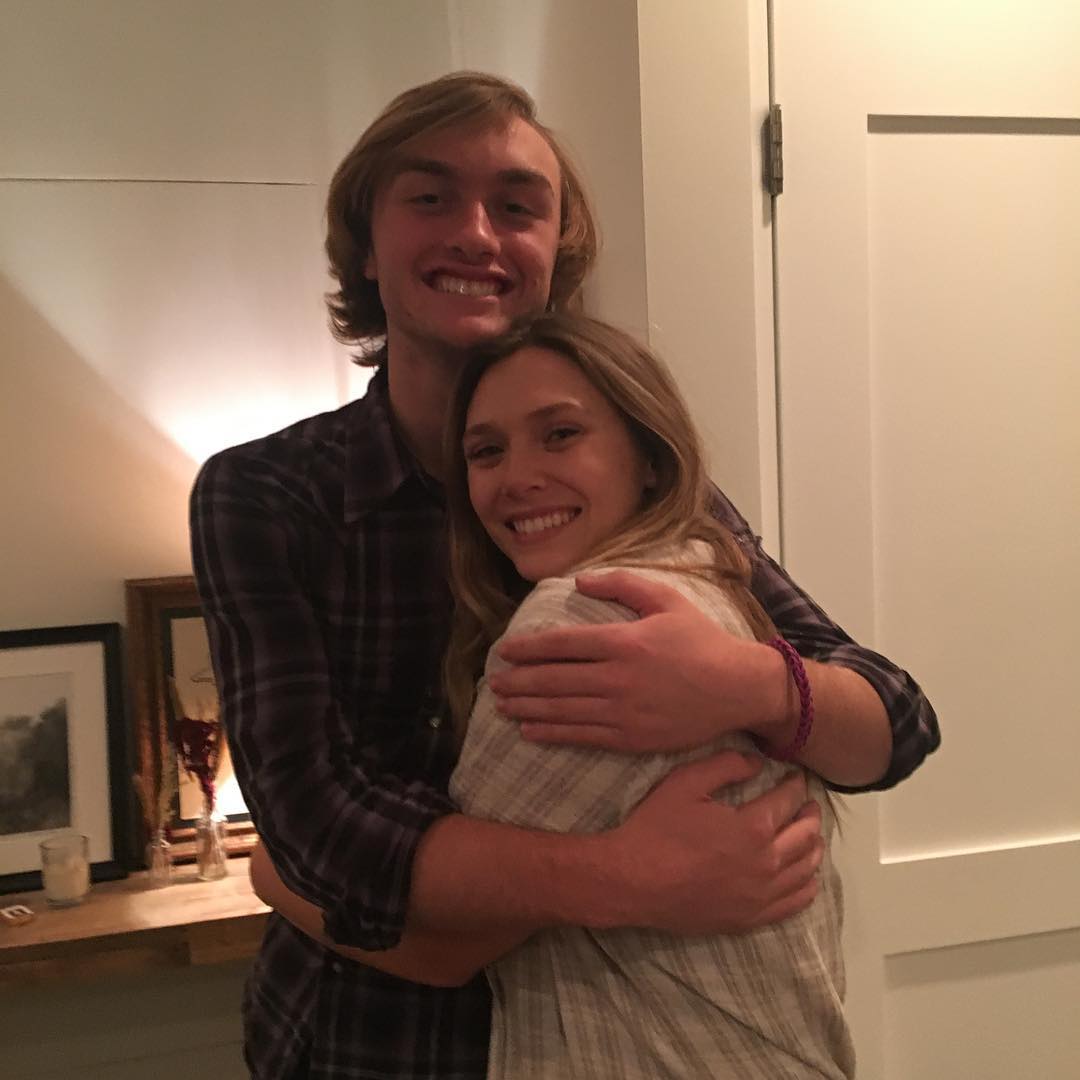 Jake Olsen and Elizabeth Olsen smiling and in an embrace

Jake Olsen leads such a private life that he is not even active on social media. Even though he has an Instagram account, at the time of this writing, one will only find ten posts.

Based on his latest post (September 2022), it appears that he is still into print modeling.

He is more of a relative of some celebrities than a celebrity himself. So, one shouldn’t expect much info about Jake Olsen online.