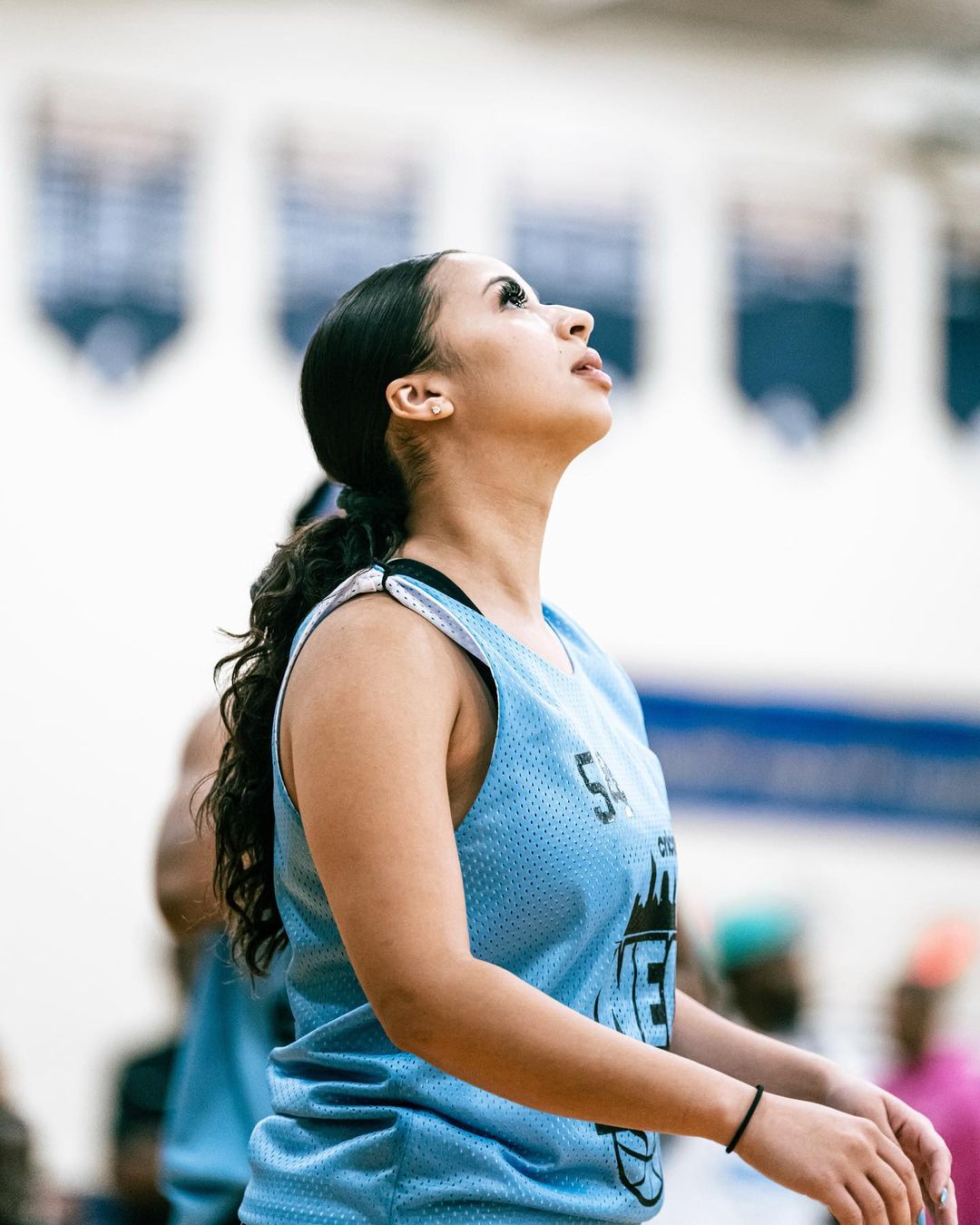 Basketball is no longer a man’s world as women have proven all these years that they can excel in the said sport, too, with Jaden Newman being one of them.

In the case of Newman, she displayed her competence in the game at such a tender age.

Find out what’s new with Jaden Newman, a young basketball star in her own right.

In February 2015, a ten-year-old girl and a 26-year-old NBA player – nicknamed that time as “Baby-faced Assassin” – challenged each other in a 3-point-shooting contest.

A professional adult basketball player versus a kid? What were they thinking?

But it happened – and what happened?

The kid “assassinated” the “assassin.”

In other words, Jaden Newman beat Stephen Curry at the 2015 Footlocker Three-point Contest, according to SB Nation.

In 2014, Newman joined the high school varsity basketball team of Downey Christian School in Orlando in a game. She attained an average of 14.8 points and made 7.5 assists per game, according to MaxPreps.

Her performance there – as a four-foot-five-inch-tall fourth grader against 12th graders – trended online. A compilation of the highlights of that game was uploaded on YouTube, and the video received approximately 1.2 million views, according to the Southeastern Conference.

In February 2014, she guested at “The Queen Latifah Show” and showed a sample of her basketball skills.

That shootout with Steph Curry brought another new level of fame to Jaden Newman, who started playing basketball at 3, as she revealed during a 2014 interview with ABC News.

She was in third grade at Downey Christian School when Jaden Newman started playing basketball as a student.

In fifth grade, Newman averaged 31.3 points, according to USA Today Sports. In sixth grade, when she was ten, she made an outstanding 57 points in her debut game.

It won’t be surprising, therefore, if offers will come for the wonder kid.

In 2014, ABC News reported that Newman received a recruitment letter from the basketball program of the University of Miami.

Olson said that people should “keep an eye” on Newman. He implied that NCAA Division I women's basketball coaches might take interest in Newman for her “confident disposition” and “fearlessness.”

Are Julian And Jaden Newman Twins?

They are the only children of Jamie Newman and Puerto Rican Vivian Gonzalez-Newman from Orlando, Florida.

At Downey Christian School, their father taught History and coached the basketball team, according to The New York Times.

Back as high school students in Orlando, the interracial couple played as point guards, with Jamie for Colonial High School and Vivian for University High School, reported the Orlando Sentinel. It was through basketball that their paths crossed. They started dating and eventually got married.

Now that gives the public an idea on how the Newman siblings got into basketball in the first place. As they say, it runs in the family.

Where Is Jaden Newman Now?

The youngster who beat Stephen Curry at the 3-point shooting game in 2015 is now a bikini-wearing, selfie-loving teen this 2021 – who still plays basketball.

Check out Jaden Newman on Instagram (@jadennewman1). She got 1 million followers as of this writing.

She still attends Downey Christian School, and, according to FanSided, aspires to go to the University of Connecticut and play for the UConn Huskies.

What Is Jaden Newman Bra Size?

Jaden Newman has never been in any romantic relationship yet. Based on her Instagram account, the naturally curly black-haired Gemini seems to be not dating anyone at the moment.

In 2019, she posed for a picture with her crush, LaMelo Ball, who now plays for the Charlotte Hornets as point guard-shooting guard.

Only 17, the road to becoming a professional basketball player is still long for Jaden Newman.

She’s got plenty of time to further hone her skills.

If she indeed ends up playing for the UConn Huskies, given her abilities, Jaden Newman might become viral once more.