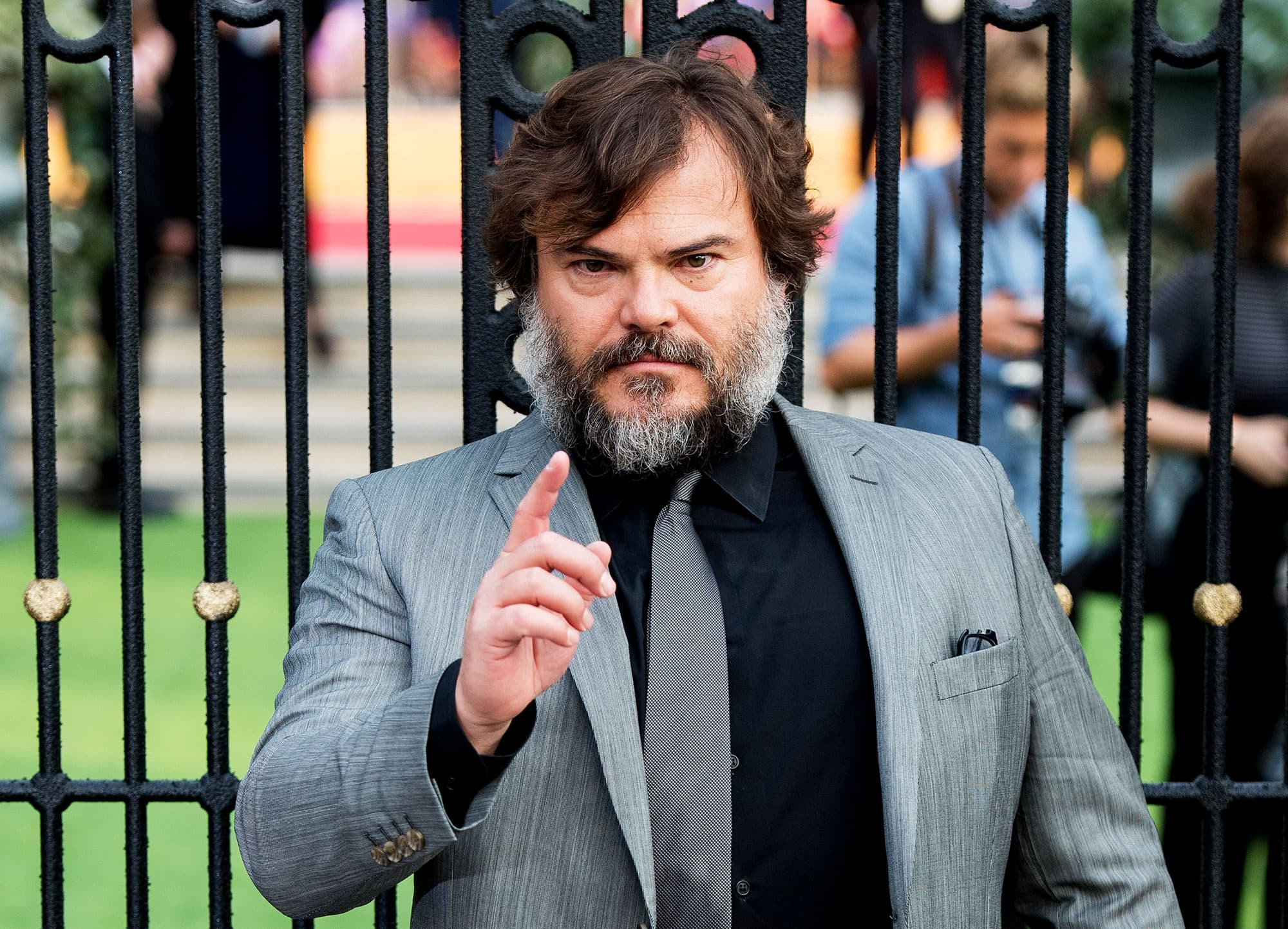 In DreamWorks Animation's Kung Fu Panda movie, he also voices Po, a gigantic panda. For his roles in School of Rock and Bernie, he received Golden Globe nominations, and in 2018, he was honored with a star on Hollywood's Walk of Fame.

Black is also the lead singer of the Grammy Award-winning comedic rock band Tenacious D, which he co-founded with longtime buddy Kyle Gass in 1994. Tenacious D's self-titled debut, The Pick of Destiny, Rize of the Fenix, and Post-Apocalypto are among their studio albums, as are their television series Tenacious D (1997–2000) and film Tenacious D in The Pick of Destiny (2006).On December 21, 2018, Black created the Jablinski Games YouTube channel.

Nacho Libre is a film that not everyone will like. The School of Rock's writer co-wrote the song. It's a fitfully stupid, extremely childish sports comedy focused on its titular character, Nacho Libre (Jack Black), a priest in Mexico who moonlights as a wrestler to finance the orphanage he helps manage. It's written by Mike White and directed by Napoleon Dynamite director Jared Hess.

It is partly based on a real event, but it is mostly an absurdist, completely silly slapstick comedy that depends heavily on pratfalls, cheesy asides, and a slew of stupid gags. But it's also a film with a strong and throbbing heart, one that prides itself on being both joyously inspirational and constantly funny, and it's bolstered by a weird but endearing Jack Black performance.

Nacho Libre received mixed reviews from critics, with some claiming that it is a one-joke film that goes on too long. While Nacho Libre isn't as inspired as some of Jack Black's previous, better films, it does have an unexpectedly pleasant tone to it, which is enhanced by Black's excellent character work and surprisingly nice and genuine performance.

Nacho Libre becomes a rollicking, charming, though entirely unconventional, sports comedy towards the conclusion, showcasing Black's physicality as a comedian and emotional depth as a character actor.

Po, the primary character in the Kung Fu Panda series, is voiced by Jack Black.Po reunites with the other pandas, including his long-lost father, in the third episode.

After an undead fighter known as Kai returns to the living world and steals the chi from kung fu masters, it's up to Po to teach his people martial arts and fight the new enemy. Beautiful animations, engaging voice acting, unique comedy, and warmth were all praised in the film.

School of Rock is a 2003 comedy film directed by Richard Linklater and written by Mike White. It was produced by Scott Rudin and directed by Richard Linklater. Jack Black, Joan Cusack, Mike White, Sarah Silverman, and Miranda Cosgrove appear in the picture. Black portrays Dewey Finn, a poor rock guitarist who gets thrown out of his band and then poses as a substitute teacher at a renowned prep school. Dewey creates a band of fifth-graders after seeing his pupils' potential and hopes to win the forthcoming Battle of the Bands and pay off his rent.

On October 3, 2003, Paramount Pictures released School of Rock, which grossed $131 million worldwide on a $35 million budget. Critics praised Black's acting and humour in the picture, and it got good reviews. Until 2015, it was the highest-grossing music-themed comedy of all time. A Broadway musical production debuted in December 2015, and a Nickelodeon television version premiered on March 12, 2016.

Jesus' Son, admittedly, isn't as well-known as some of Jack Black's previous films. This indie dramedy received a lot of praise when it came out, but it didn't have the same broad appeal as some of the actor's other, larger films later in his career. Nonetheless, this historical drama, which is based on a collection of short stories by author Denis Johnson, is a winner, thanks to its superb ensemble, which includes Jack Black.

As an orderly at the hospital where our protagonist, Billy Crudup, works, Jack Black doesn't have a lot of screen time in Jesus' Son, but he does appear in an amusingly horrific moment that highlights his ability for subtle comedy, which is frequently overlooked when he's expected to play it loud and wide. Nonetheless, Jack Black is a multi-talented actor who contributes to Jesus' Son's modest but attractive success.

When the picture was released in cinemas on May 26, 2011, it got overwhelmingly favorable reviews from reviewers. It was available in two different formats: 2D, RealD 3D, and Digital 3D. As a result, it earned $665 million worldwide against a budget of $150 million, making it the most successful female-directed movie until Frozen (2013) and the most successful picture exclusively directed by a female filmmaker until Wonder Woman (2007), and now (2017).

The grandiose 2005 remake of King Kong by Peter Jackson wasn't everyone's favorite. Its three-hour length, along with melodramatic inclinations, produced an old-fashioned movie that fans in the mid-2000s weren't expecting even from the Oscar-winning filmmaker of the incredible Lord of the Rings trilogy. Nonetheless, this underappreciated remake was a flawed but spectacular accomplishment, providing Jack Black with a chance to broaden his résumé by putting his well-proven skills to work in an Oscar-caliber blockbuster directed by a popular filmmaker.

Jack Black is just one piece in the huge epic jigsaw puzzle that is Carl Denham, the director whose passion for his film takes many deadly turns. However, rather than detracting from its beauty, his addition adds to it.

With his financial position and apparently everything else on the line, the macho director's huge, bold ambition to create something exceptional is aided by the actor's wide acting style. It's another stunning epic achievement from Peter Jackson's mid-period, one that gave Black a great opportunity to showcase his significant skills in this huge movie remake.

Despite being an underappreciated masterpiece that was overlooked upon its initial release, Saving Silverman has quietly but steadily gained its due following over the years.No one is claiming that this film is the pinnacle of high-brow social satire, after all, someone's breast gets lit on fire at one point. Saving Silverman is a farce, which is part of what makes it so enjoyable.

When Wayne (Steve Zahn) and J.D. (Black) try to prevent their best buddy Darren (Jason Biggs) from marrying the wrong lady, hilarity ensues. Black, in particular, is very amusing in a more quiet and restrained role than we're used to seeing him in. Come for the humor of Jack Black, but stay for the Neil Diamond performance.

Anchorman: The Legend Of Ron Burgundy (2004)

Anchorman is a cult comedy about a seasoned TV reporter called Ron who welcomes the rising Veronica Corningstone to the male-dominated broadcast network where he works. Though Ron is initially unconcerned by her presence, Veronica's success eventually puts him in jeopardy.

However, after a series of bizarre occurrences at the San Diego Zoo, Ron seizes the opportunity to tell the biggest story of his career and return to the top.

After Zathura: A Space Adventure (2005), it is the third chapter of the Jumanji series, and it is a direct sequel to Jumanji (1995), which was based on Chris Van Allsburg's 1981 children's novel of the same name. The plot revolves on a group of adolescents who, twenty-one years after the events of the 1995 film, stumble and discover Jumanji now a computer game. They've been stuck in the game since 1996 as a group of adult avatars trying to accomplish a mission with another player who has been trapped since 1996.

The film's principal shooting started in September 2016 in Honolulu and concluded in December in Atlanta, with significant allusions to the previous film as a homage to its main actor Robin Williams. On December 5, 2017, Jumanji: Welcome to the Jungle had its world premiere at the Grand Rex in Paris, and on December 20, Sony Pictures Releasing Columbia Pictures label released the film in RealD 3D, IMAX 3D, Dolby Cinema, IMAX, and 4DX formats in the United States.

Critics praised the film's comedy and acting, and it got generally favorable reviews. The film earned more than $962 million worldwide, making it the sixth highest-grossing picture of 2017. Jumanji: The Next Level, the sequel, was released in December 2019.

Tim Robbins co-produced and directed Dead Man Walking, a 1995 American crime drama film starring Susan Sarandon and Sean Penn and based on the 1993 non-fiction book of the same name. Sister Helen Prejean (Sarandon) forms an unusual bond with Matthew Poncelet (Penn), a figure modeled on convicted killers Elmo Patrick Sonnier and Robert Lee Willie. She visits him as his spiritual advisor after communicating with him. He is a death row inmate in Louisiana.

The film was a critical and financial triumph, grossing $83 million on an $11 million budget and receiving acclaim for Penn and Sarandon's performances, as well as Robbins' directing. For the single "Dead Man Walking," Sarandon was nominated for an Academy Award for Best Actress, while Robbins, Penn, and Bruce Springsteen were nominated for Best Director, Best Actor, and Best Original Song, respectively.