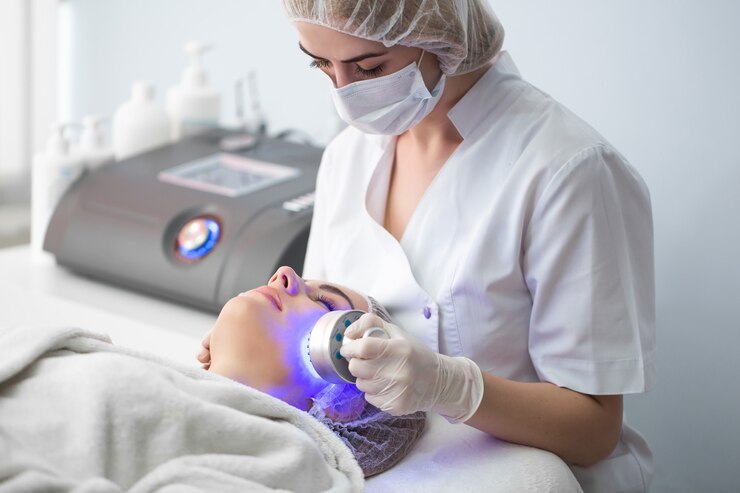 A medical device employs modest electrical currents to transfer medicine across biological membranes during iontophoresis, generally done while your injured body part is immersed in water.

Iontophoresis is most typically used to treat hyperhidrosis, which causes chronic and excessive sweating.

Currents are often administered to the hands, feet, or armpits to block sweat glands temporarily. Some people experience a mild tingling sensation during the process, although the electrical current is not powerful enough to shock you.

Sweating may occur in response to particular triggers, such as hot weather or physical exertion, or it may occur without any trigger. Medical illnesses such as hyperthyroidism or menopause may also induce it.

Iontophoresis may be used to treat sports injuries and hyperhidrosis by administering anti-inflammatory drugs directly into the skin.

The pharmaceutical business is confronting several issues across the world. The ever-changing safety standards governing medication usage need the creation of dosage forms capable of delivering pharmaceuticals to specific places, ideally through non-invasive methods in a rate-controlled way.

The concentration gradient, which drives passive permeation, cannot overcome the skin resistance of the majority of molecules. Enhancer molecules may speed up permeability and cause irreparable skin damage and inflammation. It was anticipated that physically propelling the drug molecules into the deeper layers of the skin would be a safer option.

Use Of Iontophoresis For Drugs

Iontophoresis was initially reported at the turn of the century when the method was demonstrated by injecting strychnine and cyanide into rabbits in 1908. However, reports of burns and skin injury connected with the use of electric current raised concerns about the process's suitability for regular medication delivery.

After nearly 60 years, the pioneering work of a group of researchers who demonstrated that drug penetration could be safely and effectively improved by utilizing a low-intensity regulated current brought electrically assisted drug delivery back into the spotlight.

Compared to intravenous infusions, current-induced regulated administration is expected to improve patient compliance since it causes less histological damage and saves the receiver from psychological trauma.

Over the last two decades, biotechnologically generated proteins have been introduced to the medicinal repertory; however, they are unstable and unable to cross the gastrointestinal barrier.

The issue seemed less challenging when it was found that they could pass through the aqua-filled pores when repulsed by an electric field. Data from smaller molecule trials also suggested that iontophoresis, an electrically powered delivery device, might be a potential method for regular non-invasive drug administration. Lidocaine is already available in the United States as an iontophoretic patch.

Because they need a different energy source, iontophoretic devices are guaranteed to be more costly than passive patches. As a result, to be economically feasible, the iontophoretic distribution must have certain benefits over passive delivery methods. Before choosing a candidate for the creation of an iontophoretic system, this aspect is often analyzed.

Why Is Iontophoresis Performed?

Everyone perspires, yet some sweat more than others. People who sweat excessively or continuously for no apparent cause may have hyperhidrosis disorder.

One therapy that may alleviate this ailment's symptoms is iontophoresis. People with hyperhidrosis may need numerous weekly iontophoresis treatments, lasting 20 to 40 minutes.

Iontophoresis is most often used to treat excessive sweating but may also treat several sports injuries.

Anti-inflammatory medications added to the water during iontophoresis may help relieve heel pain and other soft-tissue injuries.

The electrical current facilitates medicine absorption via the skin. Iontophoresis is particularly efficient in reducing swelling and discomfort around joints.

On the other hand, sprains and bursitis may react well to this therapy.

In addition to the typical drug reservoir, an iontophoretic device requires an energy supply. Once triggered, the source produces energy in a predetermined and regulated way.

The skin has a net negative charge at physiological pH, and cations traverse the skin barrier more effectively than anions. The electric current causes a potential gradient across the skin tissue, and the charged drug is repelled from the drug reservoir underneath the active electrode.

Human skin pores are significantly broader and more linear than the convoluted uneven channel that runs through the lipophilic matrix of unbroken skin. Because iontophoretic propulsion is directly related to current intensity, the technology is anticipated to assure planned and repeatable medicinal material delivery.

Fentanyl, an analgesic patch, has become a blockbuster product, with an annual turnover of 1.59 billion US dollars in 2002. The patches in the cardiovascular category were regarded as having a stronger clinical benefit.

The American Heart Association has approved transdermal nitroglycerine for use in acute myocardial infarction. The repeatability of drug flow is the greatest issue in passive delivery. Flux values determined from passive permeation vary depending on species, skin type, and skin area. Iontophoresis used a trans-follicular route, and follicle densities in animals and humans differed.

Skin's electrical impedance varies greatly depending on species, people, and body part location. The optimal solution for the comparison research is tailor-made artificial skin with resistance equivalent to human skin.

Ions generated by iontophoresis have the potential to obstruct sweat ducts in the stratum corneum physically. The external electrical current may disrupt standard sympathetic nerve transmission.

How Often Should You Use Iontophoresis?

Commonly, the practice is repeated three times each week until the desired results are obtained. Once patients have achieved adequate dryness, they are placed on a maintenance plan, which is generally once per week.

What Are The Side Effects Of Iontophoresis?

Iontophoresis has few side effects and is well tolerated by most patients. During and after treatment, there is a transient tingling sensation. If the patient abruptly discontinues therapy, a harmless but unpleasant electrical shock may ensue (for example, by removing a hand). The skin might become very dry and cracked.

People with diabetes employ reverse iontophoresis to test their glucose levels noninvasively. It is being researched as a possible diagnostic test for phenylketonuria, a potentially deadly metabolic condition in babies.

Iontophoretic systems using low levels of electricity may be readily produced and marketed using a 9-volt button battery. Cardiovascular agents have a guaranteed market for transdermal products due to their necessity for chronic administration.