Hutchinson, A Former Top Aide, Testified About The Mob On January 6 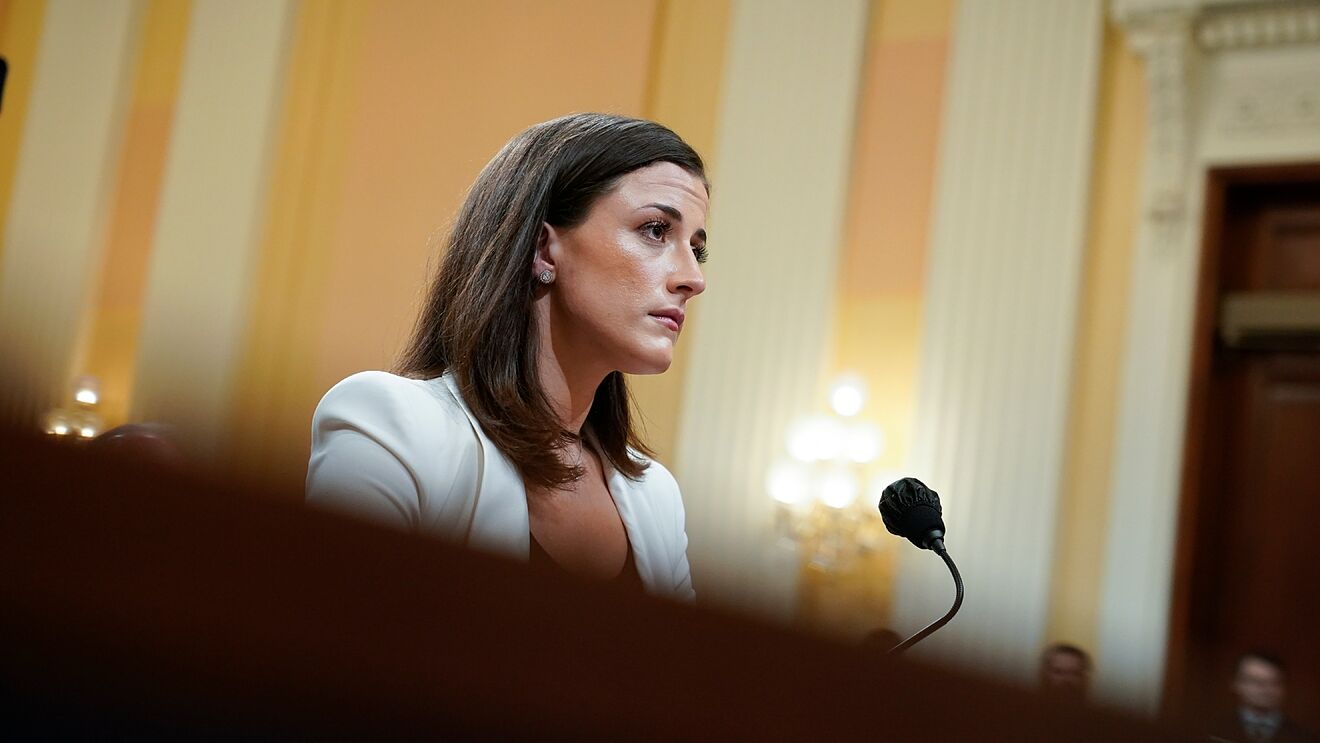 Hutchinson, a former top aide, testified about the mob in front of the house Committee looking into what happened on January 6, 2021.

On January 6, 2021, a group of people who supported U.S. President Donald Trump attacked the Capitol Building in Washington, D.C.

This event is known as the Capitol attack, Capitol riot, or Capitol insurrection.

26-year-old Cassidy Hutchinson started off as a staff assistant in the Office of Legislative Affairs but was soon promoted to special assistant to then-President Donald Trump and adviser to Meadows.

She subsequently took on the role of executive assistant to Trump until the end of the Trump administration.

Because of Hutchinson's experience working closely with Meadows, the committee will be able to learn more about Meadows' attempts to invalidate the election and what happened on the day the Capitol was attacked.

A person who is close to Hutchinson said that she gave at least 20 hours of testimony to the committee about her time at key White House meetings when Trump and his allies tried to change the election results.

She saw several important things happen before January 6, and she also saw some of Trump's real-time reactions on that day.

As Hutchinson is confessing, she says that Trump would often get angry and hit a staff member out of the blue as he tried to stay in power after losing the 2020 election.

She talked about how unpredictable the president was during the conflict and said that a march on the Capitol had been planned ahead of time, even though some people in the crowd were heavily armed and ready to fight.

The day after the attack, Trump's closest advisors and White House lawyers told him he should give a speech to the country on January 7, 2021, to stop his own Cabinet members from trying to use the 25th Amendment.

Preventing The Cabinet From Using The 25th Amendment

Hutchinson claimed that Trump was convinced to address the nation the day after the Capitol incident.

He said this to protect his legacy and keep the 25th Amendment from being used by his cabinet.

Hutchinson said in her testimony that in the days before the Capitol riot, she started to feel "scared and nervous" about the possibility of violence on January 6 and was worried about what the White House was planning.

She uttered: "I recall hearing the terms' proud boys’ and ‘oath keepers’ when [Rudy] Giuliani was around."

Meadows Said That January 6 Might Be "Really, Really Bad."

He told Hutchinson that she should be "excited" about what was going to happen in four days. That's when the warning came.

Hutchinson says that she then told Meadows about what had happened. Meadows did not look up from his phone while he was in his office.

Hutchinson responded to Giuliani's comments about what Meadows told her in response. "Things could get really bad on January 6."

Cassidy Huntchinson is dressed in a white coat, and there are blurry shots of people and a cameraman behind her

According to Hutchinson, the Secret Service alerted Trump and his inner circle that there were attendees at his Stop the Steal rally who were carrying weapons, pistols, body armor, spears, and bear spray.

She said Trump was very angry with his security staff, and she heard him say: "I don't fucking care that they have weapons." They’re not here to hurt me. "

Following his speech, she stated that Trump encouraged them to march to the Capitol.

At the end of the hearing on January 6, Liz Cheney, the vice-chair of the committee, said that people with ties to the Trump administration are trying to scare away witnesses who were called to testify before the panel.

2021 Attack On The United States Capitol 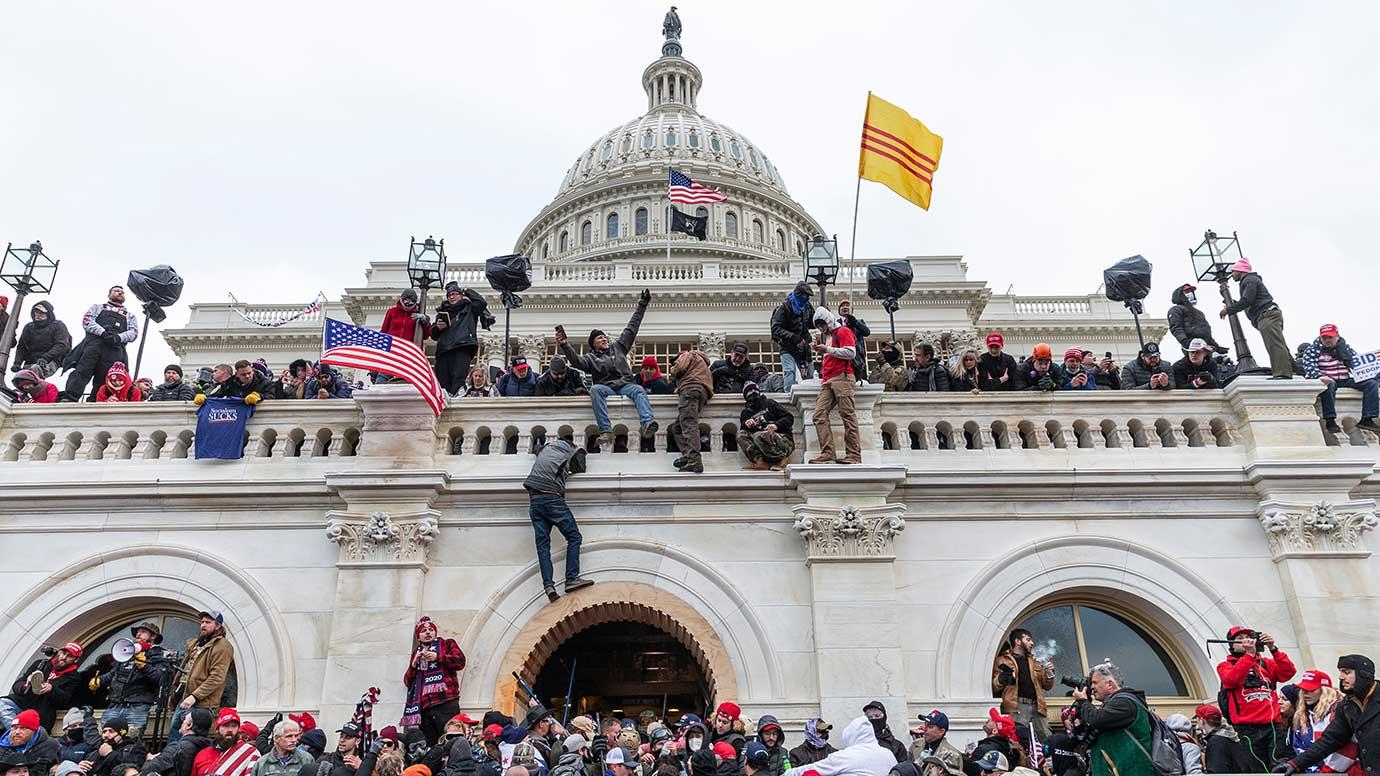 The attack is meant to stop a joint meeting of Congress that was called to confirm that Trump lost the 2020 presidential election to Democrat Joe Biden.

Since the goal of the attack was to stop a constitutionally-elected president from taking office, most people saw it as an act of rebellion or insurgency.

Lawmakers and staff had to leave the Capitol Complex because protesters were attacking police officers, breaking things, and taking over the building for many hours.

Before the attack, Trump gave a speech in which he urged a large crowd of his supporters near the White House to march to the Capitol and violently resist Congress's certification of Biden's victory, which many of them did.

So, the Democratic-led House of Representatives impeached Trump for "inciting an uprising," a charge for which he was later found not guilty by the Senate.

Beginning in the middle of December, Trump told his supporters to protest the vote-counting ceremony by going to a rally and marching on January 6.

"Be there, it will be wild!" Trump wrote in one of the tweets. At the rally, which was held in a public park near the White House, there were thousands of people, including right-wing extremists and members of paramilitary groups.

The Capitol Police, as well as additional officers from the District of Columbia's Metropolitan Police Department, were overwhelmed.

Many police officers were beaten with weapons that could kill them, sprayed with chemicals that could make them sick, or trampled by the growing crowd.

Inside the Capitol Hill Riots

Hutchinson, a former top aide, testified about the mob had already given congressional investigators a lot of information.

She talked about meetings that took place at the White House before the uprising of election challenges in January 2021.

However, Trump said that a lot of what Hutchinson said was not true.

On the other hand, some of Hutchinson's former colleagues also backed up what she said.

Note that this article only includes the most important parts of Cassidy Hutchinson's testimony about the "Capitol attack, Capitol riot, or Capitol insurrection" that happened on January 6.

You can look on the internet for the full video of the hearing and the full testimony if you want to see it.