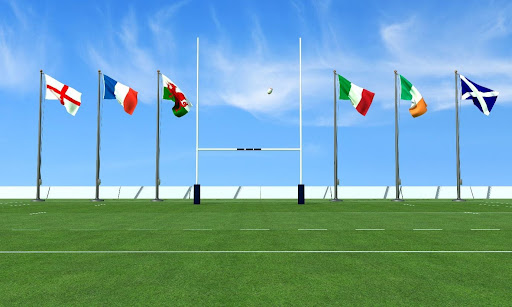 With last year’s tournament taking place in strange circumstances behind closed doors, rugby fans will be looking forward to the upcoming 2022 renewal of the Six Nations. That said, so will the players as they would have found it unnerving playing against some their biggest rivals in eerily silent stadiums — where they could hear every tackle, every kick and every shout from the sidelines.

Hopefully having fans back in attendance will make games more bearable to watch, while the hostile environments at the likes of Murrayfield, Twickenham, the Millennium Stadium and the Aviva in Dublin will make games harder to call in the Rugby odds from Betfair.

So, with around two weeks to go until a blockbuster opening weekend of this year’s Six Nations, which features Ireland hosting Wales before England travel to Edinburgh to go head-to-head with their bitter foes Scotland for the sought-after Calcutta Cup, let’s take a look at how the tournament’s outright winner market stands before a ball has even been kicked.

Narrowly beaten to the Six Nations title for the last two years in a row, France are being tipped to finally get their hands on the trophy for the first time since 2010 this year. Pipped to the title by England on points difference in 2020 before defeat to Scotland gifted Wales a shock victory last year, France have no time to lick their wounds. This current crop of players has so far missed the chance to end a lengthy drought. They are more than capable, so they must prove it this year. France have the benefit of playing three games at home (Italy, Ireland and England). If the fans get behind them, this could well be their year.

England will be incredibly disappointed with how the defence of their title went last year. Eddie Jones’ men lost a gruelling battle to Scotland in round one, coming up short in a low-scoring 11-6 defeat in London, and despite bouncing back with a big win over Italy, they left a lot to be desired for the remainder of the tournament. Heavy defeats to Wales and Ireland, wedged either side of a somewhat shock win over France, left England second bottom of the pile. They’ll start with a difficult trip to Scotland before a routine win over Italy is followed by home fixtures against Wales and Ireland. If victorious in all four of those games, the Six Nations could be decided in Paris on March 19th!

It’s hard to believe it has been four years since Ireland’s stunning Grand Slam victory in 2018. The boys in green have been mediocre at best since, finishing third in each of the last three renewals. Back-to-back defeats to Wales and France in the opening rounds of last year’s tournament meant Ireland’s hopes of winning were instantly dashed. But they kept fighting to salvage three successive victories and wrap up third. Andy Farrell’s men will see the home fixtures against Wales, Italy and Scotland as very winnable ties, but trips to France and England is where the Six Nations will be won or lost.

It’s fair to say that nobody expected Wales to win the Six Nations last year. Going into the tournament as underdogs perhaps helped Wayne Pivac’s men though. A round one victory over Ireland in Cardiff seemed to give them the momentum and a narrow 25-24 win on the road in Scotland perhaps gave Wales the belief that spurred them on to a monumental win over England at Twickenham. Beating Italy was no issue, but defeat at the Stade de France threatened to derail their title aspirations — only for Scotland to stun France in their rescheduled third round match, gifting Wales the Six Nations crown.

Scotland are currently 10/1 followed by Italy, who are unsurprisingly massive outsiders at 500/1.