How Not to Summon A Demon Lord Wiki 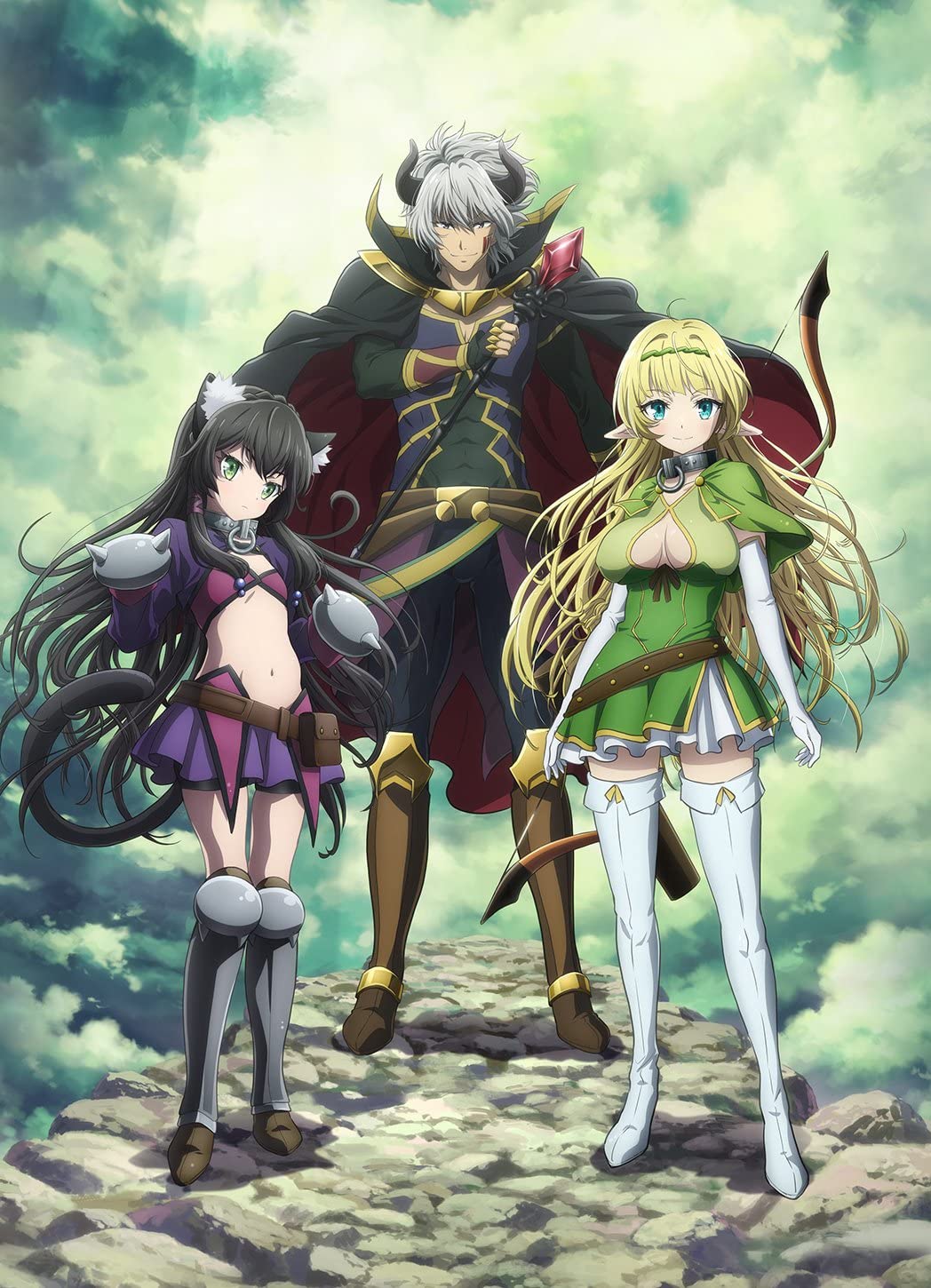 How Not To Summon A Demon Lord Wiki also known for its English Translation “King of Darkness Another World Story: Slave Magic” is a Japanese novel series written by Yukiya Murasaki and illustrated by Takahiro Tsurusaki.

This novel is an entertaining mix of fantasy adventures and comedy which is considered as one of the fan-favorite anime in the industry. It is relatable especially to gamers who are antisocial as these are the qualities of the series' protagonist, Diablo. How Not To Summon A Demon Lord was published in English by one of the best digital publishing companies in Japan “J-Novel Club”. The said series has since been adapted into both manga and anime forms. A manga adaptation of this novel by Naoto Fukuda has been running since 2015 and was licensed by Seven Seas Entertainment. An anime television series adaptation by Ajia-do Animation Works premiered last July 5, 2018. A second season by Tezuka Productions and Okuruto Noboru was aired from April 9 to June 11, 2021.

How Not To Summon A Demon Lord Author

The original creator of How Not To Summon A Demon Lord is Yukiya Murasaki. Yukiya is a well-known Japanese light novelist who lives and works in Chiyoda-ku, Tokyo. The author earned the prestige prize with Yurei Nanka Mienai! in the first GA Bunko Taisho contest in April 2009, then made his professional debut with the novel in the following year 2010. One of his best works is How Not To Summon A Demon Lord which has been printed with over one million copies in Japan.

How Not To Summon A Demon Lord Plot

The story centers on the protagonist Takuma Sakamoto who is an ordinary man that has been showing his overwhelming strength that was enough to be called "The Demon King” in the fictional MMORPG "Cross Reverie (virtual reality game)." One day, he was mysteriously transported and he finds himself trapped in the world of the game by two young girls (the Pantherian Rem and the elf Shera) who attempt to summon his character. He uses his peculiar ability "Magic Reflection," which turned the two girls as his slaves instead. Takuma takes pity on them and decides to journey with them through the fantasy world to survive, while covering up his real-life social awkwardness. The story revolves with the adventure and challenges of Takuma to act like his character while interacting with others, and makes use of his high skills and vast knowledge of Cross Reverie's to survive in his new world.

Main Characters And Their Roles

How Not To Summon A Demon Lord characters all have great personalities and it is exciting to watch them interact with each other to take down antagonists for quests and so forth.

Takuma Sakamoto - is a game player who controlled the character Diablo or known as the Demon Lord in the game. He always defeats players using his overwhelming skills and tends to hold back for being too strong. But one day he was transported another world, appearing in the body of Diablo, finding two girls, who claimed to have summoned him and that he should be a slave to one of them. But due to his power, the magic has rebound back against them, becoming the two girls as his slaves.

Shera - is an Elf who is one of the two girls who summoned Takuma Sakamoto. The reason why she summoned him is to have enough power in order to live freely. She is 15 years old.

Rem - is a Pantherian girl who is also one of the summoners of Takuma and had no choice but to continue to demonstrate its strength, aiming to exterminate the Demon King antagonist Krebsklum. She is 14 years old.

Edelgard - is one of the main characters in the How Not To Summon A Demon Lord. She is a Fallen Demon and shown riding a dragon-like creature.

Alicia Crystella - is an Imperial Knight girl and was born as a daughter of a duke.

How Not To Summon A Demon Lord Anime Adaptation

How Not To Summon A Demon Lord anime television series adaptation was announced in January 2018. The series was animated by studio Ajia-do Animation Works and is directed by Yūta Murano and written by Kazuyuki Fudeyasu. Funimation streamed a Simuldub of it in North America and Crunchyroll simulcast the series worldwide outside of Asia. On April 8, 2020, it was announced that the series will receive a second season titled How Not to Summon a Demon Lord, co-animated by Tezuka Productions and Okuruto Noboru. The second season aired on TBS and BS-TBS from April 9 up to June 11, 2021. The second season's opening theme, "EVERYBODY! EVERYBODY!" The ending theme, "YOU YOU YOU," was performed by Serizawa. The second season ran for 10 episodes only.

Is How Not To Summon A Demon Lord Finished?

As of now, no official announcement has been made for the third season, but taking into account how popular the entire series has become after the anime aired, How Not To Summon A Demon Lord has an excellent chance of getting announced for the next season. Therefore, there’s no confirmation for another season’s arrival. Many are hoping it will come by 2023, but nothing is for certain at the moment.

Is How Not To Summon A Demon Lord A Good Anime And Novel?

As of the latest How Not to Summon a Demon Lord has 3.1 million copies in circulation. Since the airing of the anime, both the light novel and the manga grew in their popularity, leading to an increase in digital sales. The novel sales have tripled since the first season aired. On average a light novel usually has 600,000 to 800,000 copies in circulation, so it is certainly doing impressive in terms of light novel sales. In addition to that, several volumes of the novel also ranked in the top ten of Amazon Japan’s Light Novel charts in June 2021. Currently, its last released volume is ranked #943 as the bought light novel on Amazon Jump. Recently it ranked ninth Oricon’s Weekly Top 10 Light Novel Series by Sales (May 31 – June 6) with over 6813 copies sold. The massive popularity of this novel and anime only concludes that it is really good and worth watching.

How Not To Summon A Demon Lord is indeed a great novel and anime to watch having a lot of fans waiting for the next season. The series has gained popularity in both Japan and overseas so it won’t have any problem getting season 3.