Gerard Butler Net Worth - The Real Leonidas Of Sparta 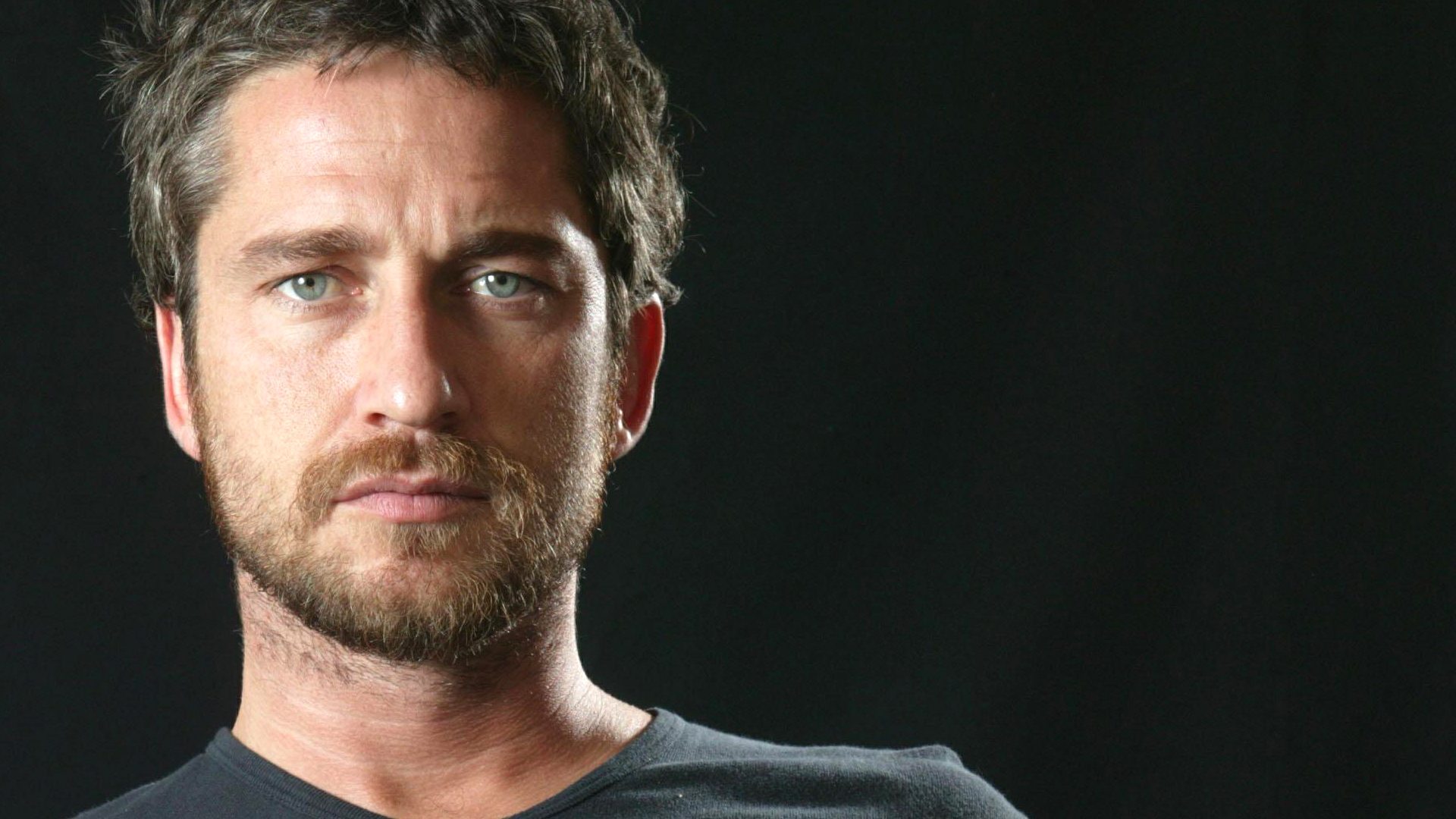 The Scottish actor Gerard Butler net worth is $40 million. Gerard originally majored in law, but he gradually drifted toward acting and grew to be one of Hollywood's most known faces.

He had a series of minor appearances during the 1990s, but in the early 2000s, he started to break out with movies like "Reign of Fire" and "Lara Croft: Tomb Raider - The Cradle of Life."

Butler had the potential for a great legal profession, but after being dismissed for binge drinking and skipping work as a result of late nights of partying, his choices were restricted.

He was never officially licensed to practice law since at that time he was still just a student lawyer.

Butler made a U-turn and relocated to London in an endeavor to achieve fame rather than returning to the practice of law.

He didn't necessarily want to become a successful actor; rather, his major objective, as revealed in subsequent interviews, was to gain notoriety in any way he could.

His attempt to pursue a legal profession as well as his acting career initially failed. However, Butler would succeed this time around.

He got in touch with a former Scotland Youth Theatre classmate who was now a casting director.

This provided him the contacts he needed to get his first theater role in "Coriolanus" by Shakespeare.

A "Trainspotting" stage adaption brought in further theater work. In the following years, he obtained parts in films including "Mrs. Brown," "Tomorrow Never Dies," and "Tale of the Mummy."

Butler made the decision to go to Los Angeles about this time. Although he secured parts in a number of more productions after moving to the United States, his biggest breakthrough performances came in the miniseries "Attila" and the movie "Dracula 2000."

Butler represented Celtic F.C., a football team he has supported since he was a youngster, in a charity game in 2011.

He played the role of a "has-been" player in Playing for Keeps the next year, representing Celtic in a Hollywood movie.

He acquired interest in the Jamaica Tallawahs cricket club, a member of the Limacol Caribbean Premier League, in August 2013.

Since 2010, he has contributed to Mary's Meals. He went to the Liberia program run by the international aid organization in 2014.

He went to a Friends of the Israel Defense Forces (FIDF) fundraising dinner in 2018 that brought about $60 million.

Butler's house in California was completely destroyed by the Woolsey Fire in November 2018.

In interviews, Butler has acknowledged that he no longer consumes alcohol. It was revealed in February 2012 that he has finished his rehabilitation program for drug usage of opioids.

He was worried that his dependency on prescription painkillers had grown following his surfing injury.

He gained notoriety today possibly most notably for his role as Spartan King Leonidas in the movie "300." The actor received several accolades and prizes for this performance.

After that, Gerard became well-known for his leading part in the movie "Olympus Has Fallen" and its sequels.

Butler also had a successful career as a producer and voice actor in addition to these achievements.

Based on a graphic book of the same name, 300 is a reenactment of true events from the Persian War.

It describes the conflict between the Spartan King and 300 of his devoted subjects and the Persian army led by King Xerxes who are attempting to capture Greece.

After witnessing the death of his family in front of him during a home invasion, Clyde Alexander Shelton, a family guy, transforms into a one-man vigilante army in the thriller.

He goes on a murdering spree until he is stopped by attorney Nick Rice, exposing the flawed legal system while also exacting retribution on the murderers.

Uri Omovich, a Russian businessman, enlists the aid of Lenny Cole, the head of the London gang, to pull off a multimillion dollar real estate swindle.

Stella, Omovich's dishonest accountant, discloses insider information, catching the attention of every swindler in the seedy London underground, who double crosses one another in the following turmoil in an attempt to become wealthy fast.

Christine, a teenage chorus singer, is mentored by the mysterious Phantom of the Opera, a musical prodigy with a cruel heart and a malformed visage who compels the opera company to place her in important parts.

He intends to kidnap and marry Christine, nevertheless, after he learns that she and Viscount Raoul, the theater's newest customer, are in love.

A teenage surfer named Jay Moriarty sets out to ride the Mavericks, one of the greatest tidal waves in the world, in the sports drama movie Chasing Mavericks. He enlists the aid of a legendary local surfer to assist him accomplish his objective.

Holly loses her desire to life when her husband Gerry passes away from a brain tumor, despite efforts by family and friends to cheer her up.

But beginning with her 30th birthday, Gerry starts sending her a string of messages that he had already prepared to lead her on a quest for rediscovery.

A gang of former MARSOC Marines commanded by newly paroled Ray Merrimen clashes with an elite LASD squad under the command of Nick O'Brien in the movie, Criminal Squad, after the latter pulls off a daring theft.

After giving them a pursuit, O'Brien is able to eventually murder Merrimen, only to discover that the real perpetrator is someone else.

It is based on the actual account of Sam Childers, a former gang rider who became a preacher. Sam sees the crimes carried out in Uganda by the paramilitary group Lord's Resistance Army, who kidnaps and orphans hundreds of children.

He makes the decision to join the military, rescue kids who have been abducted by the LRA, and create a secure orphanage.

A crew of US Navy Seals and an American submarine captain decide to launch an operation to rescue and release the Russian President after he is abducted by a renegade general.

When a North Korean guerrilla group attacks the White House, a US Secret Service agent who was kicked off the presidential detail after a failure battles to rescue the president. The first movie in the Fallen series is titled Olympus Has Fallen.

A well-known actor in the film business, Gerard Butler has been in a number of noteworthy films and television programs.

Butler is renowned for his action-packed performances and hard-core acting. He is pretty special since he is a highly versatile performer. His acting career has contributed $40 million to his riches, which is a respectable sum.

The 4,500 square foot residence has a jacuzzi and a pool. In 2020, Gerard was still unsuccessful in finding a buyer, despite raising the monthly rent to $17,500.

Butler offered the duplex for roughly $6 million in 2017 after undergoing extensive renovations to entirely change it.

The stylish room has a home theater, many chandeliers, and 11-foot mahogany doors. He still hasn't been able to locate a buyer as of 2020.

According to a story from 2019, Gerard spent $65,000 on the earliest stages of repair after Californian wildfires severely destroyed his property.

Butler acknowledged that half of the Malibu house had been damaged, calling it a "heartbreaking loss."

The home, which stands on 1.67 acres of land, cost him $6.45 million when he first purchased it. Butler was one of several famous people whose mansions were destroyed at this time.

In the How to Train Your Dragon film series, which brought in millions at the box office, he also provided the voice for one of the characters. His collection of cars is as impressive as he is on television.

Butler likes to cruise the streets in his stylish Mercedes convertible and have fun. The Mercedes-Benz SL63 is an extremely quick vehicle with a 0-60 mph acceleration time of about 4.2 seconds.

One of the most dazzling vehicles in the brand's range, the 2009 model attracted a lot of attention and saw strong sales.

The SL63 sports a powerful V8 engine that produces 525 horsepower and lets off some amazing exhaust notes when pushed to the limit.

Additionally, Gerard has a Tesla Model S in his collection. The Model S has the greatest driving range of all vehicles, amazing electric power, and a trendy and hip appearance.

It has two electric motors that together provide 765 horsepower and 713 lb-ft of torque. With an acceleration from 0 to 60 miles per hour in about 2.5 seconds, it is very quick.

Gerard has two Range Rovers in his collection, not just one. One of the most attractive vehicles that provides tremendous luxury and exceptional performance is the Range Rover Vogue.

The Vogue has a luxurious, roomy interior with superb ride quality and attractive, striking appearance.

One of the greatest full-size luxury SUVs that the German powerhouse had to offer before discontinuing the model was the Mercedes-Benz GL-Class.

One GL Class is in Gerard's collection. The vehicle has a sturdy study layout with enough for seven persons in three rows of comfy seats.

Despite being a full 7-seater SUV, it featured a roomy interior with every bit of luxury that the brand is known for.

Additionally, the GL Class's 429-hp V8 engine will make you forget that you are operating a full-size SUV with the Mercedes name.

Even though there are many vehicles that can compete with the Mercedes long sedan, consumers are still enamored with the top-of-the-line luxury vehicle they have to offer and are unable to switch to other manufacturers.

Gerard has an S-Class in his collection, which is the go-to vehicle for relaxing and enjoyable rides for celebrities.

The S-Class has a V8 engine within that can generate 470 horsepower and emit exhaust notes that may pierce your ears.

Gerard Butler has a $40 million net worth. One of the most popular actors in both Hollywood and Scotland is Gerard Butler.

In his career, he has been in a lot of films and television series, which has helped him become quite well-known.

What Kind Of Car Does Gerard Butler Drive?

Gerard Butler, the hero, drives an Alfa Romeo with two distinct wheel types. They are the same at both the beginning and the finish. The car's wheels change in the middle.

What Is Gerard Butler's Salary?

Gerard Butler makes $5.2 million year, according to Celeb Net Worth, and because the actor only signs one movie every year, he earns the same sum. The actor has a whopping $31.2 million in total net worth.

Although his singing and producing prowess and acting skill have been suppressed, Gerard Butler is a wonderful actor who is also a highly accomplished producer and singer.

Butler has produced some extremely good work to far, which has helped to solidify his global appeal. He is highly regarded and is always followed.

He has more than 3 million followers on Instagram, demonstrating his high level of social media activity.

We really appreciate his diligence and tenacity, which helped him achieve more achievement.