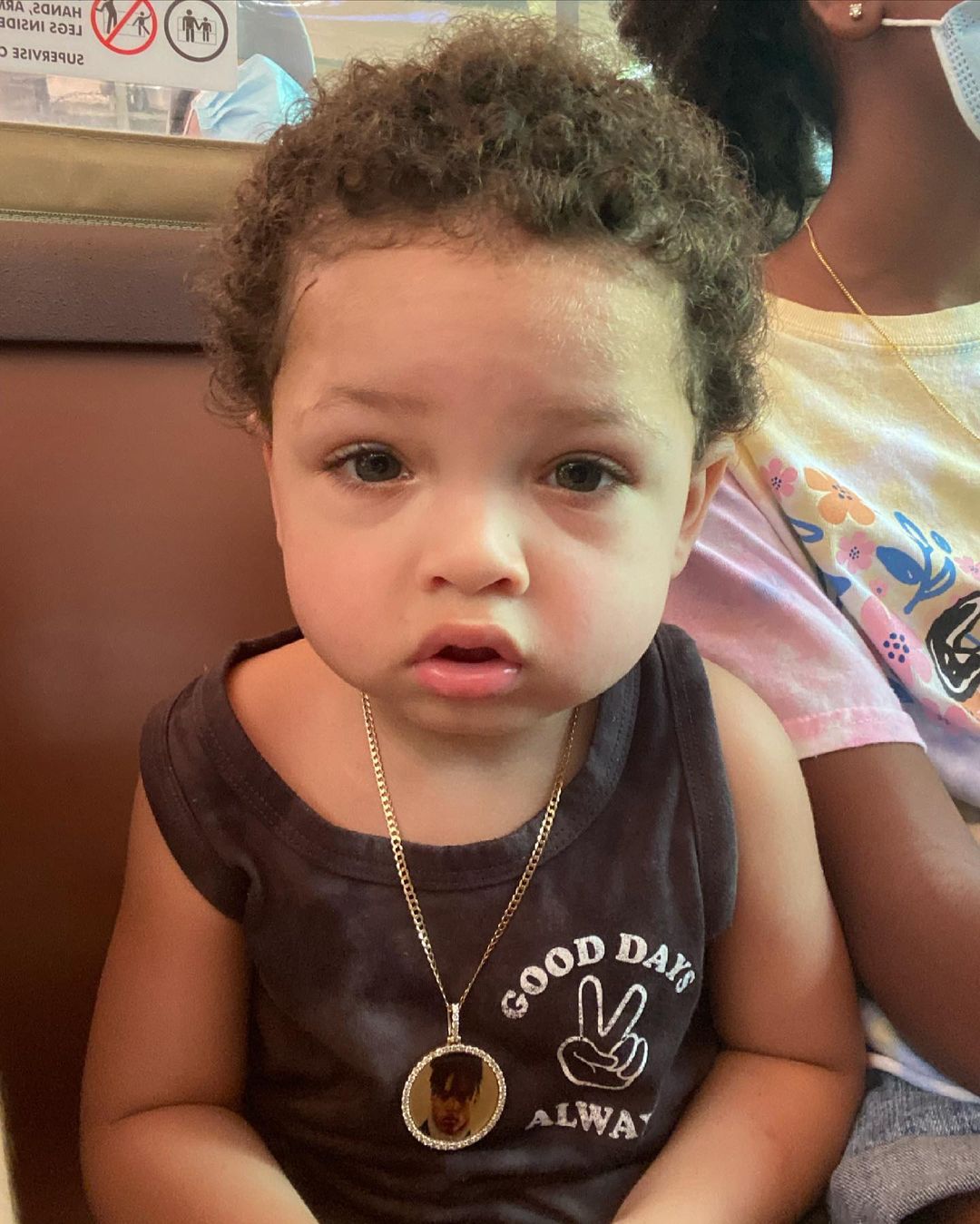 Fans of XXXTentacion (1998-2018) reminisce about the rapper’s short-lived career by still listening to his music and perhaps also check on his son, Gekyume Onfroy, via Instagram.

Theirs was a tragic father-and-son story: the parent got killed before he could even catch a glimpse of his child. It seemed the only consolation for XXXTentacion was that he knew he would be a father before he died and was able to give a name to his unborn child, reported BBC.

XXXTentacion’s only child, Gekyume Onfroy, continues to refresh the public’s memory of his late father.

Probably the most wonderful thing that happened this year to Gekyume Onfroy was when he turned two.

For his second birthday, his mother threw Gek – nickname courtesy of the mom – a Coco-themed party.

In her YouTube channel (Jenesis Giselle), Jenesis Sanchez said that her only child took a liking to “Coco,” Disney’s 2017 computer-animated family-fantasy film.

On April 20, 2021, Sanchez uploaded an 8-minute video on YouTube showing some of the highlights of Gekyume’s party.

Written in icing on one side of the round cake board of his colorful three-tier cake were the words, “Gekyume cumple 2!” They’re the same cut-out words pasted on the background drapes. In this context, the Spanish word “cumple” would translate to “turns” in English.

The cake sat at the center of a table filled with Coco-related articles. What stood out from all the stuff on the table were the two framed black-and-white photos of Gekyume’s deceased father, XXXTentacion, a victim of armed robbery. The bigger photo shows the young rapper, who died at 20, smiling widely.

Sanchez rented a huge bounce house for the kids, hired a DJ, and set up a mini bar. She leased what appeared to be a spacious barn/industrial warehouse as a party venue.

With the ongoing pandemic, Sanchez clarified through the video recording that all guests took a COVID-19 test prior to the party.

It seemed XXXTentacion’s 41-year-old mother Cleopatra Bernard gifted her grandchild a diamond-encrusted photo pendant hanging from a diamond necklace. In it, of course, is his father’s picture.

On January 31, 2021, Bernard (@cleo_ohsojazzy) posted on Instagram a picture of Gekyume wearing it, with the caption: “Daddy is with you always my love (insert black heart emoji).”

Jenesis Sanchez wrote a letter to XXXTentacion on their son’s second birthday.

She told him in the letter how much she adored Gekyume as well as Gek’s similarities to him, according to XXL.

Sanchez also wrote that she and XXXTentacion did “something right to create such a divine being.”

How Old Is Gekyume Right Now?

Born on January 26, 2019, Gekyume Onfroy is, as of this writing, two years and nine months old.

Gekyume Onfroy and his father XXXTentacion were born in the same month, with the senior Onfroy born on January 23, 1998.

XXXTentacion – born Jahseh Dwayne Ricardo Onfroy and referred to by friends as “X” – died on June 18, 2018. He was murdered: shot and robbed while inside his car parked somewhere in Deerfield Beach, Florida, reported The U.S. Sun.

Seven months after his death, his girlfriend Jenesis Giselle Sanchez gave birth to their only child.

By the time family, friends, colleagues, and fans celebrate the 20th death anniversary of XXXTentacion on June 18, 2038, Gekyume Onfroy would have already entered young adulthood.

What Is The Meaning Of Gekyume?

People who will encounter “Gekyume” might wonder what sort of a word it is.

They might not also immediately regard it as a person’s given name.

Even if they do, it might still be difficult to tell right away whether “Gekyume” is a masculine or a feminine name.

More so, one might not even pronounce it correctly for the first time!

A family statement, released after the child’s birth, stated that it was XXXTentacion’s “wish” to name “his first-born son” Gekyume, according to BBC.

Pronounced as “GEK-yoom,” the unique name, “means ‘different state’ or ‘next’ universe of thought,” said Jenesis Sanchez during her interview with TV station WPLG Local 10.

Despite not meeting his father, Gekyume Onfroy uttered “Papa” when he saw pictures of XXXTentacion, based from an Instagram story shared by his grandmother Cleopatra on January 5, 2021.

If the 23-year-old Sanchez finds new love and marries in the future, Gek may grow up having a stepdad.

But, of course, XXXTentacion, the biological father of Gekyume Onfroy, will be irreplaceable.