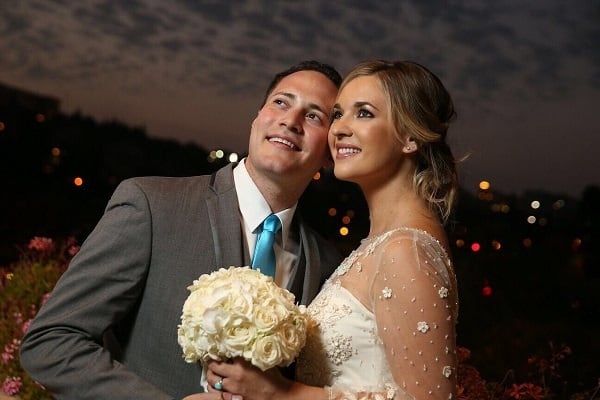 Gavy Friedson, the International Emergency Management acting Director and United Hatzalah of Israel Global Ambassador, a Jerusalem-based medicinal services organization. He is well known for being the partner of Katie Pavlich, a well-known media personality.

Mr. Friedson is one of the most influential and keynote speakers in the United States, and he was effective in guiding United Hatzalah's response to Hurricanes Harvey and Irma. Gavy was one of the first people to arrive in the Florida Keys, even before FEMA and the Red cross.

In this article, we will come to know about personal and professional life and many more interesting insights into Friedson's life. So, Let's start.

Shifted To Israel At 10 Years Age Along With The Parents

Gavy was born in Florida on 30 December 1988. When Gavy was ten years old, his family emigrated from America to Israel. He completed his Communication & Media Studies bachelor's degree at IDC Herzliya School. He also holds a master's qualification in public health from Tel Aviv University, with a focus on emergency & disaster management. Also, Gavy has a brother named Jonathan Friedson, who was studying at Boca Raton Community and later went to Hadassah college for higher studies.

There is no proper information in the media about his parents, siblings or early life. When Gavy was ten years old, he made "Aliyah" with his family.

He and his wife Katie currently live in Washington, DC, United States.

When Gavy Friedson was 17 years old, he began volunteering for United Hatzalah EMT. He was presented with the organization's first ambucycles. Gavy was so dedicated to his job that he was always the first on the medical emergency scene to save a life. In July 2005, he got a job as a firefighter at a Jerusalem Fire Department and became a most important part of that organization.

Gavy Friedson was often dropped off at school by an ambulance or a fire truck when he was a child. That might have been the point at which he became interested in saving lives and wanted to volunteer.

He also served as a volunteer police officer at the Israel police department for 17 months and also served for the Israel Défense Forces. In July 2016, he was named as the Deputy Director of International Operations for over four years.

Besides this, in his volunteering works, he saved many people's lives in various terrorist attacks in Jerusalem, including the 2008 terrorist attack, and it is true that he has volunteered for every lifesaving organization in Israel.

Pavlich and Friedson dated each other for several years, and then they got married on 5th July 2017 in a private wedding ceremony attended by only their friends and family members. The couple does not yet have children, but their love for one another is true, which is reflected in several pictures they post on Instagram and other social media platforms; this shows that they are quite open to their marriage.

Earlier, he was involved in a love story with a girl when he was volunteering at the Israel police department in which the girl was a police officer and began relationships with Friedson. He often shared various pictures of them on social media, but the name of his former girlfriend remains stuck behind closed doors.

Gavy Friedson earns a good living, but he prefers to live an easy and humble life. Gavy's net worth is yet unknown; it is estimated up to 500000 USD. It is clear that he receives more than the average ambassador and director of the organization. Also, it is estimated that his wife Katie's net worth is 1.5 million USD.

Friedman's wife, Pavlich, is also a successful media personality. In 2010, she graduated from Arizona University with a Broadcast Journalism bachelor's degree. She's done a fantastic job in developing the standard of the media and communication sector.

She joined the Fox News channel as the co-host in 2013. She also served as a Washington Fellow for "National Fellow," where she had the opportunity to cover a variety of news stories, including the presidential election of 2012, US Border Issues, and several others.

For her heartiest efforts, she has been recognized with various nominations and awards. In 2014, the Booce Policy Institute named her Woman of the Year and awarded her Conservative Leadership Award. She also received the Conservative Political Action Conference's Blogger of the Year award in 2013.

Since the age of fifteen, Mr. Friedson has been rescuing people. He has distinguished himself by responding to over 9000 emergency calls, ranging from acute medical situations to mass casualty incidents to visiting senior citizens and Holocaust survivors.

He has been a great inspiration for the people of the United States and Israel, and people should learn from his work and serve society as much as they can.

What Is The Net Worth Of Gavy Friedson?

Who Is The Wife Of Gavy Friedson?

Gavy Friedson got married to Katie Pavlich in the year 2017. The couple has been happily married for the past four years.

What Is The Age Of Gavy Friedson?