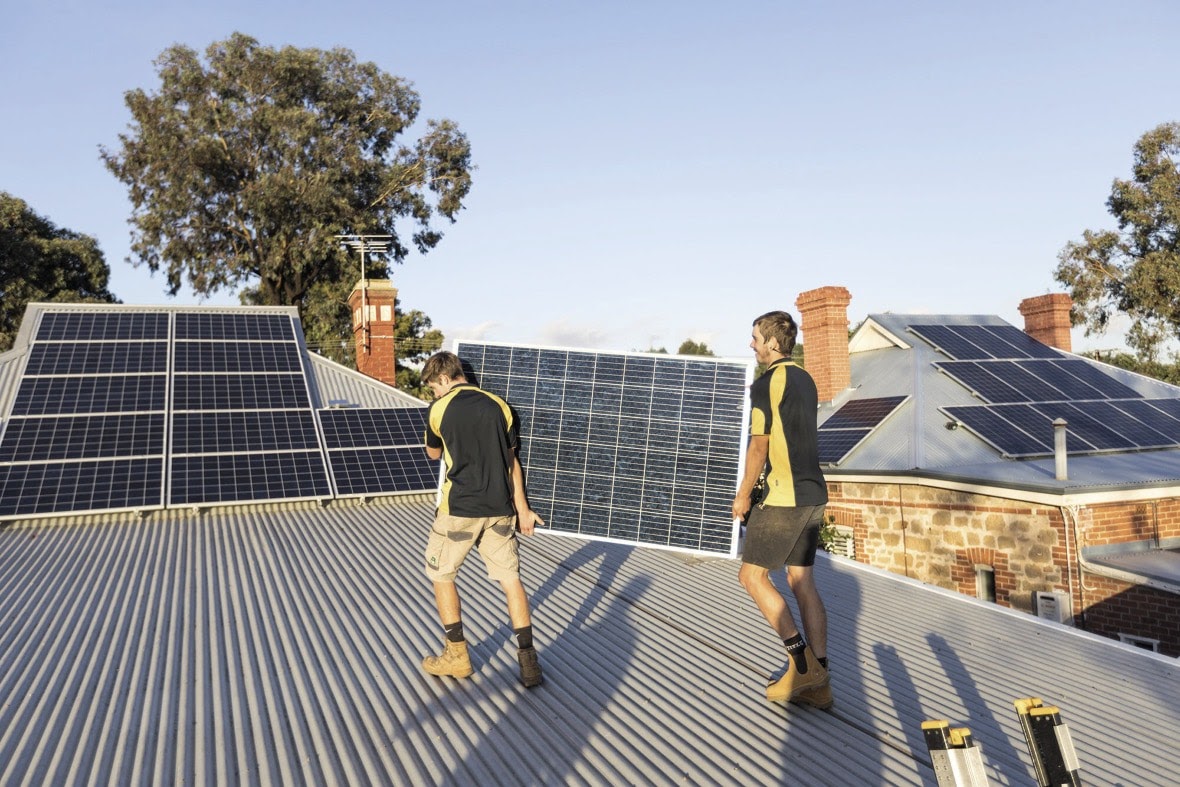 The past few years have seen Australia take giant strides in the race towards a carbon-free future. The country's renewable energy generation has increased by 60% in just five years, and it now generates more electricity from solar than any other nation on earth

Solar-generated power is not the only thing that is going to get us over the line, but it does tell a lot about who is getting with the program and who is falling behind.

Australia has just cracked the 30% barrier with almost 1/3 of all Aussie households with rooftop solar installed. But what's their secret? Well, it's the perfect mix of a Carbon credit trading program, government rebates on solar installation (paid for by the carbon credits) and feed-in tariffs negating the need for a solar battery.

So How Are They Beating The USA In Uptake?

The United States has a tiny 2% of households with solar panels. The average cost of a 5kW solar system in the USA is $12,700. Cost for the same size system in Australia? Just $3,422!

How Is That Possible?

Feed-in tariffs in Australia have reduced the cost of going solar by half by negating the need for a battery.

Because all solar power is produced through the day, but most households consume 70% of their power at night, you need somewhere to store the power generated by your system for future use. A battery is a logical choice, but it will cost you about $5,500 for a 14kw Tesla Powerwall 2. This will cover your power needs with a 5kW system, but any larger and you’ll need two.

Instead of a battery, Australians feed the excess power generated by their solar system throughout the day into the power grid. Power companies give them a credit for that power and allow them to draw it back at night, essentially using the grid as a virtual battery.

This is a game-changer as it reduces the cost of going solar by half and bolsters uptake.

Although the USA has rebates on solar in some states, the way Australia funds the rebates is the magic sauce.

The rebates are distributed through credits or certificates called Small-scale Technology Credits or STC’s. 1 STC is worth $39.25 AUD at the time of writing this article. For a 5kW system, the government will award you 76 STC which is a rebate of $2,983 AUD.

The kicker is, these STC’s are paid for by the countries biggest polluters who are mandated to offset their carbon output by buying STC certificates.

What’s It Going To Take?

The USA could learn a thing or two from Australia. At the moment there is no uniform way of funding solar rebates in the USA and that’s holding back uptake. Mandating utility companies to pay healthy feed-in tariffs to customers for their power would be a cheap way to get the ball rolling.

The next would be to put a price on carbon. The way they have done this in Australia is to link the price of carbon credits to $50 AUD per metric tonne. The current cost in the USA is $14/tonne so you can see where the savings would come from.

But implementing something similar through the transition is going to have a huge impact on the uptake of solar.

Green loans is another brilliant way to make a solar system net positive from day one. The average savings on power for a household is $2,000 AUD per year. By installing a solar system, it essentially pays for itself in 3 - 4 years giving the customer 15 years to enjoy an annual billy of around $200. That's a 90% saving YoY.

Unfortunately, because a solar system in the USA requires a battery the payback period is generally the life of the system, so the incentive for savings just isn't there.

We can see a slow shift into electric cars because there are real savings to be had. The cost of gas is climbing of late so making some logical changes to well-executed mandates would be the way to being a new boom in the USA.

Our Next Steps Are Important

Even if you somehow disagree with why the climate is changing, it doesn't take a genius to see we are acidifying our oceans, and filling our breathable are with toxic gasses from burning carbon-based elements that have been trapped in the earth for millions of years.

Working towards a carbon-free future is not only smart, but it's the most supported option in modern politics and economics.

So instead of arguing whether climate change is real or if burning fossil fuels has any impact on weather patterns, let's focus on turning Australia's success into reality by changing government policies.