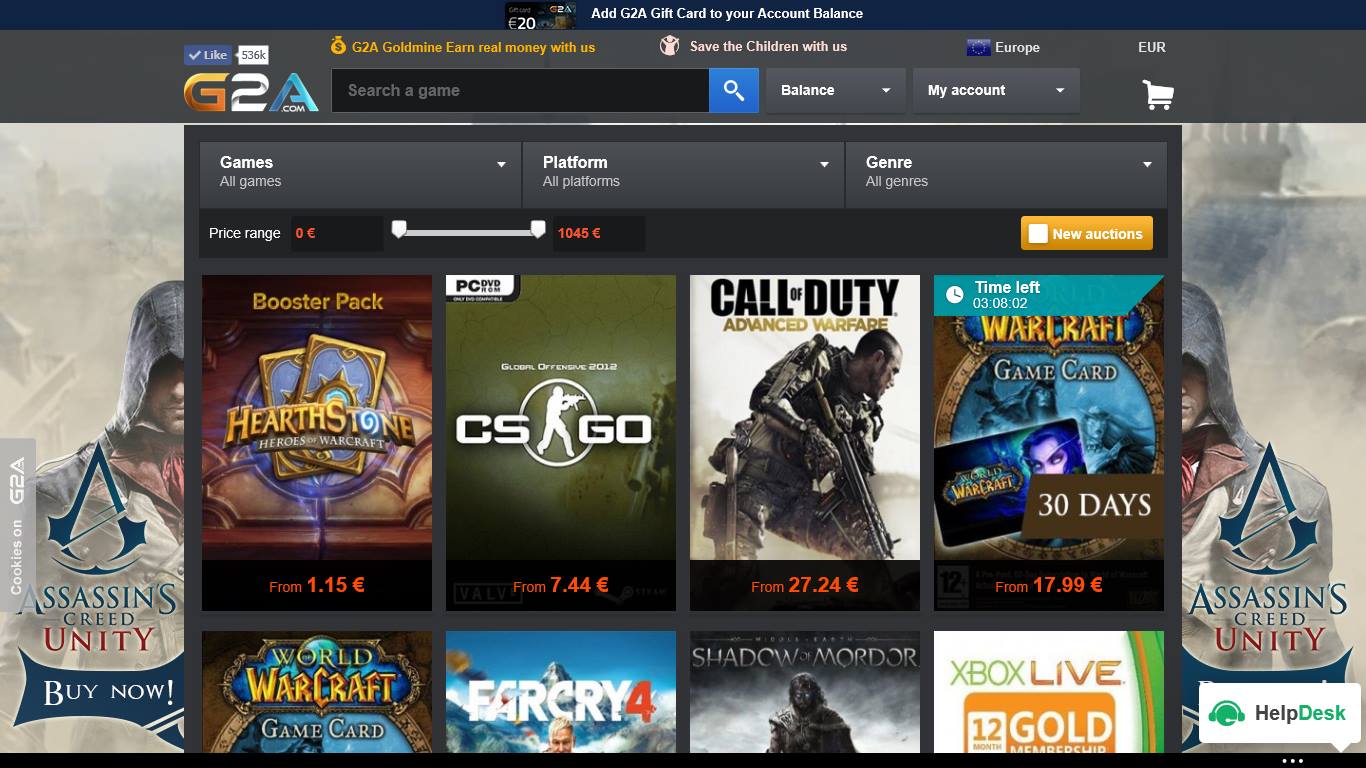 It is possible to purchase different activation keys/licenses for video games, skins, DLCs, and other software on G2A's online marketplace. The majority of people use it to get cheap steam keys.

The low cost of video games is one of the factors contributing to their widespread use. A platform for CD-key distributors to sell their keys, as well as a place for customers to purchase them, is provided by G2A. To put it another way, G2A does not sell the keys directly. G2A has about 19 million subscribers globally, according to the company's statistics.

Is G2a A Safe And Legit Site For Game Codes?

However, although it is a legal site, its security is on par with that of eBay, since the typical buyer's experience is mainly dependent on the third-party seller. G2A has received over 280,000 ratings on Trust Pilot, with an average rating of 3.6 out of five stars.

Eighty percent of all the reviews are outstanding, with just eight percent falling below the poor rating threshold. So, despite the fact that it has one of the lowest overall ratings among the main websites, it is still a more than respectable rating. On the positive side, the business responds to the overwhelming majority of the negative evaluations that are received.

If there are any problems with the transaction, it is simple to seek a refund straight from the vendor. The customer support department will help you in the event that a fraudulent seller has been identified.

Another method to protect yourself is to make your purchases via PayPal, which offers a buyer protection option that will reimburse your money if you are the victim of fraud.

Purchasing a broad variety of goods through G2A is legal and usually safe, but it is the buyer's responsibility to safeguard themselves owing to the lack of a screening procedure involving third-party sellers.

An employee of G2A, a digital game key shop that has previously come under criticism from developers, tried to pay gaming news websites in exchange for favorable coverage of the company.

Several gaming journalists and websites have claimed that an employee at G2A, an online marketplace for digital game keys, has offered to pay them for positive publicity, as long as the journalists do not reveal that the material was paid for.

In the United States, the Federal Trade Commission (FTC) requires journalists to explicitly declare whether they are being paid in any manner for publishing material. Game key markets like G2A may be contentious in the gaming and game production communities, and it's no surprise. Gamers may buy, sell, and exchange keys that are used to unlock and download digital versions of games on these websites.

Sites such as G2A claim to offer a necessary service by enabling gamers to purchase and sell old digital games in the same way they would at a physical shop such as GameStop.

Several developers, particularly independent developers, have complained that the keys available on these sites are often stolen or forged and that even when the keys are genuine, they cause the development team to lose money.

Mike Rose, the creator of indie publisher No More Robots, has launched a petition urging G2A to delist independent titles, and he has even encouraged players to pirate his games rather than purchasing them from G2A directly. But it doesn't end here, as a G2A employee made it even worse by trying to pay the press for favourable coverage, which got out on the internet. ... Thanks to Thomas Faust publicly posting snaps of the email he received.

What Is G2a, And Is It Safe To Buy From?

The online business provides discounted games, hardware, and code purchases. But why are they so inexpensive to begin with? Is it something you can put your faith in? Whether you choose to play video games on a console, a PC, or a smartphone, video game playing may be a prohibitively costly pastime.

Both the video games themselves, as well as the equipment required to play them, are significant financial expenditures. These prices incentivize players to save money whenever they have the opportunity.

Should You Buy Games on G2A?

Why Is G2a So Cheap?

Sellers that rely on lawfully acquired codes are more likely to get them during large-scale transactions. If they see that a popular game is having a two-day Steam sale with a 50% discount, they will buy in bulk and resell each copy at a slightly higher price (which is still lower than the RRP).

Customers save money by purchasing the game for less than the market value, while sellers earn handsomely when they sell large quantities of a game. As a result of this approach, game creators get much less compensation for their work. Even while big corporations have a lot of money, tiny independent developers may truly benefit from the assistance.

In addition, places outside of the United States and Canada have advantages over their domestic counterparts. There is no consistency in the pricing of steam across different nations. They fluctuate depending on the exchange rate and the level of local income. As a result, nations with lower average incomes have lower steam prices, which reflects more fair pricing for the product.

These international vendors are able to acquire the codes at a much cheaper cost on average than their domestic counterparts. Incorporating a sale into the mix enables them to offer codes at rock-bottom rates while still making a profit. Many sellers on G2A Marketplace are wholesalers who purchase game keys straight from the developers and publishers in bulk.

Are There Risks To Use G2a?

There are certain dangers associated with utilizing G2A, just as there are when dealing with any internet vendor. For starters, you are not always provided with a functional code. You can generally rely on well-reviewed vendors to honor their promises and provide refunds, but you still run the risk of receiving a code that is no longer valid. You also face the danger of utilizing a stolen code, which may result in your account being compromised on more stringent sites.

In fact, most businesses, including Nintendo, are sympathetic to your plight and will work with you to restore your accounts to normal operation. While it is still a nuisance, it is one that you would like to avoid, particularly if a malicious code steals your financial information. There are also certain legalities to be aware of that you should keep an eye out for.

It's possible that you won't be able to utilize the code because of certain requirements or terms. In the event that you purchase the incorrect one because you misunderstood anything, you are out of luck. G2A is under no obligation to refund your money, and you are at the discretion of the seller, who is often unforgiving when it comes to errors. 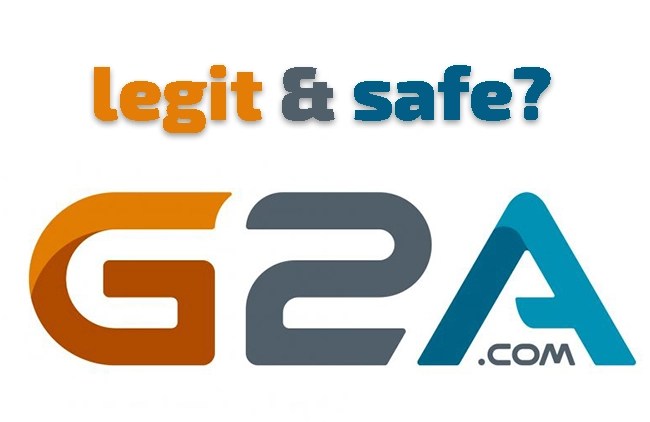 Fraud on G2A is possible. Sellers, as mentioned earlier, can sell broken keys. There is no guarantee that the developer won't pull the code purchased or that it will work at all. Moreover, fake game codes could hold viruses or malicious software that can infect a PC.

Scammers will find it more difficult to offer dodgy game codes if they use G2A. G2A is still adamant about demonstrating that it can stand out for creators who are concerned about unscrupulous game key dealers.

A new verification procedure has been implemented on the online marketplace, which should make it more difficult to commit fraud. Before they can even get their foot in the door, new vendors will be required to give a genuine phone number as well as a social networking account.

Additionally, they will only be able to sell a total of ten items before being required to provide additional evidence. G2A goes on to say that this is just the beginning, and that "additional steps" are being developed to verify addresses, credit cards, and PayPal accounts.

In addition to avoiding some of the methods that have harmed creators in the past, the new screening procedures may also help prevent fraudsters from purchasing game keys with stolen credit cards and reselling them at low rates. A major issue is raised in this case, however: why weren't these anti-fraud procedures in place earlier?

Conclusion: Should You Buy Codes On G2a

G2A seems to be a genuine supplier for low-cost game code purchases. We regret to inform you that there is no assurance that these codes will continue to function in the future. If the code does not function properly, you will be unable to file a complaint with Uplay, Steam, or Sony.

In order to get reimbursed for your loss, you must depend on the support staff at G2A, which is not always simple. There have been many complaints of customers having difficulties attempting to get their money back after buying coupons that did not function properly.

While you can discover amazing discounts on G2A, it may not be worth the trouble to go through the process. In addition to the platforms that sell the actual codes, there are many more legal sites to purchase game keys.

If you keep track of the current deals for Steam, Sony, Microsoft, and Uplay, you can often get significant discounts at different points throughout the year, which is the safest method of obtaining activation keys for your favorite games and apps.