Officials in Ukraine said that a Russian missile strike on an apartment building in Kyiv on Sunday affected some people including a child. That's why the G-7 stands with Kyiv against Russia.

The attack, which Mayor Vitali Klitschko called a "symbolic aggression" happened while the Group of Seven leaders (G-7) were meeting in Germany to talk about the war.

According to the mayor of the city, Vitali Klitschko, one person died and four people, including a seven-year-old girl, were taken to the hospital after the early morning strikes. 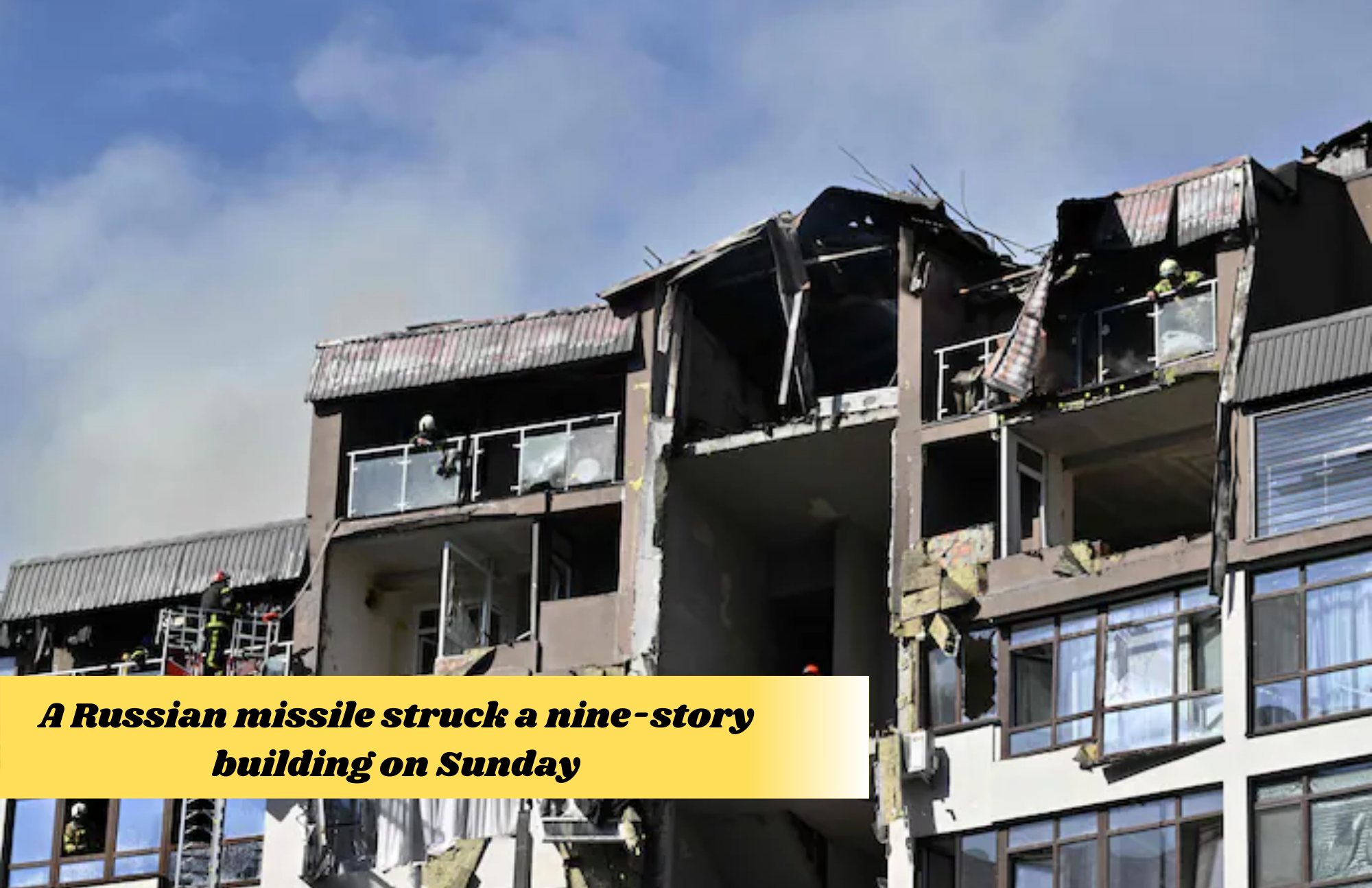 A nine story building strucked by a russian missile

Ukrainian officials say that one of the many missiles fired at Kyiv early Sunday morning hit a nine-story apartment building.

Ukrainian media say that another Russian missile hit the playground of a nearby kindergarten, which was empty at the time of the missile attack.

The Focal Point Of The Aggression Of Russia

Russia stopped paying its foreign-currency sovereign debt for the first time since 1918.

This was the result of the West putting more and more pressure on Russia through sanctions that made it impossible for Russia to pay its foreign creditors.

A draft statement says that when the G-7 meet in Bavaria, they will promise to help Ukraine defend itself against Russia's invasion "for as long as it takes."

In early trading on Monday, gold went up because major countries announced plans to stop buying gold from Russia because of the Group of Seven leaders' meeting.

They came after bombings in the north and west of Ukraine on Saturday, including missiles fired from Belarusian airspace.

I woke up at the first explosion, went to the balcony and saw missiles falling and heard a huge explosion, everything vibrated.

In Kyiv, the upper floors of a nine-story apartment building were torn apart.

Thankfully, the 7-year-old girl that was affected during the explosion was later said to be stable.

Her Russian-born mother was also found under the collapsed buildings.

Russia's Defense Ministry said that high-precision weapons had hit Ukrainian army training centers and that civilian targets had not been hit.

Vitaly Klitschko said that the attacks were meant to scare Ukraine before the G7 summit.

After weeks of fighting that destroyed much of the industrial city Severodonetsk in eastern Ukraine, Russia has taken control of it.

People think that Ukrainian troops have moved to the nearby city of Lysychansk, which is on higher ground across the river Siversky Donets.

The Exchange Punishment Between Russian Government And G-7 Leaders

Prime Minister Fumio Kishida told the other G-7 leaders that he planned to put more punishments on Moscow, including a ban on buying gold from Russia.

A government spokesman in Munich told reporters that Japan will also ban services like accounting and freeze the assets of another 70 people.

The UK government said in a statement:

This measure will have global reach, shutting the commodity out of formal international markets.

However, analysts played down the potential impact because the London Bullion Market Association, which sets standards for that market, removed Russian gold refiners from its accredited list in March.

As of 6:20 in the morning, Monday in London, the spot price of gold had gone up 0.5% to $1,835.99 an ounce. Since the west put punishments against Russia, shipments between Russia and London have dropped to almost nothing.

As a response to the war in Ukraine, Russia is cutting off natural gas supplies to the European Union. This is putting the EU's unity to the test.

As a result of the EU's punishments against Russia, there are more problems with gas supplies. This is making member countries hurry up their winter preparations as they try to fill up their empty storage tanks.

Diplomats say that EU energy ministers will talk about risk preparedness at a meeting on Monday in Luxembourg.

The Joinforce Of Ukraine And G-7

In a statement, Boris Johnson's office said that he will ask the G-7 to focus on letting Ukraine export food when they meet on Monday.

He will ask other leaders to look into the use of grain for biofuel, which he says reduces the amount of grain available for human consumption and makes it more expensive.

According to the statement, the UK will spend £1.5 million on a process to test whether grain sold by Russia was illegally taken from Ukraine.

Johnson will also ask other G-7 countries to join the effort.