Functions Of Money- How A Store Of Value Works 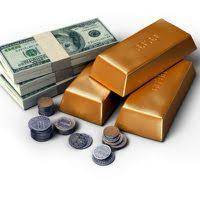 The capacity of a thing to keep its worth over time relates to its ability to enable its owner to store wealth, which is money's secondary role as a store of value.

A product must be resistant to rot, rust, and other forms of degradation in order to remain valuable over time. One thing is for certain: those people with unrealistic expectations about the ability to keep their riches in fish, apples, or oranges learned their lesson the hard way. Physical integrity is a prerequisite for long-term salability, but it isn't adequate in and of itself, since a good's value might plummet even if its physical condition stays unaltered.

A good's worth is maintained if the supply of the product doesn't substantially grow during the time that the holder possesses it. To sustain their value, all types of money have had some system in place to limit the manufacturing of new units, which is a common feature. A currency's hardness is determined by how difficult it is to expand the supply of new monetary units. Let's talk more about the functions of money.

Understanding Two Distinct Quantities Related To The Supply Of A Product

In order to grasp the concept of money's hardness, we must first grasp two distinct quantities related to a good's supply:

(1) the stock, which represents the current supply of the good, less any consumption or destruction that has already taken place, and

(2) the flow, which represents the additional products that will take place in the next time period.

Hardness as money may be measured by looking at the stock-to-flow ratio and determining how well it fits the bill as money. Low stock-to-flow ratios indicate goods that may be significantly boosted in supply by consumers storing value in them.

It is unlikely that such a good would retain its value if it were used as a store of value. If a good's stock-to-flow ratio is greater, it has a better chance of holding its value and so being more marketable over time. This means that the demand for a hard currency, with a high stock to flow ratio (S/F ratio), is likely to grow, resulting in a rise in its price, which would encourage its manufacturers to create more of it, thereby increasing its worth. Nevertheless, even if the flow of new output were to grow dramatically, it would have little effect on the price.

A low stock-to-flow ratio would make it straightforward for manufacturers of this item to produce huge amounts of it, depressing its price, lowering its value, and expropriating savers' capital. This would also ruin its long-term marketability.

Corollary to this trap: Any effective usage of money will have some kind of natural or artificial mechanism in place to prevent new goods from being brought into the market, ensuring their value over time.

Because of this, anything that is supposed to serve as money needs to be expensive to create; otherwise, the desire to earn money quickly would devastate the savings of the savers and eliminate the motivation for anybody to save money in this manner. 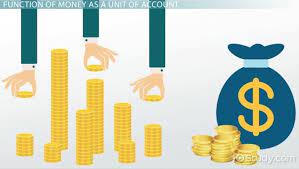 Societies that had been using seashells as currency have moved to metal or paper as a result of modern technology, and when a government raises the quantity of its currency, its people migrate to gold or other more secure monetary assets.

Even in the emerging world, the twentieth century was rife with sad instances of this kind. When it comes to currencies that have endured, it's because they had well-established controls on how much money could be printed. The impacts of technology on the various rivals' varying stock-to-flow ratios predict the competition's results at all times.

Even if individuals are free to use whatever items they want as a medium of exchange, the truth is that those who use hard money will gain the most, as they will lose relatively little value over time owing to the minimal new supply of their currency.

Those who choose for easy money risk losing their money since the supply of such money increases rapidly, lowering its market value. The bulk of money and wealth will be concentrated in the hands of those who chose the hardest and most salable forms of money, whether via forward-looking logical calculation or the harsh lessons of reality. However, the hardness and value of commodities is not a constant across time.