Top 8 Fastest Boxers Of All Time You Must Know! 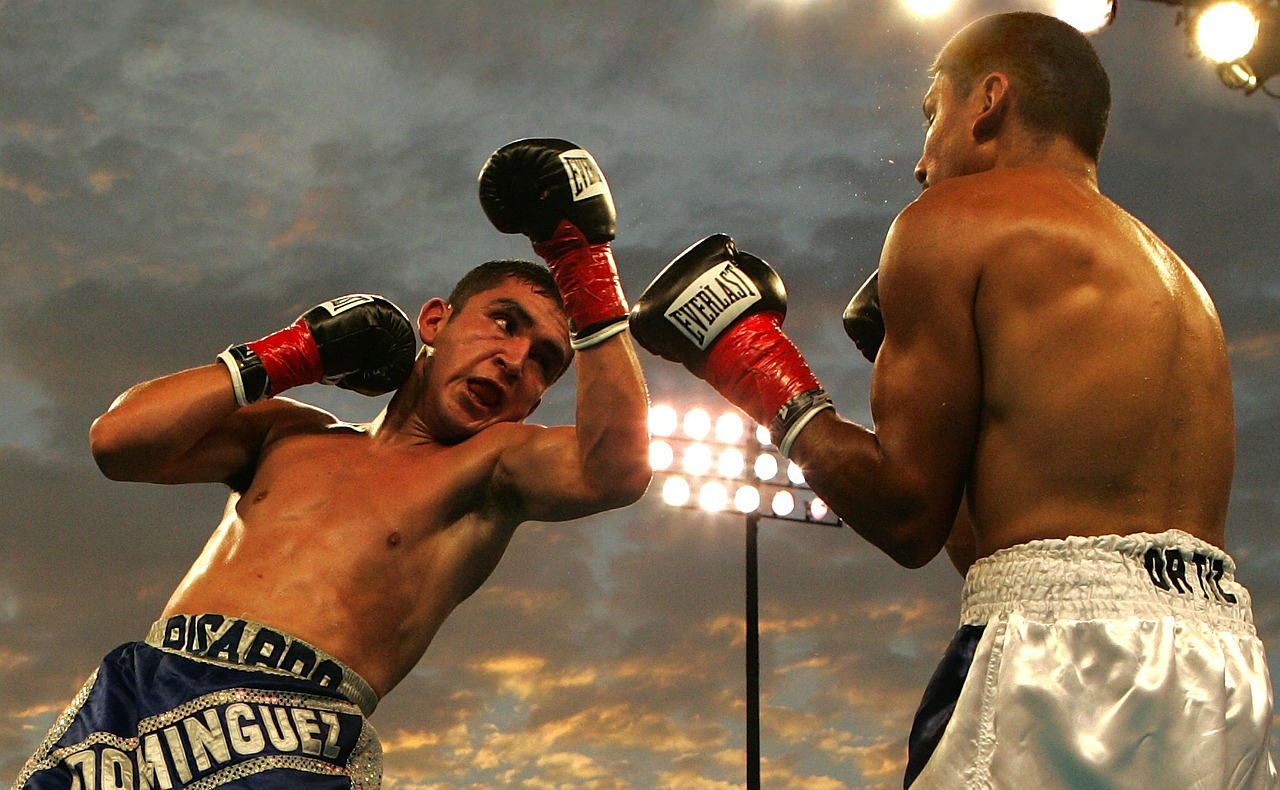 Boxing may appear to a layman as a violent sport with two competitors slapping one another. But when you examine the sport more closely, you see that it calls for a lot of talent, strength, accuracy, and speed. In this article, you will find all about the fastest boxers of all time.

Some boxers are swift enough to do greater harm in the ring while simultaneously defending themselves. There's no denying that certain boxers have incredibly fast hands. A boxer with quick hands has a good chance of becoming well-known in this sport.

Even though it would be challenging to choose just one fighter as the quickest of all time, we can look at the top contenders.

Emmanuel Dapidran Pacquiao, better known by his ring name Manny Pacquiao, is a professional boxer, media personality, and politician who rose to fame for having won more boxing championships than any other fighter in history.

Pacquiao was renowned for having exceptional technical ability. He was both swift and talented. For his stature and speed, the "PacMan" also had a lot of punching strength.

The World Boxing Association (WBA) and IBF featherweight belts, the WBC and The Ring's junior lightweight crowns, the WBC lightweight title, and numerous more prestigious contests were won by Pacquiao over the course of a few years. In 2006 and 2008, he was named Fighter of the Year by The Ring and the Boxing Writers Association of America.

Pacquiao defeated Oscar De La Hoya in a well-publicized non-title welterweight fight on December 6, 2008, in Las Vegas. Furthermore, Pacquiao had been a famous pay-per-view (PPV) boxing draw since 2002, but his breakout as a worldwide sensation came during the fight with De La Hoya. One of the highest PPV earnings ever for a non-heavyweight fight, the fight sold almost 1.25 million buys and brought in about $70 million.

According to many observers, Pacquiao is the quickest left-handed boxer in boxing history. He is one of the best boxers of all time because of his quickness.

Sugar Ray Leonard was a tremendously brilliant boxer who had it all—speed, power, elegance, heart—and is regarded as one of the greatest pound-for-pound competitors in boxing history.

When Leonard won the gold medal in the 1976 Olympics, he first captured the hearts of admirers all across the world. He eventually went to influence boxing's development in the 1980s and 1990s.

Leonard, who was influenced by Muhammad Ali and Sugar Ray Robinson, has unmatched flair, hand speed, and footwork. He possessed the strength and exceptional finishing sense to match his pace. The greatest boxing stars of his day, including Wilfred Benitez, Roberto Duran, Thomas Hearns, and Marvelous Marvin Hagler, have all been defeated by Leonard, who is the only one to have done this so.

He became the first boxer to achieve five world championship victories. In addition, Leonard is the president of the Sugar Ray Leonard Foundation, which supports groundbreaking studies on pediatric diabetes and works to instill good behaviors in young children.

Muhammad Ali was an American professional boxer, activist, entertainer, poet, and philanthropist. He was born on January 17, 1942, and he passed away on June 3, 2016. He is commonly considered the finest heavyweight boxer and greatest athlete of the 20th century. Nicknamed The Greatest, he is regarded as one of the century's most prominent and renowned athletic personalities.

Muhammad Ali began boxing at the age of 12 under the instruction of Louisville policeman Joe Martin. At the 1960 Olympic Games in Rome, he won the gold medal in the 175-pound class after rising through the amateur ranks.

He then started a professional career under the direction of the Louisville Sponsoring Group, an organization made up of 11 affluent white men. Ali was the first boxer to successfully defend his heavyweight championship 19 times while also winning it three times in a row.

He adopted the name Muhammad Ali on March 6, 1964, when he accepted Islam. Ali dominated boxing for the following three years in a way that no other boxer had ever done. He won the rematch against Liston on May 25, 1965, by first-round knockout. After that, victories were achieved over Floyd Patterson, George Chuvalo, Henry Cooper, Brian London, and Karl Mildenberger.

Ali will go down in boxing history as one of the all-time greats. Others have equaled his ultimate record of 56 wins, five defeats, and 37 knockouts, but the caliber of his opponents and the way he dominated during his peak put him on a par with boxing's greats.

Walker Smith, Jr., better known by his ring name Sugar Ray Robinson, was a six-time world champion American professional boxer. He was born on May 3, 1921, in Detroit, Michigan.

He competed initially under his own name and later as Ray Robinson, using the amateur credentials of another boxer with the same name to qualify for a match. He won 89 amateur contests without suffering a loss. In 1939 and 1940, he won Golden Gloves championships in the featherweight and lightweight divisions.

Prior to dropping one of his six fights with Jake LaMotta, Robinson had won 40 straight professional contests. He defeated Tommy Bell in a 15-round decision to claim the welterweight championship on December 20, 1946.

When Robinson was 45 years old, he was still fighting. He recorded 109 knockouts in his 201 professional matches. He only lost 19 times, the majority of them after turning 40. He became a hero to boxing fans all around the world thanks to his exceptional talent and impressive personality.

Another lightning-fast boxing legend is Pernell Whittaker. Even the top welterweight fighters were unable to defeat the late Pernell Whitaker.

The former world champion and Olympic gold medallist has swift hands. Since the middle of the 1980s, Whittaker has demonstrated his exceptional boxing skills, and he will likely dominate the championship picture in four categories.

He had an 87 percent victory percentage and was incredibly difficult for his opponents to tag. Whittaker wasn't the tallest fighter in the ring, but he made the most of his short height.

Pernell Whittaker was one of the quickest boxers of all time and, like Manny Pacquiao, fought left-handed.

At the 1988 Olympic Games in Seoul, South Korea, he competed on behalf of the United States and earned a silver medal in the light-middleweight class when Park Si-Hun defeated him in a highly disputed decision. Jones Jr. had a fantastic boxing childhood and finished his amateur career 121–13.

Additionally, he was the winner of the US National Junior Olympics in 1984 as well as the US National Golden Gloves in 1986 and 1987. Jones Jr. fought 75 times professionally, winning 66 and losing 9. He is the first boxer in history to begin at light middleweight and eventually win a heavyweight championship.

Roy Jones Jr. was slick, quick, and accomplished feats never previously seen in the sport of boxing, like many other boxers on this list.

Floyd Mayweather, Jr., often known by the names Money and Pretty Boy, is an American boxer who was one of the greatest pound-for-pound fighters of all time. He was born on February 24, 1977, in Grand Rapids, Michigan.

The reality is that Mayweather has always been in a boxing environment. Floyd Jr. would carry on the boxing tradition started by his father Floyd Sr. and uncles Roger and Jeff when he was born into a boxing family.

In his 21-year professional career, Floyd Mayweather Jr. won world championships in five different weight classes (super featherweight, lightweight, super lightweight, welterweight, and super welterweight). Only five boxers in history have done it, and he is one of them.

From 1996 through 2017, Joy Mayweather Jr. went unbeaten with 50 victories, 27 of which came by knockout. He took part in some of history's most popular events, demonstrating that he is among the fastest fighters to have ever lived and is in high demand.

Floyd Mayweather became wealthy through competing in boxing. The man is only one of a select group of top-ranked boxers who had an unblemished record at the end of their careers. His boxing prowess and ring IQ have destroyed every opponent he has faced professionally over the previous 25 years.

American former professional boxer Michael Gerard Tyson (born June 30, 1966) fought from 1985 until 2005. At 20 years, four months, and 22 days old, he is the youngest boxer to have won a heavyweight championship. He also held the title of undisputed world heavyweight champion during his reign.

Even though his career was contentious, Mike Tyson was very successful during his peak. The World Boxing Association, World Boxing Council, and International Boxing Federation championships were all won by him as a young boxer. In 1988, Tyson defeated Michael Spinks in 91 seconds to win the heavyweight title on a lineal basis.

It was in the 1980s that Tyson was at his best. Few boxers had ever dominated the second half of a decade as he did. For five years, Tyson's fights were a series of nearly continuous KO and technical knockouts, when the referee had to end the match because his opponent could not continue.

Despite the fact that there are many quick punchers, very few, if any, can equal Mike Tyson's degree of speed. Tyson was a guy of unbridled might. He punched his opponents with lightning-quick accuracy.

What Boxer Had The Fastest Hands?

There is no doubt that speed kills, and these ten boxers have the quickest hands in the sport.

Who Has The Fastest Punch In Boxing History?

Keith Liddell is both a mathematician and a novelist. He now owns the Guinness World Record for "fastest punch." 45 miles per hour was recorded for the punch.

Was Muhammad Ali The Fastest Boxer?

Jacobs said that Ali was the quickest boxer he had ever seen on video, not just the fastest heavyweight. Gene Fullmer's manager Marv Jenson agreed, adding, “Ali has the fastest hands on any heavyweight I have ever seen.”

Who Is The Hardest Puncher In Boxing History?

Mike Tyson is constantly brought up when talking about the hardest punching boxer.

This article gives you the details of the fastest boxers of all time. Let's not forget that having quickness in any martial art is the result of hard effort and devotion in the gym, even though speed and quickness in boxing can seem like God-given skills. Let the boxers on this list serve as your inspiration to keep working hard.