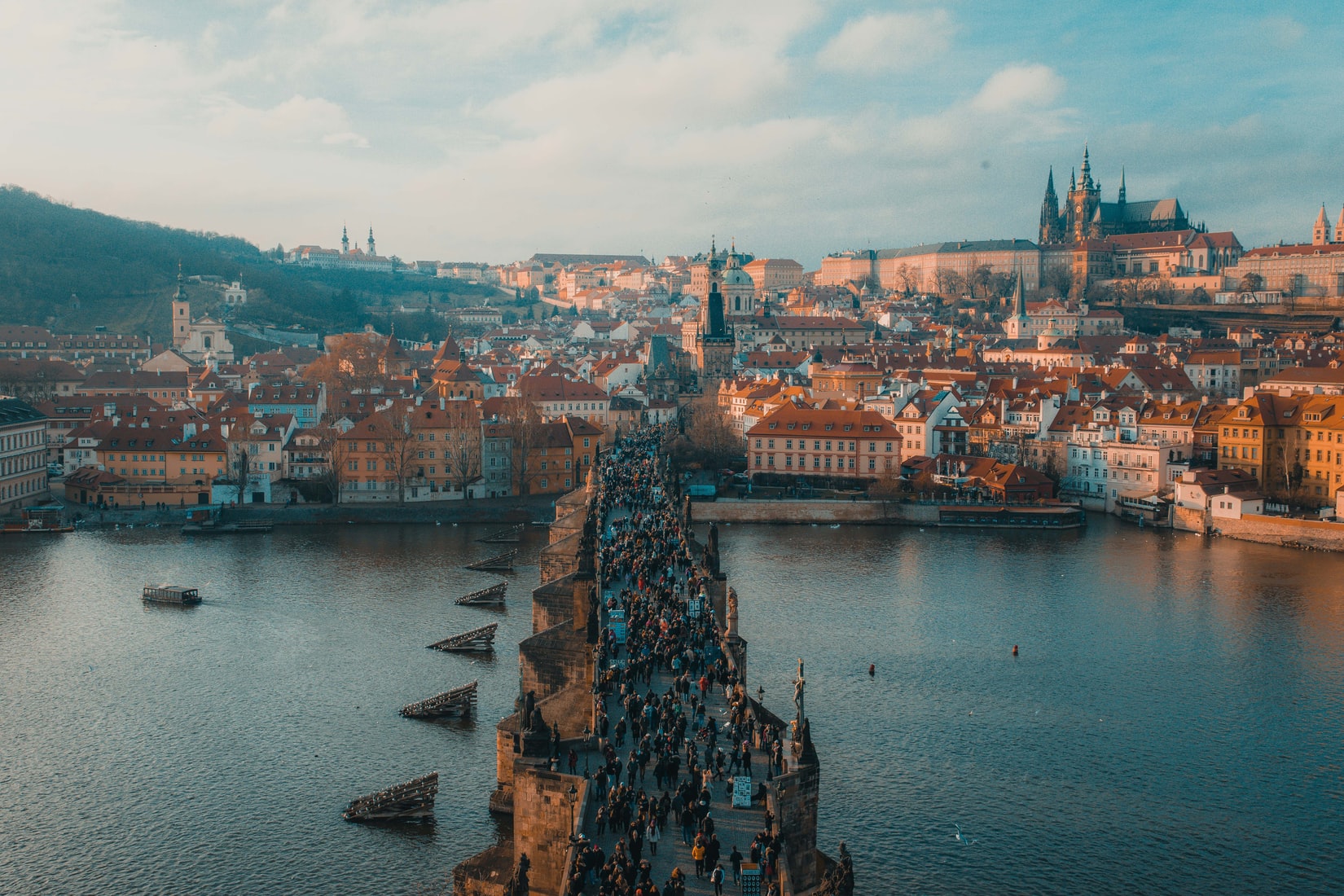 The Celts, Part Of The Memory Of Europe

The history books had reduced the Celts to gentle barbarians crushed for their good by the Roman legions. The reality is different, they were the most powerful people in Europe, whose territories stretched from the Black Sea to Ireland. Precursors of non-figurative art, they were the first to work with iron, when the Greeks and Romans still used bronze. They developed all the basic tools used until recent mechanization.

Thousands of our rivers, our valleys, our towns, have kept Celtic names starting with "Paris" that the Romans wanted to call "Lutetia". Tristan and Iseult, King Arthur, Merlin, the Knights of the Round Table, still belong to the cultural imagination of much of the world. "Halloween", the new year of the Celts, emerges again and these inventive, courageous and sometimes rip-off ancestors, who were believed to be suffocated by history, appear again in our memory.

Autonomous principality in the north-west of Spain, with a maritime opening of 320 km between Galicia and the Cantabrian mountain range, Asturias has a little over a million inhabitants. A country of green mountains, one would say it was forged by "the almost mystical fury of the Cantabrian Sea and the magical serenity of its mountains". Its famous European peaks culminate at 2,600 meters. Cradle of the Asturian pre-Romanesque classified "heritage of humanity", Oviedo is the capital of this principality. It is changing after a long period of mining industrialization. Gijon, with a port opening, is the most populous city. Asturian, the Romance language, is known by 60% and spoken by 30% of the population.

For thirty-five years a strong movement of linguistic reappropriation has developed. Asturian thus has its place in certain media and 30,000 people study it. A documentation center for traditional music is now in place at the People's Museum of Asturias. 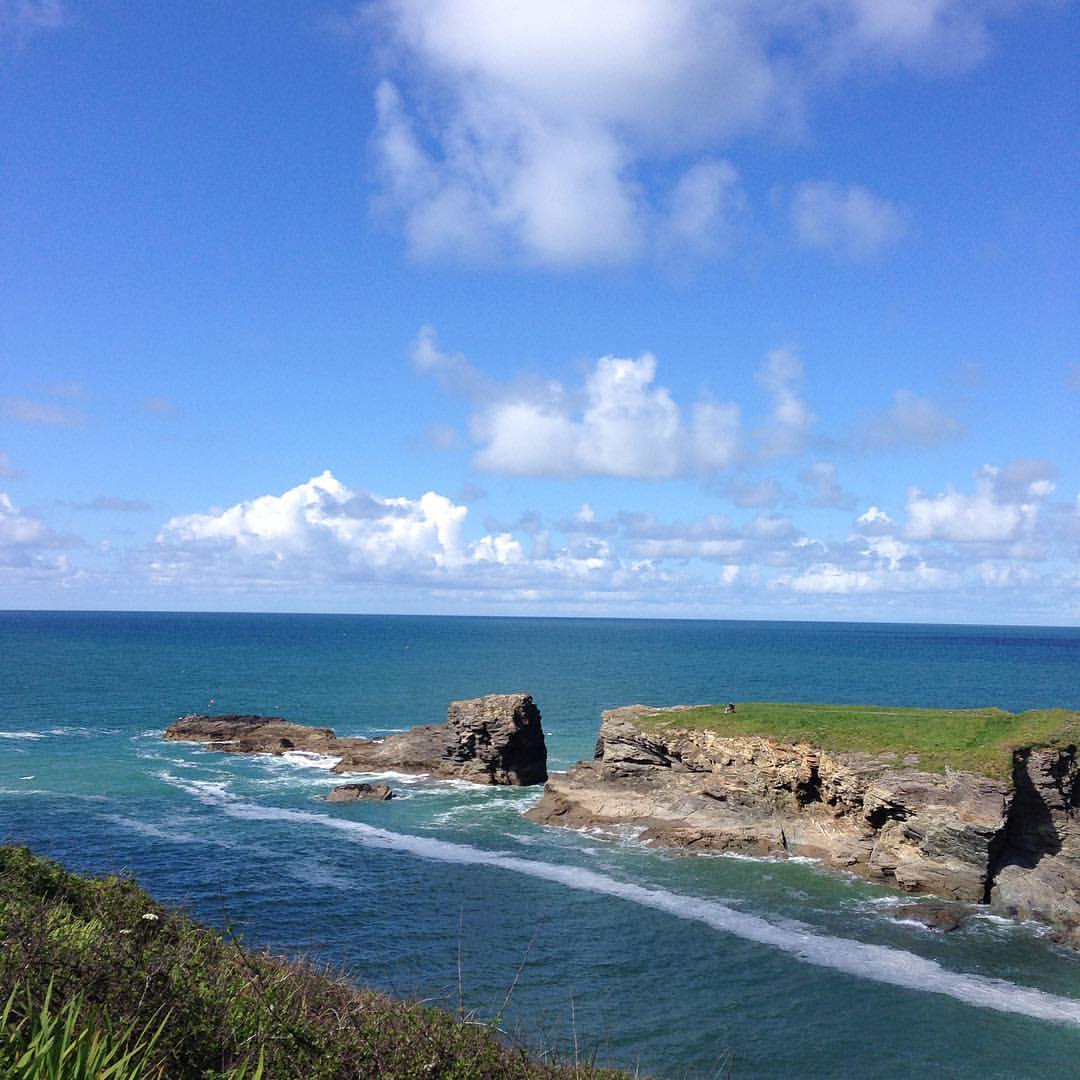 Cornwall, the capital of Truro, is a county of 400,000 people at the southwestern tip of Great Britain. Bathed by the Golf Stream, it is the British Riviera. From the same Breton branch as the Breton and the Welsh, the Cornish is miraculous.

Disappeared at the end of the 18th century, found thanks to writings from the Middle Ages, rebuilt, it is experiencing a strong revival in evening classes. New groups are participating in the current renewal of their musical heritage.

In the far north of Great Britain, Scotland evokes the Highlands, good whiskey, the kilt (the design and color of which designate the clan), the bagpipe, games as unusual as the throwing of the trunk of tree, rugby, the Loch Ness monster, the thistle, or even the cross of Saint Andrew.Scotland, homeland of Sir Arthur Conan Doyle, is a bit of all this at the same time, linked in a strong identity and dizzying! All these elements together, however heterogeneous they may seem, are reflected in the Scottish musical universe that we will have the opportunity to (re) discover. Scotland (Kingdom of the Scots, in English), and Alba in Gaelic, this territory which can appear austere at first glance; quickly turns out to be an inexhaustible source of discoveries and adventures; meetings with a population, a history, a heritage, a rich identity; whose music is only the best ambassador.

Scotland gladly offers itself to anyone who wants to discover it. Between Edinburgh, Glasgow and even Aberdeen, the Scots have managed to cultivate a heritage that is both precious and heavy to bear by constantly renewing it. Even today, at the time of Europe, united within the Interceltic dynamic, many new perspectives are emerging on the horizon.

Ready to bounce back, to seize opportunities, Scotland is more fashionable than ever. Its own identity associated with the interceltic and the potential for openness, far from presenting contradictions are certainly signs of dynamism, creativity and a promising future. Gaelic is experiencing a clear revival, for example, thanks to a strong political will. which results in the opening of schools and radio and television channels in Gaelic. 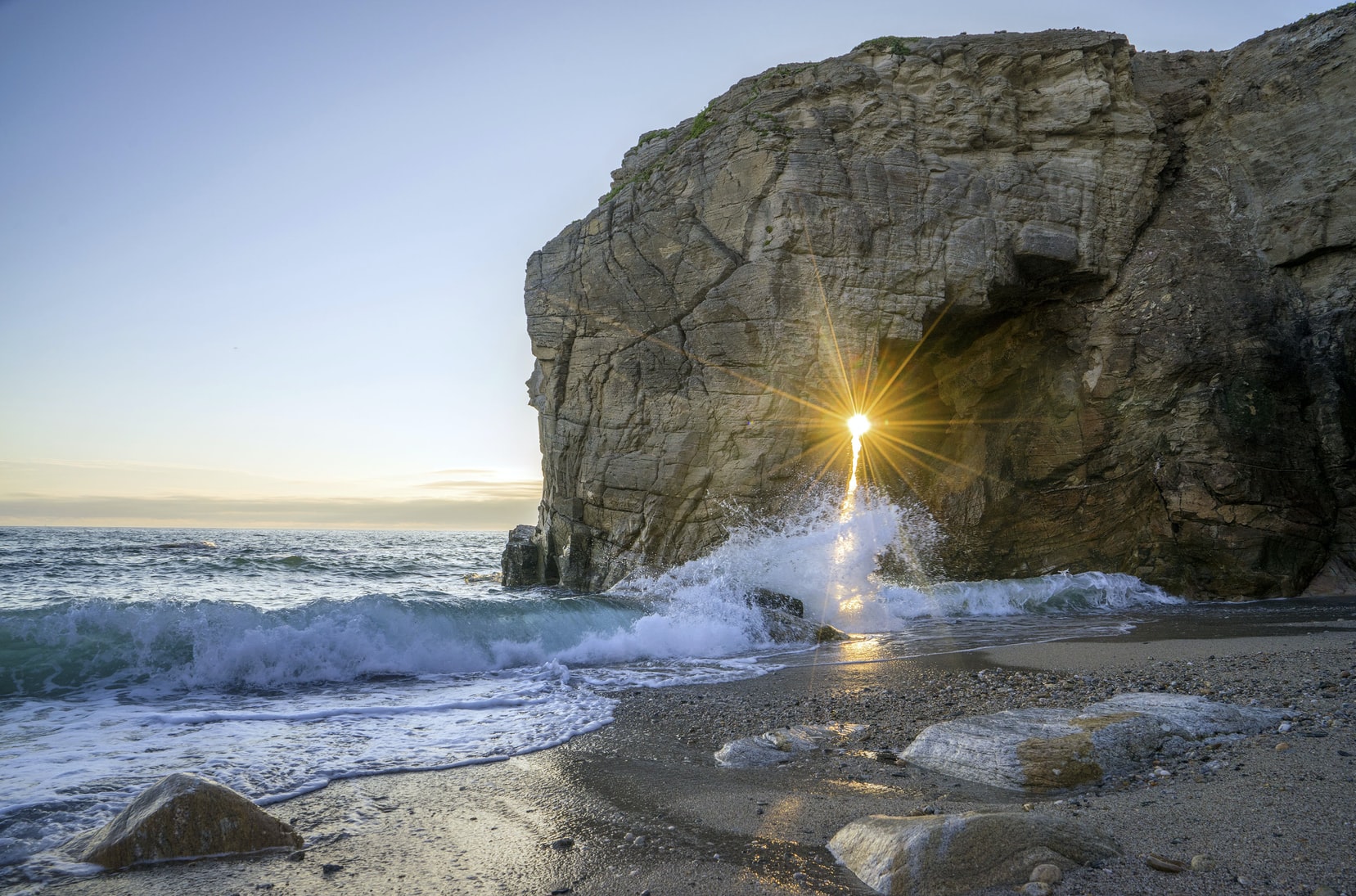 Breton or Brezhoneg and Gallo are not languages ​​in a state of lethargy, assisted in order to survive. On the contrary, Breton culture as a whole has an existence rooted in the present and open to the future. The Lorient Interceltic Festival and the festoù noz , among others, have kept Breton culture dynamic.

In the past Armorica was populated by Celtic tribes who left their names to several cities (Vénètes in Vannes, Redones in Redon, Namnètes in Nantes…). The Bretons of Great Britain driven out by the Angles and the Saxons then come to settle in Armorica in great numbers and give a name to their new country. They bring Irish Catholicism and form parishes (plou), hermitages (loc), abbeys (lan), still present in Breton toponymy.

After beating Charles the Bald, Brittany assures its independence until the 16th century and keeps a Parliament until the French Revolution. Its Breton name, Breizh (without article. Pronounce "brè-iz"), is spelled with "ZH" to synthesize the old writing existing for the North and West ( Breiz ) with that of the South ( Breih ). " Breizh " is commonly abbreviated as BZH. In Gallo, his name is Bertaèyn.

Finally, Brittany is characterized by emblems. Its flag first, the Gwenn ha Du "White and Black"; the triskel (or triskell), ancient and polysemantic three-branched symbol (probably symbolizing divine triads, a sun wheel or the primary elements: water, air and earth); His motto: Kentoc'h mervel eget bezañ saotret in Breton "rather death than defilement".

Located in the North West of Spain, between Portugal and Asturias, Galicia is an autonomous province of 3 million inhabitants. Its capital is Santiago de Compostela and the main cities are Vigo, La Coruña, Ourense and Lugo.

The first Galician city is said to be Buenos Aires. Emigration was very important to Argentina. The Argentines thus nickname the Spaniards: "the Galicians" . Undulating and green, Galicia is reminiscent of Brittany, more particularly in its coastal zone whose rias (between fishing, aquaculture and tourism) evoke its abers and sinkholes.

The Celtic language was lost under Roman occupation but left traces in some place names. On the other hand, the Romance language, quite close to Portuguese, survived after a certain number of avatars and movements in its defense. Galician is today, along with Castilian, an official language. Its study is also compulsory at all levels of education. For Galicia, isolated in the Spanish “Finistère”, the famous pilgrimage route to Saint Jacques de Compostela was a first opening to the world.

Located in the Irish Sea, the Isle of Man on its 570 km has 60,000 inhabitants, half of them in the seaside resort Douglas. This autonomous tax haven inherited from the Vikings the oldest parliament in the world.

It has been operating for over a thousand years on Tynwald Hill. The panorama could recall Scotland through its winding roads and its slightly softer landscapes. The Isle of Man is famous for its motorcycle races, tailless cats, four-horned rams, and horse-drawn tram.Manx music has been brought up to date and developed by young groups. 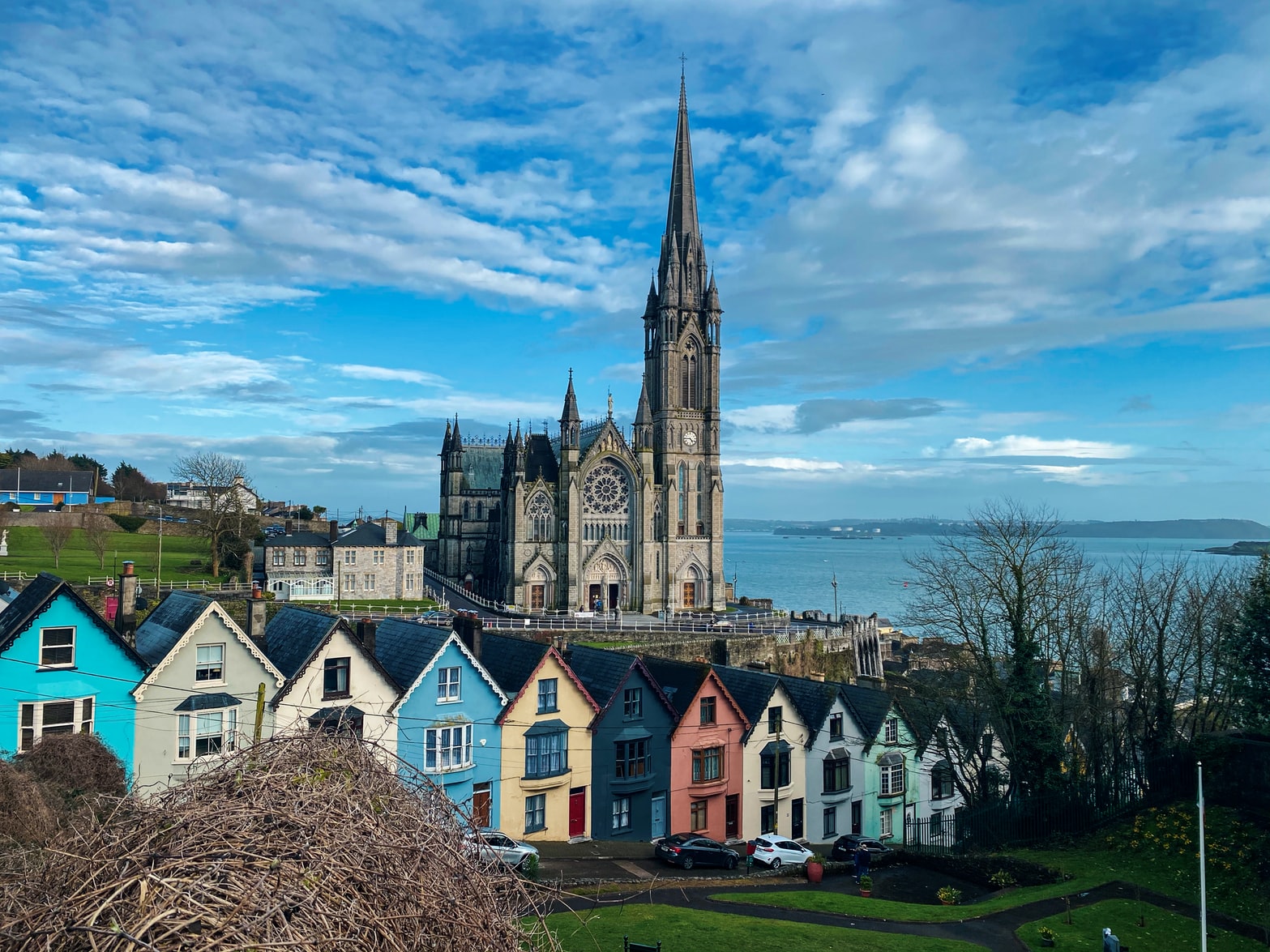 Ireland (Eire in Gaelic), west of the British archipelago, has four and a half million inhabitants, three quarters of whom live in the South, in the Independent Republic (capital Dublin), while in the North , Ulster (capital Belfast) is part of the United Kingdom.

The guns fell silent in Ulster, suggesting a solution to the long conflict between the Catholic and Protestant communities. Now, well known for the originality of its landscapes of a typically Irish green and a lifestyle preserved by insularity, Ireland holds a special place in the hearts of the Celts, who celebrate Saint Patrick as their symbolic patron. An island of peat and gorse, of "whiskeys", of pints and of pubs, Ireland has defended its culture tooth and nail.

Gaelic is learned by a million young people and is spoken by 200,000 Irish. Music is second nature.

Located in the west of Great Britain, Wales has three million inhabitants. It lost its Parliament in the 16th century, was attached to England for 4 centuries and has just regained its autonomy by referendum. It is now administered by a “National Assembly”.

Cardiff (300,000 inhabitants) is the young capital of this country which experienced strong prosperity in the industrial age. A wealth that is reflected in many of its buildings.

For more than seven centuries, sumptuous fortresses, due to the Anglo-Normans, bear the scars of their ceaseless struggles against the Welsh. Wales has an exceptionally unspoiled landscape in three national parks.

The fight for the survival of the Welsh language (from the same Breton branch as the Breton) is actively waged. All studies can be done in Welsh, which is compulsory in primary school. One television channel is exclusively Welsh and the BBC is bilingual.

Australia, the world's largest island continent, is located in the southern hemisphere between the Indian Ocean and the Pacific Ocean. It is made up of a federation of states and territories, the capital of which is Canberra.

Its 37,000 km of coastline and its great barrier reef offer exceptional landscapes. Millions of visitors come to discover them every year. Its history is also fascinating. His Celtic roots are closely linked to his past as a penal colony, but they have since evolved a lot, until today they have found a real identity in what is commonly called the music of the "Bush".This traditional music, which for a long time was the only entertainment for prisoners, and later for pioneers, tells the moving story of this people, whose accent, sometimes very pronounced, is sometimes reminiscent of Irish influences.

This first French colony in America was established as early as 1604 on the soil of what is known today as New Brunswick, Nova Scotia and Maine.

After some difficult winters, France chose to concentrate its efforts on the development of Canada (now Quebec) and Acadia became definitively British in 1713. The English expelled the Acadians from their lands from 1755; it is "the Grand Dérangement". Some find themselves scattered in the Anglo-American colonies, in England and in France while others are welcomed in Louisiana, then Spanish, and will become by a bad pronunciation of the English speakers of the "Cajuns".

Yet many Acadians still live in the provinces of Atlantic Canada and contribute to the development of the French language. There are over 300,000 Francophones, more than two-thirds of whom live in present-day New Brunswick, in the north and along the east coast. Other communities are found in Nova Scotia, Prince Edward Island, Newfoundland and Labrador, Quebec and Saint-Pierre and Miquelon. Today, there are an estimated three million people of Acadian descent across the world.