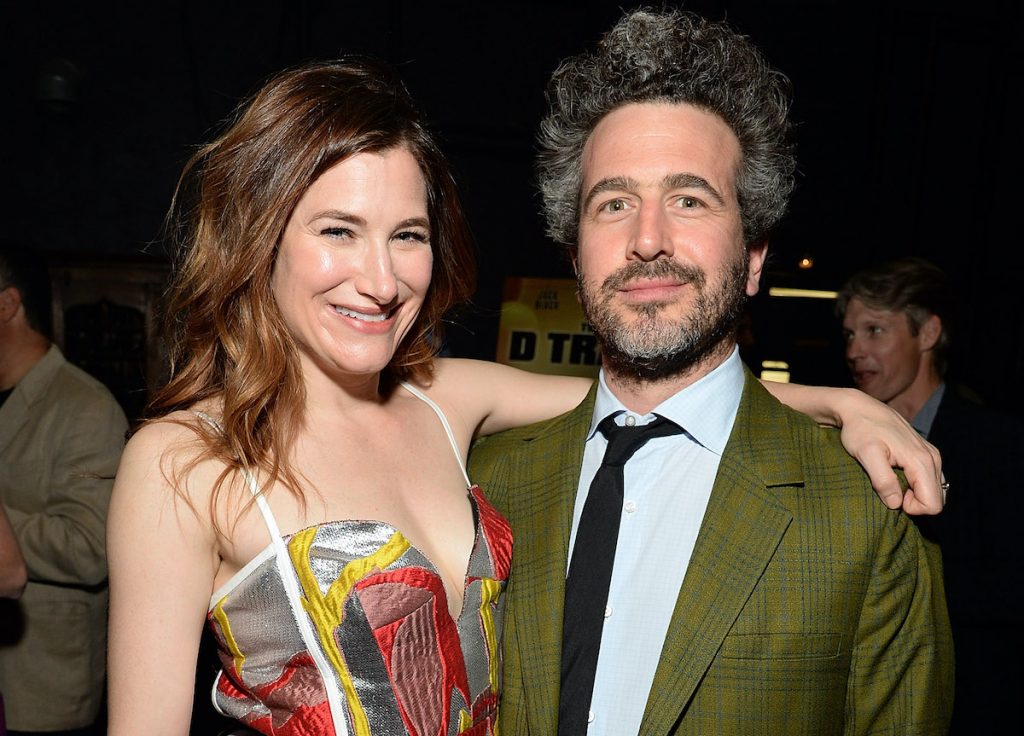 Ethan Sandler is a Jewish-American writer, actor, and producer who has been in a number of films and television shows, as well as stage productions, and has won many supporters over the years. He is best known for his portrayal of ADA Jeffrey Brandau on the television series, Crossing Jordan. He is also known as being the wonderful husband of comedian and actress, Kathryn Hahn.

While in university, Sandler was heavily active in theater productions and plays, and he even starred in a couple of them, all of which served to mold his life and profession as an actor. Sandler began his professional career in the film and theatrical industry after completing his studies.

The answer is no. Hahn and Sandler both starred in NBC's Crossing Jordan as a couple, Lily and Jeffrey. Their characters got engaged, but Lily broke it off but she soon discovered that she was expecting Jeffrey's child. At the time, Hahn was actually pregnant with their first child, Leonard Sandler.

They did not meet in Crossing Jordan, and they were already married and pregnant at that time. Hahn and Sandler first met as students at Northwestern University where they both studied BA in Theater and graduated.

They recalled in an interview that they met in their early twenties and instantly fell in love with each other. They dated for almost a decade before Sandler got the courage to ask her the big question. They got engaged in 2000 while they are celebrating Thanksgiving together. After Kathryn Hahn graduated from Yale University with MFA in Drama in 2001, she and Sandler got married in 2002.

Kathryn Hahn and Ethan Sandler have been married for almost two decades, and their love for each other has never wavered. Throughout an interview, Kathryn expressed her gratitude for the opportunity she and her husband had to "grow up together" as partners.

Ethan Sandler made his acting debut in the 1988 film The Chocolate War, in which he played a youngster named David Caroni.

Sandler was cast as Eddie in the made-for-TV comedy film 'She'll Take Romance' in 1990. Piers Haggard directed the television film, which starred Linda Evans, Larry Poindexter, and DeLane Matthews, among others.

Over the course of two weeks at Theatre on the Square in 2001, Ethan Sandler played 40 different characters in a one-man comedy show, Fully Committed, written by Becky Mode. Fully Committed was about living life in New York where the setting was at a trendy restaurant situated at the heart of New York.

Meet the Robinsons, a computer-animated science fiction film released by Disney in 2007, featured him in various roles. Aunt Petunia, Uncle Fritz, Doris, Uncle Spike, Uncle Dimitri, and Cousin Laszlo were among the characters he voiced.

He worked as a set decorator on the sets of 'Two Classy Ladies,' a short comedy film, in 2009.

In addition to performing in the film, he also contributed as a writer for No Pay, Nudity in the same year. In addition, he wrote one of the film's songs.

He wrote three episodes of 'Man with a Plan' between 2017 and 2018. Sandler has continued to star in television shows and movies. He was cast as Tom in the comedy-drama television series 'Love' in 2018.

He is currently a cast in the 2021 series, Cinema Toast.

Even if Ethan Sandler And Adam Sandler have the same last name and have a bit of facial resemblance, the two actors are not related. In Adam Sandler's IMDB, it stated that he only has three siblings - an attorney brother named Scott, a dentist sister named Elizabeth, and a waitress sister named Valerie.

Ethan Sandler and Kathryn Hahn both achieved so much success in their individual career and they are living a happy and private life with their two kids at a 1920s Mediterranean Los Feliz Spanish Villa in Los Angeles.