Why Healthcare Is The Best It's Ever Been 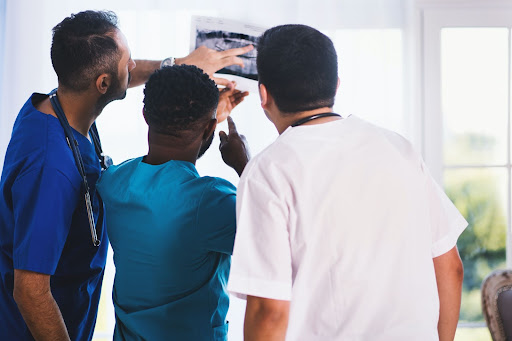 It’s important to focus on the problems of the world, but we also shouldn’t lose sight of the positive aspects. The truth is that, in many areas of life, life is much better than it was in days gone by. Indeed, when you tally up all the pros and cons of today versus the olden days, you would almost certainly choose to live in 2022 rather than at any point in the past.

This is especially true when it comes to healthcare. While the healthcare system is far from perfect, the actual quality of the care has probably never been better. This is true for the United States and the rest of the world. But what are the reasons for this? In this blog, we’ll take a look at some of the many reasons why it’s the case.

It’s not always a good thing that the healthcare industry is so massive, but there are some obvious benefits. For example, it has the money it needs to invest in the future and thus make healthcare even better. You can’t do much if you can’t open the purse strings. In the case of healthcare, it’s bursting at the seams, and this creates something of a positive feedback loop, with the funds allowing for investments, which in turn bring greater revenue to the industry.

Healthcare can only be as good as the people who are administering the care. Today, there are more healthcare workers than ever before — and, in fact, due to the shifting demographics of society (there are more people of retirement age than under the age of five), healthcare positions are expected to balloon in the years to come. Today’s healthcare workers are better educated and trained than all generations in the past. With new and innovative training techniques, including the use of virtual reality for immersive training, this is something we can expect to continue in the years to come, too.

There’s also been a shift to more individual care. This is a move away from the standardized version of care that was prominent in decades past. Today, it’s not so much the condition that doctors treat but the individual patient. While there are, of course, broad similarities that are the same for all humans, there’s also a lot of variation too. When coming up with a treatment plan, doctors will look at the overall condition of the patient rather than just focusing on the specific ailment.

You can’t begin treating a condition until you know what it is. And the faster that you can have that information, the better it’ll be. This is an aspect of healthcare that has been steadily speeding up in recent years. Things like in vitro diagnostics have helped to improve the speed by which healthcare professionals can detect diseases and viruses. The value of these types of diagnostics isn’t just that they diagnose conditions more quickly, either; they also diagnose them more accurately. Nothing can happen until the ailment has been pinpointed. And that means that today, doctors can get started with treatment faster than ever.

Not everyone lives next to a major hospital or healthcare facility. And even the people that do can often have difficulty finding the time to pay a visit to their healthcare professional. The coronavirus pandemic gave rise to telehealthcare, which allows patients to discuss their situation with a professional from the comfort of their own homes. There are, of course, limitations to these types of appointments, but as a screening method, they’re highly effective. It’s an aspect of healthcare that has seen a lot of growth in recent times, and it looks like it’s here to stay, so we can expect that these appointments will become even more effective in years to come.

The rise of wearable tech has put more control in people’s hands, too. They can access information that they could, in the past, only get by visiting a healthcare facility. Not many people had technology that would keep track of their heart rate in the past; today, people can get that information just with a glance at their watch. This is useful as it means patients can collaborate with their doctors, providing them with a history of their heart rate (and other metrics) in a way that would not have been possible in years gone by.

We also have a much better understanding of what people need to do in order to be broadly healthy. For example, we know that doing things like exercising, not smoking, limiting alcohol, eating well, and spending time in nature will all push people towards being their healthiest best. This knowledge allows people to be proactive with their health; indeed, if a person did all those things (and that’s just the minimum), then they’d likely find that they were significantly healthiest within just a month.

People have faced issues with their mental health forever, of course, but the truth is that in the past, this aspect of health wasn’t always given the respect it deserves. That is beginning to change. It wasn’t so long ago that the idea of seeing a therapist was something to be ashamed of; today, it’s a commonly accepted thing to do, especially among younger people. And as with physical health, we also have a better idea of the things that people need to do to be mentally well. For example, meditating, having a positive mindset, getting outdoors, and spending time with friends.

There’s a long list of diseases that could have caused you major problems had it not been for the work of the healthcare industry, which came together to eradicate it. But we don’t need to go too far back to find an example of this. The coronavirus is a good example. While this virus hasn’t been cured, it has been contained. And this happened extremely quickly. It’s one of those things that should go down as one of humankind’s greatest achievements.

A Range of Medicines

In many cases, patients have a range of treatment options available to them. If they’re unable to take one type of medicine, then there’ll be another that they can take. For most conditions, there’s a host of options, which allows for better treatment and puts the patient more in control of their health.

Finally, it’s not just that healthcare is better than ever before that we should be happy about. We should also be thankful for the overall mindset of the healthcare industry. This isn’t a sector that stands still; it is always looking for ways to make improvements. And we are the beneficiaries of that. There are plenty of reasons to be optimistic about your health in the future, purely because of the investments that are being made now. Indeed, they say that it won’t be too long before all cancers have been cured.

As we said at the beginning of the article, it would be wrong to think that all aspects of life are perfect. There are obviously issues. However, we should take the time to honor the things that are going well. We can often take for granted that a small medical problem won’t cause us big problems, but this wasn’t always the case. There were many people in the past who experienced serious consequences because of ailments that would today be thought of as inconsequential. And we should be thankful for that.