Washington Huskies Softball: All You Need to Know 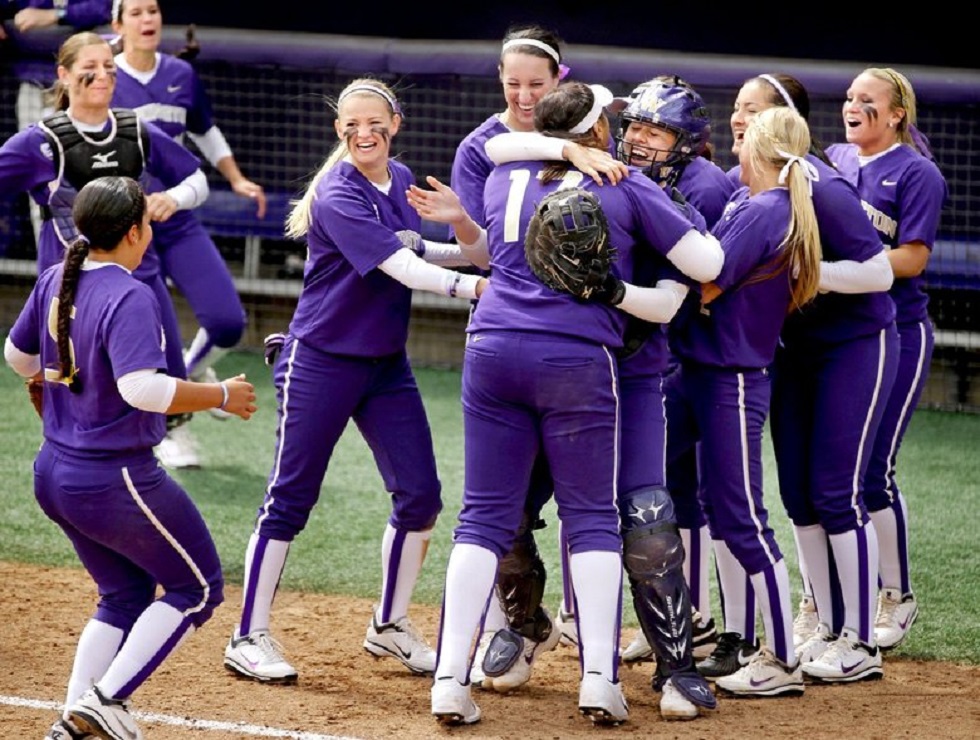 When Was The Washington Huskies Softball Program Established?

What Scandal Was Teresa Wilson Involved In?

COPYRIGHT_WI: Published on https://washingtonindependent.com/ebv/washington-huskies-softball/ by Jaya Mckeown on 2020-09-05T00:00:00.000Z

After the glorious 90s, Teresa Wilson fell from grace in the 2000s after the uncovering of the scandal which involved dispensing drugs among her players. Teresa Wilson's tenure was terminated in 2003. Co-incidentally, Wilson was the second Washington coach fired that year. Her dismissal followed the firing of Huskies football coach Rick Neuheisel in an NCAA wagering scandal.

When Did The Washington Huskies Softball Team Win The National Championship?

After Wilson departed, Heather Tarr, who was the assistant coach for the University of Pacific as well as a former player who played under Wilson, took over coaching duties for the Washington Huskies Softball team. In Heather Tarr's fifth year as the coach of the Washington Huskies, the team entered the 2009 Women's College World Series as the third seed. However, they weren't able to hold any home games since their arena didn't have lights. Despite that, the Huskies waltzed into the National Title game. In the title bout, they swept the University of Florida Gators in two games. The team's star was Canada women's national softball team member and 2009 USA Softball Collegiate Player of the Year Danielle Lawrie. She pitched both games, winning 8–0 and 3–2. This was the 22nd time in 28 seasons that a Pac-12 team had won the College World Series.

Where Does The Washington Huskies Softball Team Play?

When the Washington Huskies Softball program was established in 1993, the team played its home games across Lake Washington in Bellevue, at Hidden Valley Park. The Husky Softball Stadium was opened in 1994, one year after the establishment of the program. The stadium cost $2.2 million to build and is adjacent to Husky Stadium. East of the football stadium's north grandstand. The gorgeous Mt. Rainier is also visible from there, along with the southeast. The main grandstand can seat a total of 1,000 people. The bleachers can hold an additional 500 people. During the 2010 season, standing-room-only tickets were sold before games, behind the main sections and along the walkways to the outfield general admission seating. Because the lack of lights resulted in the team not having any home games during their 2009 title run, the stadium added lights in 2010 to be eligible to host NCAA tournament games.

Which Washington Softball Player Won The Johnny Bench Award In 2020?

Washington Huskies Softball catcher Morganne Flores won the College Softball Johnny Bench Award in 2020. Flores is a senior catcher. She is also the first catcher in the school's history to win this award.

In a shortened 2020 season, Flores put together yet another machine-like campaign, hitting above .300 for the fourth time in four years. She also started all 25 games, reaching base safely in 21 of them with six doubles and 12 walks. This year also marked the second consecutive year Flores recorded a perfect fielding percentage.

The Johnny Bench Award, dedicated to the most prolific catcher in collegiate softball each year, adds another piece of hardware to Flores' crowded trophy shelf. An All-American in 2019, she's earned All-Region nods in all four years she's been active, including All-Freshman recognition in 2016.

Flores ranks fifth all-time in UW softball home runs with 48, and with 21 RBIs in 2020, she looked poised to move up from her ninth-place standing in the record books before the novel coronavirus pandemic slammed the door shut on the season.

Flores will be back for a sixth season in 2021, and it won't be the first time she returns from an extended hiatus. After missing all of 2018 with an injury, Flores had a scorching hot campaign in 2019, setting career-highs in home runs (23), slugging percentage (.781), and batting average (.348).

Is The Washington Softball Team Going To Play Again In 2020?

A phased return plan for the student athletes was announced by the University of Washington Intercollegiate Athletics (ICA). It will start with voluntary workouts in June. "We have been advised by some of the top medical experts in the country," athletic director Jen Cohen said in the press release. "And we will continue to evaluate our process as we work through this first phase. It's critical for us to be able to provide these resources on campus, as COVID-19 is one of many things that impact the health and well-being of our students. We are eager to take this step to begin to welcome our students back to Montlake."

The plan, which is in accordance with guidelines set up by the UW, King County, and the Pac-12, will see returning student-athletes from football, men's basketball, women's basketball, volleyball, women's soccer, and men's soccer allowed back on campus starting June 15. Groups of five or less will be allowed to participate in voluntary outdoor workouts, with the Husky Stadium field, concourse, and East Practice Field being the only facilities open to start.

Weight lifting equipment will be moved onto the Husky Stadium concourse to provide open-air space for workouts.

"We recognize in the face of this global pandemic, we must proceed cautiously," UW head team physician John O'Kane said. "With this in mind, we have instituted a return to training plan including COVID education, testing, enhanced physical assessment, regular symptom inventory, and an emphasis on social distancing whenever possible."

The UW Athletic Department also held a virtual town hall with student-athletes and their families where the school's medical team gave a detailed presentation about the reopening plans.

"We will reintroduce our training in phases, systematically increasing the numbers of student-athletes training together while continuing to monitor their health, as we work toward return of competition," O'Kane said.

The schedule, which was devised with the help of the UW head coaches, will also allow student-athletes access to on-field facilities on an individual basis.

The last sports to arrive will be returning or incoming athletes from gymnastics, men's golf, women's golf, men's tennis, women's tennis, baseball, softball, track and field, beach volleyball, or any other members of the rowing team who are on track to return at their normal time in September. Connibear Shellhouse and the Graves Annex are also allowed to reopen after August.

The reopening will be supervised by the UW ICA's COVID-19 Committee, which will report to Cohen weekly.

"While our current situation is certainly challenging, the goal of our medical staff is the same as always; to provide an opportunity for our student-athletes to get a great education, compete in the sports they love, and to be the best versions of themselves, in as safe an environment as possible," Cohen said about getting the Washington Huskies Softball team back to practising.