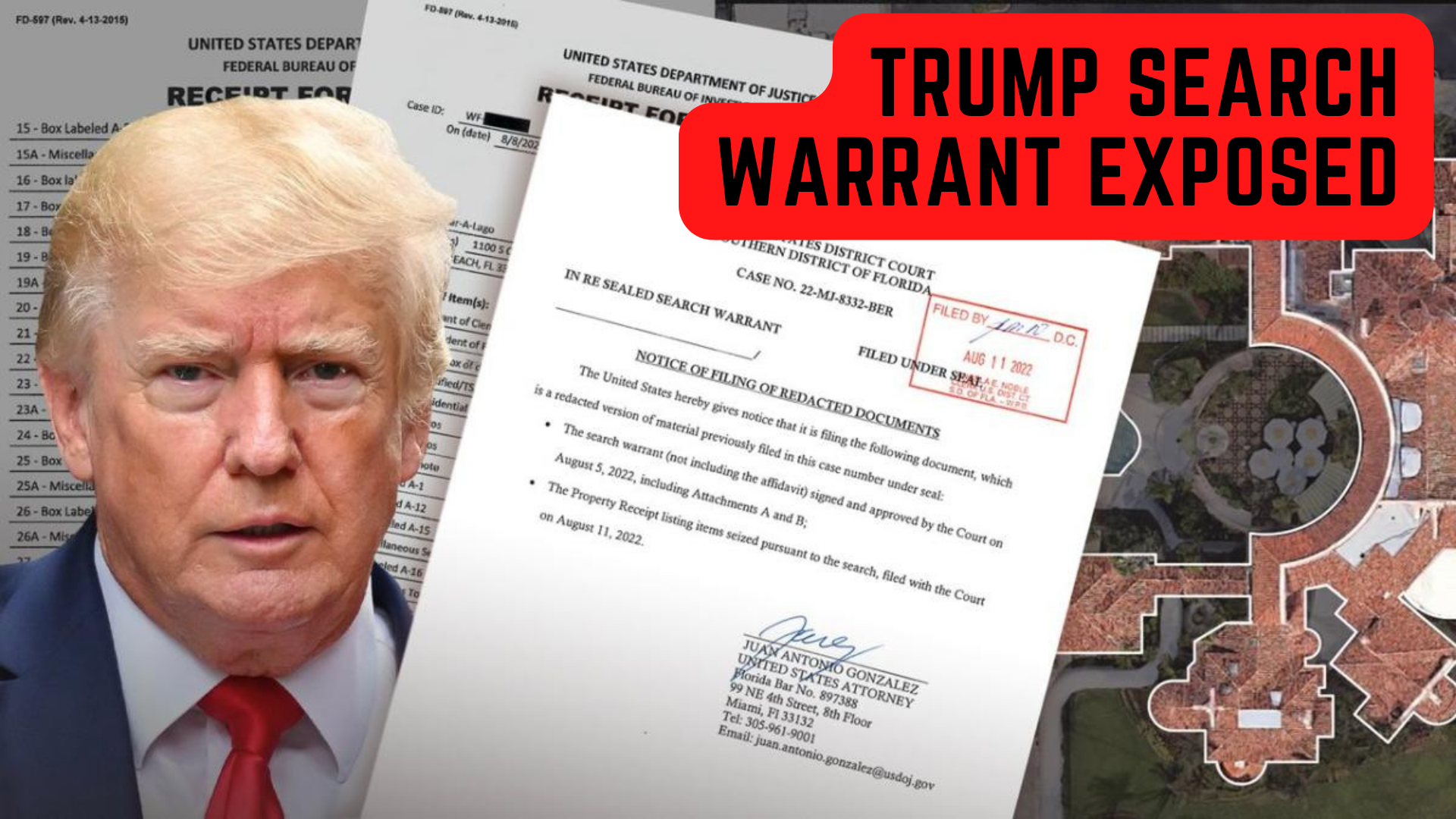 According to court papers released on Friday, August 12, 2022, after a federal judge unsealed the search warrant that authorized the unprecedented raid this week.

During a search on Monday, August 8, 2022, FBI agents took 11 sets of classified records from the estate, according to a property receipt unsealed by the court.

A federal judge in Palm Beach, Florida, unsealed the search warrant and property receipt from the FBI's search of former President Trump's Mar-a-Lago resort on Friday.

According to documents, the search was part of a national security investigation into the mishandling of classified documents. Trump owns the sprawling estate, which serves as both his primary residence and a members-only club and resort.

According to documents from the search warrant released Friday, the FBI recovered 11 sets of classified documents during its search, including some materials marked "top secret/SCI," one of the highest levels of classification.

It names three federal offenses that the Justice Department is looking into as part of its investigation:

The inclusion of the crimes indicates that the Justice Department had probable cause to investigate those offenses while conducting its search. At this time, no one has been charged with a crime.

The agents were looking for "all physical documents and records constituting evidence, contraband, fruits of crime, and other items illegally possessed in violation of" three laws, including the Espionage Act, according to one document attached to the warrant.

On its website, the Justice Department refers to it as a "key national defense and national security provision."

The search warrant cites a section that "applies to activities such as gathering, transmitting to an unauthorized person, or losing information pertaining to national defense, as well as conspiracies to commit such offenses." 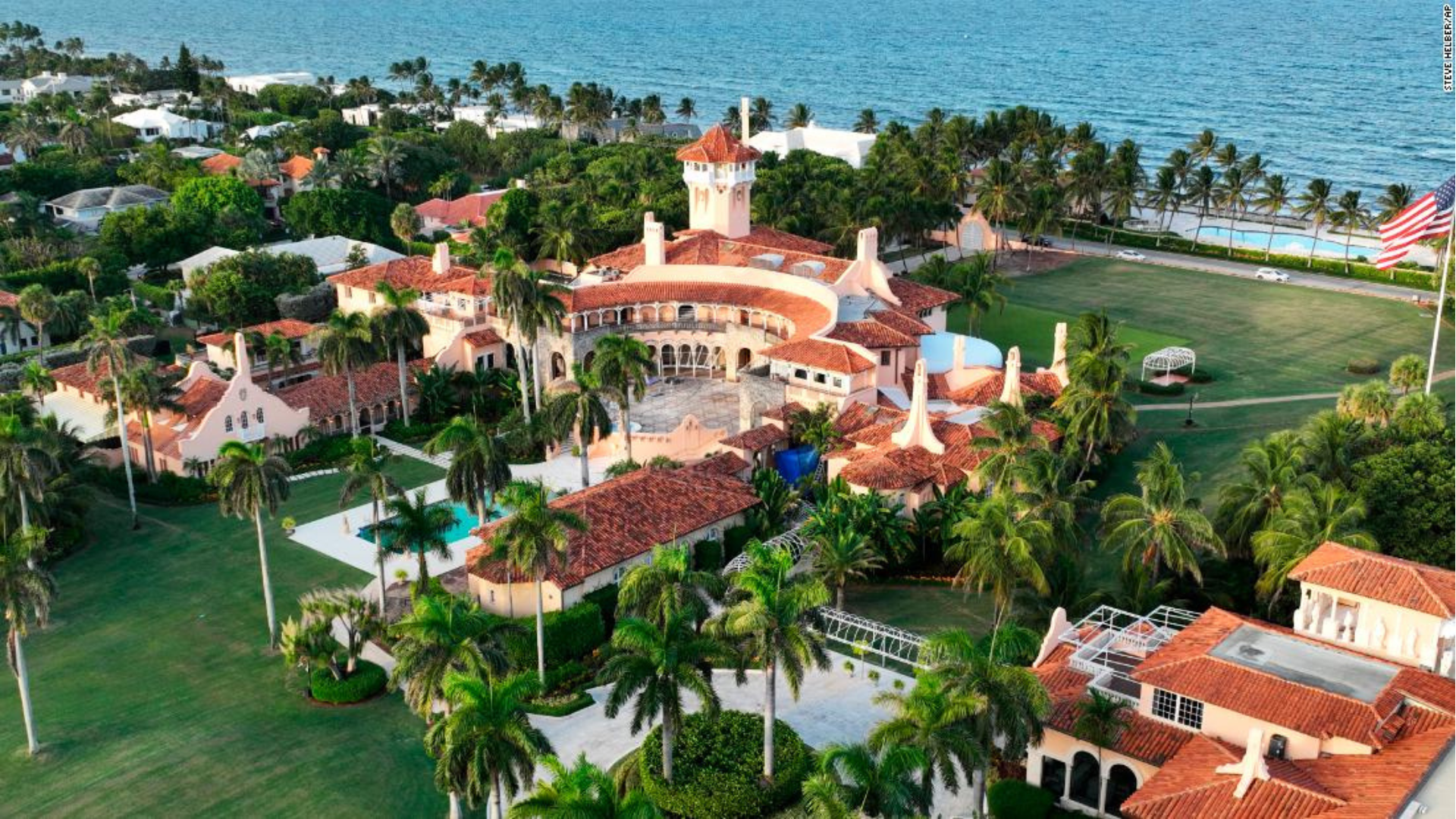 The judge gave the FBI permission to search the "45 Office," as well as "all other rooms or areas" at Mar-a-Lago that Trump and his staff could use to store boxes and documents.

"The locations to be searched include the '45 Office,' all storage rooms, and all other rooms or areas within the premises used or available to be used by FPOTUS and his staff and in which boxes or documents could be stored, including all structures or buildings on the estate," the warrant states, referring to the Former President of the United States by the acronym "FPOTUS."

The FBI specifically stated in its warrant application to the judge that federal agents would avoid areas rented or used by third parties, "such as Mar-a-Lago members" and "private guest suites." Trump owns the sprawling estate, which serves as both his primary residence and a members-only club and resort.

"It is described as a mansion with approximately 58 bedrooms, 33 bathrooms, on a 17-acre estate," FBI agents told the judge in their application, describing the Mar-a-Lago property. 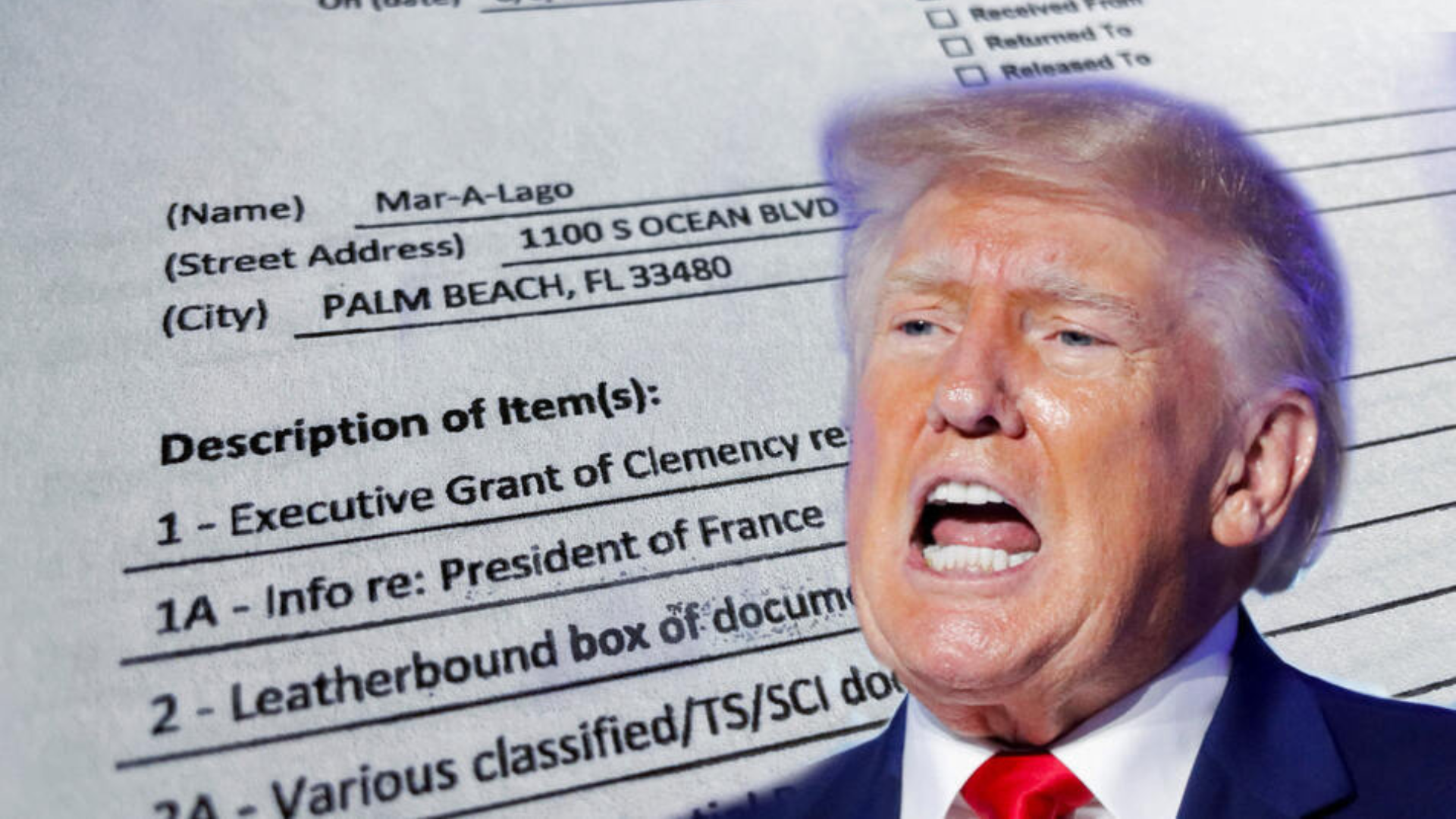 Former President Donald Trump claimed that all of the documents seized by the FBI at his Mar-a-Lago estate had been "declassified."

Trump said "it was all declassified" and the FBI "didn't need to 'seize' anything." "They could have had it anytime they wanted without playing politics and breaking into Mar-a-Lago," he said in a Truth Social post. "It was in secured storage, with an additional lock put on as per their request."

Trump attorney Christina Bobb signed the warrant receipts, and she has since spoken out about her presence at Mar-a-Lago during the search.

Bobb has complained that she and other Trump lawyers were not allowed to observe the search while it was taking place, but this is not standard FBI procedure.

She signed two "receipts for property," which list the items taken from Mar-a-Lago by the FBI. At 6:19 p.m., when the federal agents were wrapping up their all-day search, Bobb signed these receipts.

Bobb is a well-known proponent of pro-Trump conspiracy theories, having previously worked at OAN, a far-right TV channel.

Bobb, according to CNN, played a key role in the Trump campaign's efforts in December 2020 to put forward slates of phony GOP electors in seven states.

In conclusion, The Trump search warrant, which was unsealed and made public on Friday, August 12, 2022, in response to a Justice Department motion, revealed that the magistrate judge who issued it found probable cause to believe the F.B.I. would uncover evidence of all three crimes.

Mr. Trump, who had refused to make the documents public but did not object to their release, stated that all of the items listed in an inventory of items seized from his home had been declassified. The inventory included multiple caches of top-secret documents, as well as other government files, according to the F.B.I.

Even if Mr. Trump did declare the files declassified before the end of his presidency, none of the crimes are dependent on whether the files are classified.