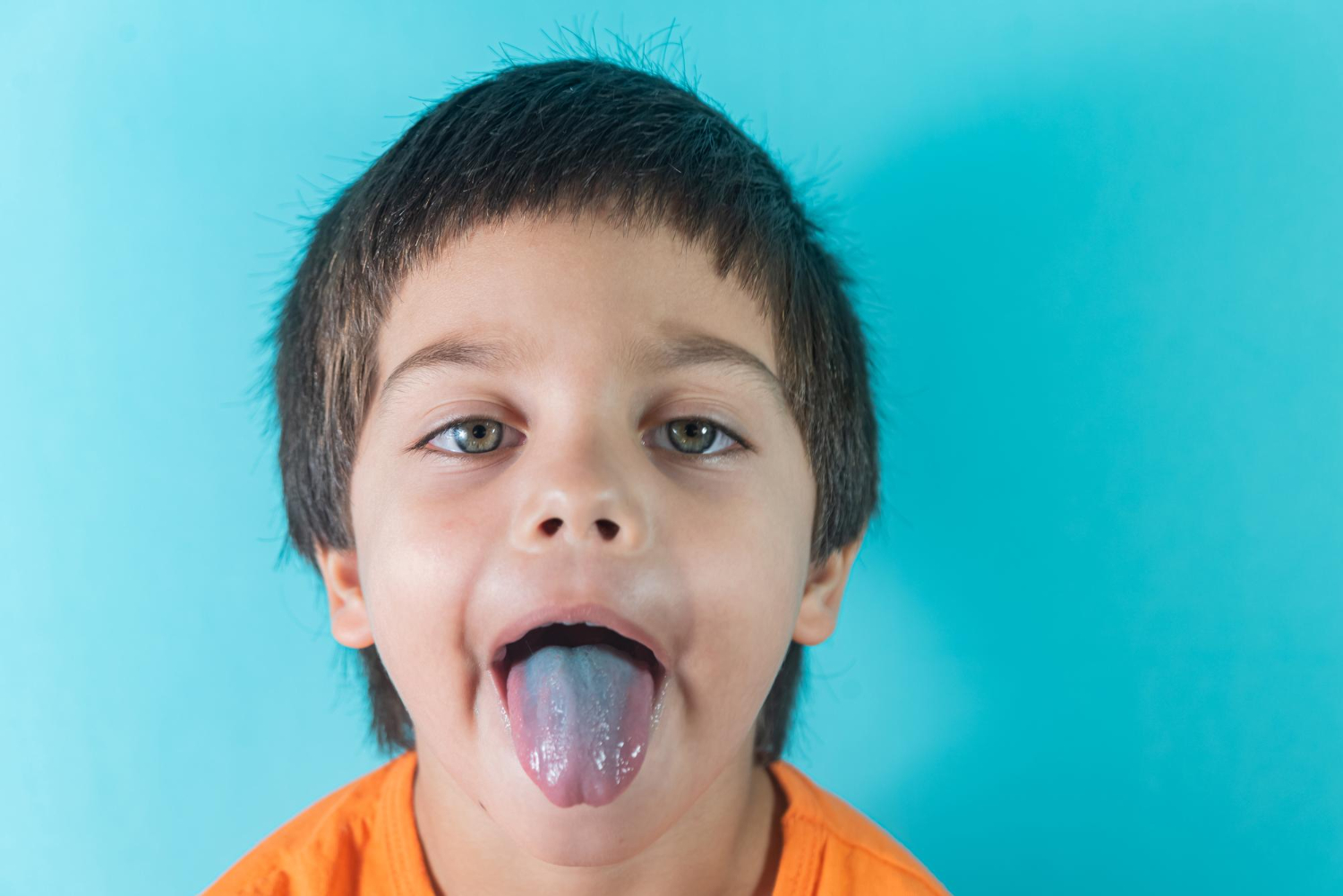 The tongue signs of health problems are a window into the overall health and may reveal underlying conditions.

The tongue is connected to many of our essential organs, and its many colors, textures, coatings, and shapes can tell us about our health.

The tongue, a muscular organ that extends from the back of the mouth into the throat, rests against the floor of the oral cavity.

It extends back beyond the oral cavity and is linked to the jaw, the hyoid bone in the neck, and the skull.

Many animals, including humans, rely on the tongue to aid in chewing and swallowing.

The movement of the tongue against the roof of the mouth and the teeth is also essential for speech.

The tongue's exterior layer, called the mucosa, is always moist.

Microscopic papillae, the tiny spots that give the tongue its rough texture, are located in the upper half.

There are taste buds in the papillae that allow you to enjoy flavorful meals.

The flavor is detected through the activation of cells in the taste bud.

Taste buds are not only formed and situated differently on the tongue but also serve diverse purposes.

Although most people picture their tongues as white, this little muscle organ comes in various colors.

The tongue's color and appearance might change due to various medical issues.

Even though having a colored tongue is not common, it does not mean you are healthy.

The appearance of one's tongue varies from person to person, yet there are certain universal hallmarks of a healthy tongue.

A little layer of white should cover its pink color.

The tongue of a healthy individual also has many papillae.

These are bumps along the surface that improve chewing and flavor. 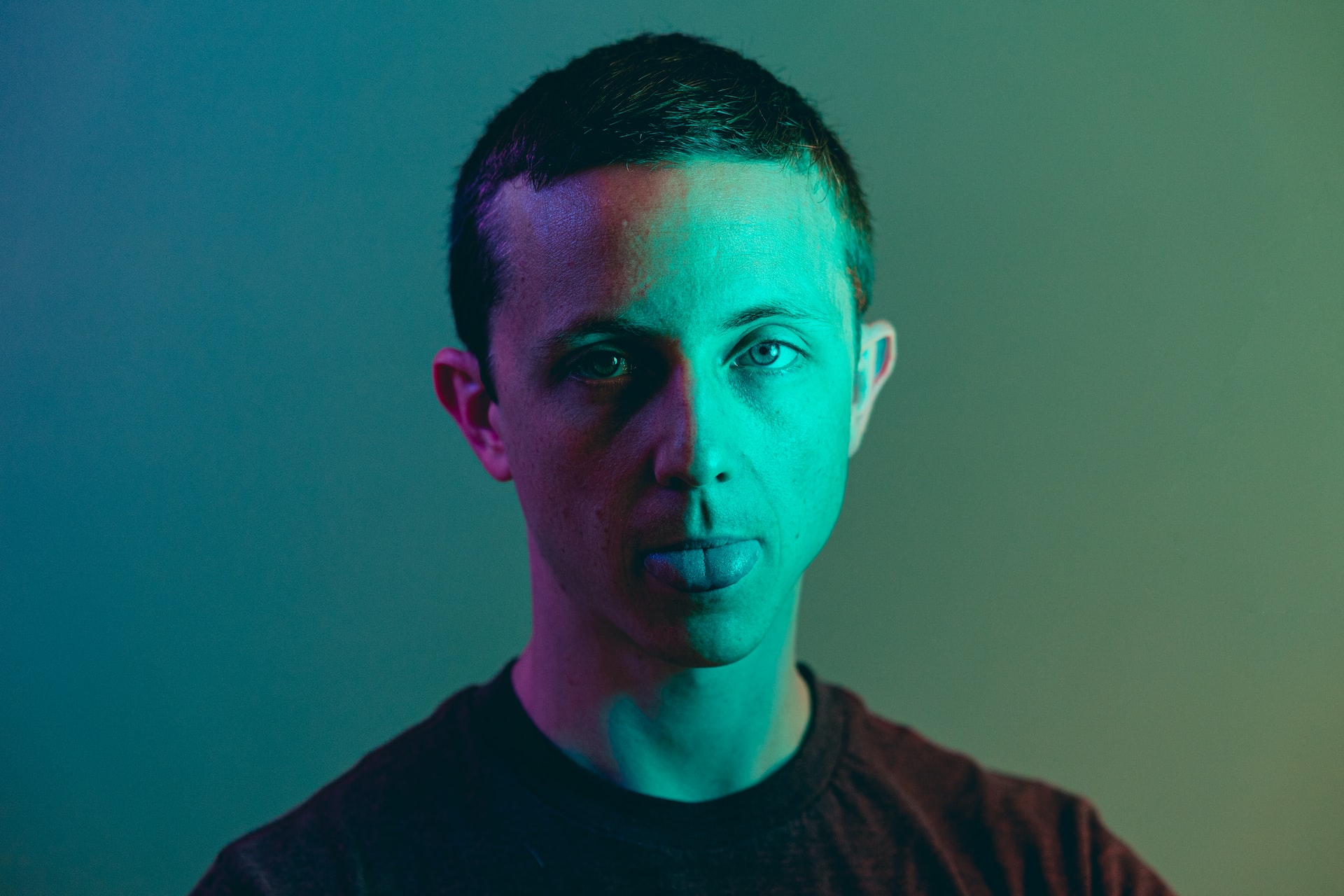 A man in a black shirt is showing his tongue.

Different health conditions might cause the tongue to take on a variety of shades.

Though some of these problems resolve on their own, others need medical attention.

If your tongue isn't pink as it usually is, it may be a sign of a more serious health problem.

Listed below are some possible explanations for the various tongue colors.

The accumulation of keratin may give the tongue its characteristic dark color.

One such protein is keratin, which may be found in the skin, hair, and nails.

The keratin accumulation, as reported by the Genetic and Rare Diseases Information Center, is responsible for the darkening and hairiness of the tongue.

The following may cause a buildup:

When you have a fungal infection, like oral thrush, your tongue will have a white coating, and the tissue around it will look blue.

Problems with swallowing and eating are possible.

Leukoplakia should also be considered.

This disorder, characterized by the appearance of white patches or plaques on the tongue, is often brought on by tobacco use.

The rash lichen planus may sometimes cause the tongue to become white.

The tongue may become purple as a symptom of insufficient blood flow or a cardiac problem.

The Department of Health and Human Services notes that a purple tongue is also a symptom of Kawasaki illness.

This disorder, which is very rare but could be fatal, leads to inflammation of the blood vessels.

Scarlet fever or a vitamin B deficiency can cause the tongue to turn red and rough.

Glossitis, or tongue inflammation, may also cause the tongue to become red and rough.

It is a symptom of Kawasaki illness in very unusual circumstances.

A red, bumpy tongue is called a "strawberry tongue" by certain doctors.

Spots of grayish-white color may appear on the tongue due to a disorder termed "geographical tongue," as reported by the National Organization for Rare Disorders.

The tongue eventually develops white lines between the spots, giving it a mapped look.

This discoloration might also be a symptom of eczema.

Research conducted in 2017 on 200 people with eczema revealed that 44.5% of those surveyed had a gray or pale tongue.

Bacteria development often causes a yellowing of the tongue.

An excess of germs on the tongue may be caused by poor oral hygiene and dry mouth.

Before the tongue becomes wholly black and hairy, it may first develop a yellowish color.

This condition develops as the papillae enlarge and trap germs on the tongue's surface.

However, significant medical issues are seldom the cause of a yellow tongue.

Yellowing of the tongue has been linked to diabetes.

It's also conceivable that jaundice is the cause. 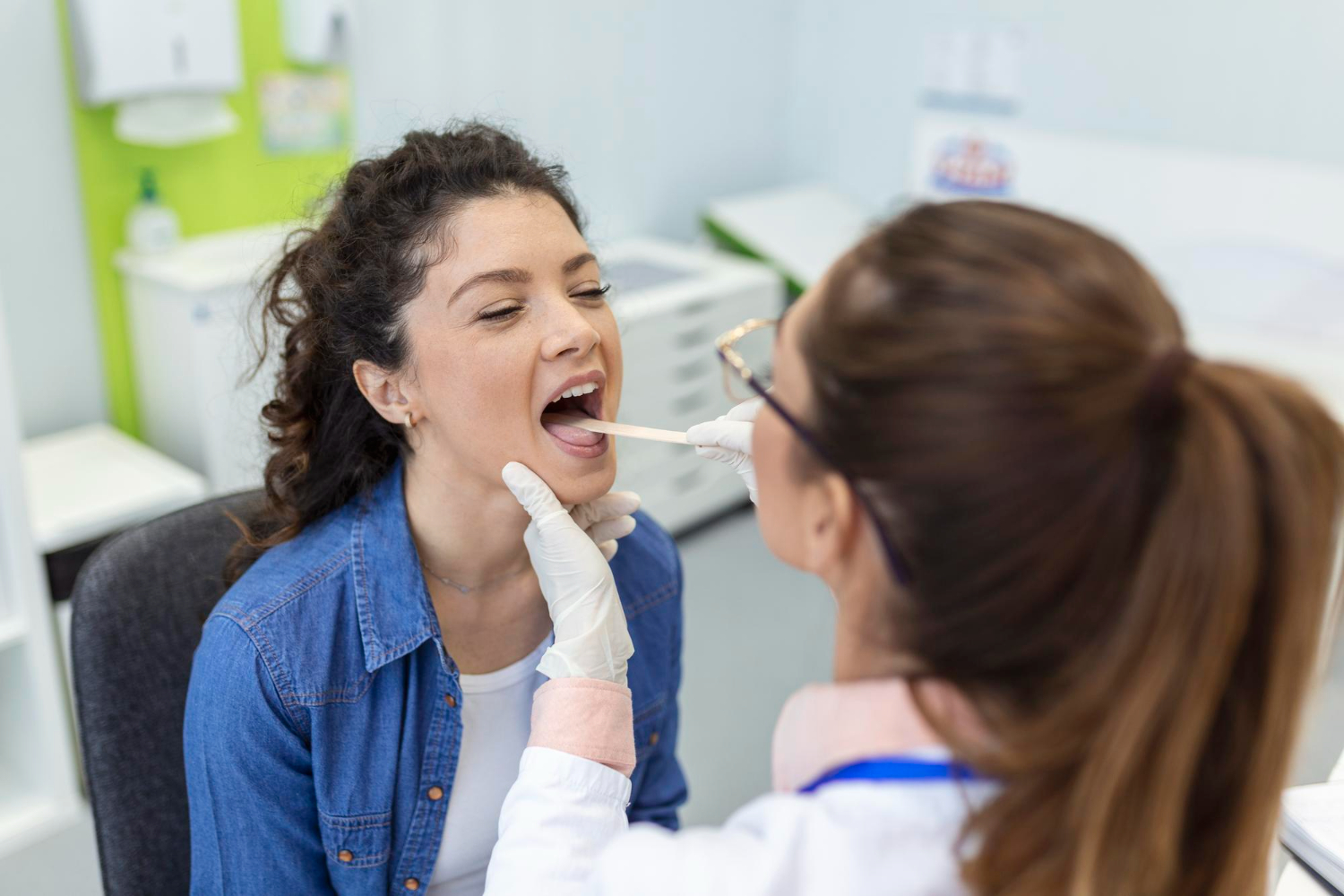 A doctor is looking throat of the female patient.

An orange tongue can also be caused by not taking care of your teeth well or having a dry mouth, which is both common reasons for yellowing.

Antibiotics and meals rich in beta-carotene, for example, may also cause tongue discoloration.

Carotenoids are the pigments responsible for carrots' distinctive orange hue.

The same factors that lead to a yellow or white tongue may also contribute to a green language.

Sometimes, a fuzzy or hairy exterior may form.

A blue tongue might indicate a lack of oxygen in the blood. Consequently, this may authenticate reports from:

What Causes the Tongue to Change Colors?

Problems with the tongue may have several causes.

The longevity and ease of treatment of an issue are often directly related to its root cause.

For instance, a dental practitioner may generally treat a bacterial tongue disease with antibiotics.

Anemia of the tongue, for example, is a symptom of nutritional inadequacy and often disappears after the underlying cause is addressed.

Problems with the tongue may also be brought on by things like a poor diet, cancer, nerve damage, autoimmune illnesses, trauma (such as a bite), or even hormone shifts.

What Does A GREY Coating On Tongue Mean?

A white or gray coating on the tongue might be caused by anything as simple as neglecting your dental hygiene regimen.

The papillae, tiny projections on the tongue, may get inflamed if you don't take care of your teeth and gums.

What Colour Tongue Is Healthy?

The healthy tongue is pink in color, with a white covering on the top and sides.

Seeking medical attention is recommended when changes in the tongue's color, shape, size, or texture persist for more than a few days.

Which Tongue Color Is Best?

It should be pink with a little white sheen on top.

A healthy tongue also has plenty of papillae.

Tiny bumps throughout the surface improve the texture and flavor of whatever you eat.

It should be a light pink color with a little white sheen on top.

A healthy tongue will also have many papillae.

These are bumps along the surface that improve chewing and flavor.

What Do Different Color Tongues Mean?

It's natural and healthy to have a pink tongue.

An overheated body, such as a fever or hormonal imbalance, may cause the tongue to become red.

Inflammation or infection may cause the tongue to become a reddish-purple color.

A light pink tongue could be caused by a lack of vitamins, a weak immune system, or a lack of energy.

Tongue discoloration is rather frequent and may point to a more serious health problem.

The underlying problems vary in severity, with some being severe enough to require medical attention.

The healthy tongue is pink in color with a white covering on the top and sides.

Changes in the tongue's color, shape, size, or texture that last more than a few days should be checked out by a doctor.