Is It A Waste Of Time To Mine Bitcoin 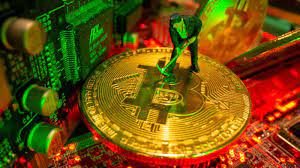 Is it a waste of time to mine Bitcoin? A public address and a private key are generated for everyone who joins the Bitcoin network. People may give you bitcoins to your public address, and you can then use your private key to transmit Bitcoins from your balance. Quick Response (QR) codes may be used to provide these addresses to mobile devices quickly and easily as well.

Senders broadcast their transactions to the whole network (nodes) so that everyone can check that the sender has enough bitcoins to complete the transaction and that he hasn't already used those coins for another one. When a majority of CPU power powering the network validates a transaction, it is recorded on the common ledger shared by all network members, enabling all network members to change the balance of the two transacting members.

Hackers might easily manipulate a voting system that gives each network member one vote by constructing a large number of nodes in order to approve their fraudulent transactions. With no trusted third party, Bitcoin can only overcome the double-spending issue by using a proof-of-work mechanism that measures accuracy based on CPU cycles consumed by members.

Proof Of Work Is Essential To The Operation Of Bitcoin

In a ten-minute period, all validated Bitcoin transactions are recorded and organized into a block. Network members may rapidly check that any given PoW math problem has been solved by a network member if a given node produces a valid solution and broadcasts it to the rest of the network members. A specified amount of bitcoin is granted to the node that properly solved the PoW after the legitimacy of the transactions and PoW are validated by a majority of the network nodes.

In the same way that mining is the only method to increase the quantity of gold, the block subsidy is the only way to grow the supply of bitcoins. As an added bonus, the node that properly solved the PoW will also get the transaction fees that have been tacked on by recipients. The block reward is calculated by adding together the transaction fees and the block subsidy.

Bitcoin's Ledger Has Been Practically Incorruptible

There is no motivation to produce invalid transactions since PoW makes the cost of producing a block very high while the cost of validating its authenticity is relatively cheap. They would waste energy and processing power if they attempted, and they wouldn't get the block reward either. As a result, Bitcoin may be seen as a system that uses processing power to transform energy into accurate data. Since the bitcoin money is awarded to those who use this power to mine it, there is a significant financial incentive for them to keep it secure.

To far, Bitcoin's ledger has been almost incorruptible, with no successful double-spend assault on a verified transaction, because to its strong economic incentive for honesty. It is not necessary to depend on the honesty of any one person to maintain the integrity of the bitcoin ledger of transactions. Because Bitcoin relies purely on verification, it eliminates the requirement for confidence in anybody in order to complete transactions. 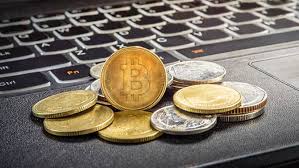 Above the laptop, there are gold bitcoins surrounded by more bitcoin

A majority of the network's processing power must approve an attacker's bogus transactions before he can attempt to put them into the Bitcoin ledger. The integrity of Bitcoin would be undermined and the value of the benefits they are getting would be devalued, squandering the power and resources they have invested in it.

Attackers have no choice but to rely on processing power that accounts for more than half of the network's capacity to authenticate their fraud and proceed as if it were legitimate. In the early days of Bitcoin, when the overall processing power of the network was quite limited, such a move may have been made. However, no such assaults occurred since the network's economic worth was nonexistent or negligible at the time. The cost to attack the network increased as the network grew and more members contributed computing power.