The History of the British Railway 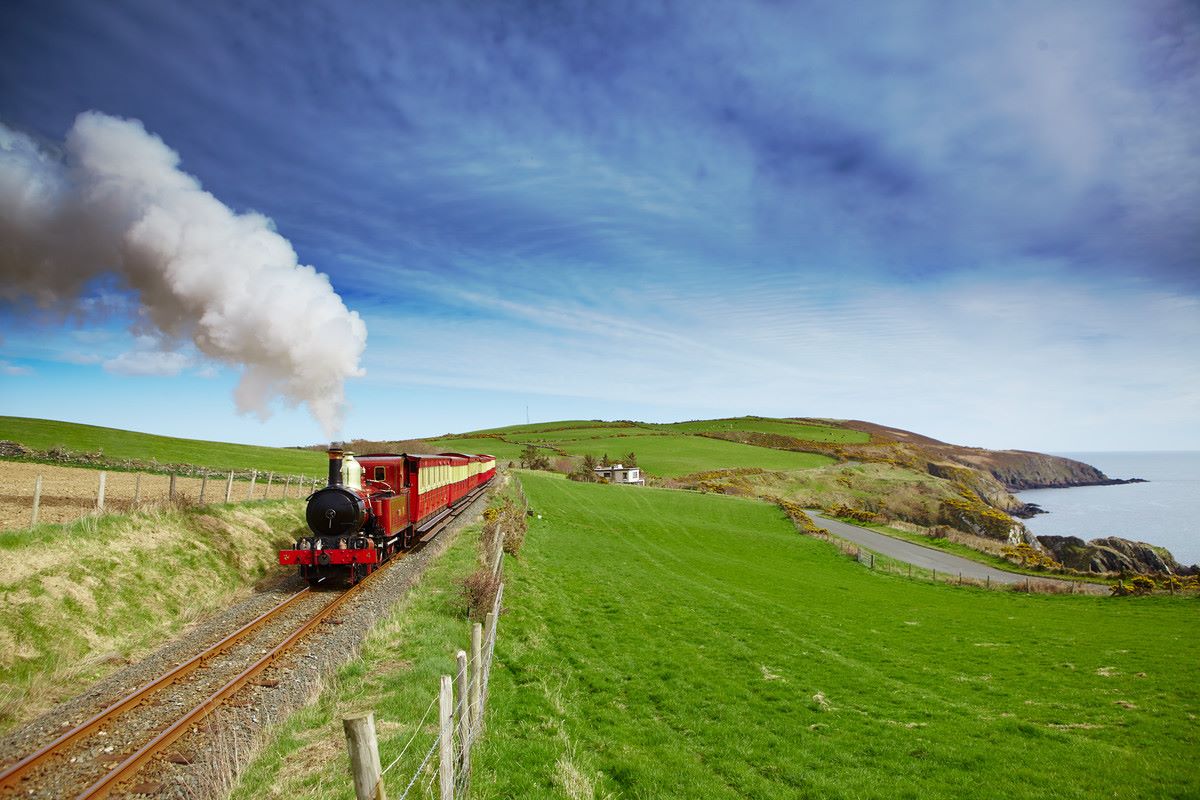 Even though the first steam railway service wasn’t opened until 1825, the principals of early railway date back to the 17th century when wagonways were used to transport coal to the ports of Tyneside. Early records indicate that wagonways were in use in 1704 at Whitley Bay. In 1789 a ‘feeder railway’ to the Loughborough Canal used a flanged wheel system which is still in use today.

In 1803, engineer Richard Trevithick built the world’s first steam locomotive (left). The engine was built at Coalbrookdale in Shropshire, however, there is no evidence to say this engine ever ran. In 1804, Trevithick built a locomotive for the Penydarren Ironworks in South Wales, which did pull 10 tonnes of iron and 70 men. A replica of Coalbrookdale can be seen at the Science Museum in London.

Between 1800 and 1820 many hundreds of miles of wagonways were in use, especially in the North East of England, although none of these lines was being used to transport passengers. In 1801, parliament passed an act, which enabled the Surrey Iron Railway Company to partially construct a line between London and Portsmouth. This scheme gave birth to the first-ever railway company.

Construction of the railway line between Liverpool and Manchester began.

As the opening of the Liverpool and Manchester Railway drew closer a competition was held to choose the locomotive design, which was to run on the railway. In October, the 'Rainhill Trails' took place and George Stephenson's Rocket' (left) locomotive won the competition.

The Canterbury and Whitstable Railway opened in May. On September 15th, and dubbed as the first modern 'mainline' the Liverpool and Manchester Railway opened.

The Liverpool and Manchester Railway was believed to be the prototype for the future of the railway as it used steam locomotives along its entire length, whereas the Stockton to Darlington Railway used both horse and steam power.

According to Intriguing History, history is as follows:

The first railway in London opened from Spa Road to Deptford, which formed part of the London and Greenwich Railway.

The Grand Junction Railway opened in July between Birmingham and Warrington. This formed part of the first mainline linking London, Birmingham, Manchester and Liverpool.

The pioneering Great Western Railway (GWR) opened its first section from Paddington to Maidenhead in June, using a 7-foot gauge.

Isambard Kingdom Brunel was the first chief engineer of Great Western Railway and thought that a wider gauge would mean that coaches were less cramped and that the railway would run more efficiently.

George Stephenson's 4-foot 8.5-inch gauge was already in use across the country.

In September the London and Birmingham Railway opened.

The first railway to cross the Pennines was opened by the Manchester and Leeds Railway in March.

The Edinburgh and Glasgow Railway opened in February.

'Railway Mania' started when 273 railway proposals received Royal Assent. The Gauge commission met and decided that Stephenson's 4-foot 8.5-inch gauge would become Britain's standard and that Brunel's system would have to be changed.

The London to Edinburgh line along the East Coast was opened.

The first city underground railway was opened in London between Bishops Road and Farringdon Street.