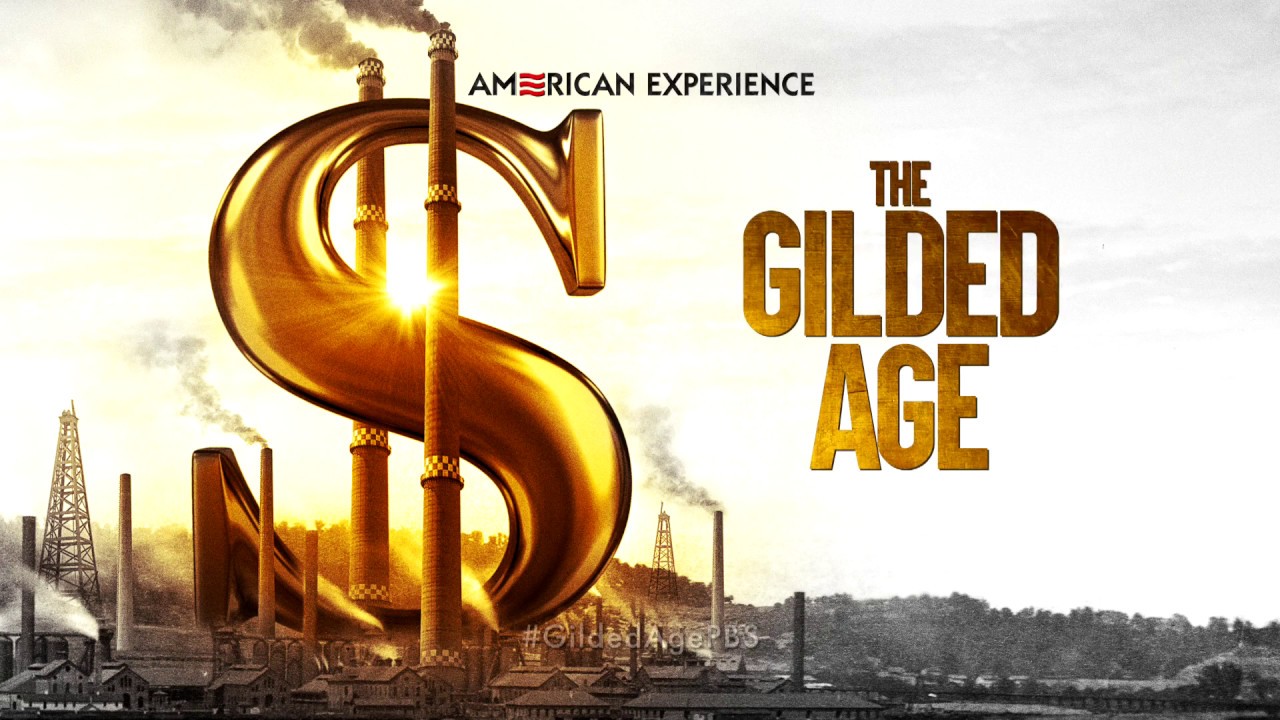 Downton Abbey creators are working on a new miniseries, and we think you'll like it. The Gilded Age is the title of a new HBO series with a star-studded cast.

The series is a historical drama set in late-nineteenth-century New York City during the eponymous Gilded Age, and it follows a diverse cast of characters as they negotiate a rapidly changing society. What is it all about, exactly?

According to HBO, "it's 1882, and the Gilded Age is in full swing when Marian Brook, the orphaned daughter of a Southern general, moves in with her stern conventional aunts in New York City."

Marian, with the assistance of Peggy Scott, an African-American woman masquerading as her maid, is drawn into the dazzling lives of her affluent neighbors as she struggles to decide whether to follow the rules or create her own way." 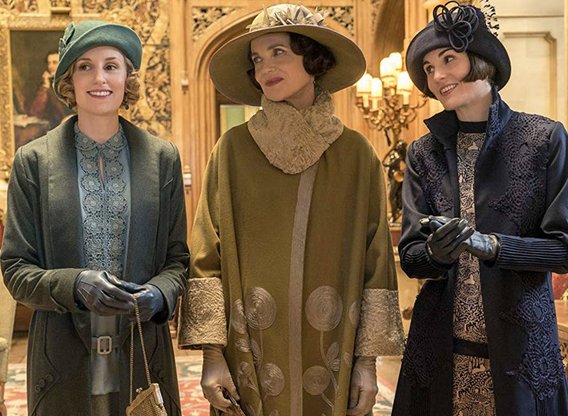 The American Gilded Age was a period of immense economic change, of huge fortunes made and lost, and the rise of disparity between old money and new.

The Gilded Age HBO Plot And What Happens

The Gilded Age, Julian Fellowe's newest historical drama, is set in and around New York in the 1880s. The program will chronicle the comings and goings of the top echelons of New York's high society during this period of affluence in the United States as a result of the economic boom.

The orphaned daughter of a Union general who comes into the New York City house of her completely old-money aunts, Agnes van Rhijn and Ada Brook, starts the tale in 1882.

Marian, accompanied by Peggy Scott, an accomplished African-American woman, inadvertently becomes caught up in a social war between one of her aunts, an old-money scion, and her obscenely wealthy neighbors, the ruthless railroad tycoon and his ambitious wife, George and Bertha Russell, and their son Larry.

Julian Fellowes, eager for his numerous admirers to engage in the characters, is keen to stress out that The Gilded Age is not a precursor to Downton Abbey, which began in 1912 with the news of the Titanic's sinking.

Julian explains, "In reality, The Gilded Age is about a time far earlier than Downton Abbey." "It's 1880s New York, with all the many kinds of activities that were going on."

The Gilded Age: The ‘High’ Point in America’s History

The series started filming in February at the estates of Chateau-sur-Mer, The Elms, and The Breakers in Rhode Island. It then went to New York, where it was filmed in the Lyndhurst Mansion in Tarrytown, as well as other locations around the city, including Fifth Avenue in the 1970s and Bethesda Terrace in Central Park.

For a few weeks, filming took place in Troy, between Second and Third Streets, surrounding the city's beautiful Washington Park. This is one of the state's two private residential parks (the other being Gramercy Park).

Both parks have caretakers who have the keys to open the park gates and live adjacent to the parks. The architecture in the neighborhood is ideal for portraying Manhattan in the nineteenth century.

A casting firm advertised in The Times Union that it was seeking extras. To play parts in the 1880s, producers are looking for ladies with long hair who are willing to wear corsets and bustles, as well as males with facial hair and children. 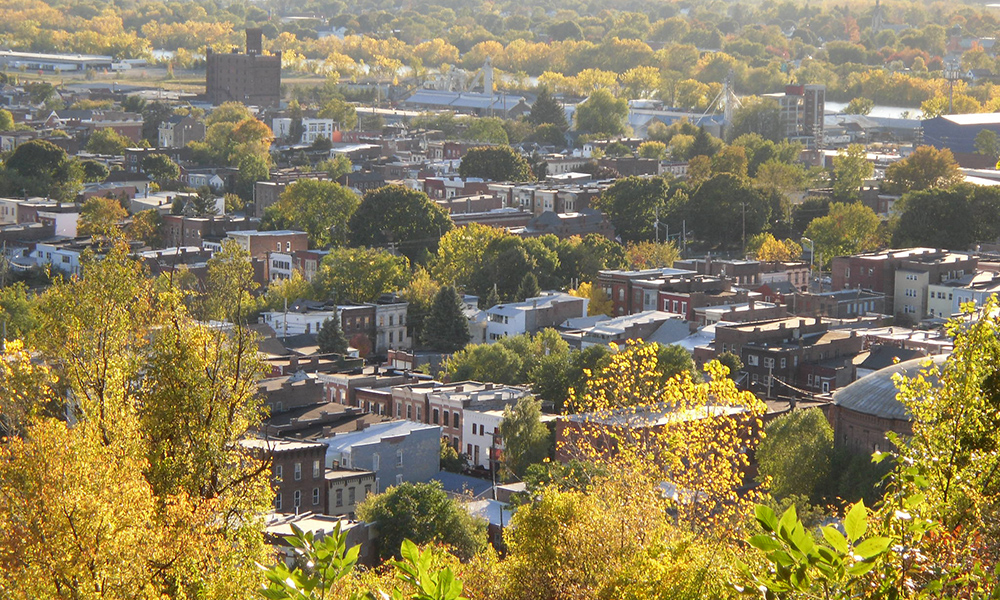 HBO filmed in Troy for a few weeks between Second and Third Street around its urban ornamental Washington Park. It is one of two private residential parks in the state, the other being New York City's Gramercy Park.

Beginning in 1882, the series is set in the eponymous era of American history. It follows Marian Brook, the orphaned daughter of a Southern general, as she moves into the house of her strict aunts in New York City.

Marian is accompanied by the enigmatic Peggy Scott, an African-American woman who poses as her maid, and she becomes engrossed in the glitzy lives of her opulent neighbors, headed by a cruel railroad tycoon and his ambitious wife, who are vying for acceptance among the Astor and Vanderbilt elite.

"The Gilded Age" was originally ordered to series by NBC before being picked up by HBO in May with a 10-episode commitment. Agnes van Rhijn will be played by Baranski.

The character is characterized as a haughty and obstinate nobleman who refuses to recognize that the world has changed and that old ideals have given way to new ones. Even before the war, she found herself destitute when her parents' plantation began to fail, but she was able to find a spouse just in time.

Agnes has a kid called Oscar, whom she adores, but who does not love her back. Baranski is presently starring in "The Good Fight" on CBS All Access .That program is a spinoff of CBS' "The Good Wife," for which Baranski received six Emmy nominations.

UTA and Viking Entertainment represent her. Ada Brook will be played by Nixon. Ada, like her sister Agnes, was a victim of the old south's collapse, but unlike her sister, she never discovered a route out until it was too late, and she was forced to rely on her sister's charity.

She isn't aggressive by nature, but she is capable of sticking up for what she believes in. Nixon, who featured in the popular HBO series "Sex and the City," is returning to the role.

For her work on the program, she was nominated for three Emmys and four Golden Globes, winning the Emmy for best supporting actress in a comedy in 2004. She'll next be seen alongside Sarah Paulson in Ryan Murphy's Netflix series "Ratched." "Hannibal," "The Affair," "Broad City," "Alpha House," and "The Big C" are among her other recent TV appearances.

UTA and Brookside Artist Management represent her. Bertha Russell will be played by Peet. Bertha is from a typical middle-class family. When she went out to capture her spouse, George, the son of a merchant family who had been shown to be a financial genius, she trusted her intuition.

She is adamant about using her wealth and status to break into a culture that is averse to change at every step. Peet previously appeared in HBO's "Togetherness." She was also seen in a number of episodes of "The Good Wife." She will appear in the second season of "Dirty John" on the USA Network.

"Something's Gotta Give," "The Whole Nine Yards," "Syriana," "Please Give," and "Igby Goes Down" are among her cinematic credits. The Gersh Agency, Management 360, and Hansen Jacobson are her agents. George Russell will be played by Spector.

Russell is a nice enough company for a typical robber baron of his day. He loves his wife and children, but he's a cutthroat businessman. He's already amassed millions, and he'll soon amass billions.

George must triumph at every obstacle. Spector will next be seen in HBO's miniseries "The Plot Against America." He's also featured in Netflix's "Orange is the New Black," Showtime's "Homeland," HBO's "Boardwalk Empire," and the "Suits" spinoff "Pearson." 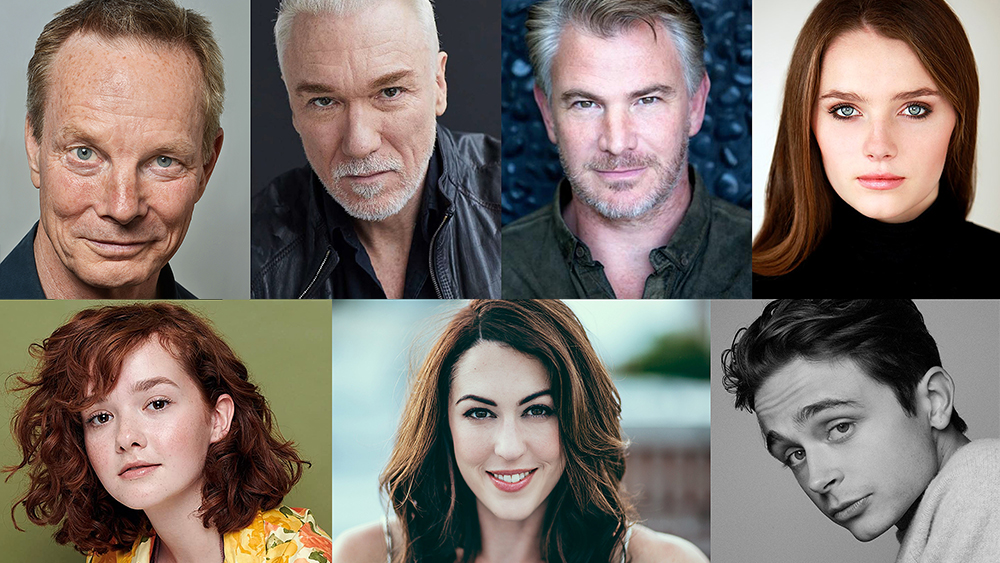 The Gilded Age series has yet to be given an official release date. The Gilded Age is set to arrive around late 2021 or early 2022.

Has The Gilded Age Started On HBO?

"The Gilded Age" will premiere on HBO in February 2022, according to Horgan, and HBO has already begun discussions with the city regarding future shooting for a second season.

Is The Gilded Age On Tv Yet?

However, we anticipate that the nine-part drama will premiere sometime in 2022 on HBO in the United States and Sky Atlantic in the United Kingdom.

Who Was Involved In The Gilded Age?

Rockefeller (in oil) and Carnegie (in steel) were referred to as "robber barons" because of their wealth (people who got rich through ruthless business deals). The Gilded Age was named for the many large fortunes that were made during this time period, as well as the manner of life that these riches enabled.