100 Years Ago, The Dream of Icarus Became Reality 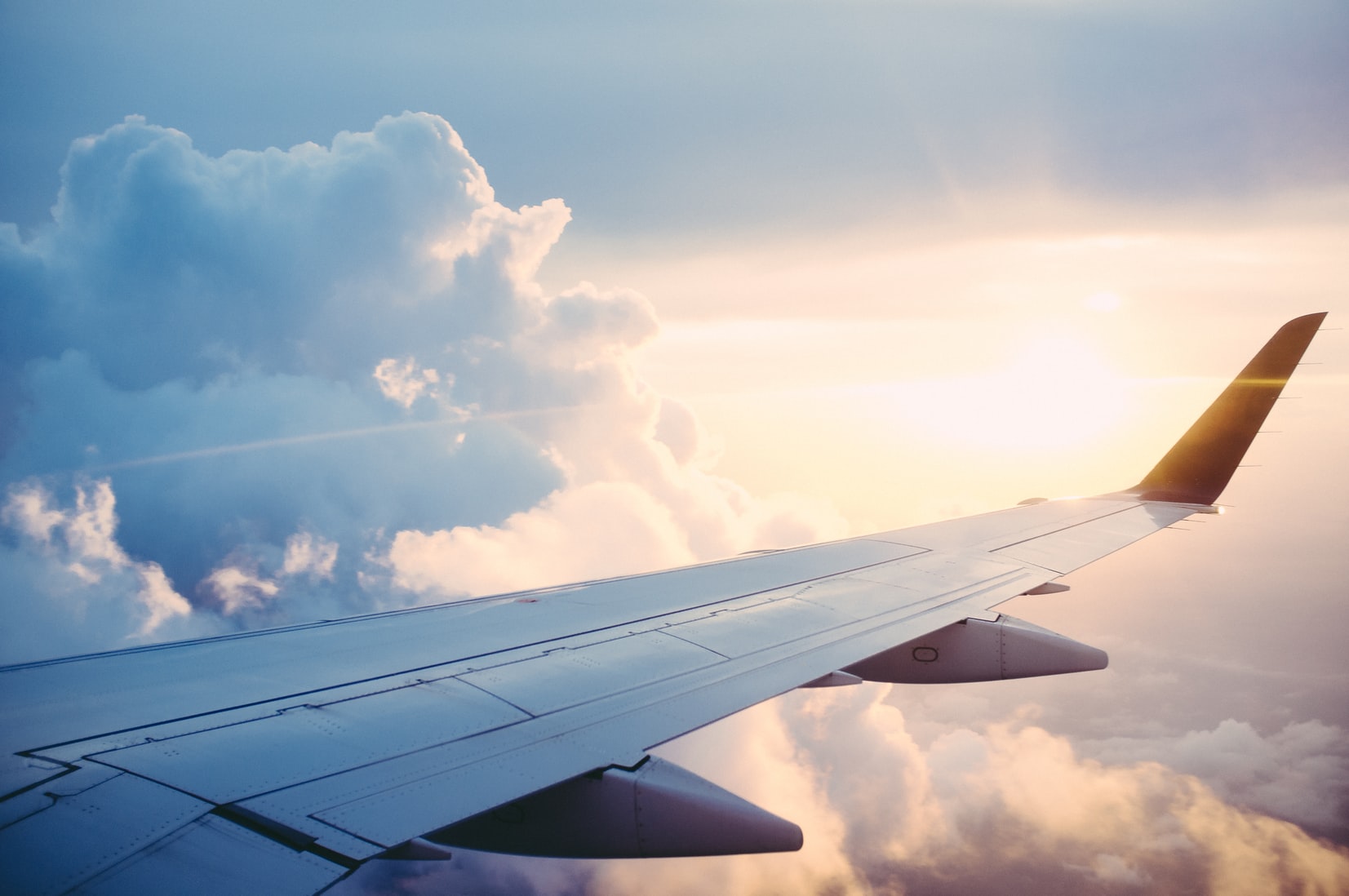 Where It All Started

Thursday 17 December 1903, in the USA, on the deserted beaches of North Carolina, at a place called Kitty Hawk. The dawn was grey and misty; it had rained during the night. Looking into the distance the ocean seemed black, the wave crests forming white horses. There was a cold wind blowing, making the sand swirl a bit and the sparse thorny shrubs growing on the dunes sway gently. Orville, the younger of the two Wright Brothers, observed the wind, trying to estimate its strength and direction.

Since sunrise, the north-north-easterly wind had been steady, but strong, at about 20 kt (>35 km/h). But now everything was ready, no detail had been neglected. The two brothers knew the place well and understood the pattern of winds over these beaches perfectly. They had already spent three long periods of time at Kitty Hawk in 1900, 1901, and 1902. They had made more than 1000 flights on their gliders, ground-hops from one dune to another, and they had acquired a solid mastery over their machines.

This year they have high ambitions: if everything works according to plan, they intend to carry out the first-ever powered, controlled flight in history in a heavier-than-air machine. For the past several weeks they have been fettling their new invention, this motorized flying machine that they have baptized the “Flyer”.

The design of the Flyer was entirely based on the experience and data that they had accumulated in the previous years flying their gliders. The way the airplane was constructed incorporated all these parameters. It is a wood and fabric biplane; 12.3 m long with a total wing area of 47.4 sq m. But there is just one problem: it’s a bit heavy. Including the engine, propellers, and pilot, 350 kg! According to their calculations, the maximum weight which will still allow them to get airborne would be something like 310 kg. So the slight excess of engine power and the strong wind on this December morning is destined to prove very useful.

They make the decision to fly and Orville wins the draw to make the day’s first attempt.

In one of the little wooden huts that serve both as workshops and as makeshift accommodation for the Wright Brothers, the mechanic Charles Taylor, who was responsible for building their engine, checks the tension of the transmission chains. Through a cunning system of pinions, gears, and chains, this little four-cylinder engine drives two propellers.

For the Wright Brothers, this engine is simultaneously their pride and joy and their main source of concern. They devised and designed it and Charles Taylor built it in the workshop of the family business in Dayton, Ohio. Orville and Wilbur Wright run a bicycle sale and repair business. So it is not at all surprising that some of the parts used to build the engine come straight out of their technical stock-room.

Attempts In Making Flyer Take Off

From 1900 onwards the brothers paid visits to automobile exhibitions. In New York, they met French engineers who had built small cars fitted with an engine that developed about 20 horsepower. But these units proved to be much too heavy. The engine to be fitted to the Flyer could not exceed 80 kg!

What is more, this car engine, with its large frontal radiator, was anything but aerodynamic. And so they resolve to take things into their own hands, and to design and build their own engine, exploiting every possible way of making it as light as possible.

For this, they use aluminum, a new material at that time, whose range of applications was only just beginning to be discovered.

The water in the cooling system circulates in a series of tubes which rise as far as the level of the upper wing; the system is fully exposed to the airflow and only generates a small amount of additional drag.

However, once installed and filled with oil and fuel even this engine still weighs 82 kg.

It develops 16 HP during the early part of the flight, and then as it warms up, the power generated drops to13 HP. The power/weight ratio of the Wright Flyer, therefore, remains very precarious.

In order to take off, the aircraft needs to reach a speed of a least 40 km/h. As it is impossible to persuade it to taxi in the sand, the Wright Brothers have had a wooden rail laid down, just over 20 m in length. Taking into account the weight of the Flyer and the power of the engine, they also calculated the wind speed needed: 35 km/h.

On the morning in question, it was the son of the Kitty Hawk postman who had assembled the wooden rail for them and oriented it exactly into the wind. Then he returned to the village to invite some of the local inhabitants to come and witness the event.

With this north-north-easterly wind of 40 km/h, Orville is certain that he will be able to take off; but the difficult part will be to keep the Flyer on its rail and then to stabilize it once it leaves the ground!

Three days previously, Wilbur had achieved a perfect takeoff; he was 5 m up in the air and tried to initiate a turn to the left. The biplane banked more and more steeply and then stalled and fell back to earth after a flight of some 30 m. The sand absorbed the impact very well and there was no damage.

The two brothers had been through dozens of incidents of this nature. Each time they analyzed them carefully, reviewing the maneuvers they had made, the attitude, and the reaction of the airplane. Everything was very carefully written up.

Orville and Wilbur Wright had quickly realized the historic importance of their experiments. They progressed step by step, always trying to understand the aerodynamic phenomena in theory before experimenting in practice. In Dayton, they even built a small wind tunnel, the first such aerodynamic test-bed, in which they tested several models. They did not put their lives at risk wantonly. 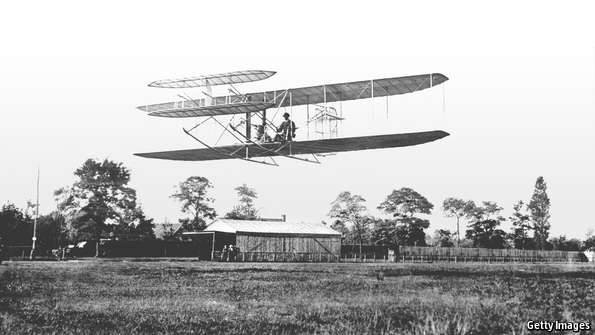 They stationed the Flyer at the end of the rail and anchored it securely using a tethering rope. Orville stretched out in the prone position between the two wings and grasped the control levers. The engine started and it ticked over perfectly. Orville applied full power and released the tether. The Flyer slid along the rail slowly gaining speed. Five people from the village witnessed this historic event, and fortunately one of them was a photographer.

The pilot gently eased back the controls and the aircraft left the ground. It flew! Less than 10 feet above the ground, but airborne nonetheless. Exactly as the two brothers had predicted.But, thrown out of balance by a slightly stronger than average gust, the Flyer returned to earth after only 12 seconds of flight, hitting a dune 36 m further on. Orville had been unable to keep control and one of the tail control surfaces had broken.

The aircraft’s control system was very cleverly designed. A set of cables allows one wingtip to be raised whilst the other is lowered. Another control, the very one that broke during the first flight on 17 December, acted on the tail-plane, which was positioned behind the wings at the end of several struts.

This system allowed them to control the stability of the aircraft in flight, to cause it to climb and descend, and above all to make turns.

It is certainly this that represents the great contribution of the Wright Brothers to the conquest of the air. Not only did they succeed in making the heavier-than-air machine take off and fly, but they also invent the art of piloting.

The cable to the tail control surface was quickly replaced and the Flyer put back on its rail. The time now for the second flight of this historic morning, this time with Wilbur at the controls. He made just over 50 m. The third flight by Orville was well controlled and achieved 60 m.

The fourth flight is the one that will go down in the annals of history. Wilbur stayed airborne for 59 seconds and covered 260 m. in a flight that remained perfectly stabilized and under control.

That was the last flight of the day and they hardly have time to savor their triumph. A gust of wind overturns the Flyer and it is seriously damaged.

With help from the villagers, Orville and Wilbur put their machine away in one of the huts and return to Kitty Hawk. They sent a brief telegram to their father :